Swindon Town Football Club are delighted to announce the signing of forward man Alex Gilbert on a season-long loan deal from Brentford FC.

The Reds have moved to bolster their attacking options on Transfer Deadline Day by bringing in Gilbert for the remainder of the 2021-22 EFL Sky Bet League Two.

Arriving from Premier League outfit Brentford, Gilbert will add a different dynamic to the Town front-line and his style of play and appetite for goals will be an instant crowd pleaser at SN1.

Having risen through the Academy ranks at West Bromwich Albion, Gilbert left the club at the end of the 2019-20 season and proceeded to sign a two-year contract with Brentford, with the option of a further year’s extension.

The attacker was a huge success for Brentford B, both scoring and creating goals, and he appeared in a couple of FA Cup games for Brentford, while also being involved with the first-team for a number of EFL Sky Bet Championship fixtures.

Gilbert has also impressed on the international stage having represented Republic of Ireland at both U19 and U21 level, playing 69 minutes for the U21 in a 2-1 victory over Wales. 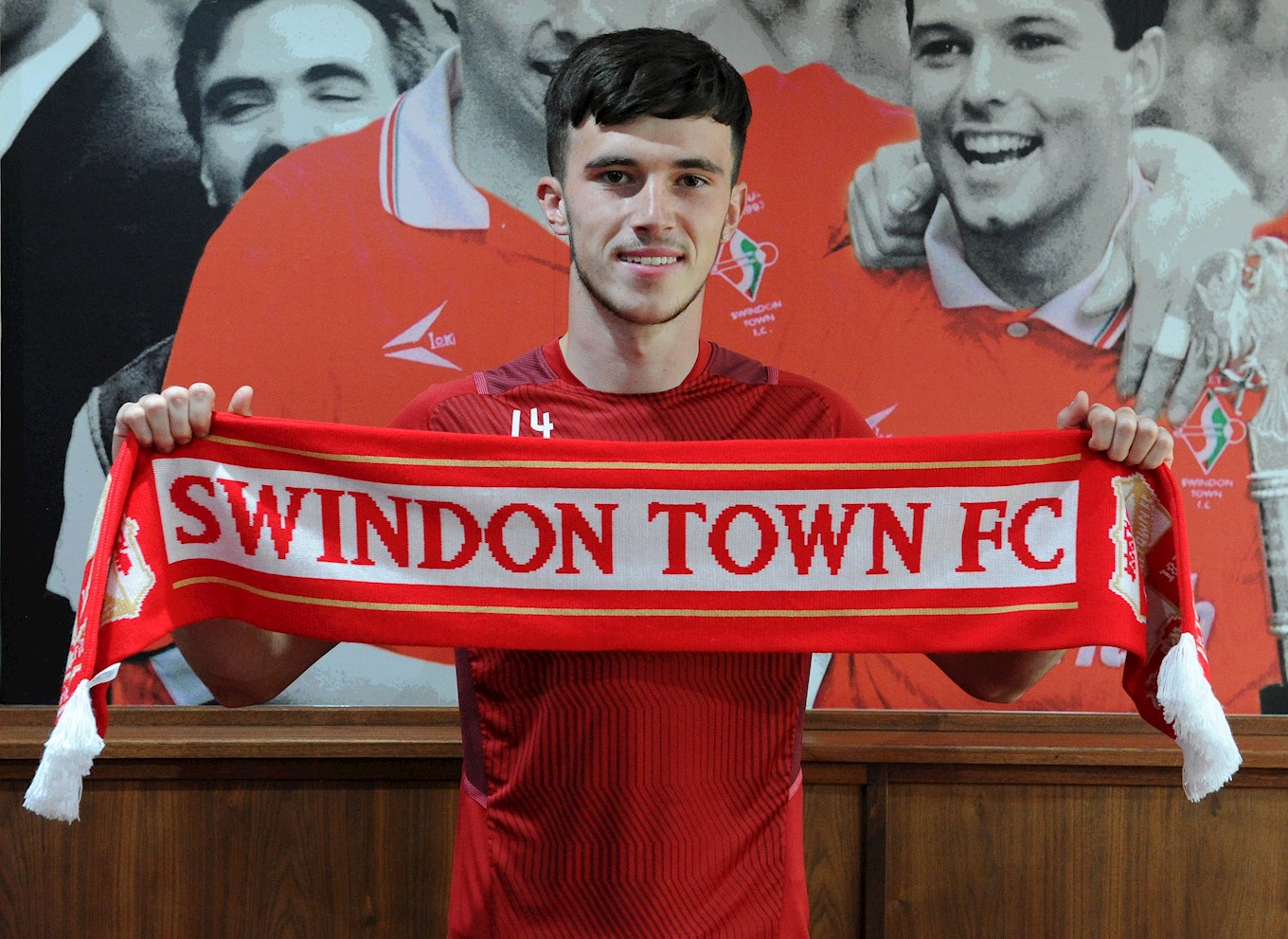 Town’s Director of Football, Ben Chorley, said: “I first made contact with Brentford four weeks ago regarding taking Alex on loan. I watched him a number of times in preseason play for the first team.

“He plays with a hungriness, a desire to get shots off and always looks to create goalscoring opportunities.

“He is very dynamic, is excellent in the air and is a scorer of all types of goals.

“The style and pace of play that he is coached at Brentford, really fits in with the process of what we’re trying to create here.

“We wish him all the best for his time with us.”

Gilbert’s arrival rounds off what has been a hugely productive summer Transfer Window for the Reds.

Gilbert will wear number No. 19 for Town during his time at The County Ground.