Jonny Williams praised his Town Head Coach and team-mates after playing a starring role in our superb 1-0 win over Mansfield Town at The County Ground on Saturday.

With the game deadlocked at 0-0 approaching the hour mark, Head Coach Ben Garner introduced Williams into the fray and it was a decision that paid off immediately.

On the pitch for less than 60 seconds, the Welsh wizard played a sublime one-two with Jack Payne before racing down the left flank and firing in a mouthwatering cross that was met by Tyreece Simpson who smashed home his first goal for Town.

It was a moment of magic by Williams and the Reds, and the Welsh international paid tribute to those around him in the wake of a big, big win at SN1 that maintained our excellent start to the 2021-22 EFL Sky Bet League Two season.

"The Gaffer told me before I came on to just believe in myself, go and enjoy it and be the player he knows I can be," Williams told swindontownfc.co.uk.

"When you hear those words of confidence coming from your manager, you have no fear again and it feels like I'm 19 again.

"He just breeds confidence into my game and he makes me feel like I can do things that I know I can do.

"It is lovely to play with players like Payney (Jack Payne), he's on my wave-length and playing one-two's and gives-and-go's - we've got some really talented footballers at this club that are probably better than this level.

"It is a pleasure to play with them.

"I was delighted to see that Tyreece was on the end of it because I know he's been hungry to get his first goal, and he's been working so hard for the team.

"When I saw him on the end of it I was just as delighted for him.

"He's been brilliant and as a striker it gets frustrating if you go a few games without a goal, but the team has been doing well and he's been a big part of that.

"Now he's got his first hopefully he can carry on and believe that he can score a lot of goals, and it is up to us to get him the ball in the box and it is up to him to finish it.

"It was a great finish by him with the outside of his left foot." 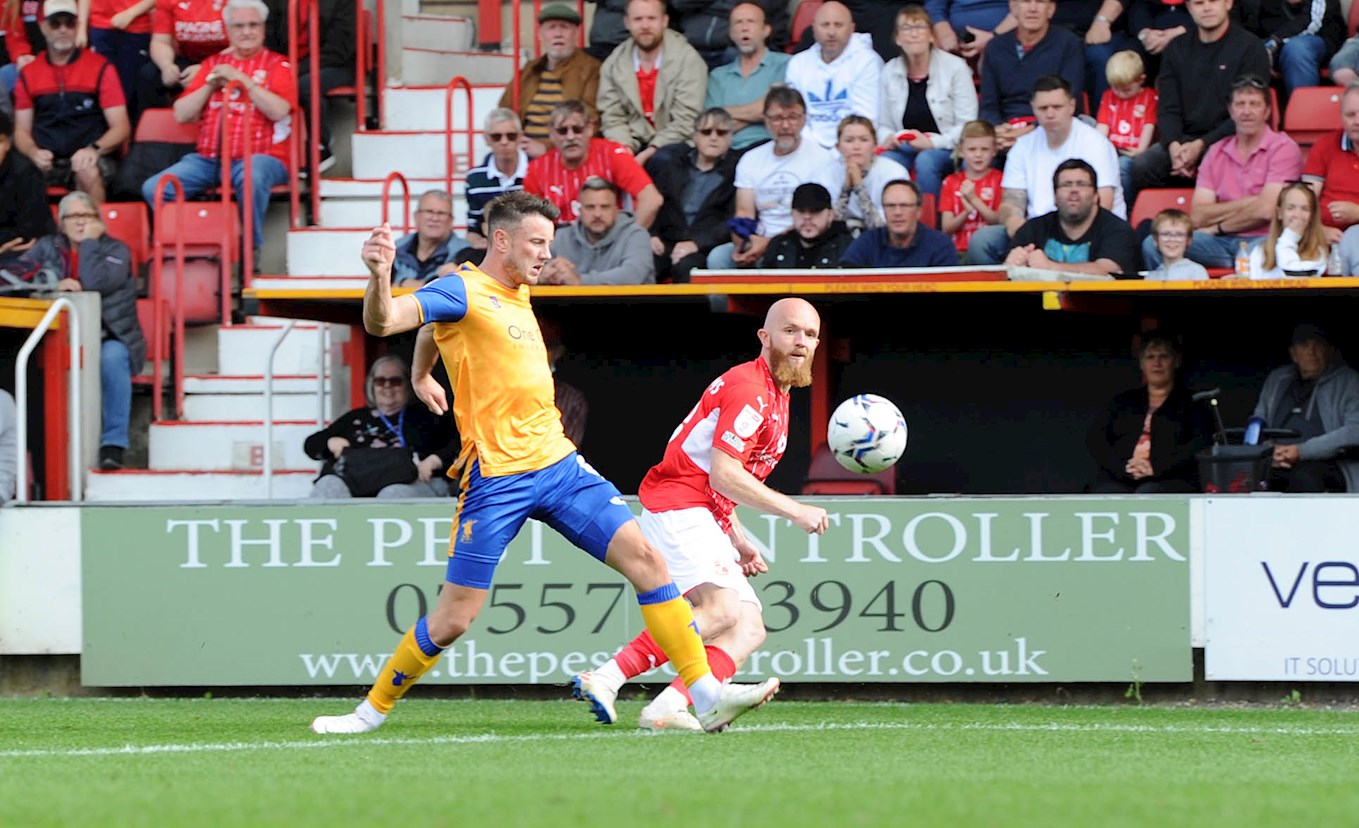 Williams also reflected on his first experience of hearing The County Ground roar, with the roof being blown off after Tyreece Simpson's winner on Saturday.

"It was brilliant and I've missed that feeling," Williams continued.

"You're playing for the boys as well as the fans and when you see what it means to the fans when you score, it is an amazing feeling and I've really missed playing in-front of crowds.

"To be signed here is brilliant and to be playing in-front of them, I'm going to enjoy every moment.

"The Gaffer told us before the game that people have made so many sacrifices in our lives to get to this point, to be playing professional football as a job and it is something people dream of as a kid.

"He wanted to make sure we appreciated that and enjoyed that on Saturday, and we certainly did that for sure.

"The fans were excellent and they got us over the line with every clearance, every save, every block and it was a perfect day."