A second consecutive away fixture beckons for the Reds who will take on 20th placed Bristol Rovers.

Town were overcome in the sub-zero temperature on Tuesday night by Portsmouth who were 2-0 victors through goals either side of half-time by Ronan Curtis and Ellis Harrison.

It was also the fourth match in eight games where Town were pitted against teams in the top eight of the division.

However, the journey to Bristol Rovers represents another crucial contest as Town are clipping their host’s heels with only goal difference separating the two sides.

The meeting at the County Ground between the two sides earlier in the season was a hard fought and tough affair, with the Reds coming out on top thanks to a 75th minute header by Brett Pitman on 21st November.

As well as the last match ending victoriously for the Town, they also enjoy the slightly better overall record against Rovers with the Reds recording 45 wins to Rovers’ 38 wins between 2020 and 1921.

This weekend’s hosts have also been struggling in recent weeks having to endure some painful results.

Rovers started 2021 with a bang, beating Blackpool at home 2-1 before testing Sheffield United  in an entertaining 3-2 defeat in the 3rd round of the FA Cup.

However, since then they have found stringing results together difficult as they have not recorded a victory since their heroics against Blackpool and they have lost six out of their last eight matches including a painful 6-1 away defeat to Accrington Stanley.

However, they have proved to be stubborn opposition who are tough to break down, securing 0-0 draws away to Peterborough and Fleetwood Town in 2020.

The Rovers dangermen to look out for is striker Brandon Hanlan and left-back Luke Leahy who top the Rovers’ goalscoring and assist charts respectively.

Town will have to be wary of the counter-attack and will need to muster a similar performance to the home match between the two sides.

Emergency loan signing Jojo Wollacott will be handed his debut at the Memorial Stadium, signing after the departure of Mark Travers.

The game is available to stream via iFollow STFC, where supporters are able to purchase a Match Pass for a fee of £10.


Swindon Town’s second consecutive match at the County Ground will be a West Country derby against Bristol Rovers. 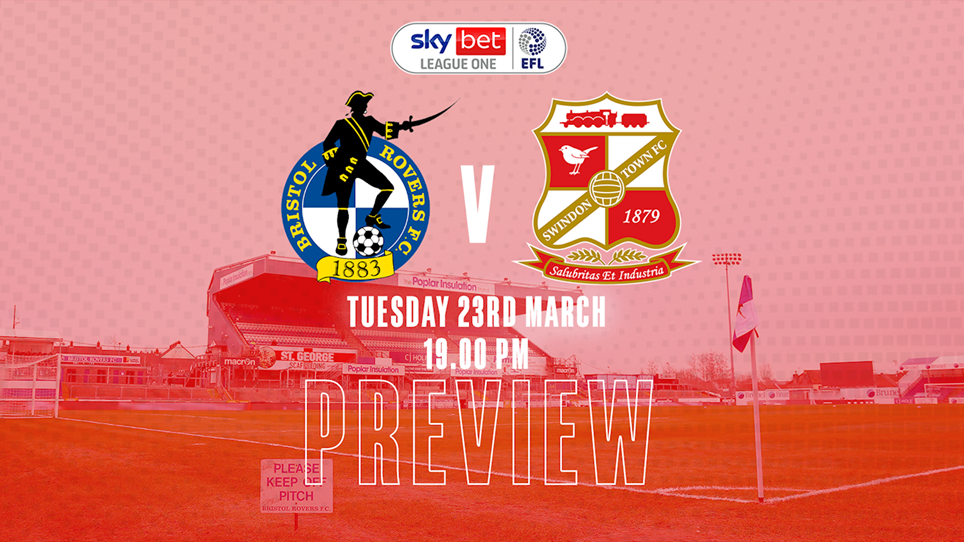 
A second consecutive away fixture beckons, as Swindon Town travel to Bristol Rovers in what could be a defining fixture in the race to remain in League One.