Swindon Town are delighted to announce the permanent signing of Ben Gladwin on a 1-year deal. The deal is the first signing under new owner Clem Morfuni.

We sat down with Ben to discuss his arrival.

Ben. Welcome back, how does it feel to return to Swindon?

Yeah I’m delighted. The club's obviously been through a tough time recently but just the feeling over the last couple of days, the new takeover obviously and the new bodies coming in, I think it's an exciting time. You can sense the excitement around the place and get the club going somewhere.

A lot has changed since you were last here, what was it that made you feel you wanted to come back?

I’ve obviously always had a soft spot for the club in terms of them taking me out of non-league. We had a very successful time, I think it was 2014/15, we’ve all got very fond memories of that and my little boy starts school in September, I’m a local lad in terms of just being down the road in Reading, and I think things just fit so I’m looking forward to it.

With a new owner, CEO and management staff, how exciting is it to be part of ‘project rebuild’ so to speak?

Definitely, it’s something to get your teeth stuck into and we can set some ambitious goals. Having met everybody, the manager and the coaching staff, they all seem like great guys with great ideas and I’m looking forward to getting started.

What in particular did the manager say to persuade you to re-sign for the club?

Just in terms of the brand of football that I think he wants to play, is definitely something that I like to do and I’ve done that throughout most of my career, and played a certain way which I’m looking forward to, and probably like you said as well, being part of rebuilding the club, the club is very close to my heart, and I’ve had some good times with and I look forward to trying to help with that.

You’ve had a bit of time training with the lads, first impressions of the group?

Yeah good, I think there’s a few trialists in at the moment and then there’s a few signed boys and there’s actually a great sort of core of the squad here already which is positive. Really impressed with the standard in training, and obviously the hot weather has been tough but it’s been enjoyable and there’s a good vibe around the place.

Town fans will remember you for ‘that’ goal and ‘that’ game against Sheffield United, are they the scenes you want to be replicating this season?

That would be incredible, I mean if we get to the playoffs, that’s obviously the aim really isn’t it, to be at the top of the league and trying to push for promotion again so we’ll see how the season pans out and I’ll give my best to obviously do that.

Do you have any personal goals you’re looking to achieve back at the county ground?

Finally, with a real buzz around the place now, how excited are you to get back in front of the Swindon fans on a matchday?

Definitely. From what I hear, it's going to be rocking when everyone gets back in and it's obviously been a tough time, the last year and a half or so for everyone so to get everyone back in the stadiums and playing some good football and winning games will be amazing. 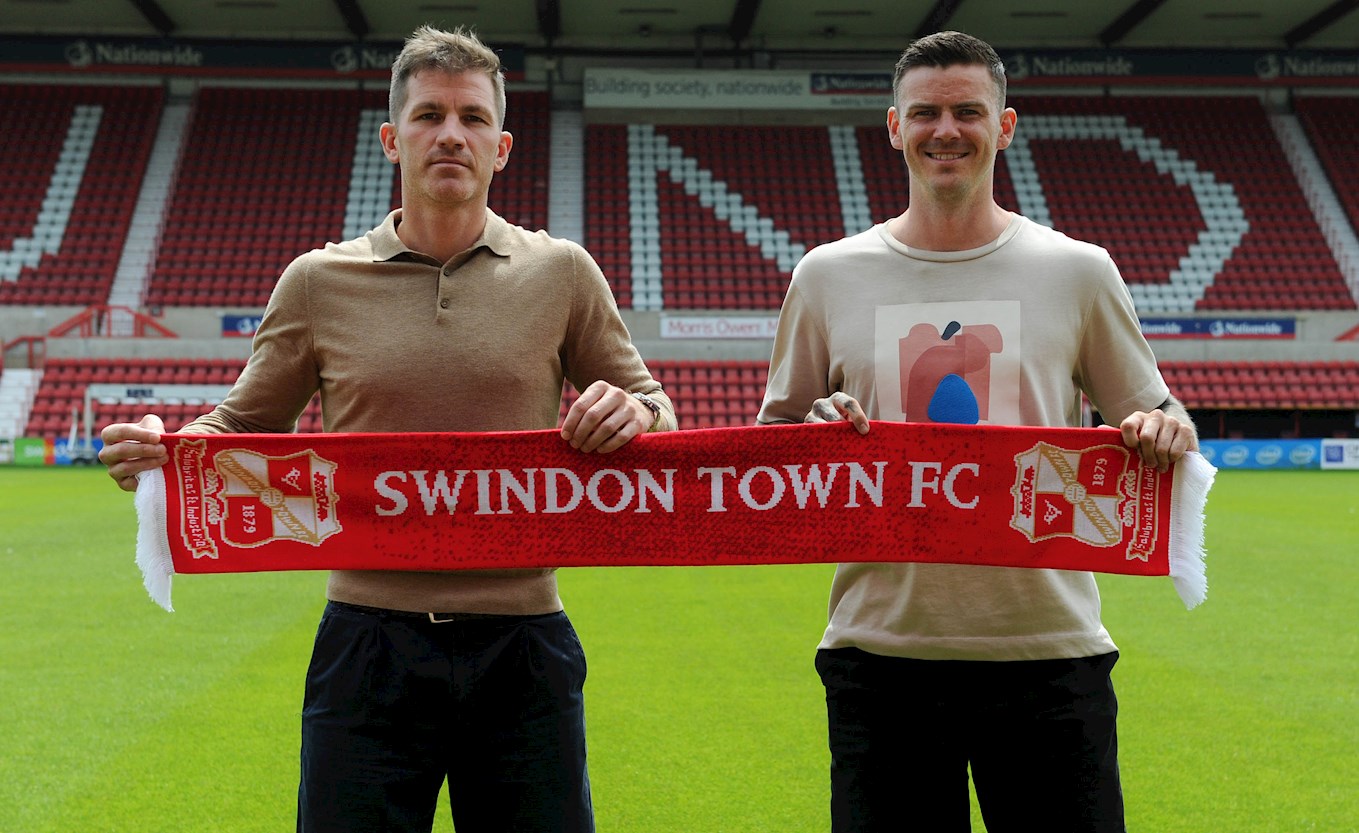 On the arrival of Gladin, Director of Football Ben Chorley commented,

He is somebody both myself and Ben Garner have admired from afar for years. His football doesn’t need no introduction to the Swindon fan base. He has enormous quality, he is in great shape and comes at a perfect stage of his career for himself and us. He will fit perfectly into the style of play the club want to implement We hope Ben is the first of many.

We would like to wish Ben the best of luck for his time here at the football club.