Levi Francis was on cloud nine after his hat-trick fired Swindon Town U18's into the Second Round of the FA Youth Cup on Tuesday night.

The Young Reds were frustrated by Winchester City in the first-half of their First Round tie on Tuesday night at Gloucester City, but it was a different story after the break.

Defender Sami Kern gave Town the lead with 52 minutes played before Francis stole the show with a superb hat-trick, while Thomas Wynn-Davis secured the win with a real poacher's finish late on.

And, in the wake of the game, Francis spoke with swindontownfc.co.uk to give his thoughts on his team securing their place in the next round of the FA Youth Cup.

"The first-half was very tough and I thought we were really sloppy to start with," Francis said.

"We underestimated the team and we were very poor, but then second-half we came out, we were a lot stronger as a team and we put on a much better performance. 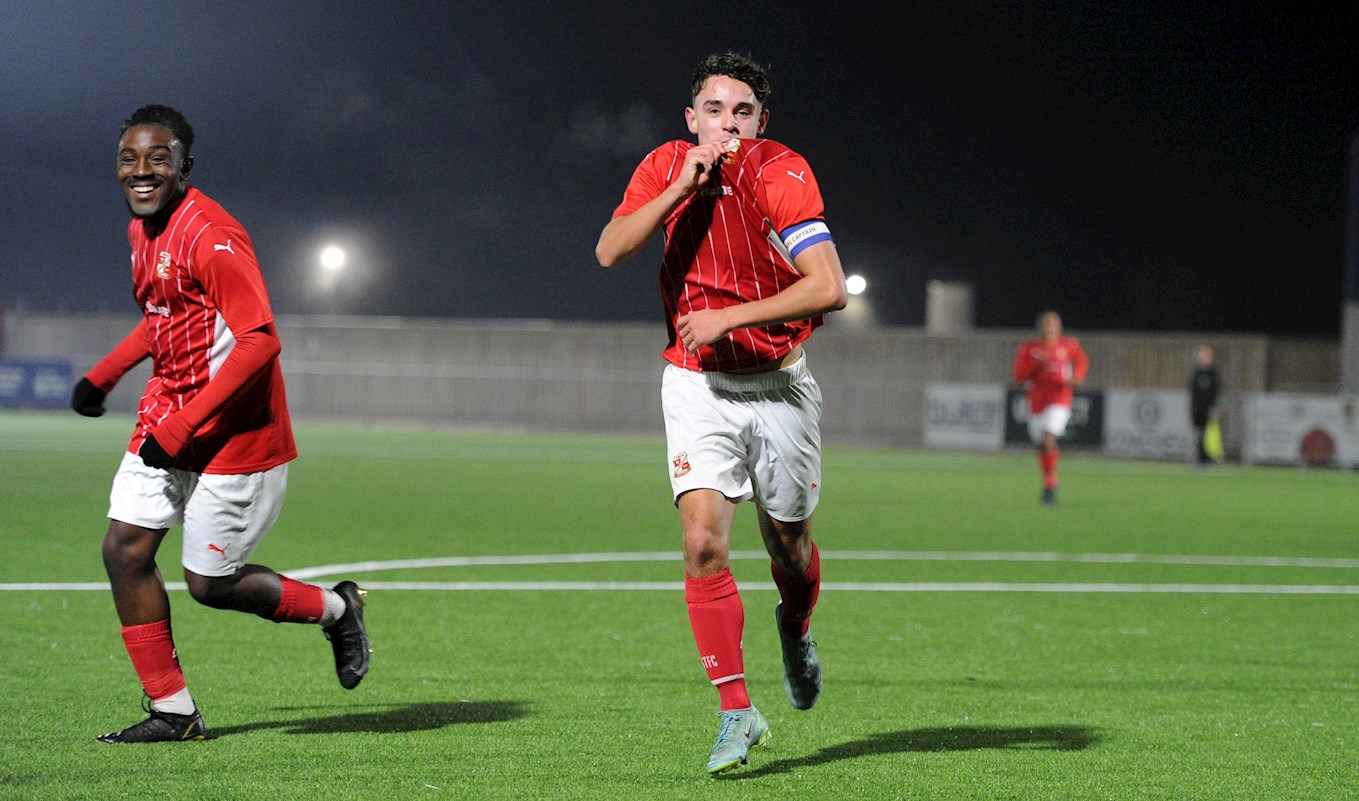 "We got told to step our game up because every single one of us was sloppy in possession, we gave the ball away a lot and we had to change our game to get the passes in and take our chances.

"It was really good to get the hat-trick and I wouldn't have been able to do it without my teammates playing me in and getting the assists.

"I was just happy to score for the team.

"Attacking is one of our strongest points and we like to punish teams and score as many goals as we can.

"Whatever team we get in the next Round we will make sure we turn up and perform and get to the Third Round."