Jordan Lyden was happy to play his part in a big win for Swindon Town against Newport County on Tuesday night.

Lyden scored the only goal of the game at The County Ground as the Reds secured top spot in their group in the Papa John's Trophy, and the midfielder spoke to the local media after the game.

"I haven't scored too many in my career but I saw Jayden (Mitchell-Lawson) running down the left-wing, cut in, had a good shot, the keeper has pulled off a good save and I've been told to get my timing better in the box," Lyden said.

"I timed it perfectly and made sure to get it on target and hit the back of the net, so I was delighted but the main thing was the three points and getting a home draw in the next round.

"I've been making forward runs into the box quite a bit, I'm playing more advanced this year which I seem to enjoy more and we've got good players that can find our more attacking players in the final-third.

Lyden also relished the opportunity to wear the Captain's Armband for Town and lead out what was a young team on Tuesday night.

"I've always had leadership skills throughout my career," Lyden continued.

"I've captained Swindon before against Bradford a couple of years ago, and it was a great experience for myself to be back out there at The County Ground.

"I enjoyed it personally but, like I said, the main thing was getting the positive result."

Finally, Lyden has had to bide his time so far this season but the midfielder is happy to do whatever is best for the collective. 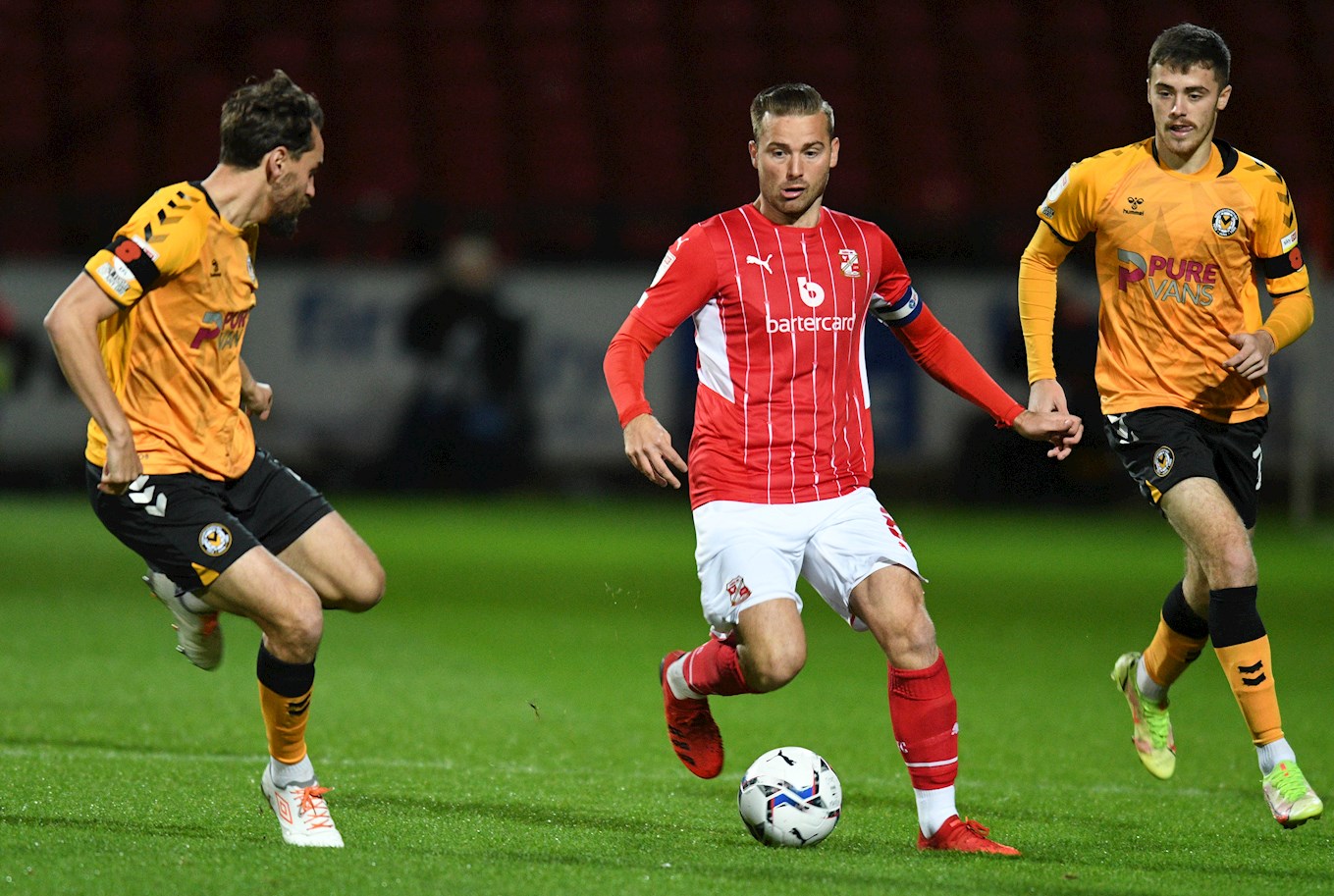 "It is a patience game at the moment. We have got a very big squad and quality players, so it is about biding my time," Lyden said.

"I have had many chats with the Gaffer and the Assistants about biding my time and waiting for my opportunity, hopefully I took that (on Tuesday) and fingers crossed I'm back involved with the group against Newport.

"We've got a very quality group, up there with the group when we got promoted from League Two, so it is about biding my time but whether I'm involved or not I'm still supporting the group because at the end of the day it is a team game.

"Fingers crossed I can be back involved but, if I'm not, I'll still support the boys from the sidelines.

"I've been in the game long enough to know that if a team is winning you aren't going to change a winning team, so I'm disappointed sometimes but it is a team game and that comes first.

"If I'm not playing or if I'm up in the stands watching and I see something, I will try and help the boys the same way they try and help me when I'm playing.

"We have got a really close knit group which is a positive. Hopefully there is more to come and we can push and get out of this league."