Swindon Town are through to the Second Round of the Emirates FA Cup after comfortably beating Crewe Alexandra 3-0 at The Mornflake Stadium this afternoon.

Louis Reed gave his team the lead at half-time thanks to an outstanding strike from outside the box, with the first-half a tightly contested affair.

Tyreece Simpson then continued his hot streak with his third goal in two games to get the second-half off to a flying start, before Reed wrapped up the win with a sweetly-struck free-kick to send Town into Round Two.

Town Head Coach Ben Garner made two changes in total as Akin Odimayo replaced the injured Romoney Crichlow at the back, while Jack Payne came in for Ben Gladwin who dropped to the bench.

With the Emirates FA Cup allowing nine subs, the likes of Jordan Lyden, Harry Parsons and Mo Dabre were among the options off the bench.

It wasn't the most ideal of starts for Town who were forced into an early change with Rob Hunt replacing the injured Mathieu Baudry.

They then had the first real chance of the game from a Louis Reed corner as Kaine Kesler-Hayden couldn't keep his shot down despite being in acres of space. 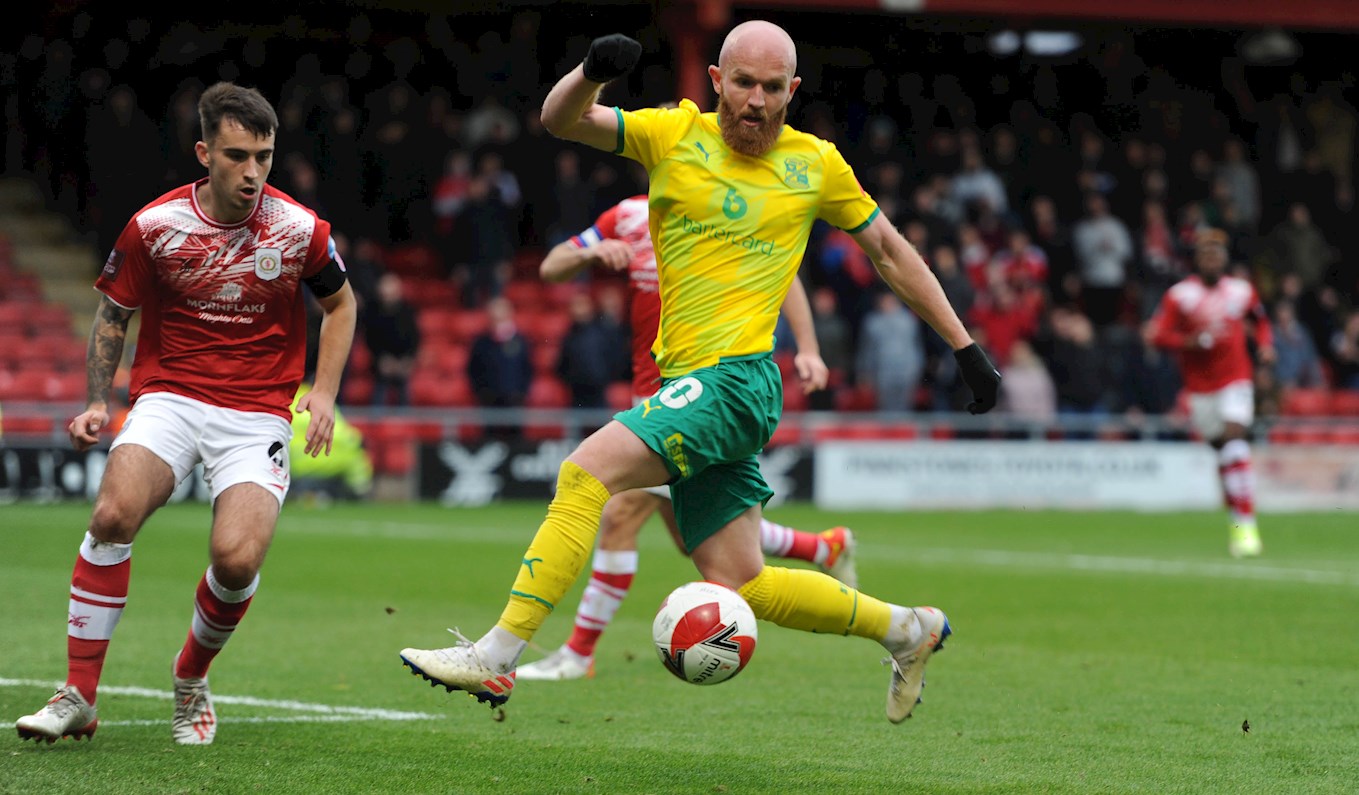 Harry McKirdy had a golden opportunity after being played clean through by Reed, but he was denied by the onrushing David Richards.

However, the Reds would land the first blow of the afternoon with 25 minutes played thanks to a superb piece of play by Reed.

After the play was salvaged by Jonny Williams, Ellis Iandolo fed the ball back to Reed who, from 25-yards-out, proceeded to smash home the opening goal of the game.

Crewe nearly responded in stunning fashion as Tom Lowery's corner was cleared only as far as Luke Murphy who let fly from outside the area, and his strike whistled inches over the bar.

Lowery then drove into space before trying his luck but his tame effort was easy for Jojo Wollacott to deal with, before Chris Porter couldn't steer his header on target.

Jack Payne attempted to double Town's lead but his shot from a tight angle bounced off the post and out, while Billy Sass-Davies sent his header over at the other end as Louis Reed's sublime strike proved the difference at the break. 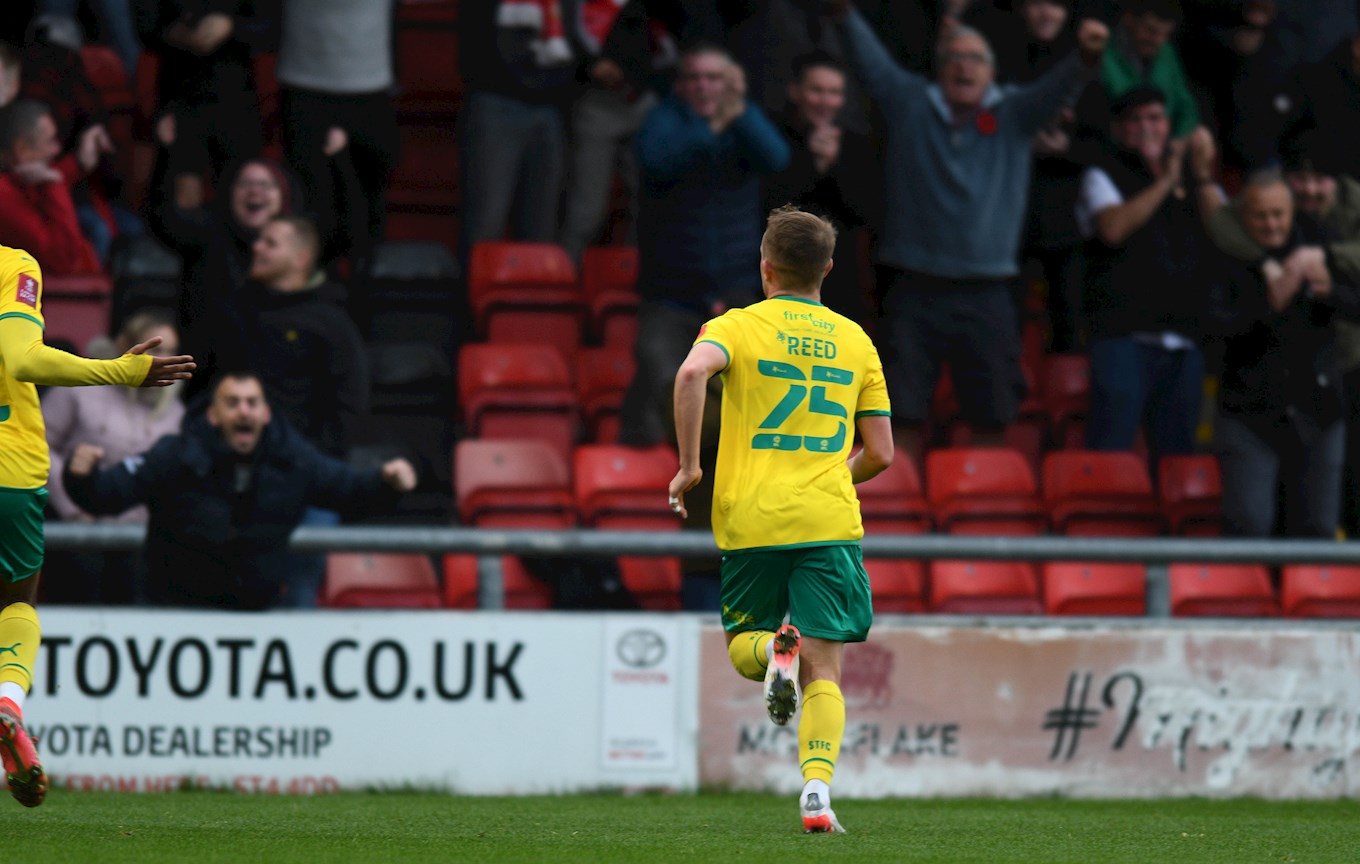 Crewe began the second-half on top but Town delivered the sucker-punches to end all sucker-punches with 52 minutes played as McKirdy slipped in Tyreece Simpson, who composed himself before curling a neat finish into the bottom corner.

Reed saw his free-kick from outside the area deflect over the bar, before Madger Gomes blasted a shot inches wide for the hosts who were looking to muster up a response.

Town had the ball in the back of the net again through Iandolo but their celebrations were cut short by the offside flag already being up, while Simpson tried his best to make it 3-0 after being played clean through on goal, but he was denied by Richards. 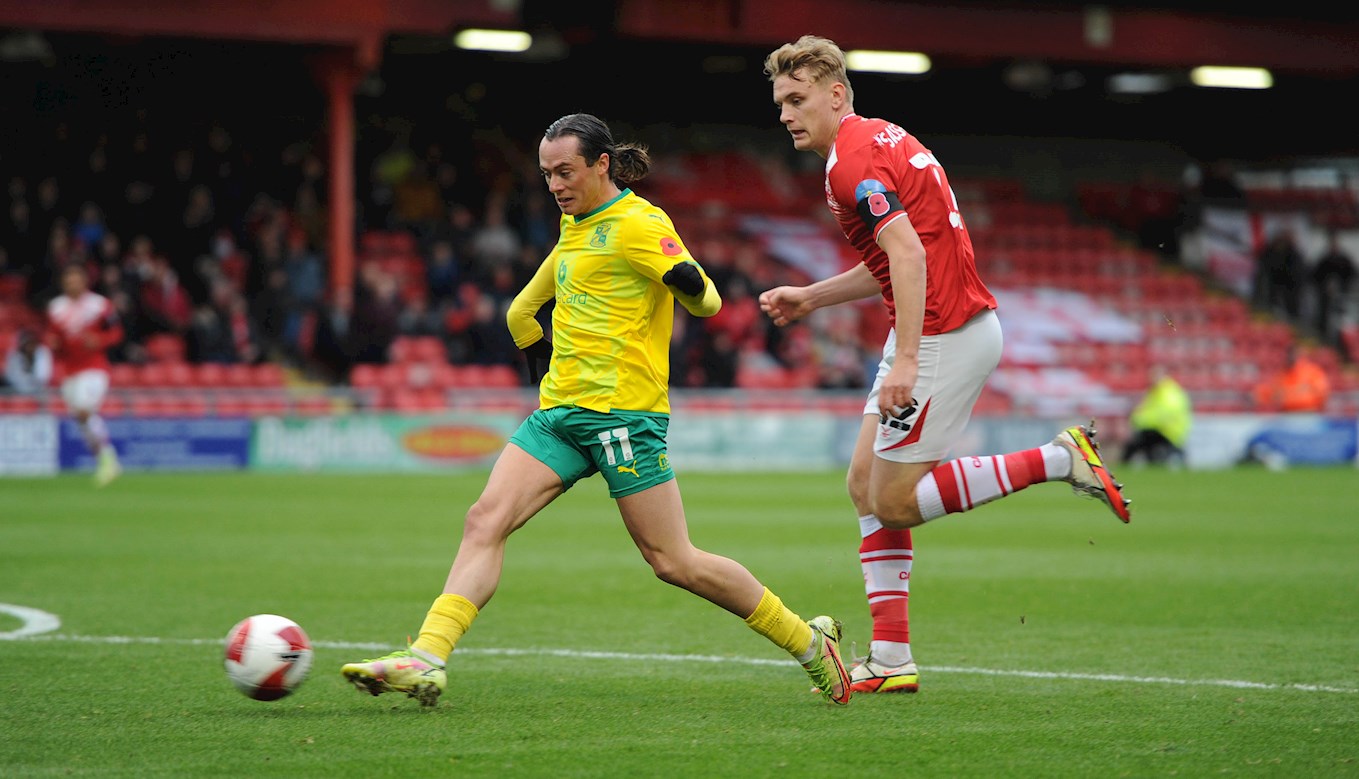 Ben Gladwin had replaced Jonny Williams before that with Swindon firmly in the driving seat, and the Reds wrapped up a comfortable win with just over 25 minutes played.

After Scott Robertson had brought down Jack Payne just outside the area, Reed stepped up and did what he does best by curling in a superb strike into the bottom corner for his second goal of the afternoon.

Town then made a trio of subs as Jayden Mitchell-Lawson, Alex Gilbert and Ryan East replaced McKirdy, Simpson and Reed respectively.

And that was that as the Reds saw the rest of the game out to secure their passage into the Second Round of the Emirates FA Cup.