Swindon Town U18's progressed through to the Second Round of the FA Youth Cup thanks to a comfortable 5-1 win over Winchester City at Gloucester City this evening.

It was a real masterclass from the Young Reds in the second-half, and Levi Francis was the star of the show as his superb hat-trick helped his team to victory.

Town carved out the first chance of the game as George Cowmeadow forced Konrad Szyscko into a low save, although the forward's night was brought to a premature end as he was forced off with injury after just 10 minutes.

Donell Gordon was then on target with an effort following good work between Levi Francis and Harvey Fox out wide, before Francis warmed the palms of Szyscko after beating his man on the edge of the area.

Winchester were off-target with a free-kick as both teams were battling hard for the first goal of the game past the half-hour mark, although the Young Reds came closest to breaking the deadlock.

Jedidiah Afenyo worked well down the right-hand side and whipped in a dangerous cross, which Thomas Wynn-Davis glanced wide with a header.

Fox tried his luck from distance right on the stroke of half-time, but his effort was saved by Syzscko with the first-half ending goalless.

It was a dream start to the second-half for Town thanks to Sami Kerns, who swept in a beautiful finish in the left-hand corner following a brilliant spell of possession by the Young Reds.

Town wasted little time in then putting themselves firmly in the driving seat as Francis scored two goals in as many minutes.

Firstly, he pressed superbly to pounce on a misplaced back-pass before doing the rest, and then moments later he sent another neat finish into the back of the net to give his team a handsome lead. 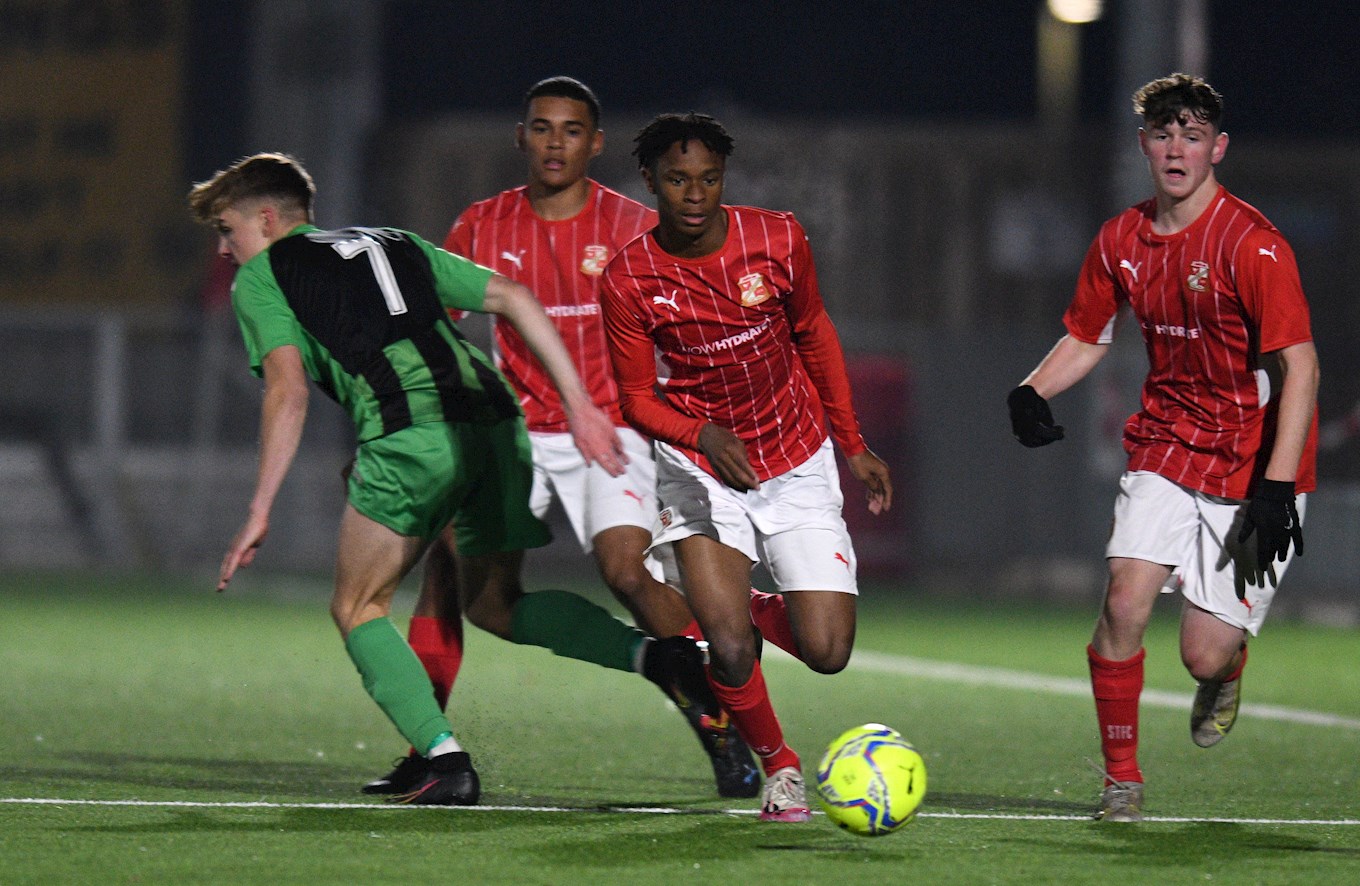 And Francis wasn't done there as he struck again just shy of the 65-minute mark, finishing off a superb counter-attacking move to all but wrap up the win.

Town were in complete control by this point and they added to their lead in the closing stages with Thomas Wynn-Davis adding a real poacher's finish, although Winchester did get on the board in stoppage time thanks to a superb free-kick from Rob Elms.

That mattered little in reality, however, as the Young Reds secured their place in the next round of the FA Youth Cup in convincing fashion.