Swindon Town Head Coach Ben Garner was thrilled with his team in the wake of their excellent 3-0 win over Crewe Alexandra in the First Round of the Emirates FA Cup.

The Reds booked their place in the Second Round thanks to a comfortable victory at The Mornflake Stadium earlier today, with Louis Reed bagging a superb brace and Tyreece Simpson also finding the back of the net.

It was another memorable away day and, in the wake of the game, Garner spoke to the local media to give his thoughts on the win...

"You never expect that. They are a League One team, they have got some good quality within their squad and we knew it was going to be a difficult place to come but we played ever so well and huge credit to the group in there.

"It was pretty comfortable in the end and we could have had a couple more if anything.

"The important thing is we're in the next round which is what we wanted and we look forward to seeing who we get in Round Two. 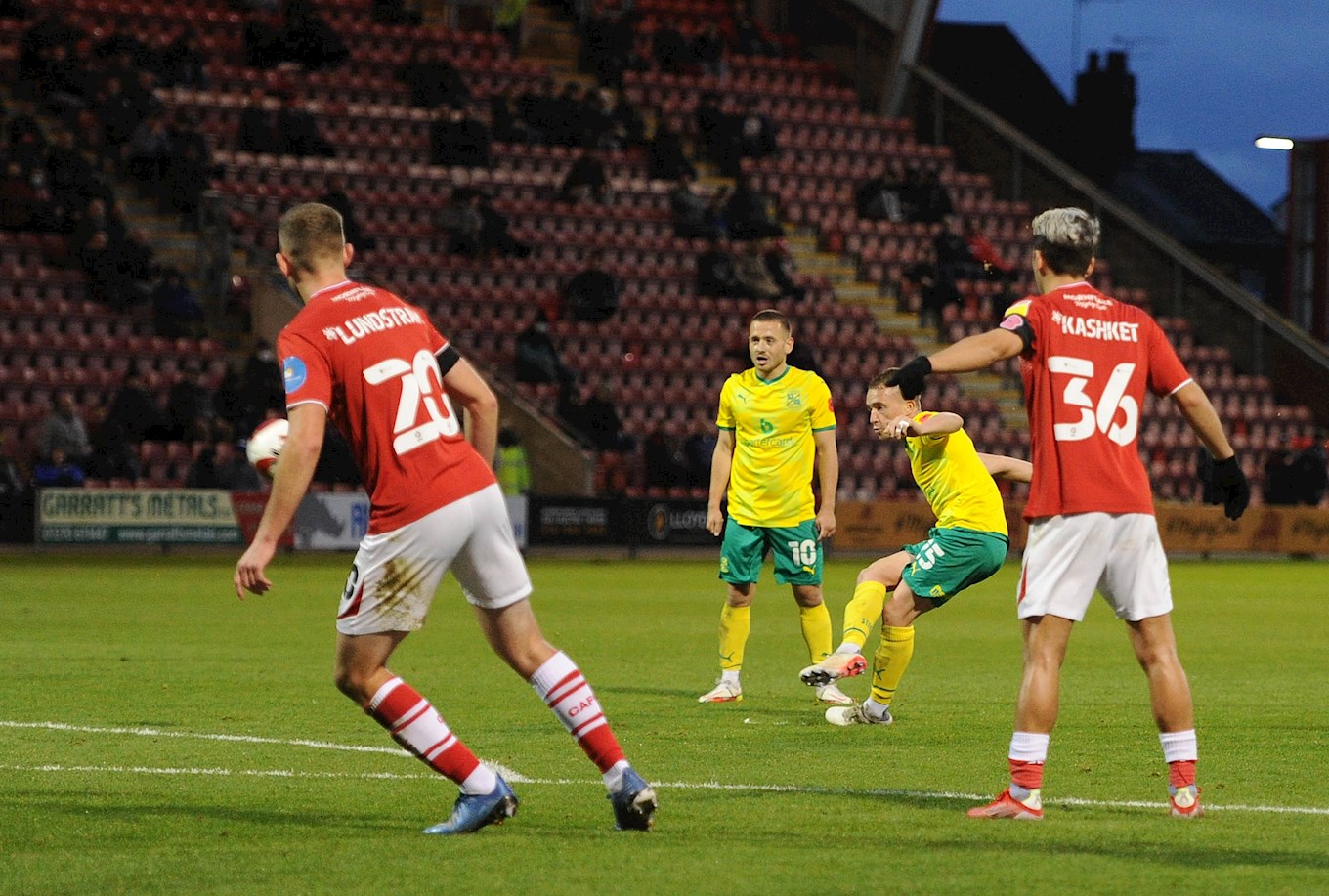 "I thought defensively we looked good today and I was really pleased in the second-half with the fact that they changed shape, and we adjusted really well and we worked on both scenarios in the week so credit to the players.

"Our counter-attacking was good today, some of our movements through the pitch, we created a number of really good opportunities to score goals and we scored three really good ones.

"We want to progress and we want to go as far in this competition as we do in the other competitions.

"It was nice to go 3-0 up and make some changes at the end with the five-sub rule, and a lot of the players who came on will get an opportunity on Tuesday night." 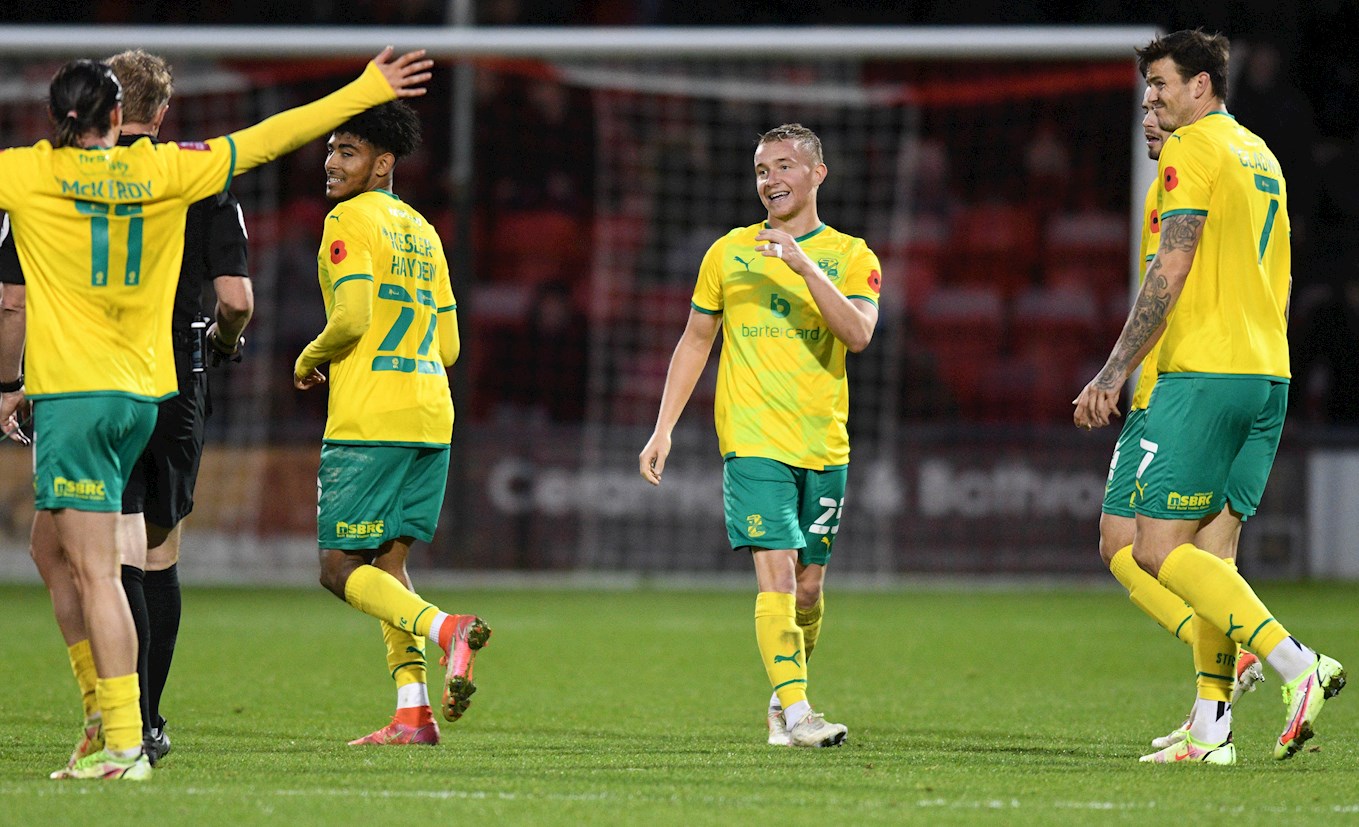 "He's got fantastic quality and he's been brilliant all season.

"We're delighted to have him here and the first free-kick he had just flicked off the wall and the second one there was no mistake with that.

"It was a wonderful strike for the first goal.

"That's the quality he's got and hopefully there will be a few more to come.

"He works on free-kicks literally every day and he will work on his free-kicks after every session and not in a token gesture way - he does it properly.

"He makes sure he gets his wall there and he practices his technique and how he would do it.

"We do a lot of attacking work in training with midfield players arriving on the edge, he doesn't tend to get there often because he's often the deeper one but it was a wonderful strike." 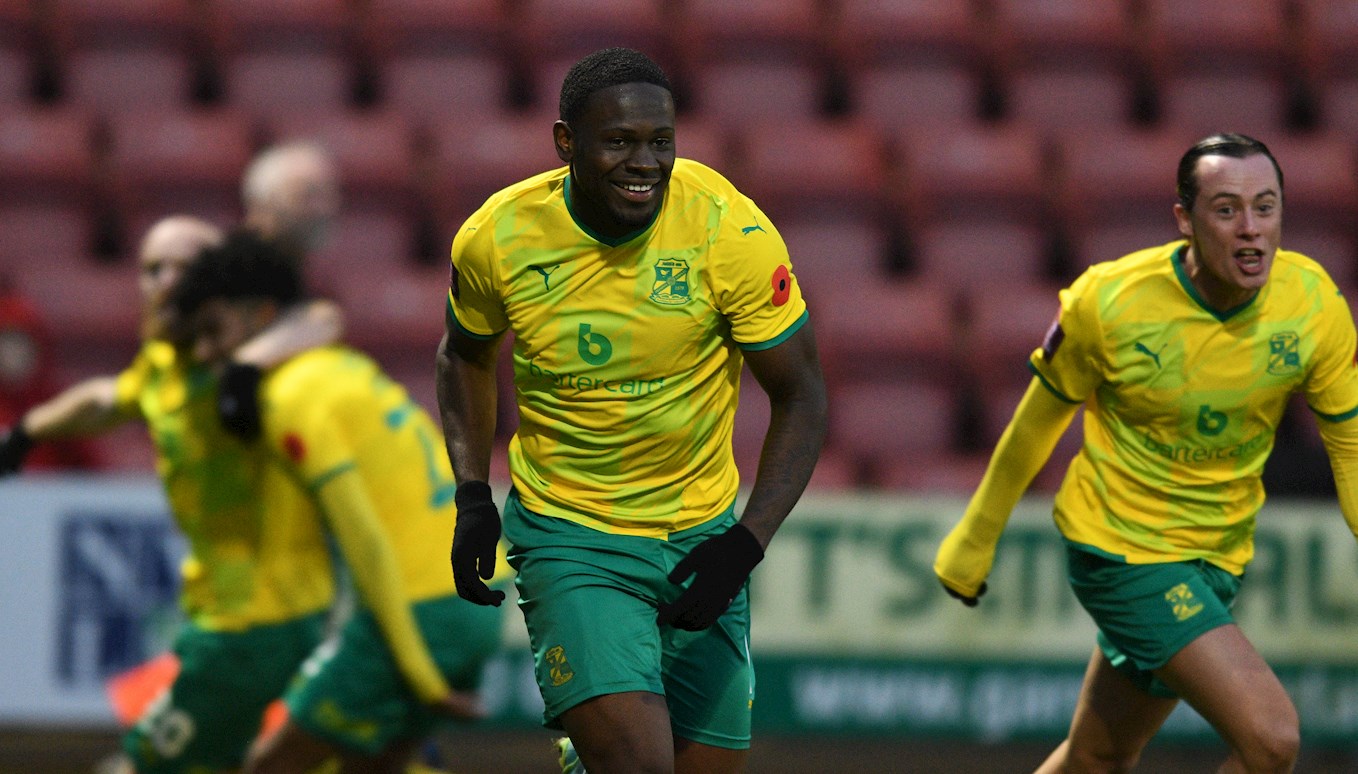 "I thought great movement and brilliant finish. He was unlucky not to get another when he went through again but he didn't quite skip around the goalkeeper.

"He's coming on leaps and bounds.

"He's been good all season for a 19-year-old. He's having his first run of Football League games, he's doing fantastic and he's improving all the time.

"He will do because of his attitude and work-rate in training and he's going to get better and better."

"We'll scan him straightaway. It is his Hip Flexor.

"It is certainly not a major one but we'll see how long that keeps him out.

"It is unfortunate for him because he's got into the team done well but Rob Hunt came on in his place and was fantastic.

"He hasn't played there often in his career but I think he's got the skill-set to do it, he's excellent defensively and he gives us really good quality on the ball and composure stepping in.

"Really pleased for him to come in and take that opportunity today."