Swindon Town midfielder Ben Gladwin hailed the overall team performance in the wake of our superb 3-1 win over Bristol Rovers on Saturday.

Despite finding themselves a goal down at half-time at a wet and gloomy Memorial Stadium, the Reds never gave up and they were given their just rewards for what was a breathtaking display.

Jack Payne restored parity just shy of the hour mark before Gladwin stepped up and superbly converted a penalty after Alfie Kilgour stopped Harry McKirdy's shot on the line with his hand, receiving a second yellow card for his troubles.

Town then went for the kill and finished Rovers off thanks to McKirdy's close-range strike, with the forward helping to change the complexion of the game after coming off the bench.

It was a statement win and a huge three points for the Reds, and Gladwin lavished praise on what was an outstanding team performance.

"We're obviously delighted with the result but, most importantly, the performance because I thought we were brilliant throughout the game," Gladwin said.

"It was a little lapse in concentration for the goal but, other than that, we limited them to not a great deal else and we created a lot of chances ourselves so, on the balance, it was a fair result.

"It was a great day.

"The system we play, the personnel we have and the ideas that the manager and the coaching staff put in place is the identity of the club and we've liked to dominate the ball since I was here the first time.

"We did that on Saturday to good effect and put the chances away.

"The longer the season goes on the stronger we'll get the more this group plays together and we're enjoying it." 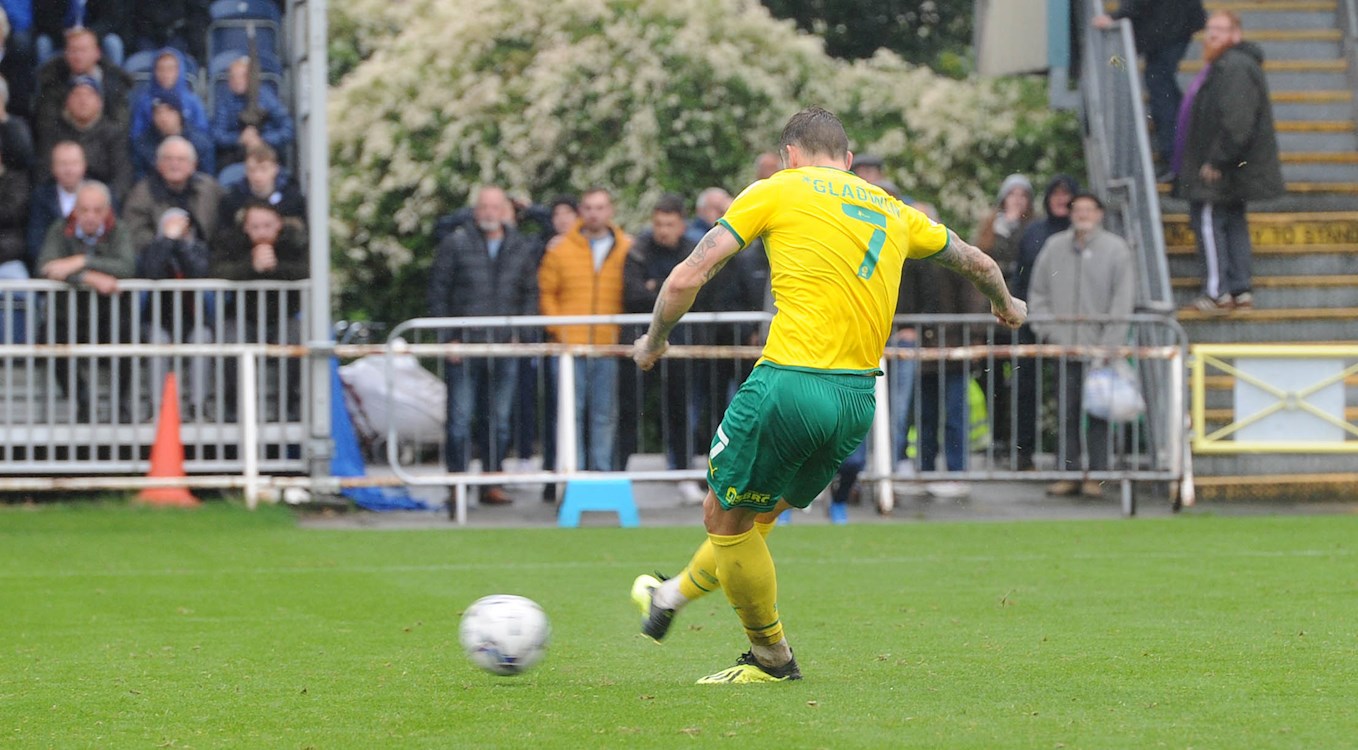 Gladwin reflected on his successful penalty and also offered an honest assessment of his own personal season so far.

"I knew I was on because Payney (Jack Payne) wasn't on the pitch so I made my mind up early and got the goal," Gladwin continued.

"If you put them hard and low they generally don't tend to get there, regardless of if they go the right way, so I'm glad it went in.

"I've not been too happy with it (his own performances) at all if I'm being brutally honest, but I've not played for six months and I'm trying to find a bit of a rhythm whilst also being part of a new team and figuring out what we're doing as a team.

"Over the last few weeks I've felt better, the performances as a team are coming together as well and as long as we get the results on the pitch and the performances, which are a very important part of the process, then I'm happy."