Swindon Town put on a show for the Sky Sports cameras after running out 2-0 victors over top-of-the-table Forest Green Rovers at The Fully Charged New Lawn this afternoon.

It was another impressive display from the Reds who are really starting to hit their stride now, and it came despite being without five players due to the International Break.

Tyreece Simpson had a goal disallowed as the Reds impressed in the first-half, and they were unlucky not to be leading at the break given their bright play.

That bright play was rewarded shortly after half-time thanks to Harry McKirdy's second goal in as many games, and Simpson made up for his earlier disappointment by scoring late on to help wrap up a huge three points for the Reds, with Lewis Ward in fine form in goal.

Town Head Coach Ben Garner was forced in to three changes due to having five players away on International Duty, with Lewis Ward replacing Jojo Wollacott in goal.

Rob Hunt and Harry McKirdy took the places of Kaine Kesler-Hayden and Alex Gilbert respectively, while there was a place on the bench for Jordan Lyden who was involved in a matchday squad for the first time this season after recovering from injury.

With the Sky cameras rolling at the Fully Charged New Lawn, both sides took a while to feel the other out on what was a perfect day for football.

Harry McKirdy slipped in Jack Payne who's cross was blocked before Rob Hunt saw his ball across the box smothered by Luke McGee, while Lewis Ward charged down Jack Aitchison at the other end as Jamille Matt and Matty Stevens both tried their luck from close-range.

Town did have the ball in the back of the net early on as McKirdy's strike from distance was only parried by McGee and Tyreece Simpson was on hand to smash home the rebound but, for some reason, a foul was given and the goal didn't count. 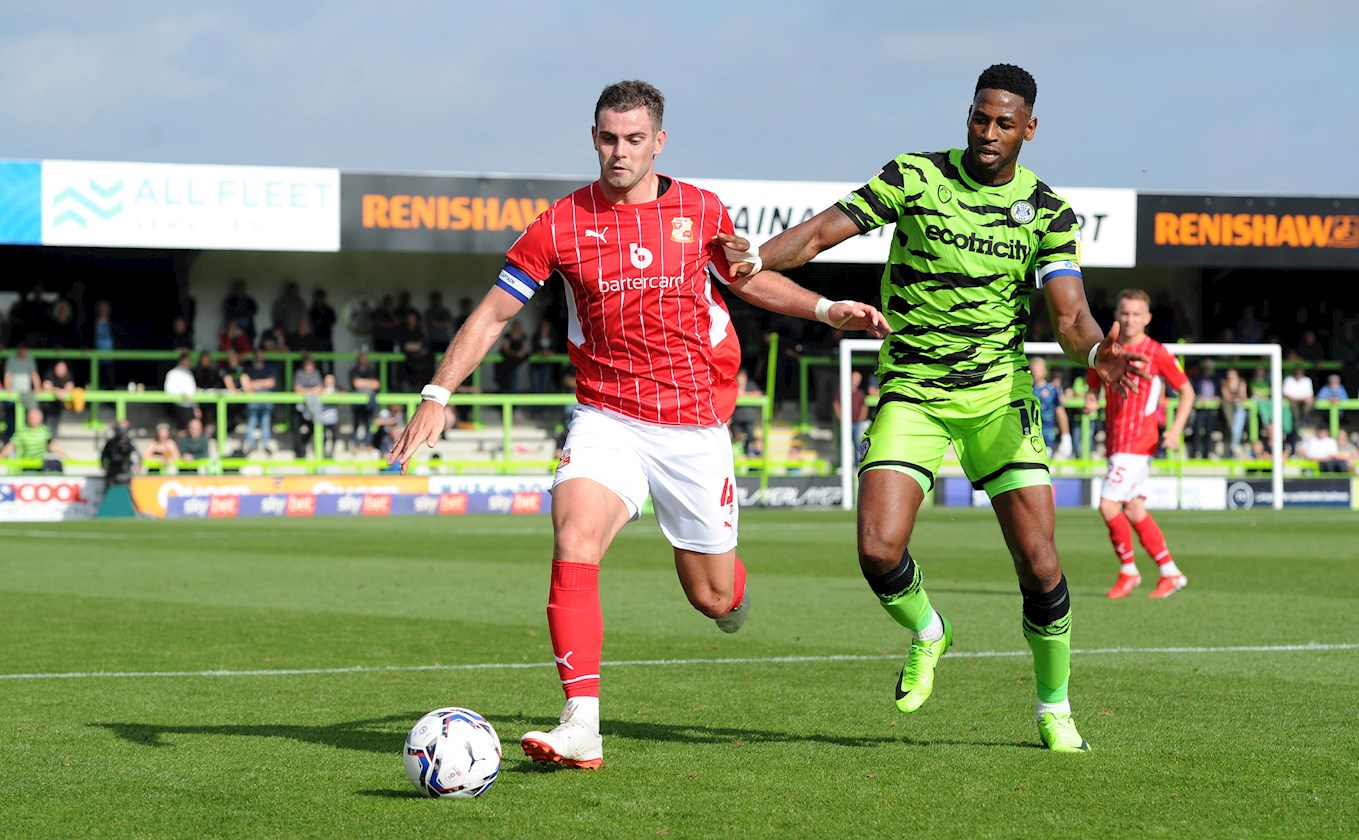 It was a tightly-contested affair as both teams battled well in the first-half, although the Reds were having the better of the chances as they nearly took the lead just shy of the half-hour mark.

Hunt's cross wasn't dealt with properly by the Forest Green back-line, and the ball came out to McKirdy on the edge of the box with the attacker drawing a superb save from McGee who turned the shot around the post.

Lewis Ward had to stay sharp, however, in order to rise highest and tip Nicky Cadden's well-struck free-kick out for a corner as the hosts began to apply some pressure.

Aitchison flashed a pass across goal which Matt couldn't reach with Ward stranded, and that proved to be the final action of the half.

Town nearly found themselves a goal down shortly after the restart as Aitchison burst clean through on goal, but the attacker could only curl an effort wide.

And that missed opportunity came back to haunt the hosts as Town took the lead moments later, thanks to that man McKirdy who produced a beautiful first-time finish from a superb Ben Gladwin cross to give his team the lead. 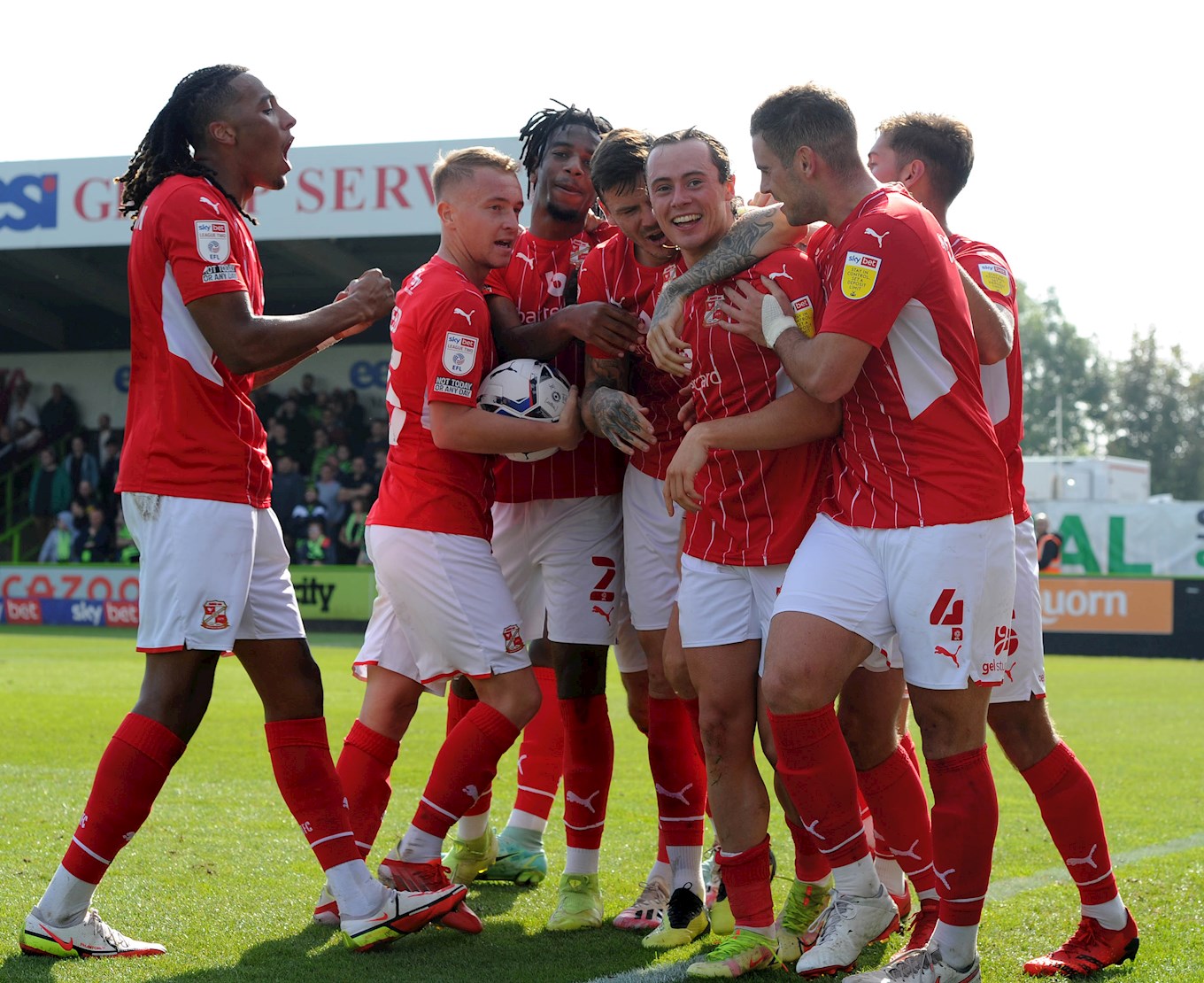 It was an outstanding strike and McKirdy nearly doubled his tally minutes later after flicking a header inches wide of the far post from Payne's cross into the box.

Ward had to come up big at the other end to get down low and push away an effort from Matty Stevens after Kane Wilson had burst into the box.

Romoney Crichlow charged forward and slammed a shot wide with what was a good effort, before McKirdy put a shot over the bar following another good ball into the box.

It was proving to be a good afternoon for Ward who produced another great save to this time push a Jake Young shot out for a corner, and the 'keeper was thriving against his former team.

With Forest Green pressing and piling on the pressure in the closing stages, Ward had to come up huge yet again and he pulled off his best save of the afternoon with an unreal stop to somehow get down low and deny Josh March.

And, thanks to Ward's heroics, Town were able to add some security to their lead thanks to Simpson, who was in the right place at the right time to apply the finishing touch to McKirdy's cross.

Mathieu Baudry replaced McKirdy - who came off to a standing ovation - as the Reds looked to protect their lead in the closing stages.

There was still time for some late drama as Ward was adjudged to have brought down March inside the area, but the goalkeeper dusted himself off and made another incredible save to deny March from the penalty spot to secure his clean sheet and a huge three points as Town put on a show for Sky.