Swindon Town produced a gutsy display to record an impressive 2-1 win away at high-flying Sutton Untied at the VBS Community Stadium this evening.

Sutton did pull one back before the break thanks to Harry Beautyman's penalty, but the Reds really dug in during a tightly-contested second-half to protect their lead and ultimately come away with a hard-earned win.

Town Head Coach Ben Garner opted for three changes with Jonny Williams being inserted into the Starting XI after his late goal heroics against Rochdale at the weekend, with Ben Gladwin dropping to the bench.

Jojo Wollacott replaced Lewis Ward in goal after returning from International Duty, while Mathieu Baudry replaced Dion Conroy at the heart of the defence with Jack Payne taking the Captain's Armband for the night.

Town started on top and carved out an early chance as Tyreece Simpson flicked the ball up to Harry McKirdy who took it on the half-volley, drawing a superb stop from Dean Bouzanis in the Sutton goal.

David Ajiboye then tried his luck for the hosts from a tight angle after embarking on a mazy run, but his effort was dealt with by Jojo Wollacott.

Town were playing some lovely stuff on the deck and were doing what they did best, which led to another opportunity although Simpson's shot lacked power and it proved to be an easy save for Bouzanis. 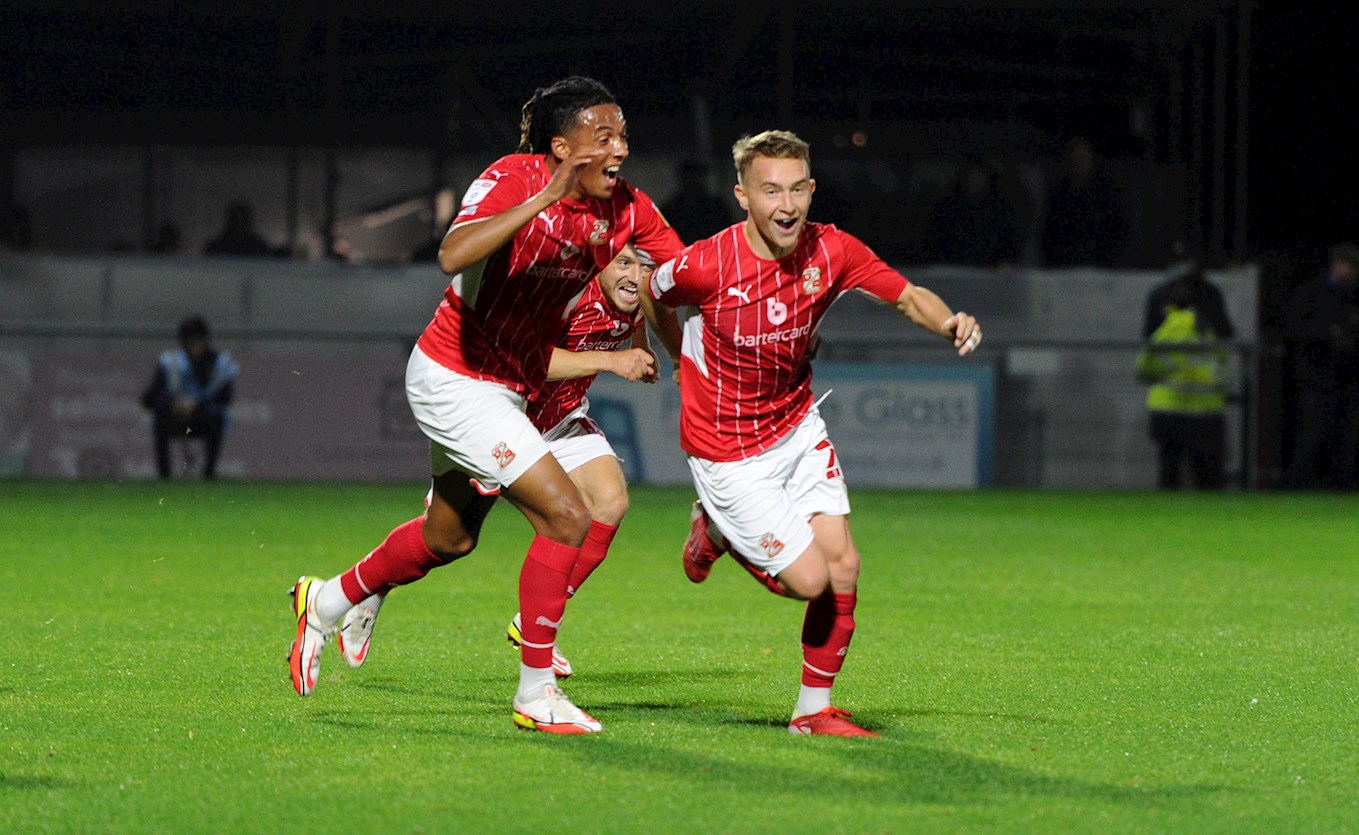 And, with less than 20 minutes played, the Reds were rewarded as they landed the first blow of the evening by taking a richly deserved lead.

Jonny Williams was brought down just outside the area and, from the resulting free-kick, Louis Reed stepped up and sent a superb strike whistling into the back of the net.

Harry McKirdy struck the post moments later after a miscued clearance landed at his feet inside the area, before the attacker just failed to get a touch on Simpson's low driven ball across the box.

Town did double their lead on the half-hour mark, though, and it came in stunning circumstances as Williams ran with the ball before unleashing an unstoppable strike from 25-yards out that just flew into the back of the net to double the Reds' advantage.

However, while they were much the better team, the Reds were pegged back towards the end of the first-half after a penalty was given for handball, and Harry Beautyman stepped up to smash home the spot-kick and get the hosts back into the contest.

Omar Bugiel nodded wide from a deep Bouzanis free-kick following a spell of head tennis, and an action-packed first-half ended with Town holding a narrow lead after Iandolo saw his rasping drive palmed away by Bouzanis just before the whistle was blown. 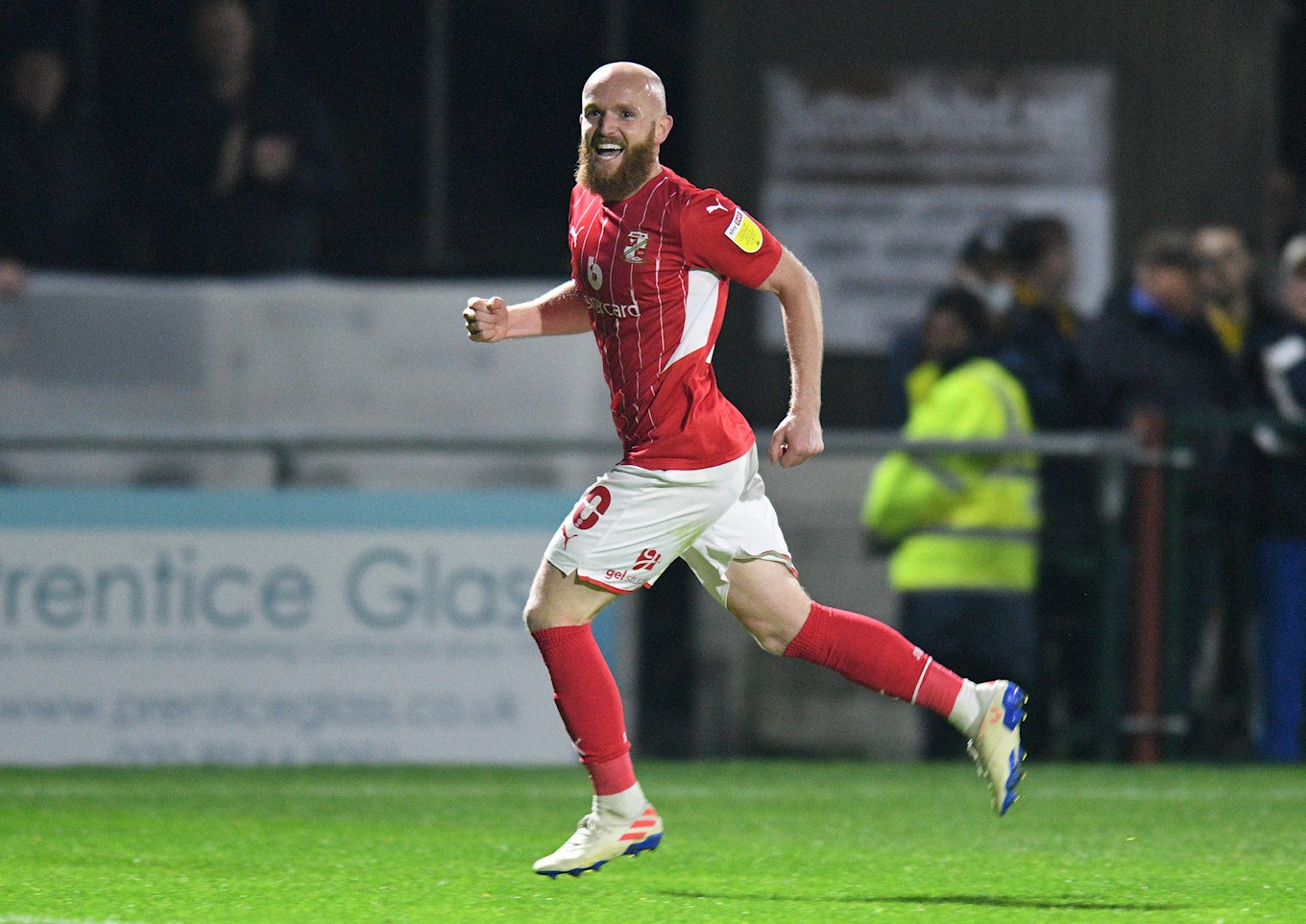 Town had to weather an intense storm early in the second-half as Sutton looked to equalise, with Beautyman sending a well-struck free-kick inches wide of the post.

McKirdy then had a golden opportunity to all but put the game away as he was put through on goal, but Bouzanis was quick off his line to deny the attacker with his feet.

Town then made two changes as Ryan East and Ben Gladwin replaced Louis Reed and Jonny Williams respectively, and those subs made an instant impact. 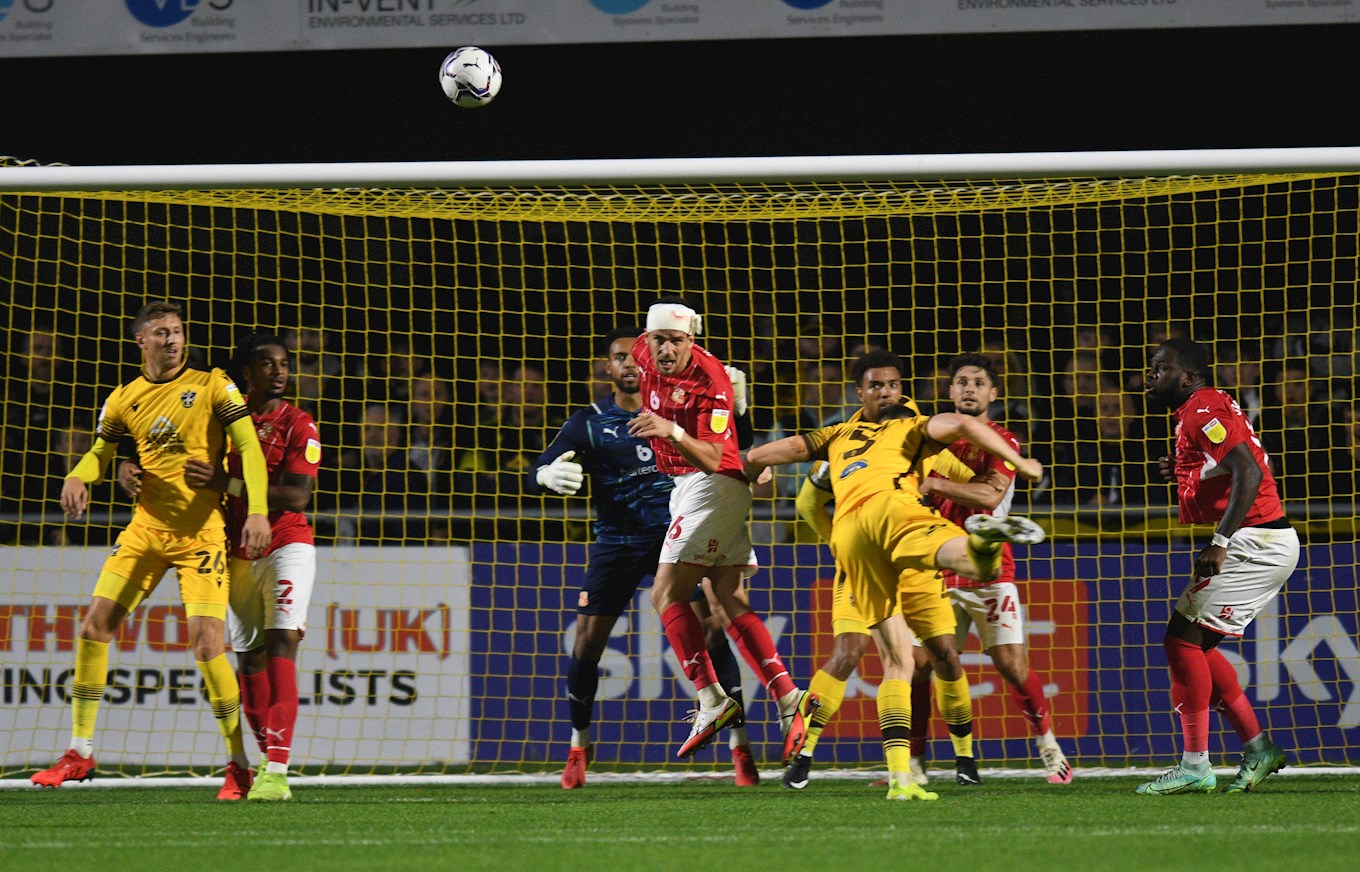 Gladwin played through McKirdy who was blocked by Bouzanis again, before the keeper managed to get across and tip Gladwin's drive out for a corner.

Town then made their third and final change as Jayden Mitchell-Lawson replaced Harry McKirdy, and they were able to frustrate Sutton the rest of the way to ensure the three points headed back to Wiltshire with Wollacott saving Joe Kizzi's header at the death.