Swindon Town put in a below-par performance in a disappointing and frustrating 3-1 loss to Bradford City in the EFL Sky Bet League Two at The County Ground this afternoon.

Caolan Lavery's header gave The Bantams an early lead at SN1, and they took a commanding 2-0 advantage in at the break thanks to Levi Sutton's close-range finish late in the half.

Former Town man Theo Robinson added a third for the visitors in the second-half with a wonderful strike, and Jack Payne did get the Reds on the board but it proved to be nothing more than a consolation goal.

Town Head Coach Ben Garner made just the one change with Ben Gladwin replacing Ellis Iandolo in the Starting XI, while Dion Conroy missed out with a minor injury for the second consecutive game.

Other than that, there were no other changes from the team that beat Sutton United 2-1 on Tuesday night, with the Reds going in search of a big home win.

It was a quiet start to the game for both teams with little action in the opening exchanges, although Bradford did land the first blow of the afternoon.

A monster throw into the box from Oscar Threlkeld was flicked on by Alex Gilliead, and Caolan Lavery was there to stab home the opener for the visitors.

Mathieu Baudry then made a superb block to get in the way of a dangerous shot by Lavery, with Bradford doing a good job of frustrating Town.

The Reds were playing their usual brand of possession-based football and they were keeping the ball well, but they found themselves two goals down with 40 minutes played.

Town failed to deal with Matthew Foulds' ball into the box, Andy Cook's strike then hit the post and bounced out where Levi Sutton was on hand to smash home the rebound.

Louis Reed went close near the interval in what was the Reds' first real chance of the afternoon, with the midfielder's 25-yard free-kick being punched clear by Richard O'Donnell, and that was that as a frustrating first-half came to a close for Ben Garner's team. 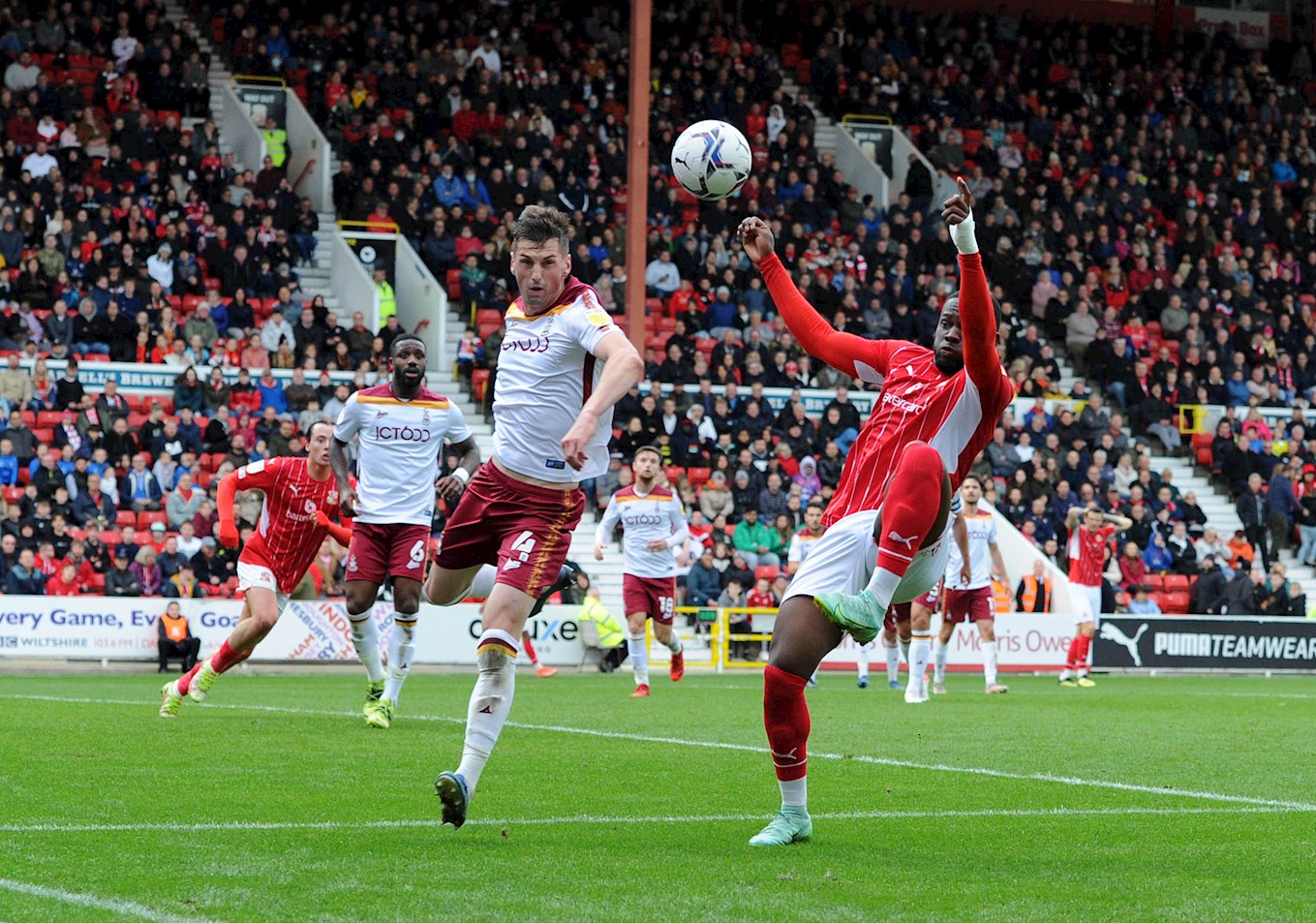 Town made a change to start the second-half as Kaine Kesler-Hayden replaced Romoney Crichlow, in order to try and spark themselves into life.

They were much improved but Bradford were still getting the better opportunities as Sutton fired just over, before Lavery couldn't keep his shot down.

Bradford went close again as they hit Town on the counter-attack and Andy Cook was allowed to weave his way through the defence before breaking into the box, but his end product was missing as he couldn't get his shot on target.

That missed opportunity could have come back to haunt the visitors as Swindon went close with Jack Payne, who hit a well-struck first-time effort towards goal from a half-cleared corner, but O'Donnell was equal to it as he made a smart save.

Town opted to make another change just past the hour mark as Alex Gilbert replaced Jonny Williams, in a bid to inject some fresh energy into the attack. 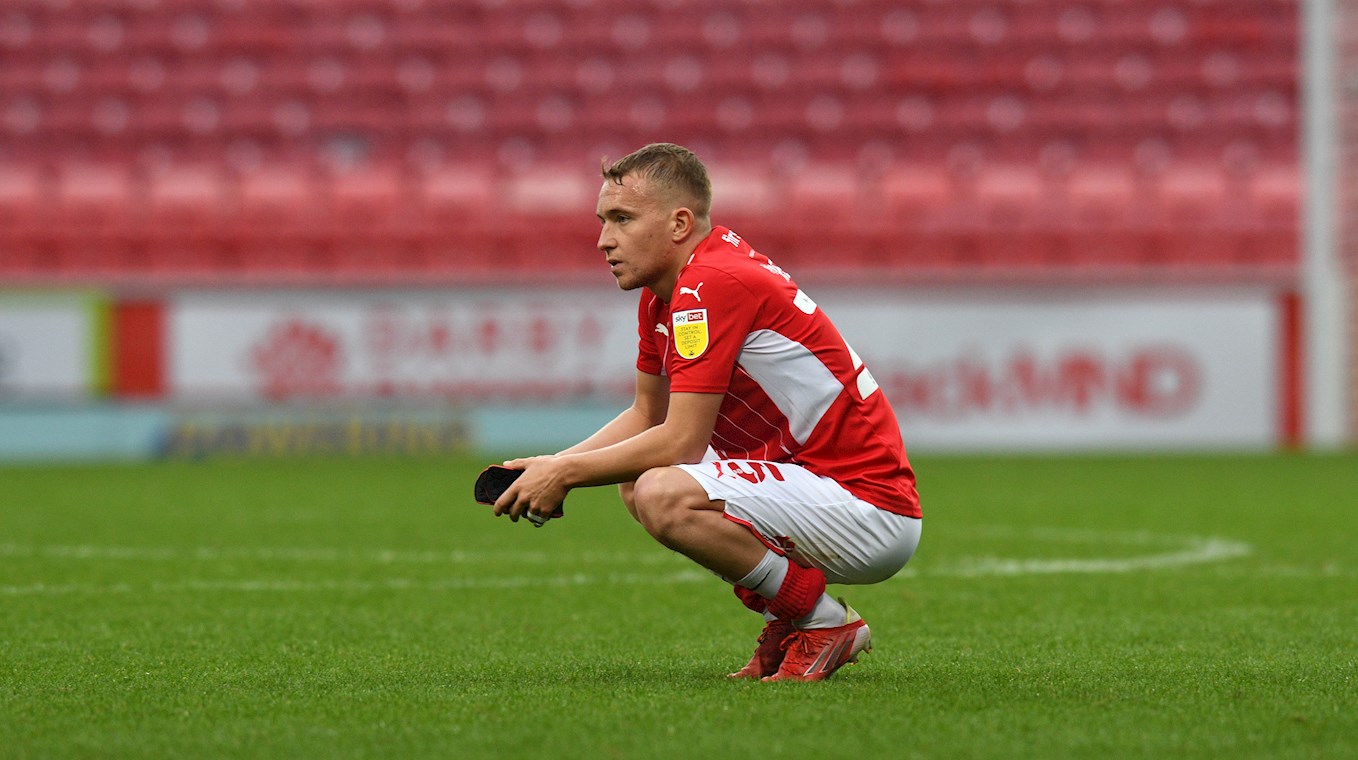 Theo Robinson entered the fray for The Bantams and, within seconds, he made an instant impact after scoring an absolute stunner with a curling effort into the far corner.

Town hit back moments later, however, after Jack Payne was successful from the penalty spot with Oscar Threkeld guilty of handling the ball within the area.

Jayden Mitchell-Lawson replaced Rob Hunt late in the game but Town couldn't build any momentum from Payne's goal, and it proved to be a very frustrating afternoon at The County Ground.