Harry McKirdy gave his views on Saturday's win against Forest Green Rovers after playing a huge part in the success.

After coming on to change the game against Bristol Rovers the week before, McKirdy started against Forest Green live on Sky and he was at his brilliant best yet again.

He produced a sublime finish for the first goal of the game, before providing a great cross for Tyreece Simpson to wrap up a big three points, and McKirdy gave his verdict on the game.

"We had fun last week (against Bristol Rovers) and we carried it on," McKirdy told swindontownfc.co.uk.

"It was difficult in the first-half and I spoke to a few of the boys at half-time because I was struggling - I was blowing but they were a good team.

"We were unlucky to have the goal disallowed, I thought it should have been a goal and I thought I should have scored one in the first-half as well, so I knew we were getting chances and we kicked on in the second-half, scored a couple and we were brilliant.

"It was a great win.

"It is great playing here because everywhere we go we sell out and you feel like it is a proper club, I've played in League Two before and there are two or three thousands fans in the whole crowd and we take 1,500 away.

"Every week feels like a big game and the boys really appreciate the support. We're paying them back given we're still unbeaten on the road." 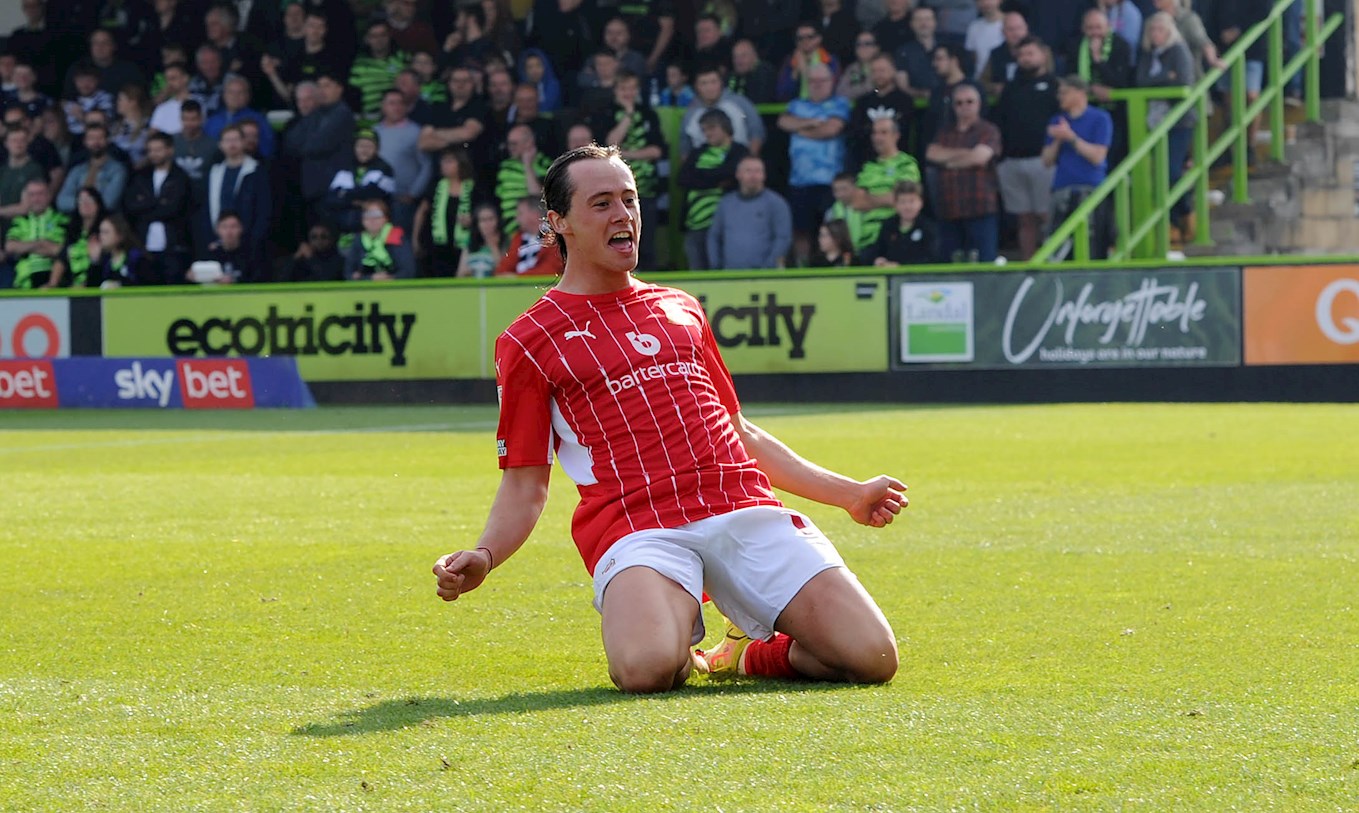 It was another great day for McKirdy who produced a sublime finish against Forest Green before creating the second goal for Tyreece Simpson, although he isn't about to rest on his laurels.

"I've started to understand the players now and you understand what they want to do," McKirdy continued.

"I know Glads (Ben Gladwin) has got that ball and I joked to him saying it was the De Bruyne ball - he'll love that.

"It was a brilliant ball, he whipped in and it was a great finish.

"I wouldn't say my confidence is at an all-time high, I've had good runs before but I do feel good although it is about not getting carried away and remembering what it feels like on the Saturdays you do well and replicating that.

"I get so many chances here and I could have had three more on Saturday, but I'm getting chances every week and I will continue to do so in this team.

"We've got loads of options in this team and I will get chances, I just need to keep getting in the box, working on my finishing in the week and if I do that I should keep scoring goals."