Swindon Town Head Coach Ben Garner was disappointed not to have secured all three points against Rochdale at The County Ground this afternoon.

The Reds were held to a 2-2 draw at SN1 in the EFL Sky Bet League Two despite dominating the first-half, with Ben Gladwin's superb strike the difference at the break.

However, Rochdale came out swinging in the second-half and they took the lead thanks to goals from George Broadbent and Liam Kelly.

Town never gave up, though, and two substitutes combined as Kaine Kesler-Hayden nodded a Ben Gladwin cross back across goal and Jonny Williams was there to put home his first goal for the club and rescue a point.

In the wake of the game, Town Head Coach Ben Garner sat down with the local media to give his views on a number of different topics... 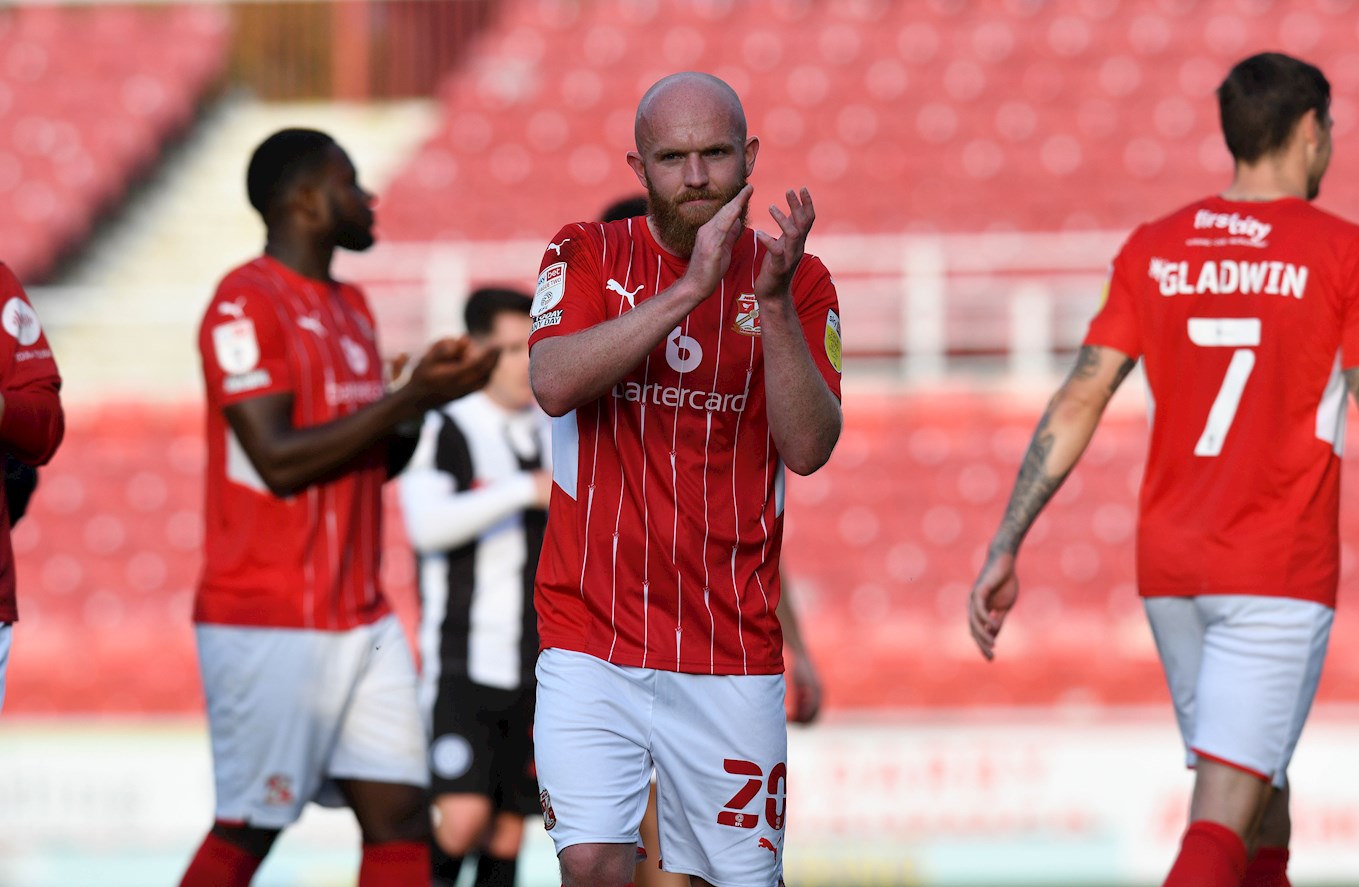 "First-half we were very good, in control, we should have had a second goal and that would have put us in a better position.

"It was a blatant penalty missed again in the first-half and it had a massive impact on the game.

"Ellis Iandolo breaks into the box and he's nowhere near the ball, he clearly takes Ellis out, the referee is in a great position and how that is not given I don't know.

"That has a big bearing on the game because at 2-0 in the first-half makes a huge impact but, from our perspective, we let them back in to the game in the second-half with the two goals.

"Both were very much avoidable, it is us, it is very much our mistakes and we should deal with both a lot, lot better.

"But I have to give massive credit to the players for the response because we were excellent in the last 10, 15 minutes.

"We were banging the door, trying to get that goal and we did and then we pushed for a third.

"We need to be winning these games.

"It is the last two home games now where we've been much the dominant side but we've picked up two points instead of the six that it should be.

"It is just a shame we couldn't get a third to get the three points." 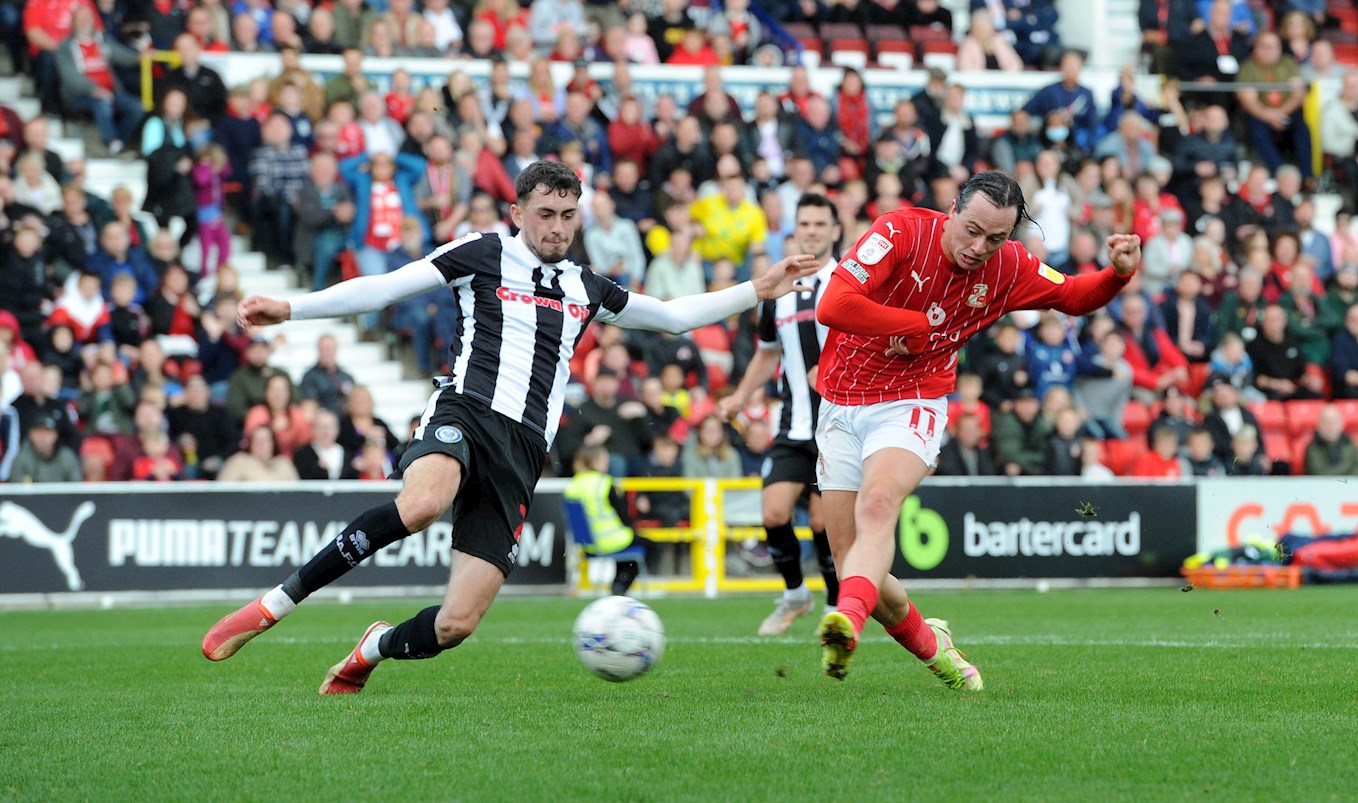 "To be fair to them they made changes in the second-half, they engaged a bit higher up the pitch, I thought they pressed well, we spoke about it at half-time and we didn't recognise it well enough.

"We played into where their press was rather than playing beyond it so awareness of where the space was on the pitch, and then we defend the set-piece very, very poorly.

"We give them a shot from inside our box where we've got three, four players around the ball, they should never even get a shot let alone one on target. 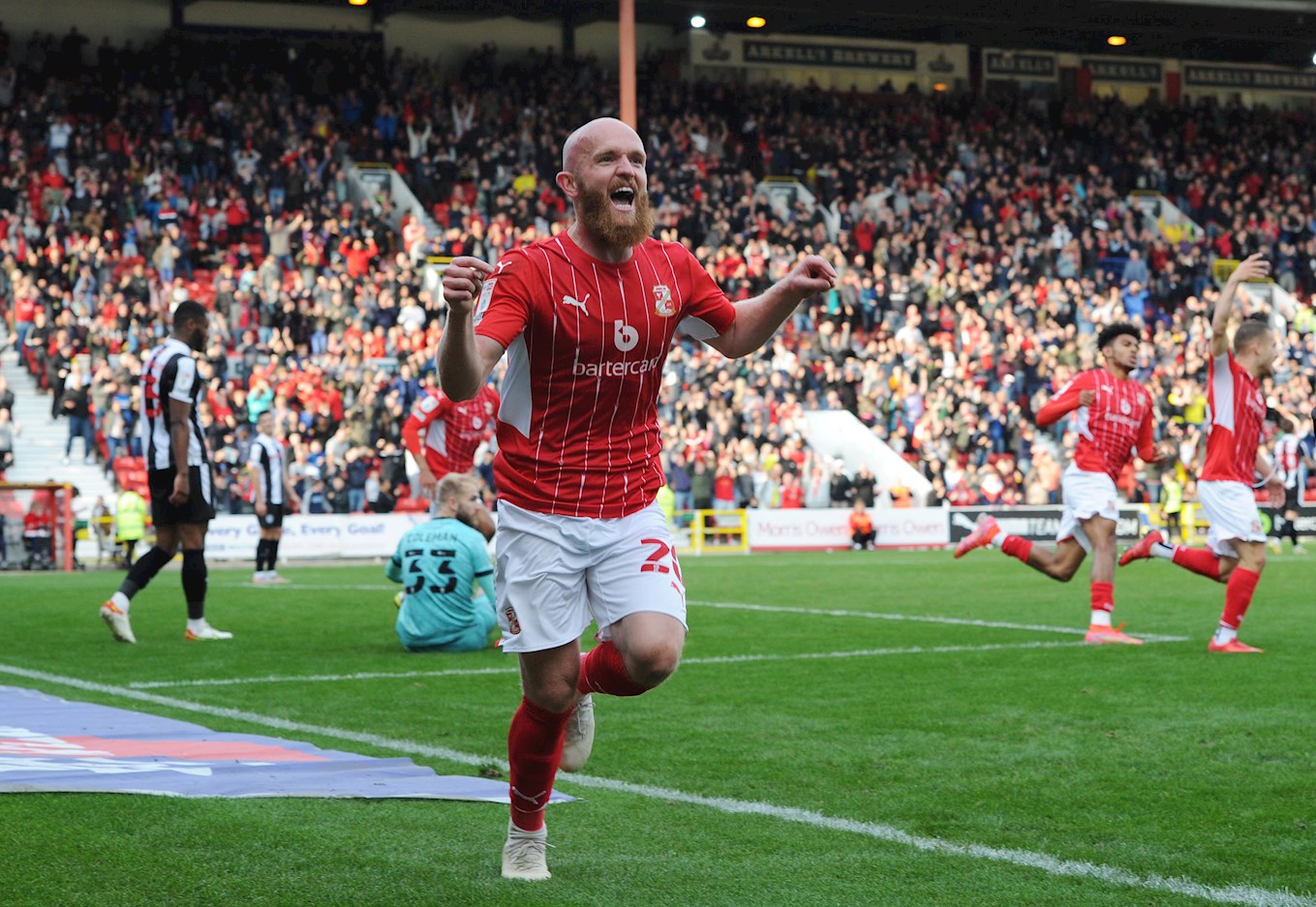 "It was a good move.

"We hemmed them in there around the edge of the box and it was a good ball in from Glads (Ben Gladwin) Kaine (Kesler-Hayden) got up really well and it was a super finish from Jonny Williams.

"We created so many chances, we had 19 shots, numerous final-third entries, getting into the penalty box and we should have won that comfortably today on the balance of play.

"We're unbeaten now for a few games, it at least keeps the momentum and I would have been an unhappy man today if we lost the game.

"I'm still a touch unhappy that we drew because I felt we deserved to win but, as I said, credit that we kept going, we got a goal, we got a point and we made sure we at least got something from the game." 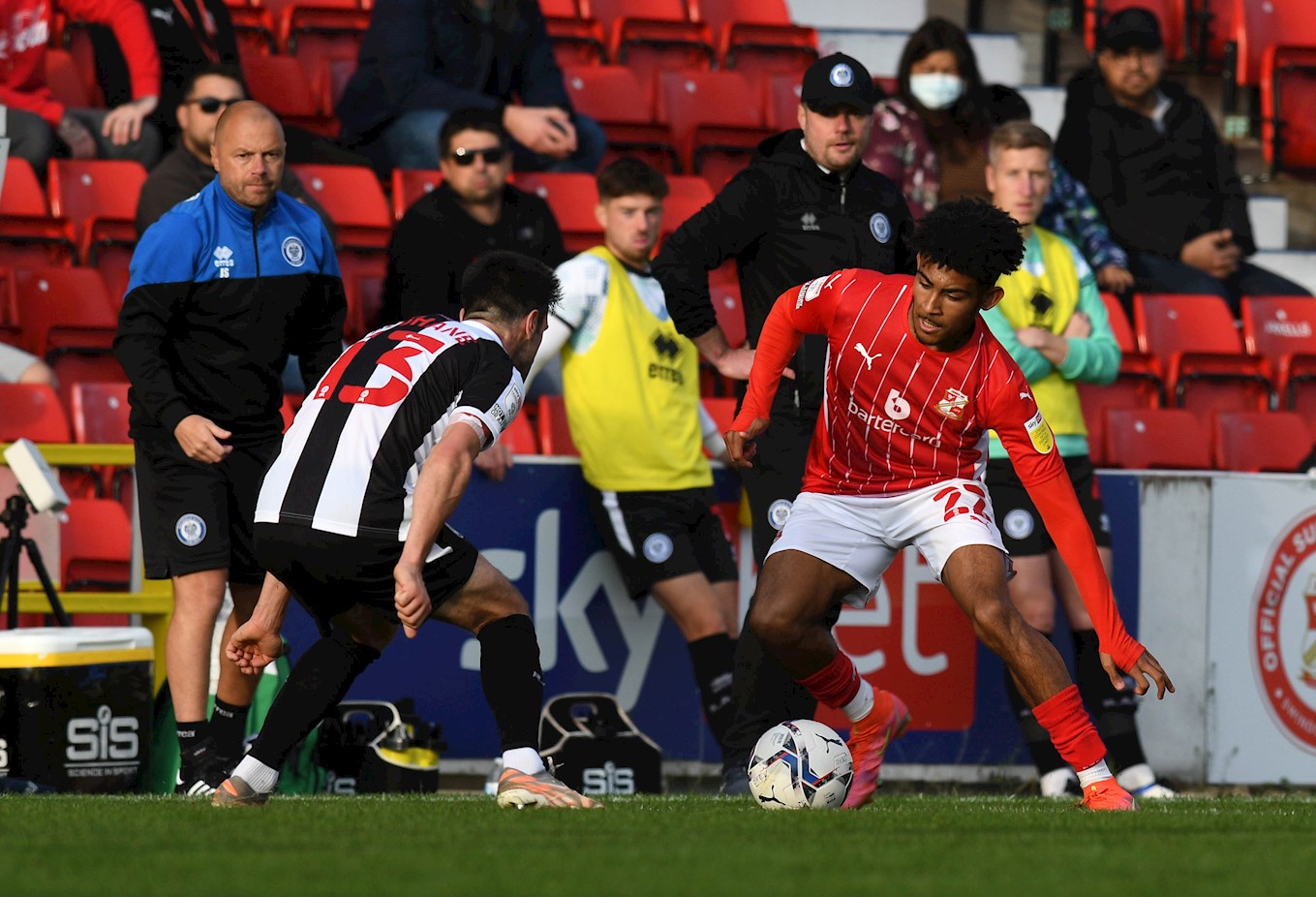 "They deserved to play again and with the week we've had with the game at Plymouth and players coming back from International Duty, I just felt it was better to go with the team we've been working with and had such a good performance last week.

"We move into two games next week now, we'll utilise the squad, everyone will play their part at some point, that's the ethos we've got and that's how they work day in and day out."

"If we weren't performing well then I would have some concerns, but the last two home games we should have six points.

"It is just literally a case of making sure that the performances get the points they deserve.

"85, 90 percent of today was very, very good and we've just got to make sure that we aren't giving teams anything.

"We've been very good defensively but we've given two very soft goals and when you do that it is difficult. We shot ourselves in the foot, we made it tougher than it needed to be but, overall, it is still a good performance and a performance that deserved three points."