Playing in-front of the Sky Sports cameras at the Fully Charged New Lawn, the Reds were in impressive form as goals from Harry McKirdy and Tyreece Simpson won the day.

It also helped their cause that Ward was unstoppable in goal as he made a number of impressive saves, including a penalty, and the stopper spoke to the media in the wake of his heroics.

"It was a good team performance," Ward told the local media.

"Coming away from home against top of the league on Sky, it was a nice game to come into and we came away with three points.

"We deserved it, we were the better side, we played a lot of nice football and that came through.

"They had kept five clean sheets in their last five but we came here and did well, so it was a really nice game to come into.

"We knew what their game-plan was going to be, it was going to be get the ball wide and get it into the box, so credit to our full-backs, Ellis (Iandolo) and Hunty (Rob Hunt) on the other side, they stopped a lot of crosses and when they did come in we were tough tight inside the box. 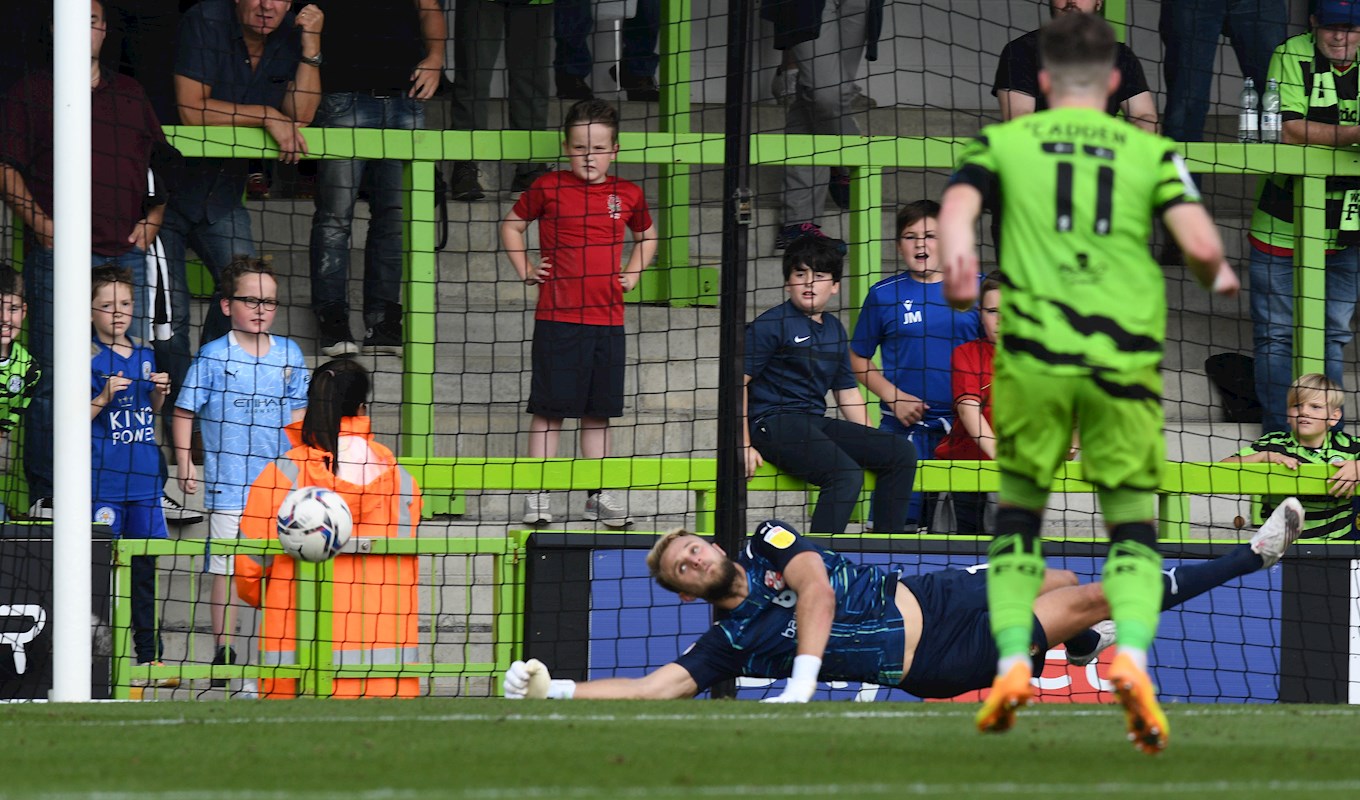 "Dion (Conroy), Rom (Romoney Crichlow) and AK (Akin Odimayo) were excellent coming for headers, and the midfielders got onto second balls when they came down.

"As a collective, it was a really good team performance.

"We're still building and today wasn't our best - we can still hit high gears and show what we can do going forward."

Ward had a full league debut to remember for Town as he pulled off a number of stunning saves to keep a clean sheet, including saving a last minute penalty, and the Keeper reflected on his fine afternoon's work.

"I've been working hard since preseason, it has been tough, I've had to stay patient and Jojo (Wollacott) has been very good.

"I've had to bide my time, he's had his call-up which is deserved, so I've managed to slip in and show what I can do.

"Hopefully I've impressed a few people and I just played my game.

"I actually pulled out and he kicked me but, as a team, we deserved a clean sheet at the end and I didn't want to ruin that, so luckily I've gone the right way and pulled off a save."