Jonny Williams admitted that silly errors cost Swindon Town in their 2-2 draw with Rochdale on Saturday at The County Ground.

Ben Gladwin's stunning strike gave the Reds a richly-deserved lead at the break, but George Broadbent and Liam Kelly put The Dale firmly in the driving seat in the second-half after Town struggled to get going.

However, there was time for some late dramatics as Williams came off the bench to score a stoppage time equaliser, and he reflected on the game with the local media.

"We look to win every game, especially at home," Williams said.

"The Manager said before the game that our away record has been phenomenal this year and if we sort our home form out we'll be alright.

"A lapse in concentration and a poor start to the second-half meant that we found ourselves a goal down, but had the game gone on maybe 10 minutes longer, we would have gone on to win it.

"There was only one team that wanted to win that game.

"The defence has been very, very good off the back of Wardy's (Lewis Ward) very good performance and Jojo (Wollacott) has been excellent since I've been here.

"We've got a solid foundation and we need to get those errors out of the way. With the way we like to play, sometimes we are going to make mistakes and we can't always rely on the goalie to get us out of trouble, so we need to build on that."

Williams also reflected on his heroics off the bench as he made a stunning impact, producing a lovely finish from Kaine Kesler-Hayden's header back across goal to rescue Town a point deep in stoppage time.

"The Manager just gives me very short and sweet instructions. He wants me to just go and enjoy myself, express myself and that is something I've always done," Williams continued. 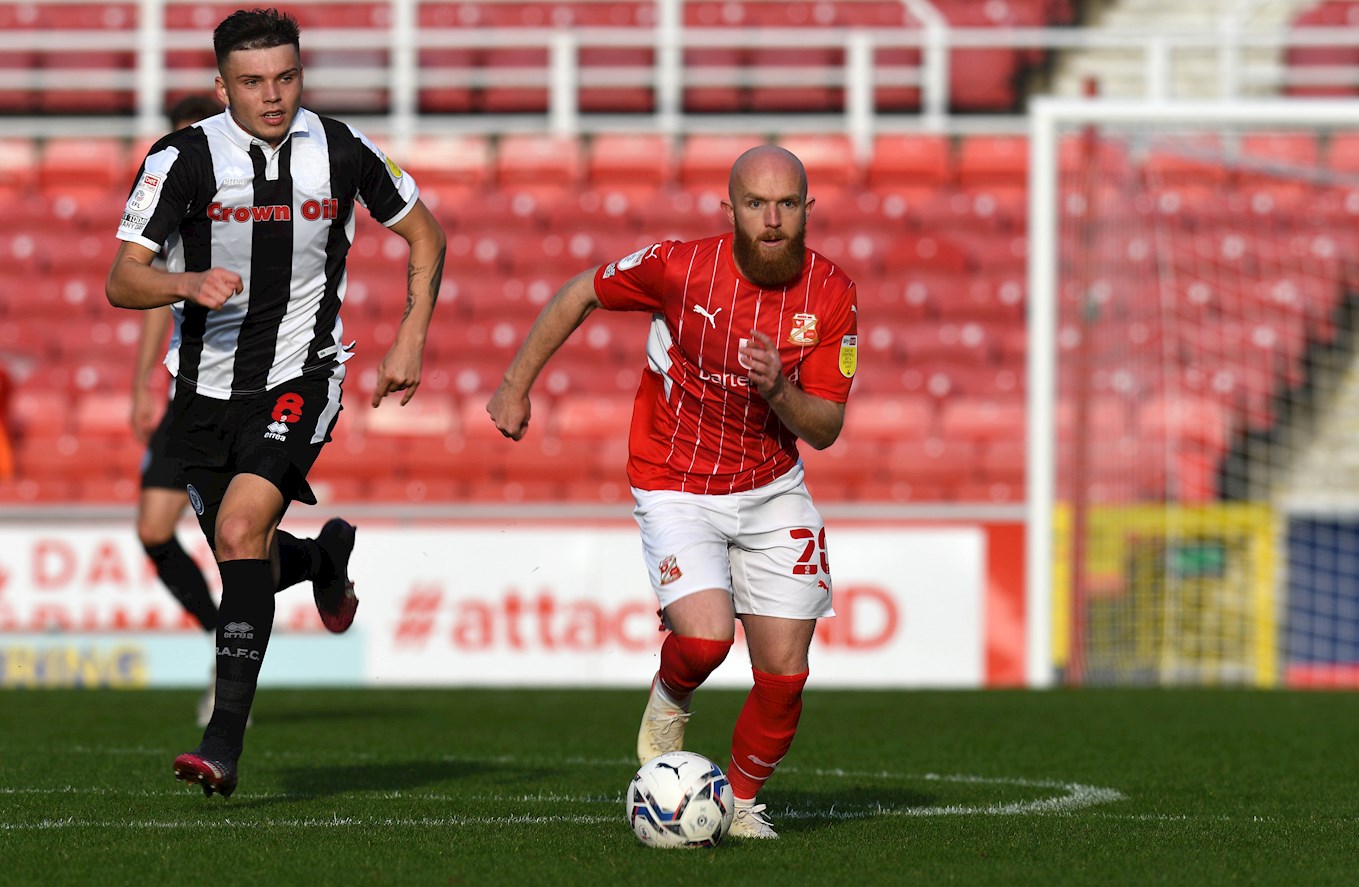 "I've got his belief in me and I feel like the shackles are off and hopefully the fans can see the best version of myself this season.

"It was a bit of fortune at the same time, Kaine has gambled and won the header back across the goal, but I've been working on just getting into the box and being there at the right time.

"Luckily on Saturday it dropped and I managed to put it away."

Williams also outlined his expectations as the team now look to kick on and stay in and around it at the top of the EFL Sky Bet League Two table.

"It could be really exciting, we just need to build on this, win as many games as we can from now until Christmas, see where we are at Christmas and then a big second-half of the season because everyone in that dressing room wants to get promotion," Williams said.

"We have surprised a lot of people this year so far with what we've built, and we just need to stay up at the right end of the table.

"It is just turning those performances into wins and winning 2-0, 3-0 and being ruthless in-front of goal - that's what we need to work on.

"We get the ball from back to front very well and we are a hard team to play against, we just need to cut out the silly errors that are costing us goals at the moment.

"The calibre of players is very, very good at this level and it is a pleasure to play alongside them."