Here are the key points from the Gaffer's pre-game press conference...

"We've had a couple come back in and train more this week.

"We've got one or two that probably won't make the weekend, but it is certainly not too long for anyone that does miss out this weekend and they will be back in contention next week.

"The squad is getting into a stronger and healthier place and there will certainly be more competition building over the next couple of weeks.

"Jordan Lyden and Mathieu Baudry have done the most training they've done this week, they will train again this morning and from that we will make a decision on the squad.

"We're pleased with how they've done this week and, as I said, we'll make a call after training today and we'll finalise the squad for Northampton.

"Ricky (Aguiar) is fine and he's trained all week. It was literally a couple of days with him, he turned his ankle against Arsenal in the EFL Trophy game but he's fine.

"We're still assessing Harry (McKirdy) and I would say he's doubtful for tomorrow, but we'll see after training today.

"Anthony Grant is back in from Monday.

"He's fulfilled the full 10 days as per the guidelines and he'll be back in with us from Monday morning.

"He's been given a programme by our Sports Science guys and we've found ways for him to do what he can do in the meantime and we've made the best out of the situation." 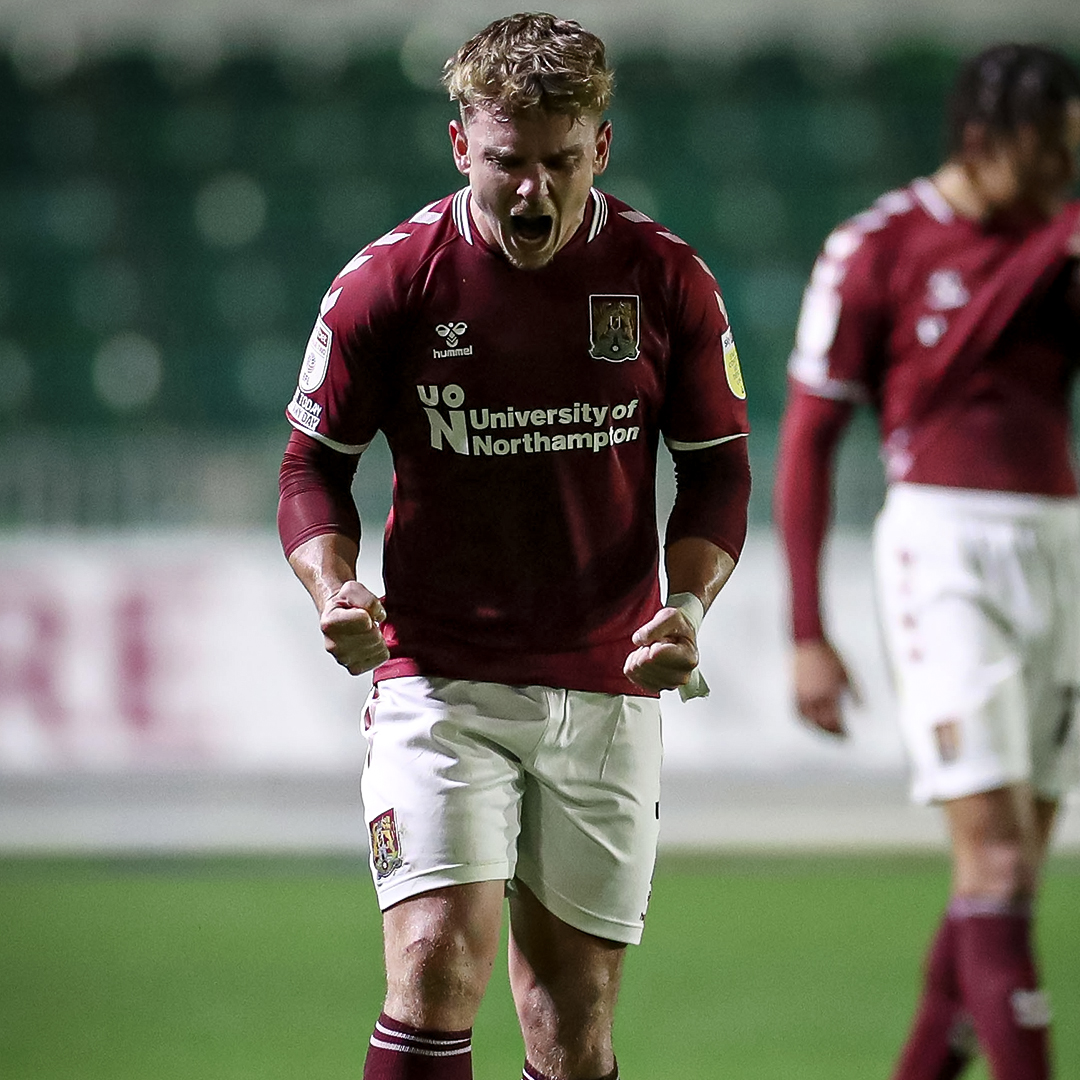 "They've had a good start to the season.

"I watched their game on Tuesday night at Newport and they are very resilient, very structured and they posed a threat constantly throughout the game.

"They are very, very good off set-pieces, they have been very effective from set-pieces this season and from long throws, so we know it is going to be a really tough game.

"However, we're unbeaten away from home in all competitions and we want to keep that record as long as we can.

"We will certainly be going there to win the game.

"We're focussing on ourselves and we need to be better in what we do in terms of reducing the effects of what the other team does, and that's been our big focus this week and that will be our focus moving forward as we head into future games.

"We're looking forward to the game and I'm fully expecting a much stronger performance this week than against Port Vale last week.

"We're not going to go away from the way that we play, that's our identity and that's the style of play we're going to have, but we just need to get better at doing it which we will do.

"We've done well largely and Port Vale was the only game this season where we felt we were a little under-par, so considering where we came from and where we started, we have to be realistic and not be too harsh on the squad and the staff.

"We're happy with the start but we now want to push on, we want to improve from here and we want to keep getting better and that starts tomorrow."

Garner On Away Form...

"It is a close-knit group and the first couple of away games gave the players a chance to get to know each other better because you have got the hours on the coach and the hours in the hotel.

"We've had some meals together and little initiations and getting to know the players, and I think being away from home just gives you that little bit more time together.

"It gives you time to forge those bonds and the away support has been terrific in every game, and that's been a huge, huge lift for the players.

"So far we've performed very well and we want that to continue tomorrow and we want to get another three points away from home.

"On the flip side, we also want to improve our home form and be really strong at The County Ground."