Romoney Crichlow described Town's performance in their 0-0 draw with Colchester United as one of their best of the season so far, and felt they deserved a lot more from the game.

The Reds had to settle for a share of the spoils from their EFL Sky Bet League Two encounter with the U's yesterday, despite absolutely dominating proceedings at The County Ground and producing a really encouraging display.

Controlling possession, Town carved out a number of clear-cut chances with Ellis Iandolo and Jack Payne both going close in the first-half, while Tyreece Simpson was inches away from hitting the back of the net with a header in the closing stages of the game.

It was frustrating to not come away with all three points but, speaking to the media in the wake of the contest, Crichlow lavished praise on his teammates for the way they played throughout the afternoon.

"I thought it was a great performance and it was one of our better ones as a team," Crichlow said.

"We were unlucky not to win the game having had so much possession - I'm sure we had the majority of it - we were a bit unlucky but we've got to be more clinical with our chances.

"It was one of our better performances of the season, especially at home.

"We had to stay switched on because we knew from watching them that a few of them like to stay up high, so if they counter-attacked they were going to be a big threat.

"The back-five had to stay switched on behind the ball and stay concentrated.

"We did it much better in the second-half in terms of locking on early, whether it was me or Akin (Odimayo) stepping in and protecting it, and then Dion (Conroy) cleaning up behind it.

"There weren't many counter-attacks to deal with in the second-half." 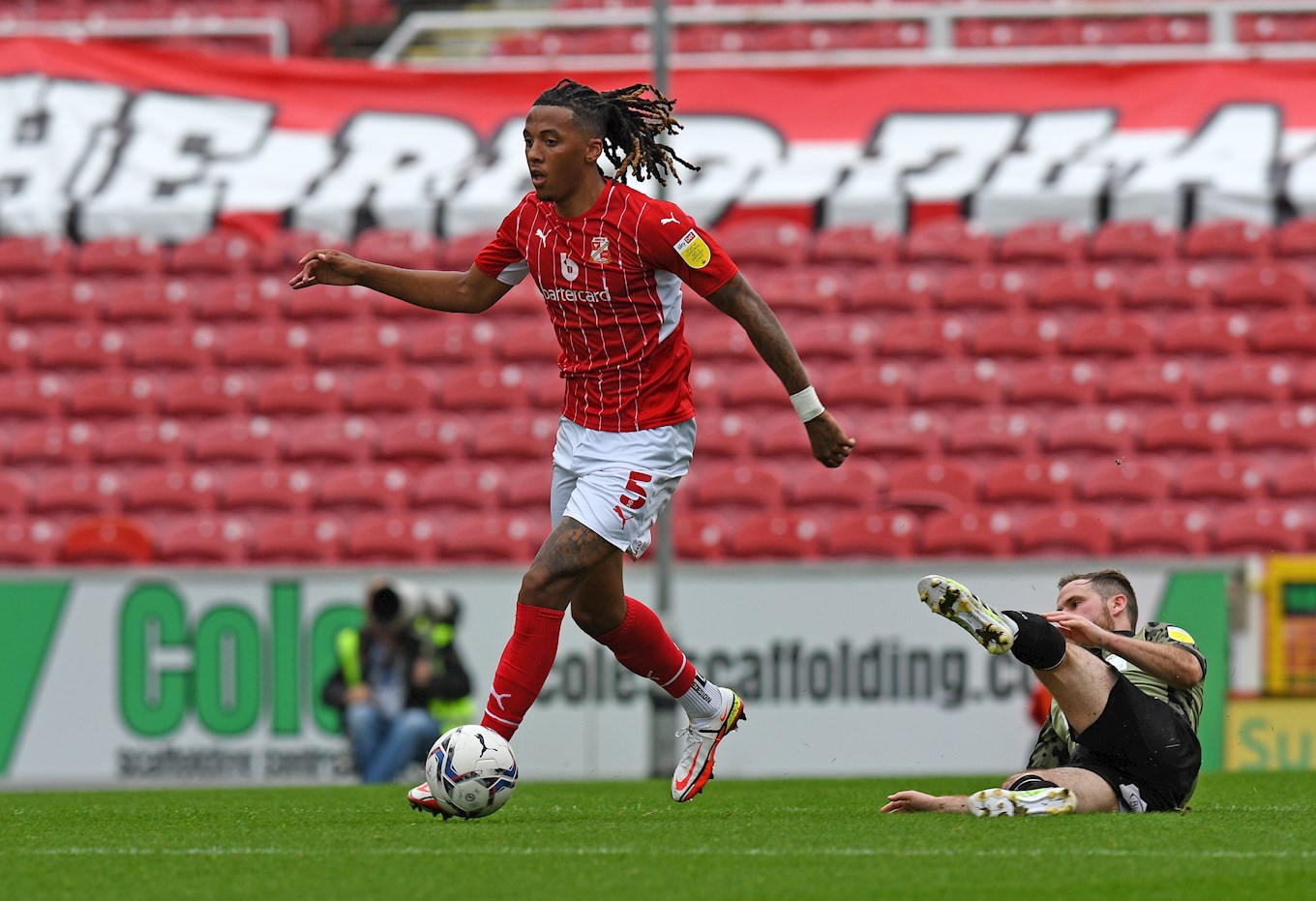 Crichlow has had to get used to the physical side of the game so far this season, and he's been happy with how he has started his loan spell with Town in general.

"The plan for me to come on loan was to play as many games as possible and to learn the physical side of the game because higher up it isn't as physical, it is still physical but it is more physical lower down the leagues," Crichlow continued.

"I think I've been exposed to a lot of physicality and a lot of different playing styles, so it has been beneficial for me.

"My main goal was to cement my place in the Starting XI and my performances have allowed me to stay in the team.

"My main thing was to keep my performances consistent and stay in the team as long as possible."