Town made their move on Transfer Deadline Day earlier by signing talented forward Gilbert on a season-long loan deal from Premier League outfit Brentford to bolster their attacking options.

And the 19-year-old is excited at the prospect of playing in-front of big crowds and using his talents to help the Reds climb the table this season.

“It was my first experience of Transfer Deadline Day action and drama, but it has been good and I’m excited to come to a club like Swindon, get going and get performing for the fans,” Gilbert told swindontownfc.co.uk.

“Looking at the previous games, speaking to the Manager and the style of play they are trying to achieve here is exactly what I want to do.

“I want to play football, score some goals, dominate the ball which is what they do having seen their possession stats from the past few games, and I think it suits me perfectly.

“Hopefully we can keep it up and kick-on. 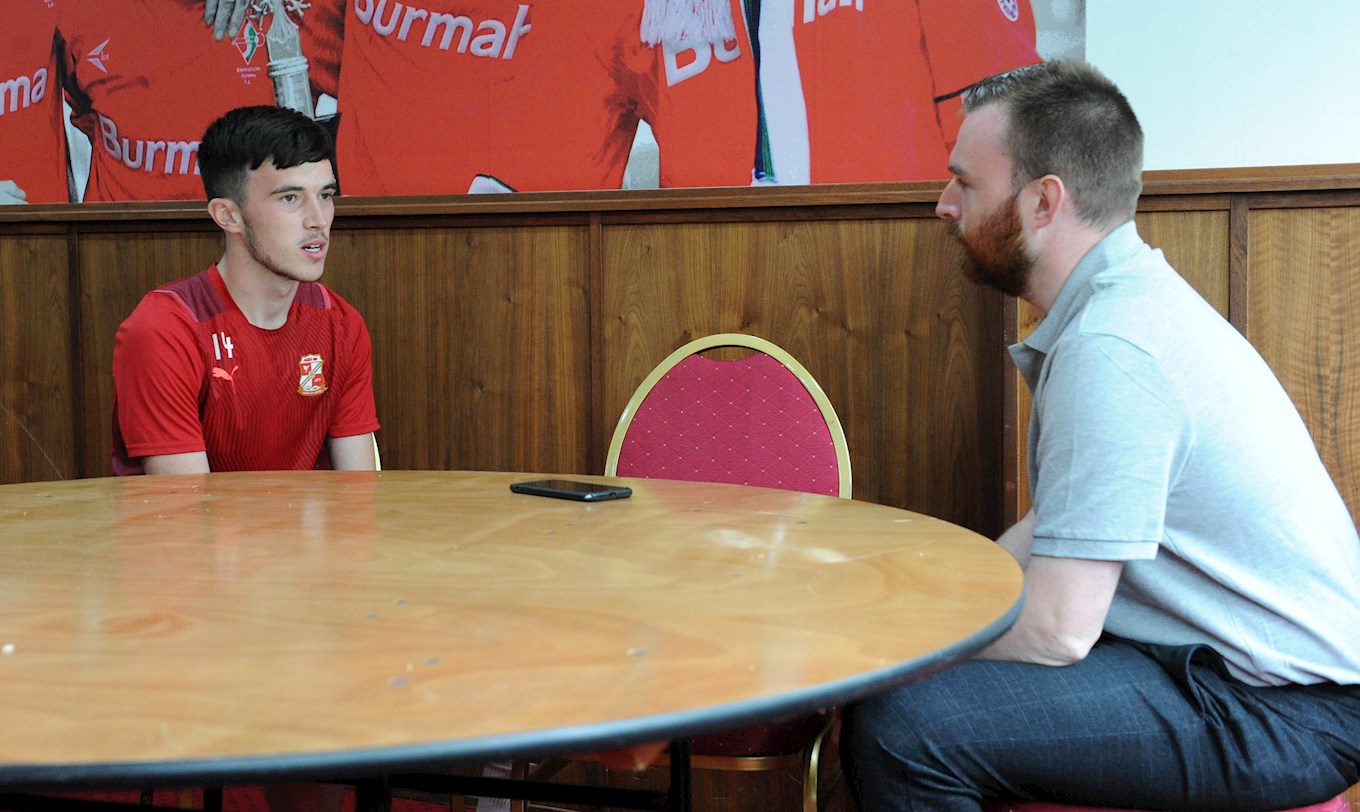 “I’m just excited to get going.

“I’ve watched the highlights from some of the games, I’ve seen the crowds at places like Scunthorpe and, for me, the games I have played in the past have all been during the Pandemic and there haven’t been any fans there, so this will be my first real taste of having fans there weekly and that’s what every player wants, so it will be great.”

Gilbert went on to outline what Town fans can expect from him during his stint at SN1, as well as being able to reveal his excitement at linking up with Tyreece Simpson up top for the Reds.

“I play just behind the striker, I like to make things happen, get on the ball, create, play in-between the lines and hopefully score some goals,” Gilbert continued.

“I like to score off both feet and I won’t be afraid to take some shots, take risks and that’s what I hope to bring.