Swindon Town were forced to settle for a point after playing out a 0-0 draw with Colchester United at The County Ground this afternoon.

Both teams had chances in the first-half with Ellis Iandolo and Jack Payne going close for the Reds, while Jojo Wollacott had to be sharp at the other end of the pitch.

Tyreece Simpson was unlucky not to score with a bullet header late in the second-half, with the game ending in a scoreless draw.

Town Head Coach Ben Garner made just the one change to his Starting XI as Ben Gladwin replaced Jonny Williams, with the Welsh International missing out.

Rob Hunt, who missed the draw away at Northampton the week before for the birth of his child, was back in the matchday squad, as was Mathieu Baudry who was missing with injury since early August.

It was a lively opening few minutes as Jojo Wollacott cut out a dangerous-looking cross before gathering at the second attempt, while the Town goalkeeper was able to deal with a Frank Nouble shot moments later.

Ben Gladwin fired a sublime ball behind the Colchester defence which Tyreece Simpson ran on to, but his progress was stopped after the whistle was blown with a visiting defender going down under pressure.

Town carved out the best chance of the game so far around the 20-minute mark as Ellis Iandolo cut in before unleashing a curling effort from distance, which was punched over the crossbar by Shamal George with Kaine Kesler-Hayden blasting over from the resulting corner.

Simpson and Payne played a nice one-two which set the latter clean through on goal, but Payne's effort was blocked by the onrushing George with the visitors eventually clearing the danger.

Cameron Coxe's pinpoint cross just missed Freddie Sears inside the box at the other end, before Alex Gilbert started a flowing move and then ended it, getting the ball back inside the area and firing a low shot towards goal which was smothered by George.

There wasn't a lot of action to digest, but both teams were having good looks with Romoney Crichlow producing a superb bit of defending to stop a dangerous-looking attack, while Gilbert again threatened as he worked his way inside the area before firing a shot over from a tight angle.

With time ticking away in the first-half, the search for the first goal of the game continued as Freddie Sears had his initial shot blocked, before Alan Judge could only hit the Alan McLoughlin Town End with the follow-up.

Town then had the best chance of the half as Iandolo once again poured forward before stinging the palms of George with a fierce effort which was tipped wide, before Wollacott managed to push away a tricky shot from Judge to end the half. 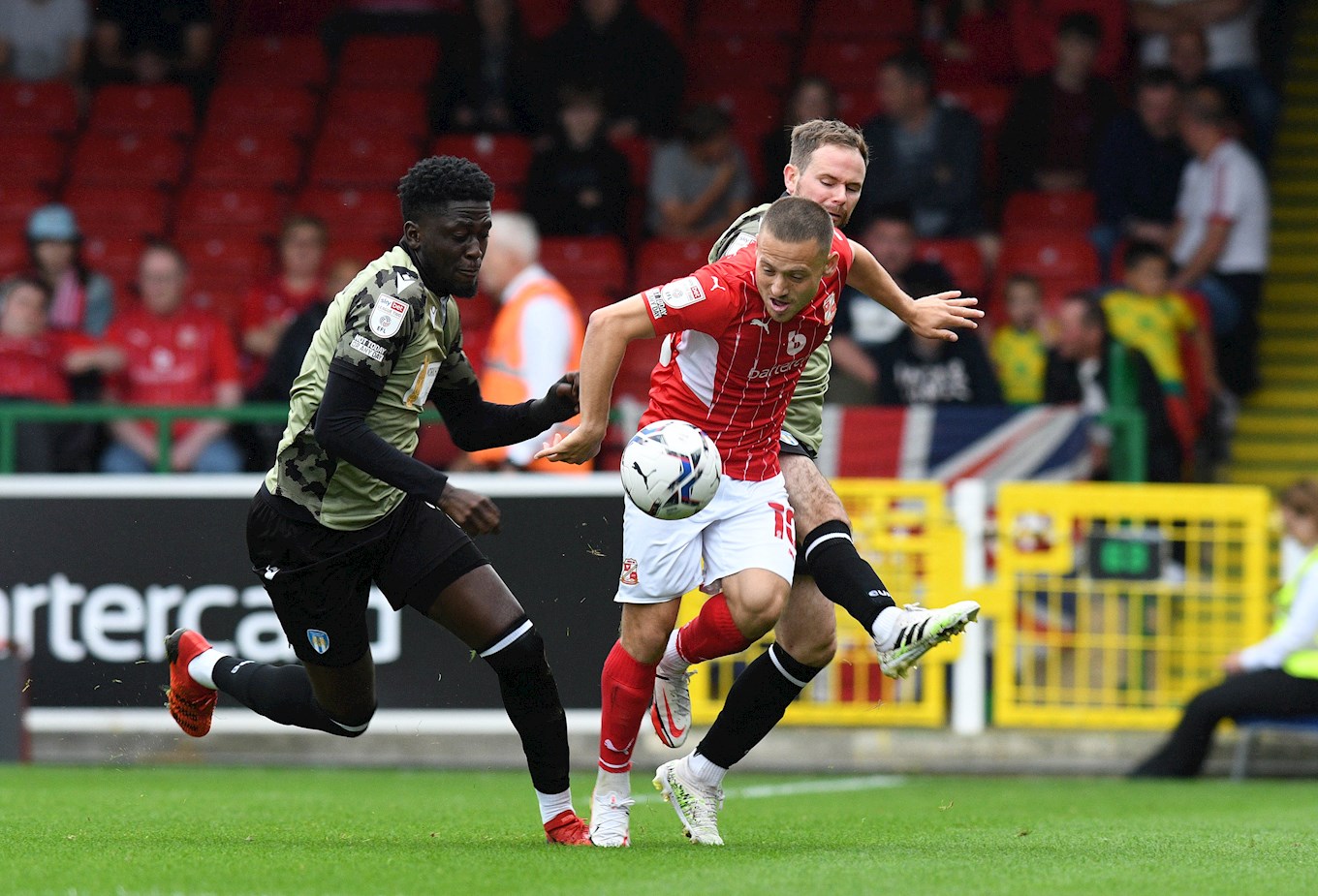 There was a quiet start to the second-half and, although the U's did have the ball in the back of the net, their celebrations were cut short with the whistle blown for handball.

The game began to open up a little bit as Town looked for the opener with Gilbert dragging a shot wide, before firing over after Kesler-Hayden had slipped inside the box at the wrong time.

Things then settled down again as both teams did a good job of frustrating each other and restricting chances, with the game evenly poised heading into the final 20 minutes or so.

Crichlow advanced up the pitch looking for options but, with none available, he decided to go for goal although his effort flew wide.

Town carved out a golden opportunity in the final 15 as Kesler-Hayden whipped in a brilliant cross right on to the head of Simpson, but the No. 9's header went inches over the bar.

Colchester went close to bagging the winner themselves as they won the ball back in a dangerous area, leading to Tommy Smith to whack a well-struck shot inches over the bar.

The Reds decided to add some fresh legs in the final 10 minutes as Jayden Mitchell-Lawson replaced Gilbert, before the U's nearly won the game at the death as Charlie Daniels forced a smart stop from Wollacott.

Town had one more chance right at the end as Simpson pumped in a cross that was headed over by Payne, and that was it with both sides having to settle for a share of the spoils.