Swindon Town suffered a frustrating 2-1 loss to Port Vale in the EFL Sky Bet League Two at The County Ground this afternoon.

Despite their best efforts, Town were unable to clinch at least a point at SN1 with the Valiants doing a good job of frustrating their hosts.

It wasn't the best of starts for the Reds who found themselves a goal down past the twenty-minute mark thanks to Ben Garrity's superb volley, and that proved to be the difference at the break.

Town Head Coach Ben Garner named a very attacking team as Jonny Williams made his first full start for the club after returning from international duty with Wales, while Kaine Kesler-Hayden was also back in the Starting XI after representing England U20s on Monday.

Alex Gilbert, fresh off impressing last weekend and in midweek, made his full league debut for the Reds while Tyreece Simpson again led the line.

It was a lively start for both teams as Devante Rodney beat his man before firing a shot at Jojo Wollacott, who was able to get down low to come up with a big, big save, while Alex Gilbert nearly created a chance for himself at the other end.

Tyreece Simpson then did brilliantly to beat his man before having a shot blocked inside the area, and Jack Payne sent a tame effort straight at Lucas Covolan. 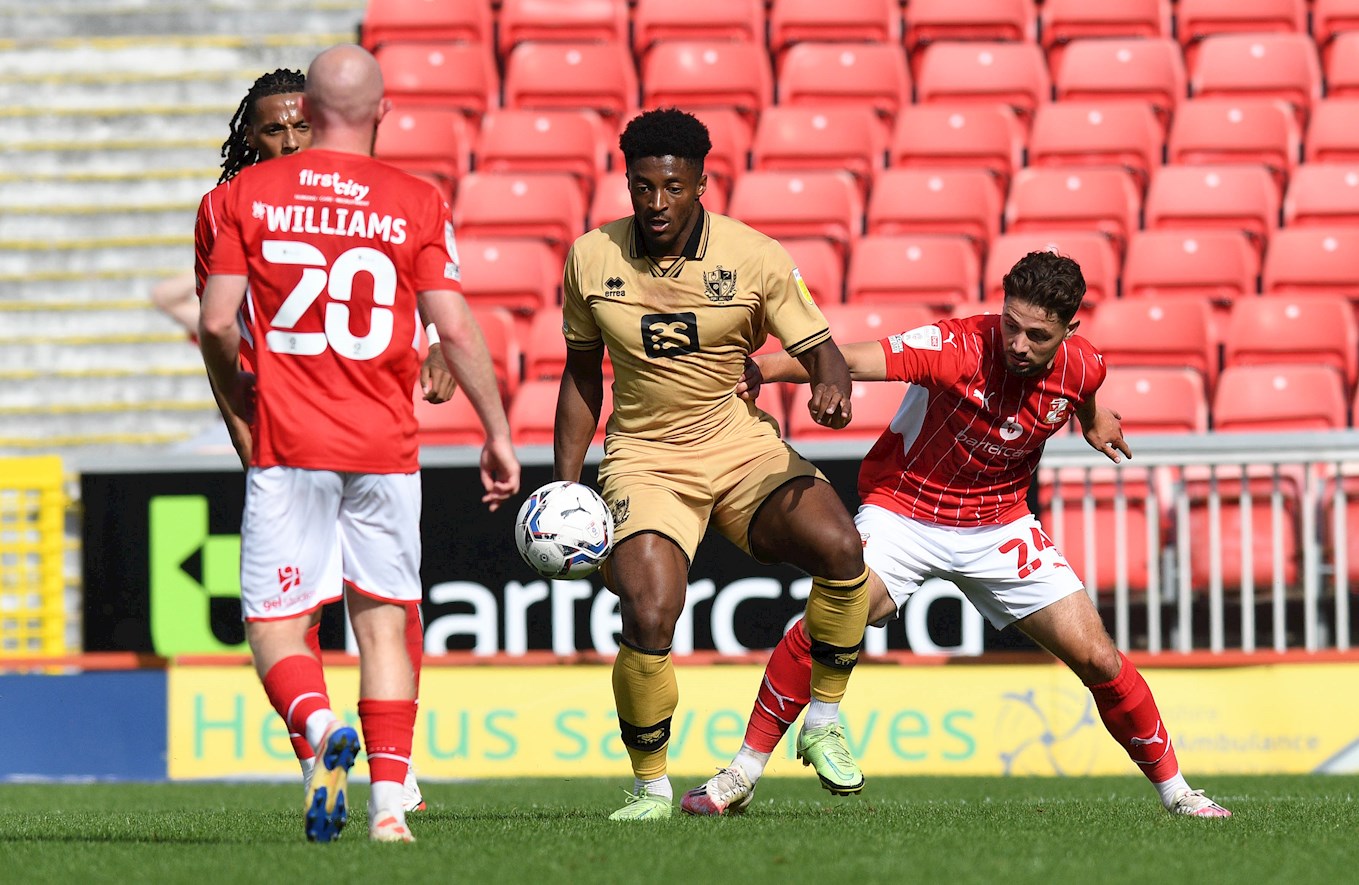 However, it was Vale who landed the first blow of the game as a dangerous cross fell perfectly at the feet of Ben Garrity, who smashed an unstoppable effort past Jojo Wollacott for the first goal of the game.

There was nearly a second for the visitors just past the half-hour mark as Rodney rounded Wollacott but, with an open net to aim at, he lost control of the ball and the danger passed.

Town did eventually click into gear and they went close to equalising thanks to Alex Gilbert, who's powerful effort was gathered by Covolan at the second attempt.

Kaine Kesler-Hayden then just missed out on connecting with a dangerous cross, and Garrity's impressive volley was the difference at the break.

Town enjoyed a dream start to the second-half as Gilbert advanced forward, before playing a perfect ball across goal where Simpson was able to tap into an empty net to restore parity.

Gilbert was having a stellar game and he nearly gave Town the lead with 53 minutes played, showcasing his Premier League ability by weaving his way through two defenders before having a powerful shot tipped over the bar. 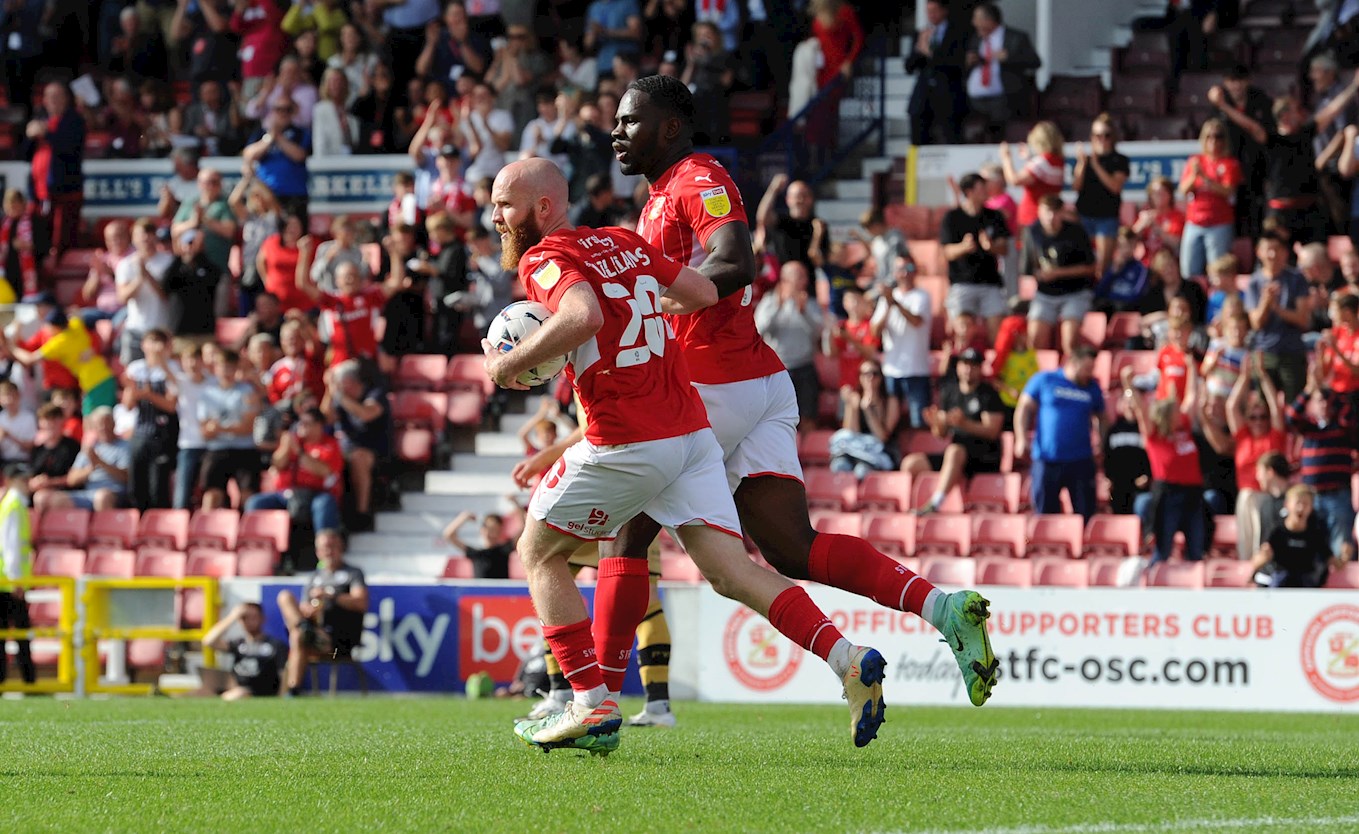 It was then Vale's turn to threaten as James Proctor had a low shot smothered by Wollacott, before Worrall slammed a shot into the side netting.

Town soon went back on the attack themselves, however, and they could consider themselves unlucky as Gilbert latched on to Ben Gladwin's sublime ball across the length of the field, before firing a shot from a tight angle just wide.

Head Coach Ben Garner then made a change as Jayden Mitchell-Lawson replaced Williams, while Ellis Iandolo came on for Gladwin shortly after.

In-between those changes, the Reds came so close to taking the lead as Simpson decided to try his luck from distance and he was so unlucky as his incredible strike cracked back off the underside of the bar before bouncing out to safety. 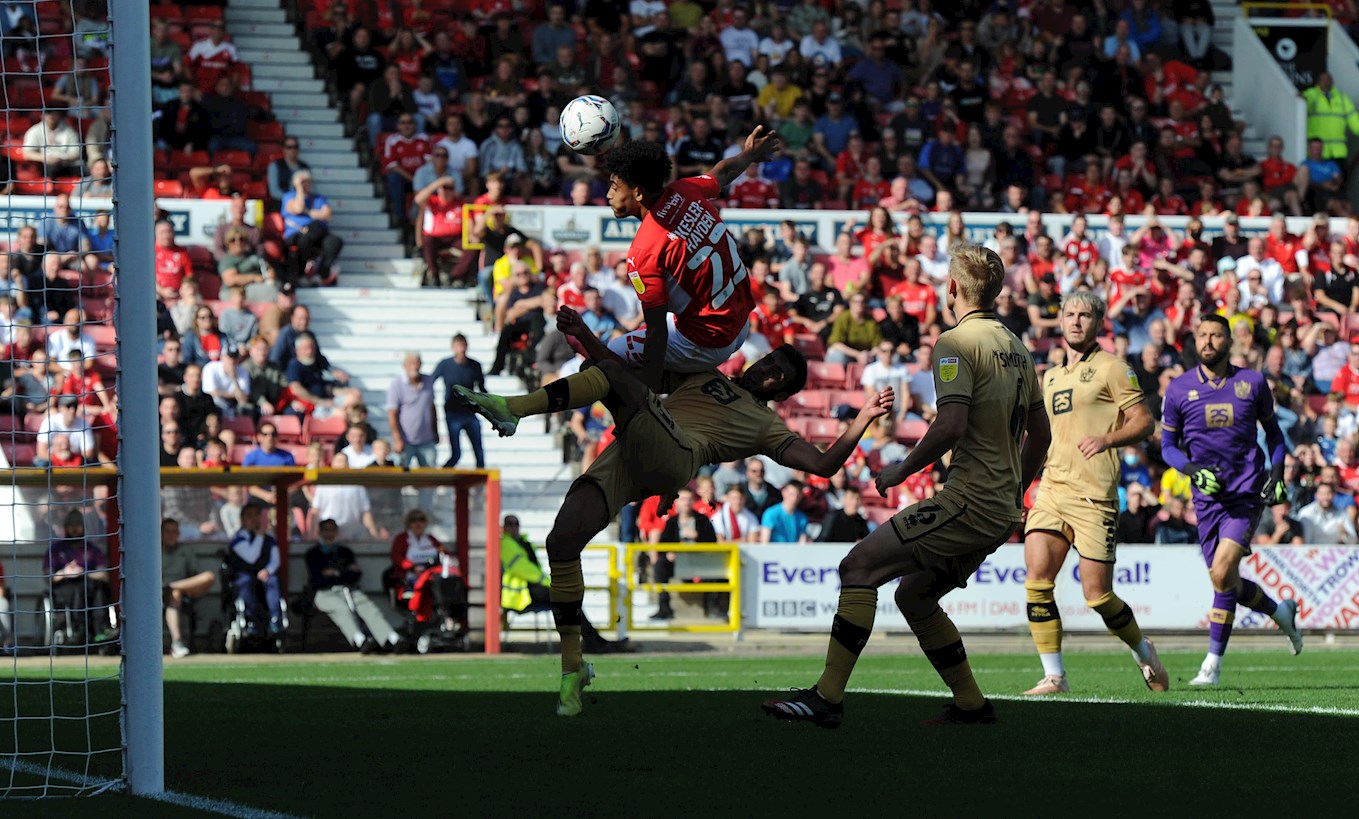 Town then made their third and final change of the game as Harry Parsons replaced the very impressive Gilbert.

However, there was disaster just round the corner as James Gibbons slammed a shot against the post, with Garrity on hand to smash home his second goal of the afternoon.

Armed with the lead once again, Vale were intent on frustrating their hosts for the remainder of the game, and they succeeded in their mission as Town fell to a narrow defeat following a frustrating day at the office.