Swindon Town Head Coach Ben Garner was keen to focus on the positives in the wake of his team's 1-1 draw at Northampton Town earlier today.

The Reds secured a share of the spoils thanks to Tyreece Simpson's third goal of the season, and they had further chances to win the game.

After Fraser Horsfall equalised for the Cobblers, Garner spoke to the local media about the result, the performance and a lot more.

"There's a bit of frustration if I'm honest.

"It was a really good goal to get ahead and we had a couple of great chances to make it 2-0, which would have put the game to bed.

"It was really just a case of whether we could deal with the barrage of long throws and set-pieces, and unfortunately we conceded from one.

"I've just seen it back and it is an unbelievable header to be fair to him - it is a wonderful header.

"We're disappointed not to take all three points.

"Even after that, when it is 1-1, we had a great opportunity to win the game so slightly disappointed not to come away with three points, but the positive is we came to a real difficult place to come against a Northampton team that are very good at what they do.

"To be disappointed with a point is a good sign of the progress we're making.

"We will take the positives out of it heading into next week.

"They do what they do very well and I thought it was a great atmosphere - credit to them.

"It is a difficult place to come and they don't concede many goals, defensively they are very strong, their two centre-halves are excellent for them and the fact we're disappointed with one point is a great sign and we'll take the positives from it." 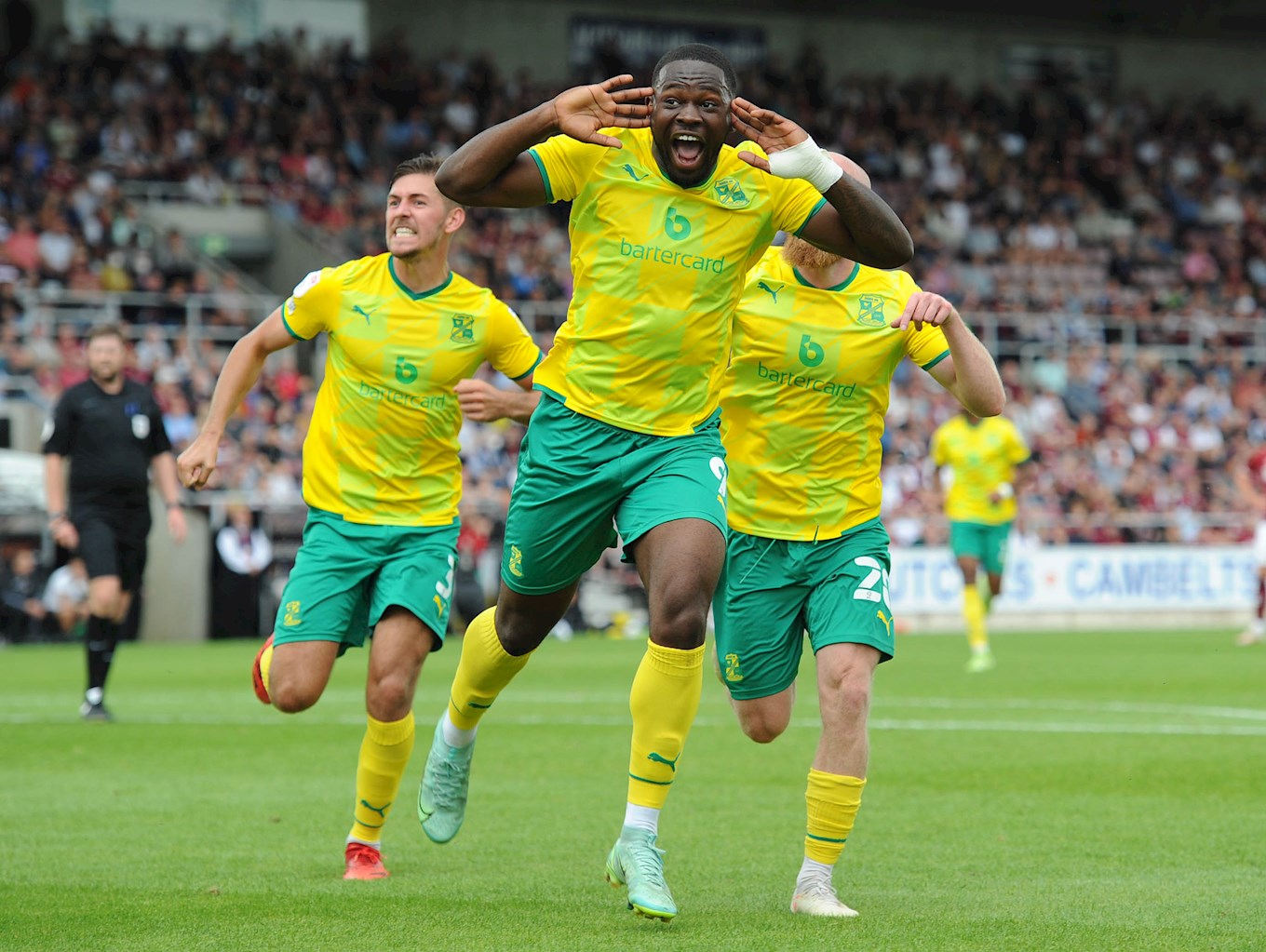 "I try and look at the forwards in terms of chances they have not just goals scored, and Tyreece hit the bar in the first-half, he scores the goal and he had another great opportunity and he's there at the end almost scoring.

"On another day he could be walking away with three or four more goals, which is great and that's what we want from players in those positions.

"We'll keep working with him on his movement, his finishing and keep polishing those things up, but his mentality is the most important thing.

"Keep getting in those positions, you will score three goals and that's three for him now and we're delighted for him."

"It isn't one where someone has lost their man or switched off - we work hard on them and the lad marking him was with Horsfall, but 99 times out of 100 that header doesn't go in.

"It was an unbelievable header that creeps into the corner.

"It is the first corner we've conceded from and if we are only conceding one corner every nine or 10 games, I'll take that this season." Garner On The Defensive Performance:

"I thought the back-three were very good and I thought defensively we were much-improved from last week.

"There are still areas we need to polish up on but I thought they built the play really well for us, they were really good on the ball, we progressed through the pitch brilliantly and they started the game really well.

"The first 20 minutes we had a much-better tempo to our play and it was just that final-third which was the only thing we spoke about at half-time, just being more clinical and we couldn't get that second goal.

"We got one, we couldn't get the second but, overall, lots and lots of positives in there today.

"We had good balance in the team today in the way we set-up and, as always, we look at them and how they play and they play for territory.

"They do it well, they are physical, they back it up, their front players are a handful and they get balls into the box very, very well and we put a team out that we thought could best cope with that, but also a team that could hurt them.

"And I thought we did hurt them today.

"We had a really good amount of possession today, some really good football and we're disappointed not to come away with all three." 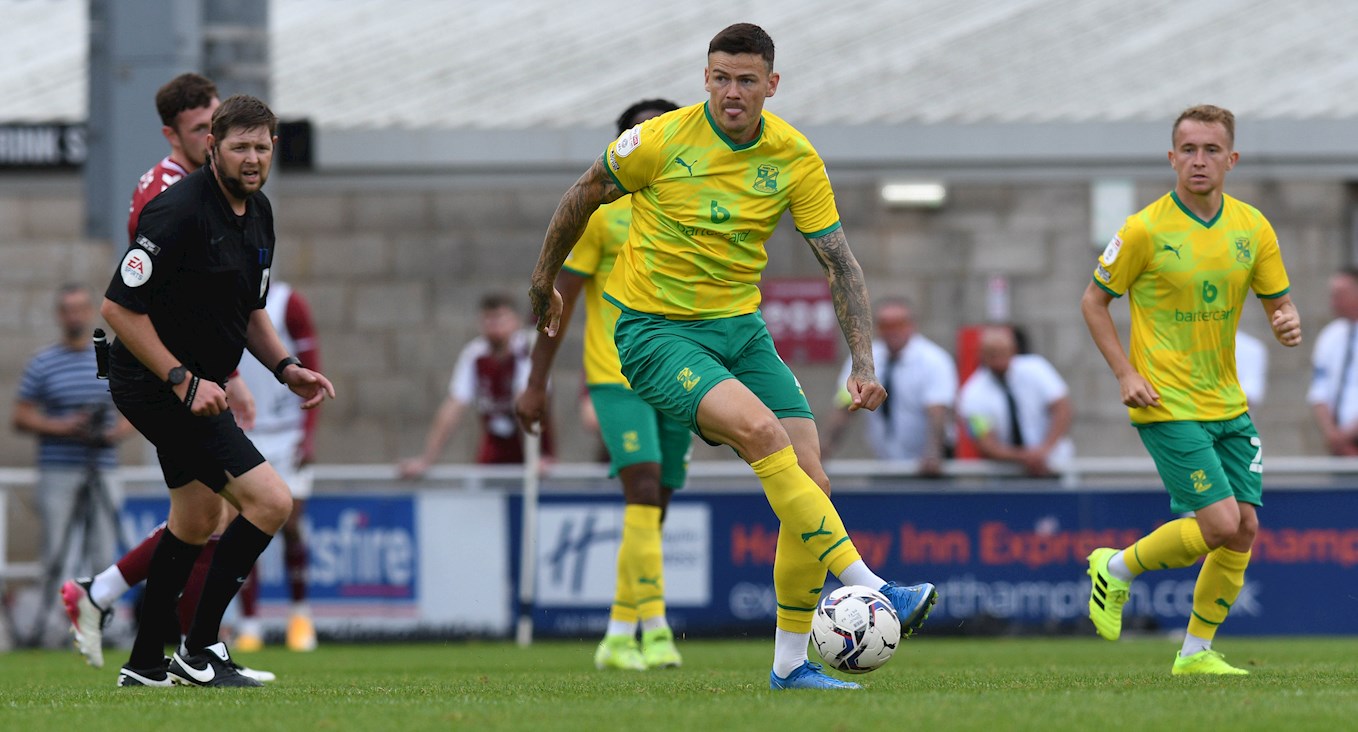 "It was just picking the team that I felt was right for today, and it was nothing against Ben.

"He came on and did great - I thought he made a real impact on the game.

"He gave us energy, pressed, got tackles in and then there is his quality on the ball.

"Sometimes a player can come on and have more of an impact on a game than when they start, and Glads did that today.

"I thought he was excellent."

"He was in the squad today but his partner went into labour this morning.

"He was with us in the hotel and he's gone off, so we're hoping for good news later today or tomorrow.

"We wish Rob and his partner all the best.

"A lovely touch at the hotel today was when he was leaving, every player got up and wished him all the best and that speaks volumes for the group we've got.

"Hunty is a great lad and we're hoping for wonderful news later - a new addition to the Swindon family."