Swindon Town Head Coach Ben Garner was delighted with how his team performed in their 0-0 draw with Colchester United at The County Ground earlier today.

The Reds dominated plenty of possession and created a boatload of chances against the U's at SN1, but were unable to force the breakthrough.

While disappointed to only have a point to show for their efforts, though, Garner was pleased with the overall display when reflecting on the performance with the local media in the wake of the game...

"The only disappointment was not winning the game.

"I thought performance wise we were very, very good and, as an overall performance, it was probably our best of the season.

"I thought the tempo we played at was excellent, we controlled the game, we created opportunities, defensively we restricted to them very little and, if we could have got one, we probably would have got more because they would have had to have come out.

"We're really pleased with the performance and if we keep performing like that then we'll win plenty of games.

"We had a good tempo throughout the game and we're getting fitter and stronger.

"We're pleased with the start considering we weren't up to speed physically and now we are getting there, so the aim now is to keep pushing on, get stronger, fitter and quicker and maintain this level of performance and build on it.

"We had loads of opportunities around the box and we didn't make the right decisions sometimes, we had a great move with the header from Tyreece Simpson in the second-half which was a great opportunity to win the game. 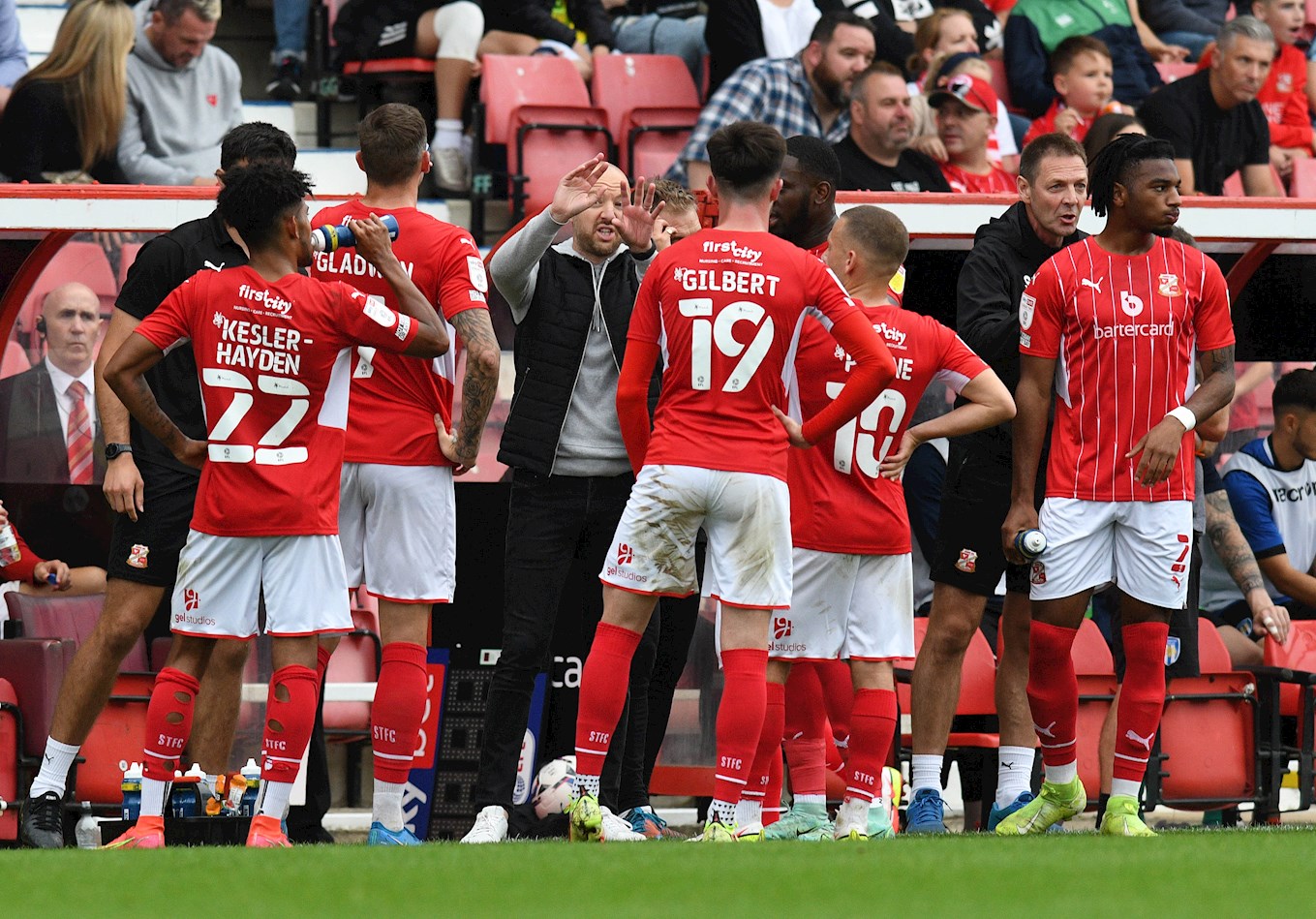 "We got into enough areas and created enough opportunities to win the game, and the only disappointment is it is one point rather than three.

"We were very dominant, we pressed really well in the second-half and we had a very good tempo to our play, we passed the ball very well and it was just a case of trying to break them down. They had some very experienced players in their team, especially in that back-line.

"We created the opportunities, we got into the positions and it wasn't through a lack of effort, we just couldn't get that goal.

"There's always things to improve but, as a baseline performance, it gives us a platform to build on now and it was our best of the season overall.

"There's still lots of areas to improve but we'll come back in next week and do exactly that."

"He's worked really hard on his distribution with Steve Mildenhall and credit to him and Wardy (Lewis Ward), because they all work really hard every day and that's something that Jojo has added to his game.

"He works really hard on it week in and week out and he's constantly developing as a goalkeeper.

"Jonny Williams was actually in the squad but, unfortunately, he got a blow to the back of his head after training had finished.

"He got hit by a ball in what was just a freak training ground incident and it is actually a mild concussion, so we're following the protocol and he wasn't available today.

"The first port of call is his welfare, he's been checked over and he's absolutely fine today.

"Granty has come back in, he's been away for a few weeks and I picked the squad based on performances in training in the week and who I thought looked fitter and sharper.

"I went with Ryan East on the bench because he's done so well in training recently, so that's the competition we want.

"Mathieu Baudry was back in the squad today so we're getting competition now and we want that.

"It is done in the right way in that those who perform in training and those who do things right and are performing on the pitch will get the opportunities.