Town midfielder Louis Reed has given his thoughts on the team's superb 1-0 victory over Mansfield Town on Saturday.

It was a perfect end to a very productive month for the Reds as they finished August on a high by beating The Stags at The County Ground on Saturday, picking up their first home win of the season as a direct result.

Reed played a starring role in that victory for Town, making some big plays at both ends of the field, and the all-action midfielder reflected on the game.

"We were a bit slow starting, especially in the first 15 minutes, and we didn't really get our passing game going but we knew coming into this season that it wasn't always going to be pretty at times," Reed told swindontownfc.co.uk.

"We've done really well over the last couple of games in that sense in that we've had to be a little bit ugly with our play, but we've dealt with it well.

"We've been working on patterns of play, the manager is big on building from the back and playing an attractive style of football, so to get the reward with Tyreece getting his first goal and doing it in the way the manager wants to play was a big bonus for us."

Reed carved out arguably his best performance in a Town shirt so far on Saturday, producing a sublime last-ditch block to save a certain goal in the first-half, before hitting the post with a beautifully-struck free-kick in the dying seconds of the game. 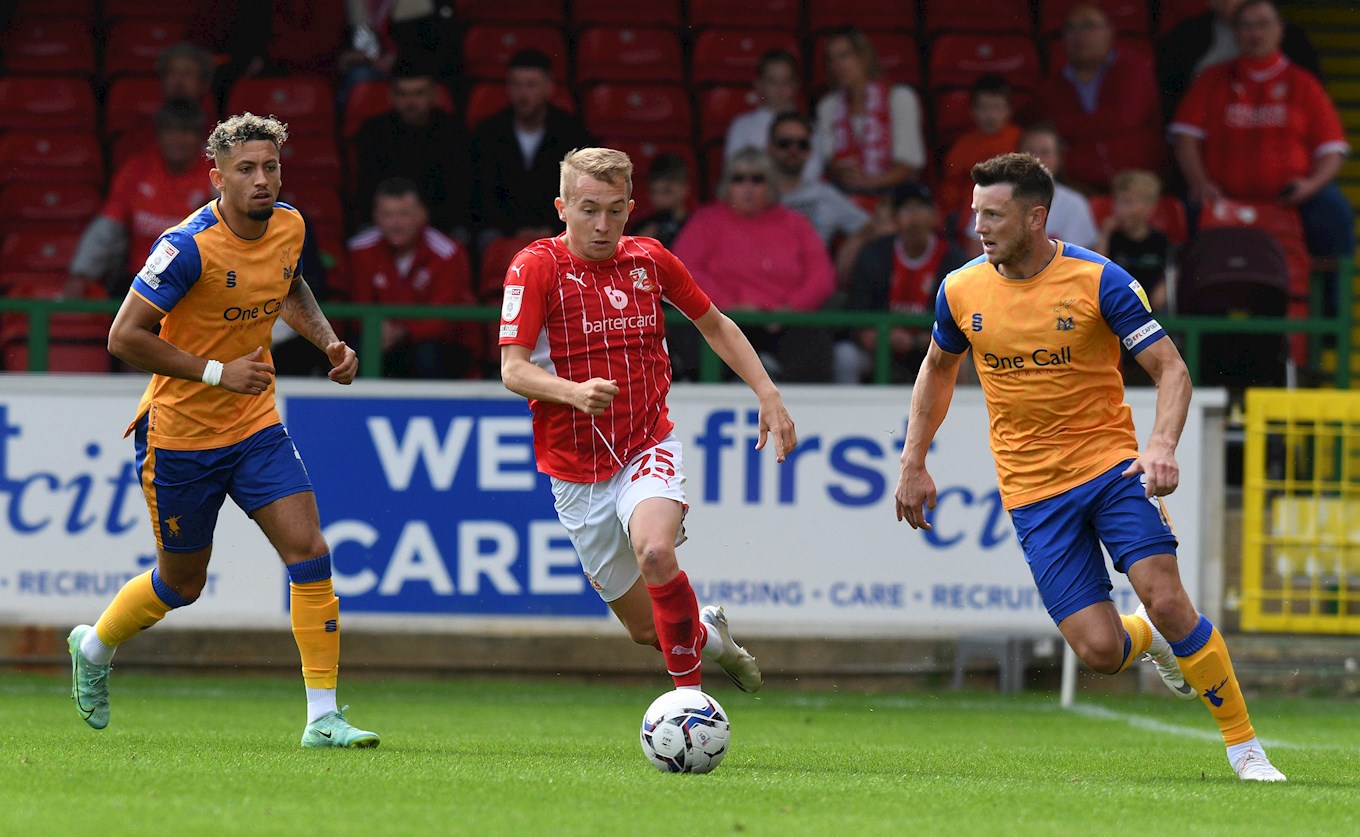 "I don't really remember it too well, to be honest," Reed said of his superb defensive play.

"I just remember facing my own goal and realising that they had a man over at the back post, so I kind of just reacted as it happened and luckily I found myself in the right position to make the block.

"Next week it might be someone else who is in that position, but it is about helping out your teammates if someone has made a mistake or if someone is not in the right position - you maybe have to get them out of jail a little bit and do that for them.

"We've been working on free-kicks all week in training and I knew there were a few lads who fancied themselves on free-kicks, but I managed to get the nod on Saturday and I'm just gutted that it didn't sneak inside that post."

Finally, Reed shed some light on his time at SN1 so far and the midfielder is loving life in Wiltshire given the positive vibe around the club.

"Everyone has settled in nicely now, everyone has got a good understanding with each other in regards to how each other wants to play and strengths and weaknesses within the team.

"We're coming along nicely and if we can keep this momentum going then I think we'll be a real handful."