Swindon Town Football Club are absolutely delighted to announce our initiative that will encourage the next generation of fans to support their local team.

In partnership with the Swindon Town FC Community Foundation and TrustSTFC, Swindon Town have handed out 500 tickets to six local schools for our game against Port Vale this weekend.

Tickets were handed out to the following schools:

Visits were also made to Rodbourne Cheney Primary School where Swindon Town Mascot, Rockin' Robin helped to hand out tickets to some lucky children, while club legend Don Rogers and Town CEO Rob Angus visited Goddard Park Primary School on Thursday to take part in a Q&A with the School's Year 5 pupils.

We will now see hundreds of children at The County Ground for this Saturday's game against Port Vale, and we want to ensure that they have an enjoyable day out and want to come back again.

The next generation of football fans is crucial for this Football Club, and we are committed to ensuring that local children have every opportunity to come and support their local team.

This initiative is just the start and, thanks to the hard work of both the Community Foundation and TrustSTFC, particularly Mike Welsh, President of Trust STFC, who has been instrumental in this movement, we will be reaching out to more schools and engaging with more communities throughout this season and beyond.

Swindon Town is a community club and we want to see as many kids as possible wearing Swindon shirts throughout Wiltshire and cheering on their local team. 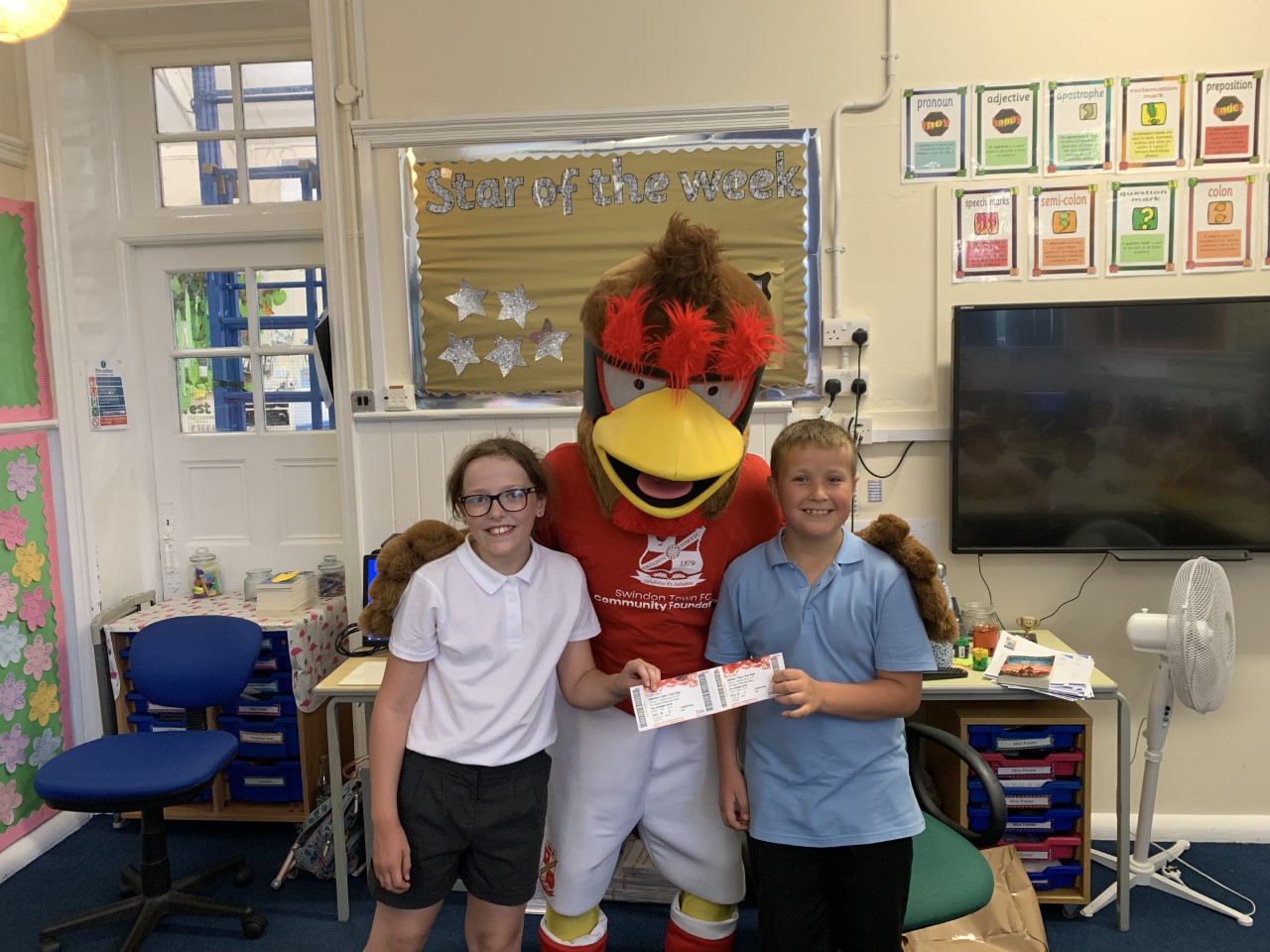 Speaking on the launch of our Schools Ticket Initiative, Swindon Town CEO, Rob Angus, said: "This is a really important initiative for the Football Club as we look to encourage the next generation of Swindon Town fans to come and support their team.

"This is a great way to engage with our local community and grow our fanbase, and we are committed to ensuring that more steps are taken after this one when it comes to encouraging the next generation of fans to come to The County Ground.

"I want to thank Jon and Shane at the Football in the Community Foundation for all of their hard work in getting 500 tickets to six local schools this week, and huge thanks as well as to Mike Welsh, President of Trust STFC, who invited us to Goddard Park Primary School in his role as Head Teacher.

"We look forward to seeing so many new faces at The County Ground this coming Saturday, and hopefully beyond."