Swindon Town Head Coach Ben Garner has vowed that his team will give it all they've got against Newport County today.

In what is a huge EFL Sky Bet League Two clash with massive Playoff implications, the Reds are preparing to take on fellow promotion rivals the Exiles at The County Ground (3pm Kick-Off).

And, speaking ahead of the game, Garner gave his thoughts on what he expects from Newport, coupled with what his team will have to do in order to come out on top

"We’ve had two good games against them," Garner said.

"Both very difficult games in both competitions, especially the away game in the league. I thought it was a really high standard game on the day.

"I thought both teams performed very well, both teams attacked and we had to fight really hard that day for the three points and I’m expecting nothing less of a challenge (on Saturday).

"They’re a good side, I think James (Rowberry) has done a good job putting his style across and how he wants to play.

"I think it will be a good game, you know, it’s one we’re looking forward to. I don’t see Newport coming here and just parking the bus so to speak.

"I think they will try and attack and try to win the game and we’re certainly doing the same, so let's hope for a good game and we’ll be doing everything to come out on top." 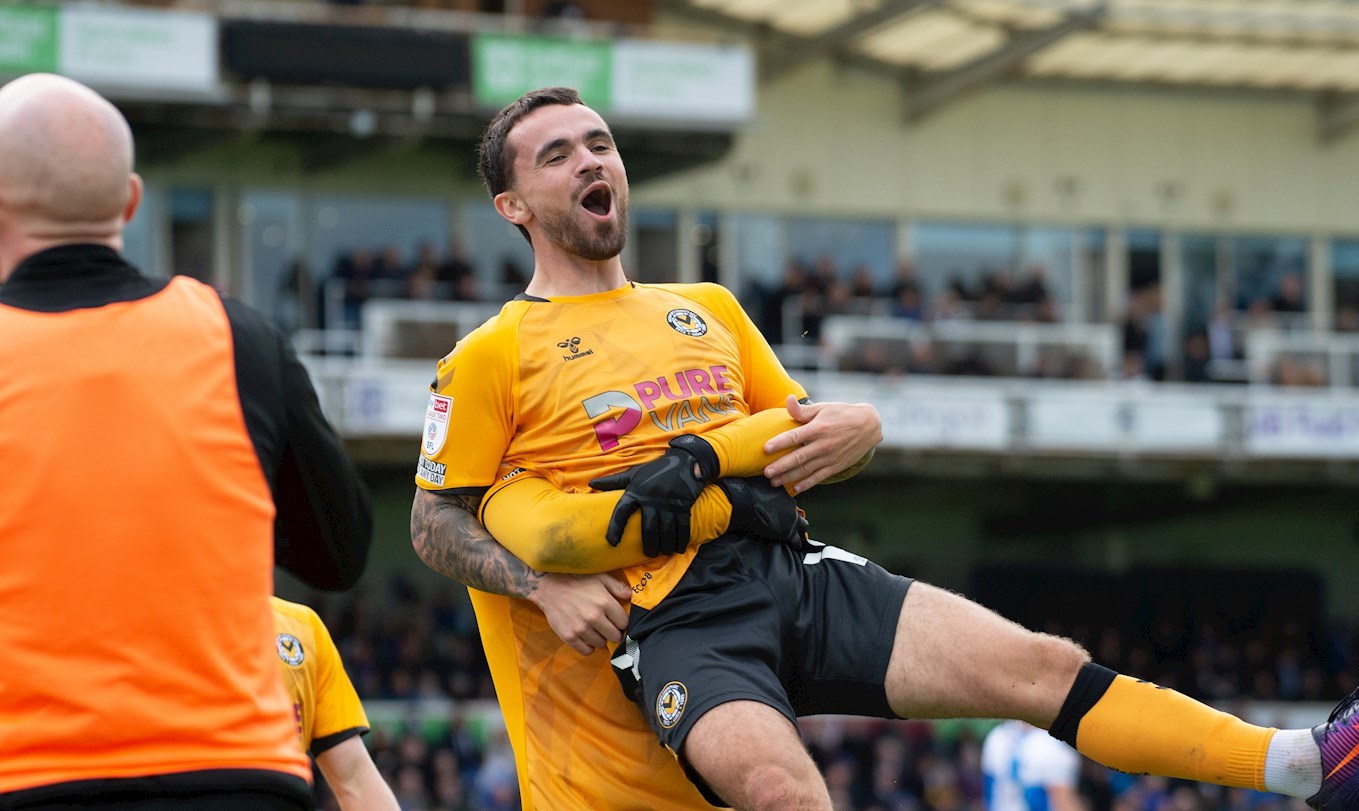 Garner also gave his thoughts on Dom Telford, who has established himself as one of the most lethal finishers in the EFL this season with 24 goals.

"It’s an interesting one, because I remember at the start of the season getting a circular come out with Dominic Telford available on a free to leave," Garner said.

"It shows how football can change because he’s got his opportunities, he’s got in the team and has done amazingly well and that’s how quickly things can change in football.

"Like you say, they’ve got that threat up front so we’ll have nothing but respect for them but I think we’ve got a lot of good players here and we’ve got a lot of talent and we’ll be focussing on that and how we can win the game."