Louie Barry spoke about his partnership with Mandela Egbo after the two played a starring role in Swindon Town's 4-1 win over Harrogate Town on Good Friday.

Josh Davison and Barry both scored two goals each, with both of Barry's goals coming from two superb balls from Egbo, who impressed in his full debut for the Reds.

And, speaking to the local media after a big win, Barry opened up about his connection with Egbo and what went right in the win over Harrogate.

"From the last game, we just felt like we needed to show the fans what we can do and we all connected from the start, we killed the game off early, kept the ball and it was really good.

"We've got to kick on to Monday, it is a short turnaround and we've got to do the same on Monday and for the rest of the run-in.

"From the very first day I've been here, I've been really close with Manny, we've been close on the pitch and on the pitch in training, and I think that showed (on Friday). 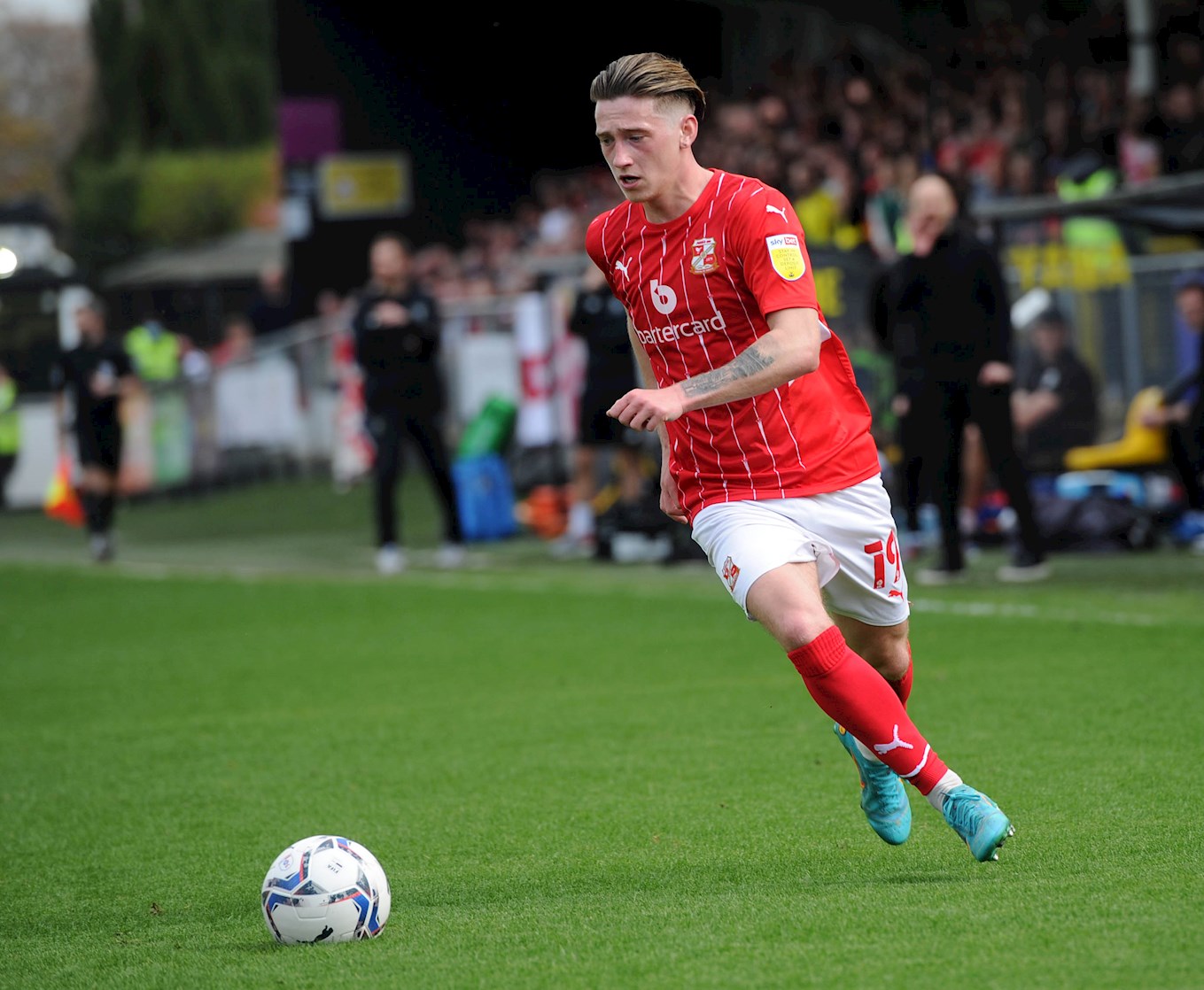 "They were both put on a plate for me and I'm really grateful for that.

"It was a great full debut for him and hopefully we can all progress now.

"I don't remember the last time I scored a header, so I was really pleased, but it was such a good ball and I've been told by the Gaffer to arrive at the back post.

"I tried to do that on Saturday and it was a really good pass by Manny to the back post, and I managed to get my head on it.

"The Gaffer saw how they played and he came up with stuff to work against them. The main thing was running in behind, which Manny and myself both got the space and Josh Davison's second goal was from running in behind and both of mine were, so that was the biggest thing."