Harry McKirdy marked his return with a much-needed goal late in the first-half, and he doubled the advantage after the break with his second of the afternoon.

Mathieu Baudry scored a rare goal late on to put the cherry on the top of the cake for the Reds, who now know what they have to do with three games remaining.

Town Head Coach Ben Garner opted for four changes with Lewis Ward, Mathieu Baudry and Jonny Williams all coming back into the team, while there was a welcome return for leading scorer, Harry McKirdy, who missed a number of weeks with a calf injury.

Jojo Wollacott and Joe Tomlinson missed out, while Akin Odimayo and Jake O'Brien both dropped to the subs bench for the Reds.

Needing a win to keep their Playoff hopes alive, Town had to weather a little bit of a storm as they endured a slow start to proceedings. 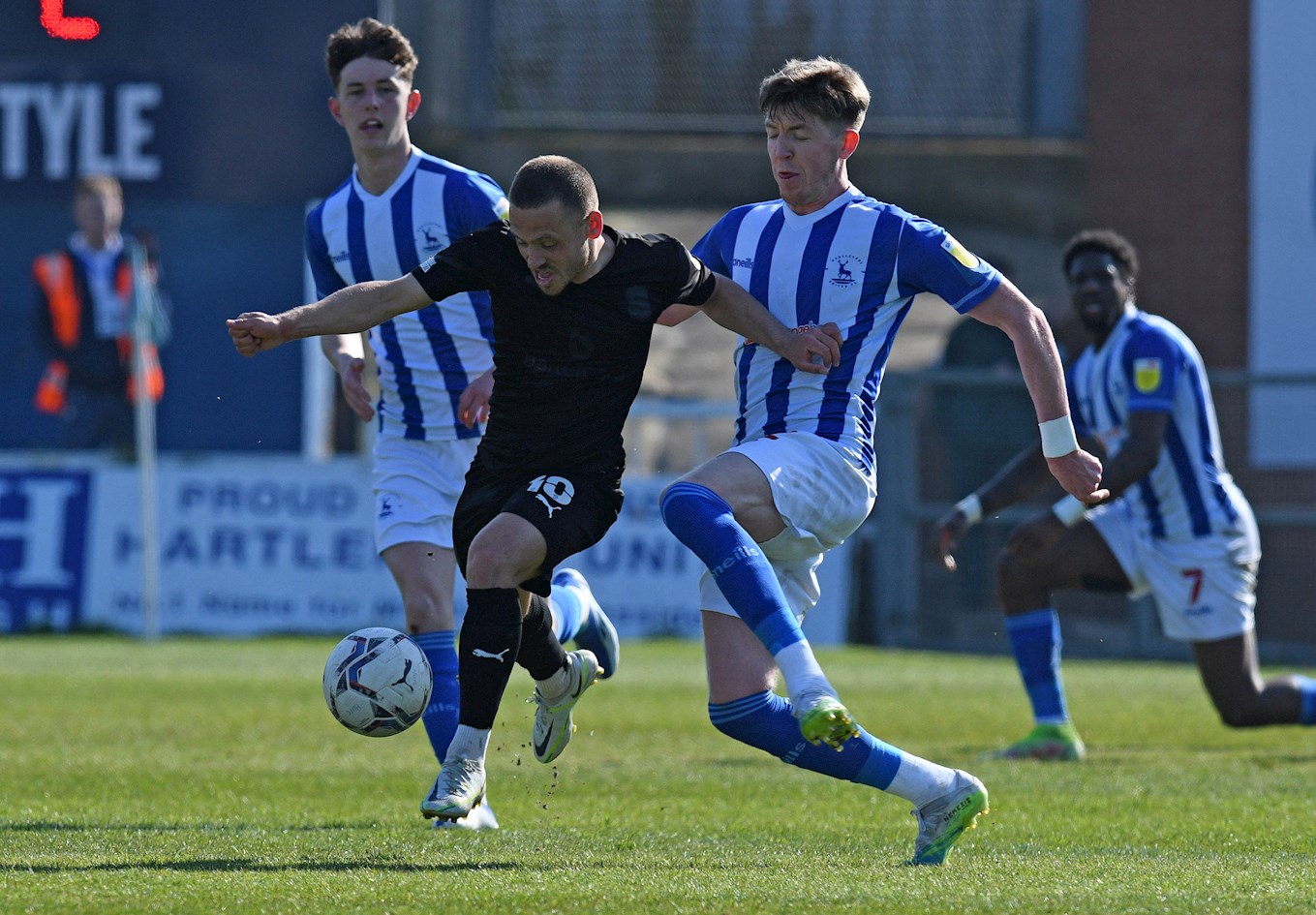 Ellis Iandolo made a heroic block to prevent Olufela Olomola from opening the scoring, before Lewis Ward pulled off a superb save to push a Omar Bogle shot around the post.

Jack Payne then forced Ben Killip into a save after trying his luck from a tight angle, before Louis Reed fired a tame shot straight at the Hartlepool keeper, who dealt with it comfortably.

Killip skewed his attempted clearance and the ball fell to Louie Barry who tried to put the ball in the back of the open goal from distance, but his effort fell well wide of the post.

Olomola had a golden opportunity to open the scoring but he couldn't find the target from inside the box, and he was instantly punished as Town went down and took the lead at the other end with Harry McKirdy finishing from Mandela Egbo's low cross.

Barry nearly doubled Town's lead but his effort bounced back off the post and into the arms of Killip, and that was it for the first-half with Reed thumping a shot wide on the stroke of half-time. 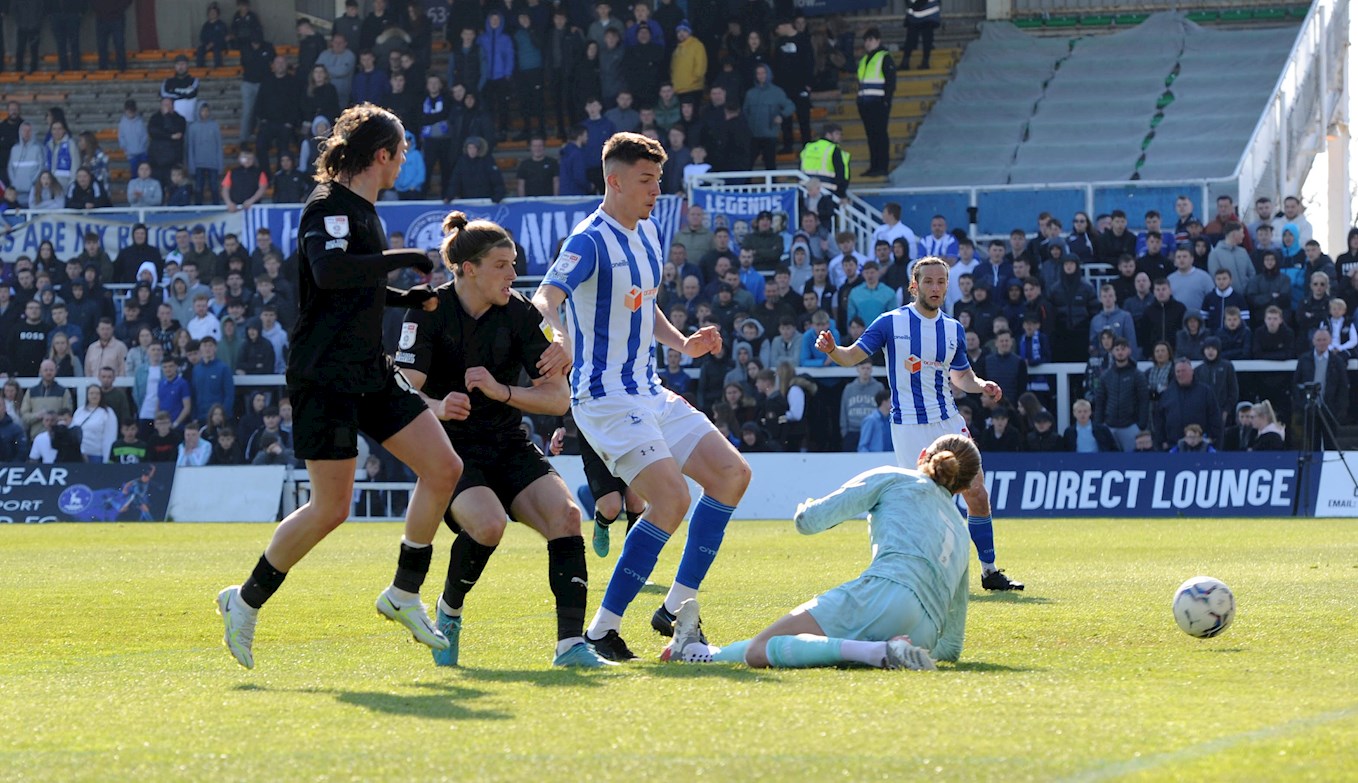 The second-half started with chances at either end as Luke Molyneux fired over for the hosts, while Payne couldn't get his shot from distance on target.

Ward then had to make a save from a tight angle as Hartlepool enjoyed a spell of pressure, with Town getting their bodies in the way of a number of attempts on goal.

But it was Town who went on to score the next goal of the game as McKirdy finished from Payne's low cross into the box, and McKirdy nearly made it three moments later but his effort was blocked at the death by Jake Hull after rounding Killip.

Bogle sent a snap-shot over the bar for the hosts before McKirdy then made way for Harry Parsons with less than 20 minutes remaining, and the young attacker had an instant chance as he fired over the crossbar after cutting in and beating his man. 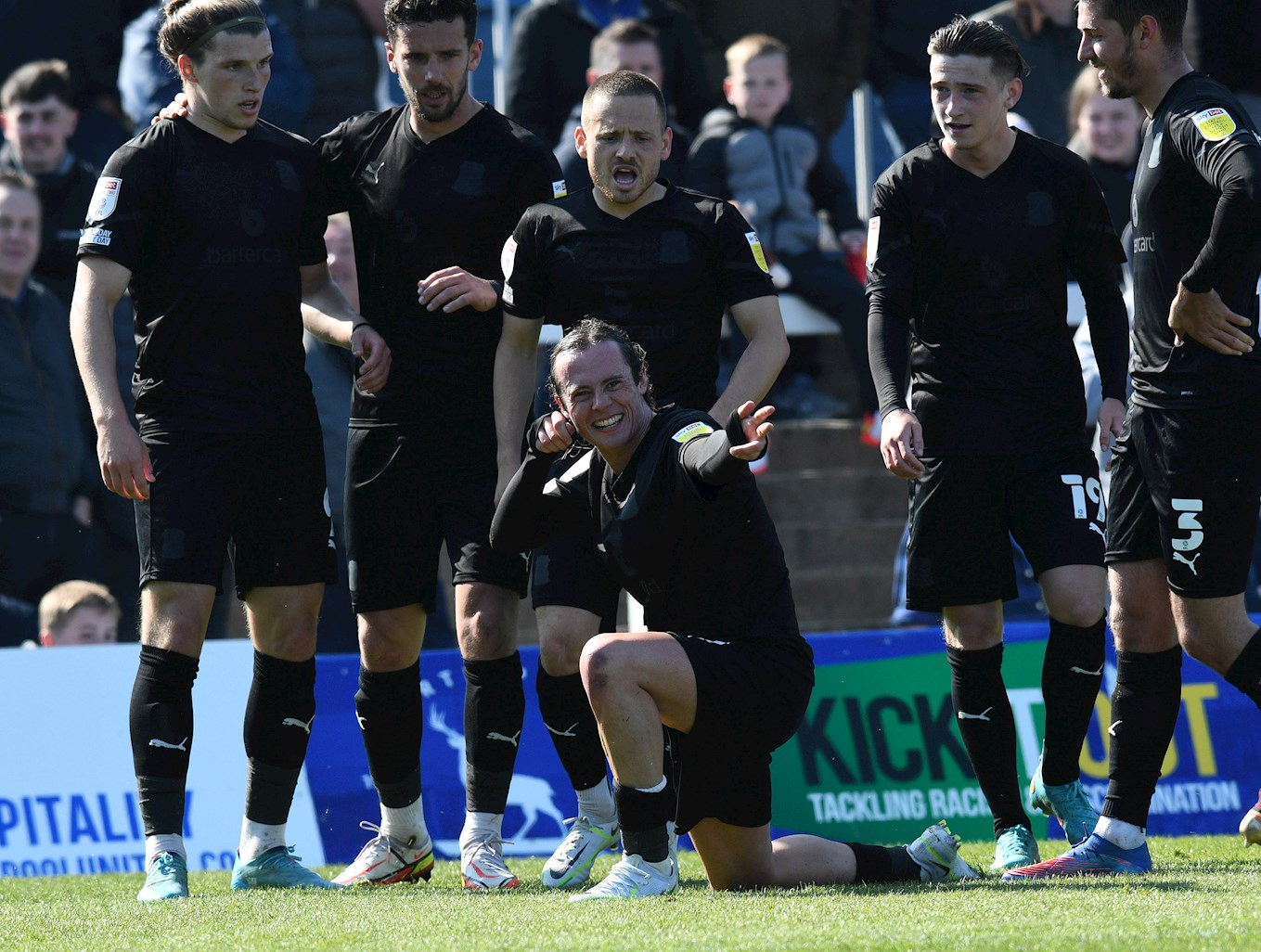 Town then made their final change of the game as Ben Gladwin replaced Jonny Williams, who wasted little time in getting involved after firing a shot into the chest of Killip.

There was a third goal, though, and it came from an unlikely source as Mathieu Baudry converted from close-range to wrap up a big and convincing win for the Reds.