Swindon Town suffered a crushing 1-0 defeat to Newport County in the EFL Sky Bet League Two at The County Ground this afternoon.

The Reds had the better of the chances in the first-half but couldn't find the breakthrough, and those missed chances came back to haunt them as Finn Azaz scored a late, late winner for the visitors.

Town Head Coach Ben Garner made just the one change with Louis Reed returning from suspension to replace Ricky Aguiar, who dropped to the bench.

In what was a huge promotion clash at SN1, Newport started the brighter of the two teams and they were presented with a golden opportunity with six minutes played as a sloppy pass gave them a clean sight on goal, but they couldn't take advantage.

Mickey Demetriou charged forward and slammed a shot wide with the game being played at a frantic pace, and both teams were playing with a real urgency that such an occasion demanded. 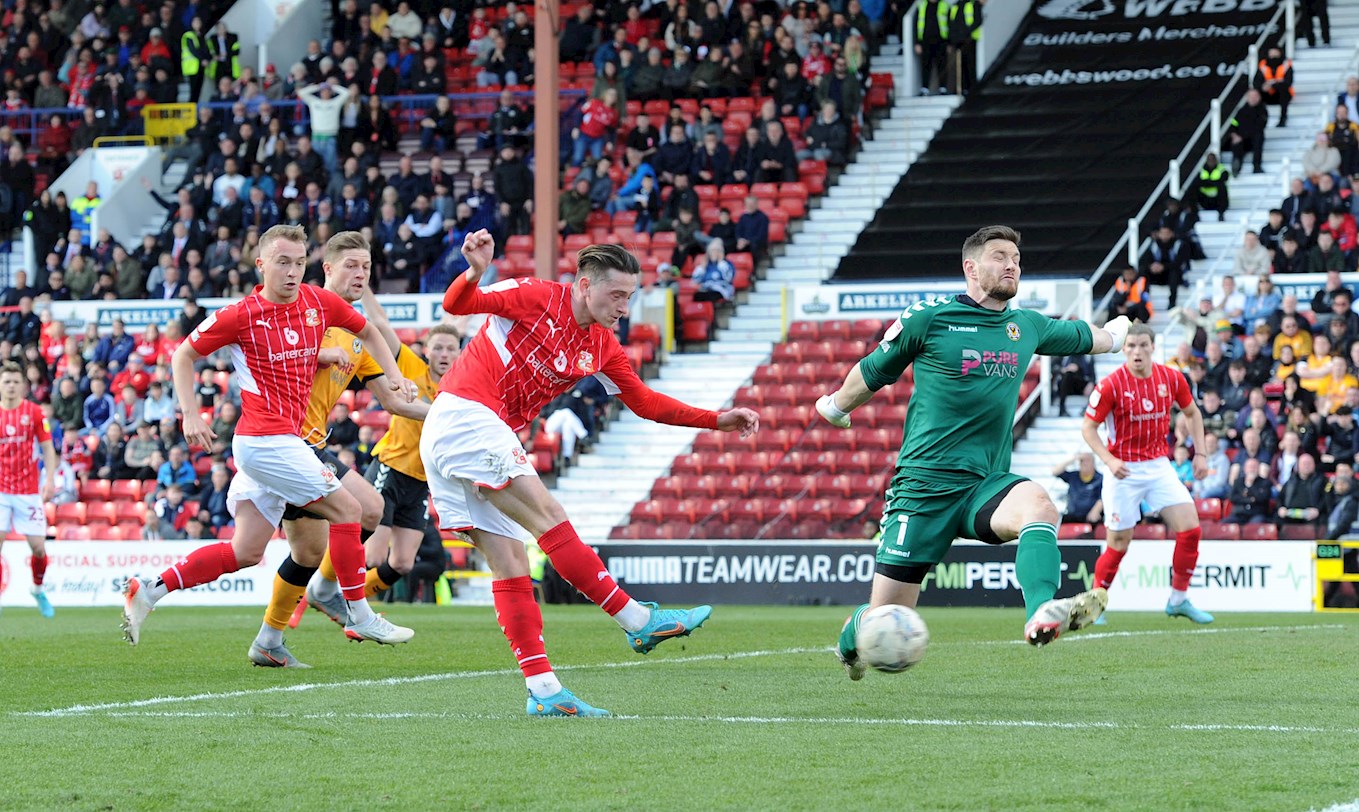 Town carved out their first real chance of the game with 15 minutes played as Jack Payne drove into space before pulling the trigger, but his effort was palmed away by Joe Day in the County goal.

They came close again moments later as Ellis Iandolo displayed his trickery to beat three men before cutting the ball back into the box, with the ball eventually coming out to Reed who leathered a shot over the crossbar.

Louie Barry sliced a shot off-target from a corner with the hosts enjoying a spell of pressure, before Joe Tomlinson also skewed an effort well wide.

Day then pulled off a fine stop to beat away Jonny Williams' first-time effort from Barry's low cross, and the latter came close himself as he weaved his way into the penalty area, only to place his shot into the side netting.

Barry had another bite of the apple just before half-time but he couldn't get his shot on target and Williams flicked a header inches wide from Iandolo's pinpoint cross, and that proved to be it for the first-half. 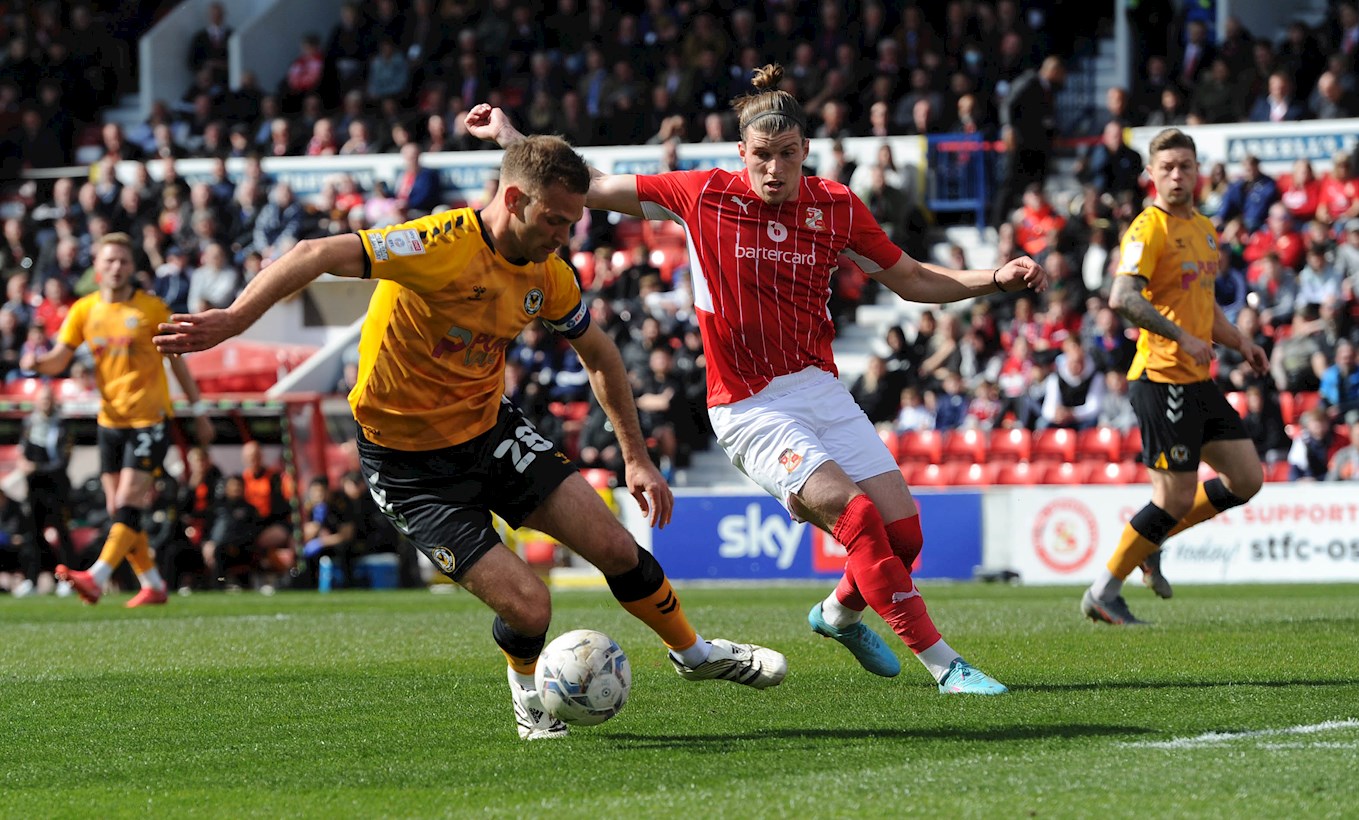 Payne blasted a free-kick off-target as the Reds looked to grab that all-important first goal, and he also sent a shot wide past the far post with Josh Davison unable to get a crucial touch on it.

Robbie Willmott's low shot dribbled wide of the post after hitting a Newport teammate, before Dom Telford forced Jojo Wollacott into a decent stop after Town failed to clear their lines. 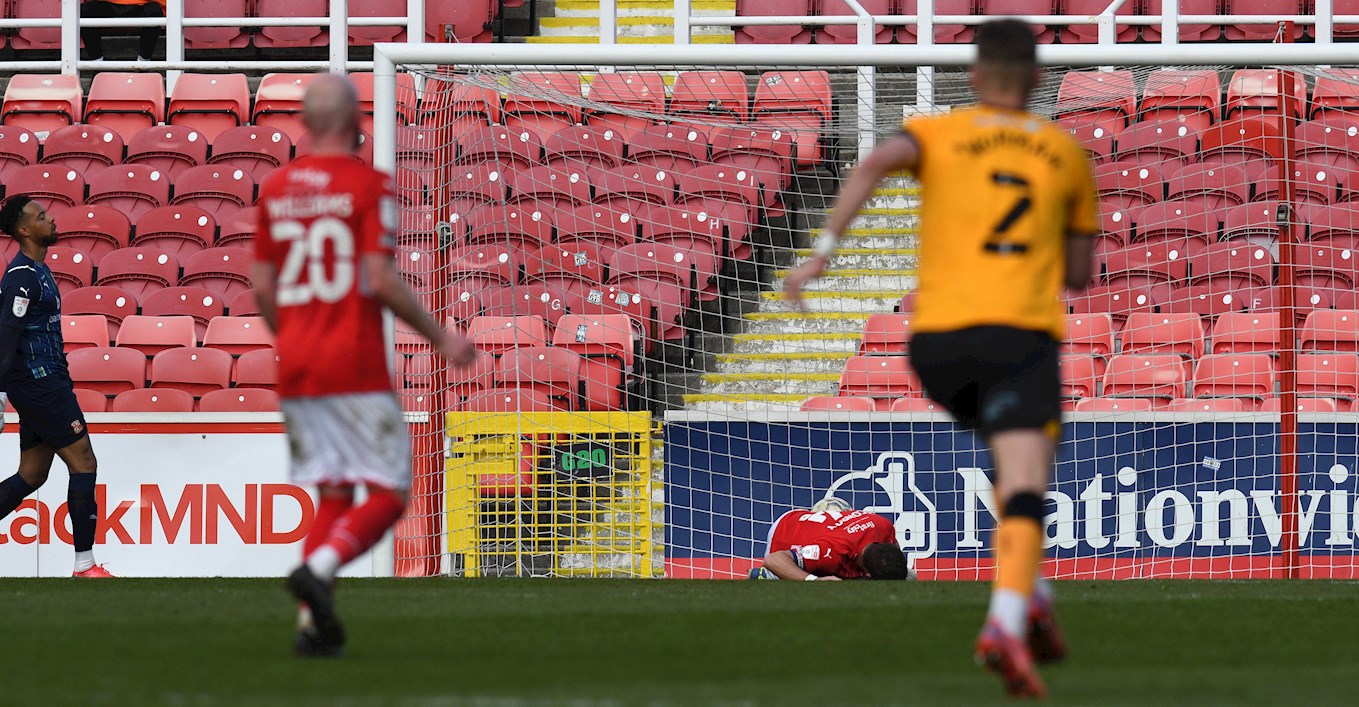 Town made their first change of the game just shy of the 75 minute mark as Ricky Aguiar replaced Payne, and another sub soon followed with Jayden Mitchell-Lawson replacing Barry.

There was time for a final change as Tomlinson made way for Ben Gladwin, but it didn't go as planned for Town as Newport struck at the death as Finn Azaz rounded Wollacott before slotting the ball into the back of the net to inflict a crushing defeat on the Reds.