Swindon Town suffered a disappointing 2-1 loss to Leyton Orient in the EFL Sky Bet League Two at The County Ground on Easter Monday.

Omar Beckles gave the visitors the lead with 20 minutes played, although they were quickly reduced to 10 men with Hector Kyprianou shown two yellow cards.

Beckles doubled his and his team's advantage shortly after the break and Josh Davison pulled one back late on, but that wasn't enough for the Reds who dropped a tough one at SN1.

Town Head Coach Ben Garner opted for two changes with the injured Rob Hunt missing out and Mathieu Baudry dropping to the bench, while both Akin Odimayo and Jake O'Brien came into the Starting XI.

In what was another huge day, Town started on the front foot as Mandela Egbo sent a dangerous cross into the penalty area, before Joe Tomlinson forced former Reds keeper Lawrence Vigouroux into a save down low.

The tempo slowed down somewhat as the game progressed, and Orient had a chance with Otis Khan firing a shot over the crossbar.

Louie Barry then found Jack Payne with a superb ball over the top but the latter was crowded out and had to settle for a corner, but it was the visitors who struck first.

After winning a free-kick out wide, Theo Archibald swung in a perfect ball and Omar Beckles was there to head home the opener for the visitors.

However, Town were handed a boost when Hector Kyprianou was sent-off after being shown a second yellow card with Orient reduced to 10 men.

The Reds responded well and were heaping pressure on their guests with Louie Barry warming the palms of Vigouroux with an effort from far out, after the O's had to urgently clear their lines following another good ball into the box.

Following a mass coming together between the two sides, a number of players were booked, as well as Orient Head Coach Richie Wellens, with Barry being shown a yellow card for the Reds.

Town were cranking up the pressure with time running out in the first-half, but they couldn't find that elusive goal with Dion Conroy firing over from distance to end the first 45-minutes. 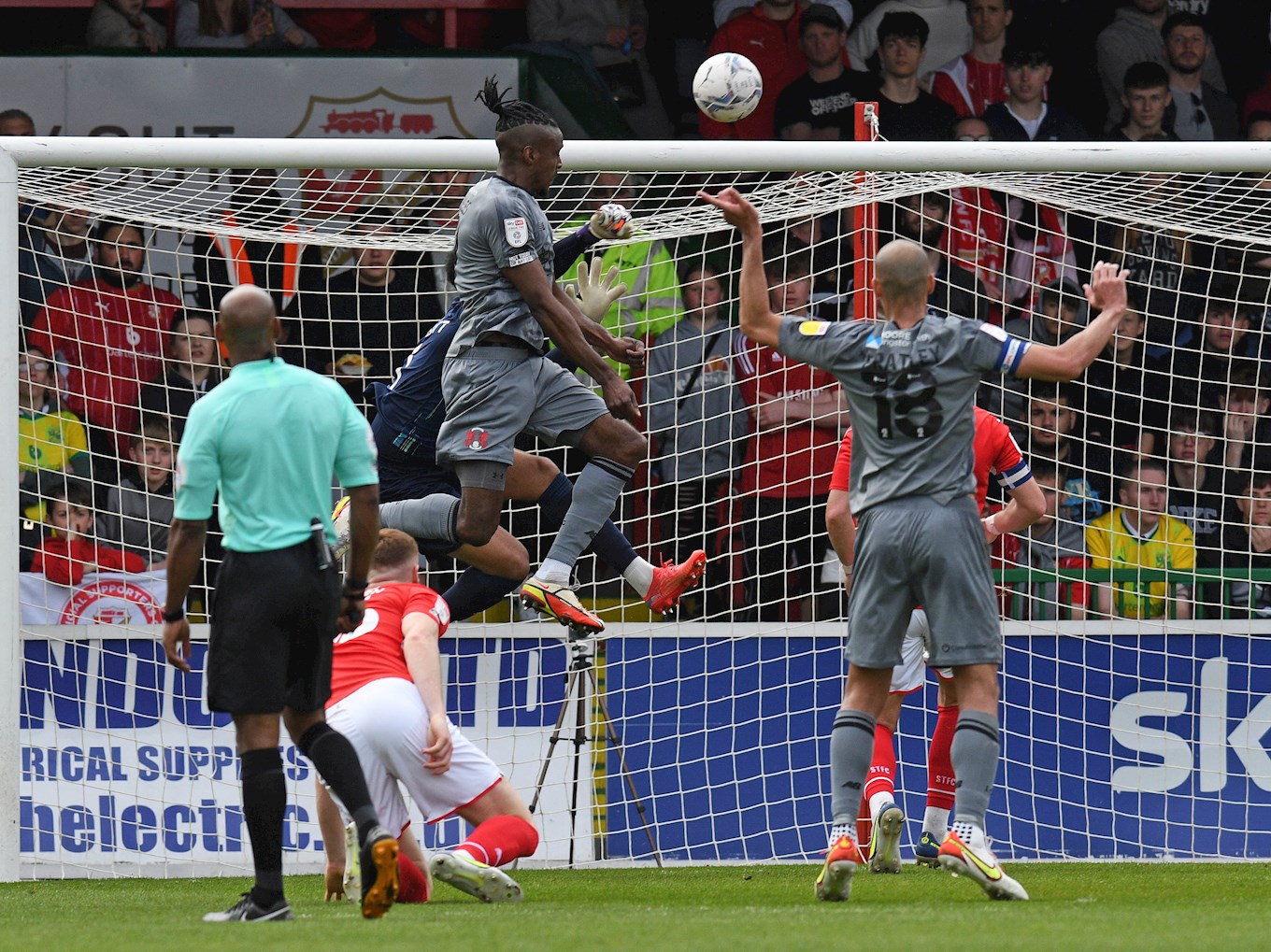 Town made a change to start the second-half as Jonny Williams replaced Tomlinson, but it was Orient who added to their lead.

Town couldn't clear their lines from a cross and Beckles found himself in the right place at the right time again as he stabbed home from close-range.

There was an instant response as Payne forced Vigouroux into action with the keeper getting down low to tip a shot around the post.

Harry Parsons then came on to replace Akin Odimayo, before Mandela Egbo made way for Ricky Aguiar later on in what was Town's final change of the afternoon. 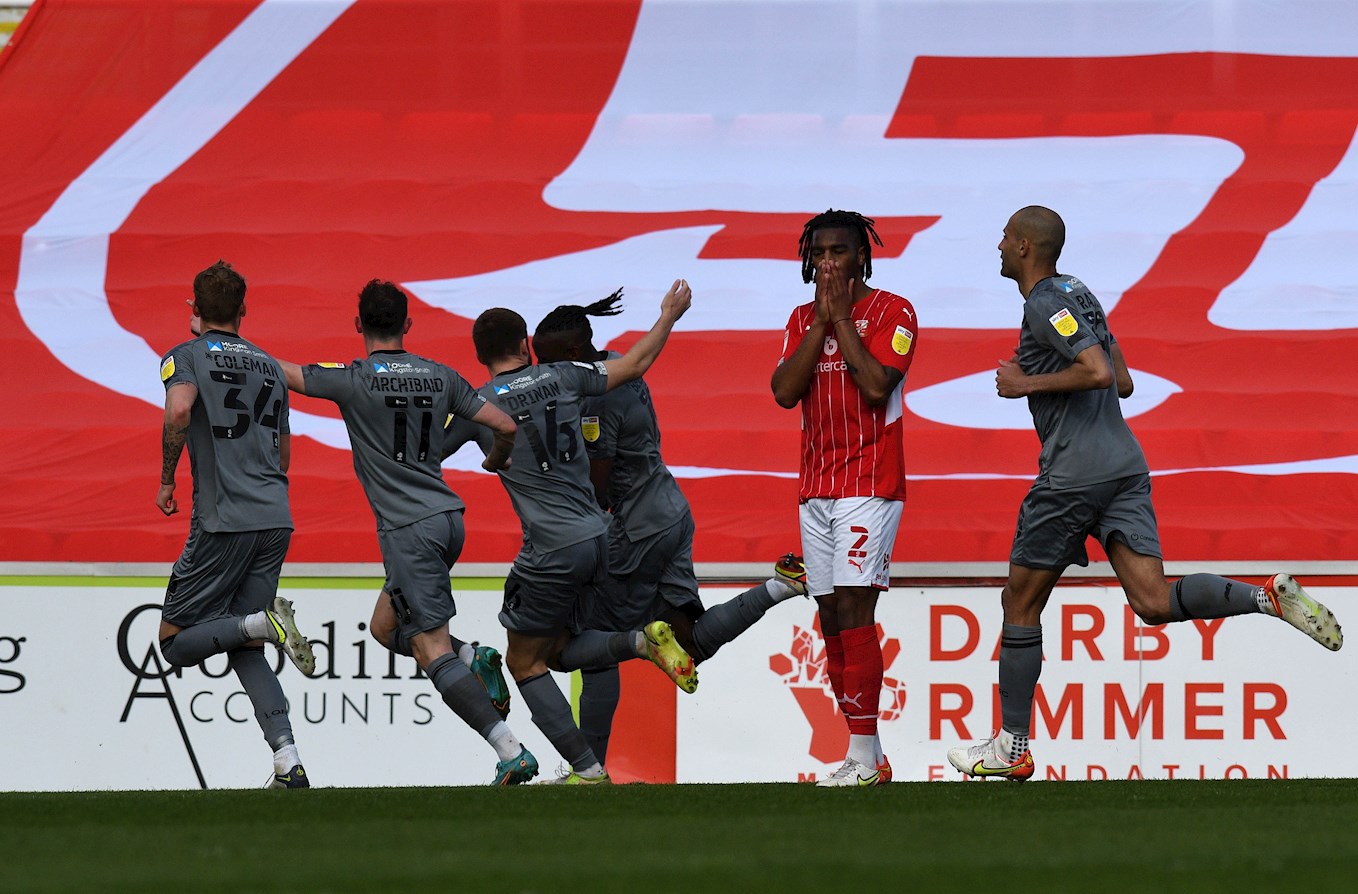 Those fresh legs helped as the Reds did pull one back with over 75 minutes played, with Josh Davison slipping a strike past Vigouroux after the ball found its way to him inside the box.

Town were piling on the pressure in the search for an equaliser with Jake O'Brien and Barry both testing Vigouroux in the visiting goal, and Barry curled a shot into the arms of the Orient keeper deep in stoppage time.

However, despite their best efforts, the Reds were unable to muster up a late equaliser and it proved to be another tough day at the office for Ben Garner's team.