Swindon Town kept their Playoff hopes very much alive after beating Barrow 2-1 in the EFL Sky Bet League Two at The County Ground on Saturday.

Josh Davison gave the Reds an early and deserved lead before the visitors equalised late on through Matthew Platt, but Louis Reed kept his cool to smash home a dramatic winner to send SN1 into raptures.

It was a huge, huge win for Town who will now head into the final weekend of the League Two season knowing a win would seal their place in the Playoffs at least.

Head Coach Ben Garner was forced into making one change with Akin Odimayo coming back into the Starting XI to replace the suspended Ellis Iandolo.

Barrow had the first chance of the game as Matt Platt's header looped over the bar, before Louie Barry saw a dangerous cross deflected out for a corner. 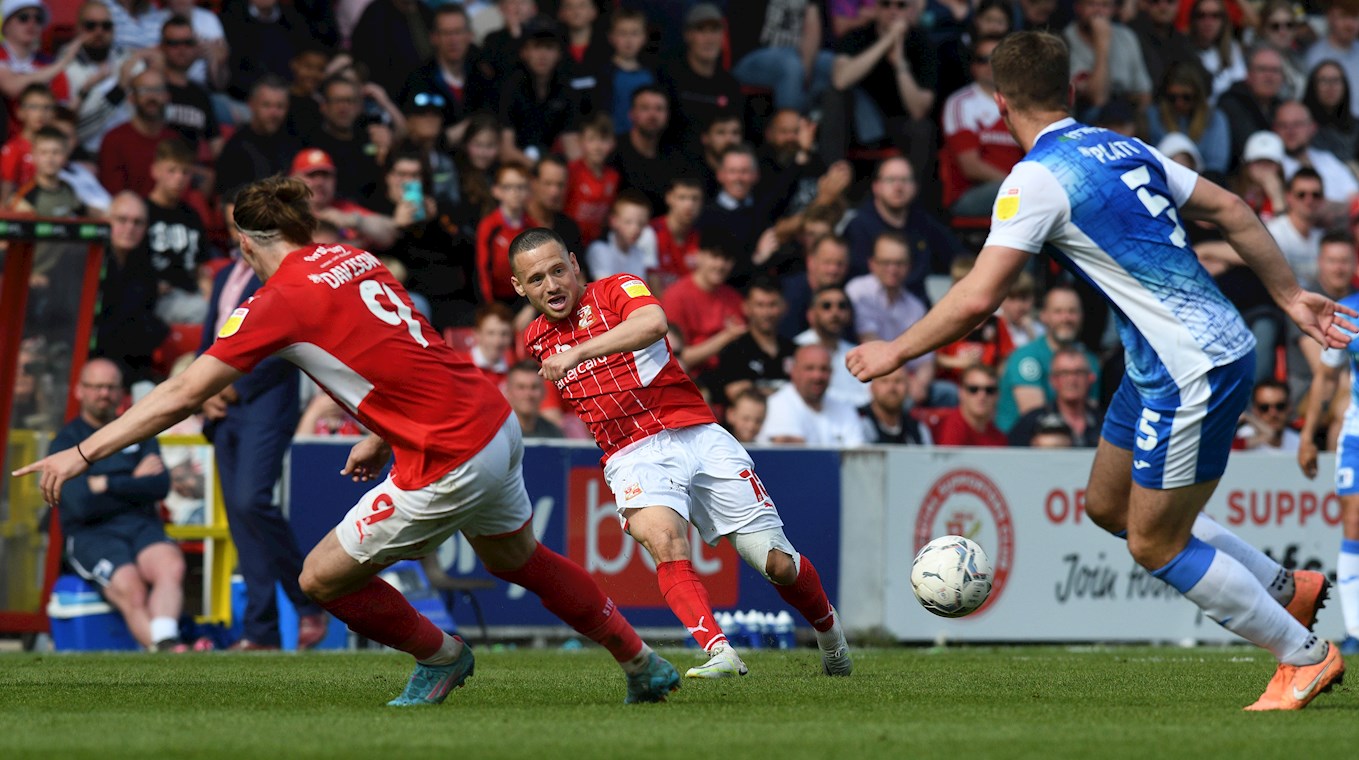 Barry was causing all sorts of problems for the visitors and he had another opportunity but couldn't get his shot on target, while Josh Davison should have scored after latching onto a great cross from Harry McKirdy but he could only fire straight at Paul Farman in the Barrow goal.

However, Davison would soon atone for that miss as he opened the scoring moments later, finishing from close-range after Jonny Williams drilled a superb ball into the box.

Town were in cruise control but Barrow did have the odd chance as John Rooney flicked a low cross into the side netting, before Harry McKirdy fired over following great work by Mandela Egbo on the right flank.

Swindon were pressing as both McKirdy and Barry looked to double their team's advantage, but they were forced to settle for a slender lead heading in at the break. 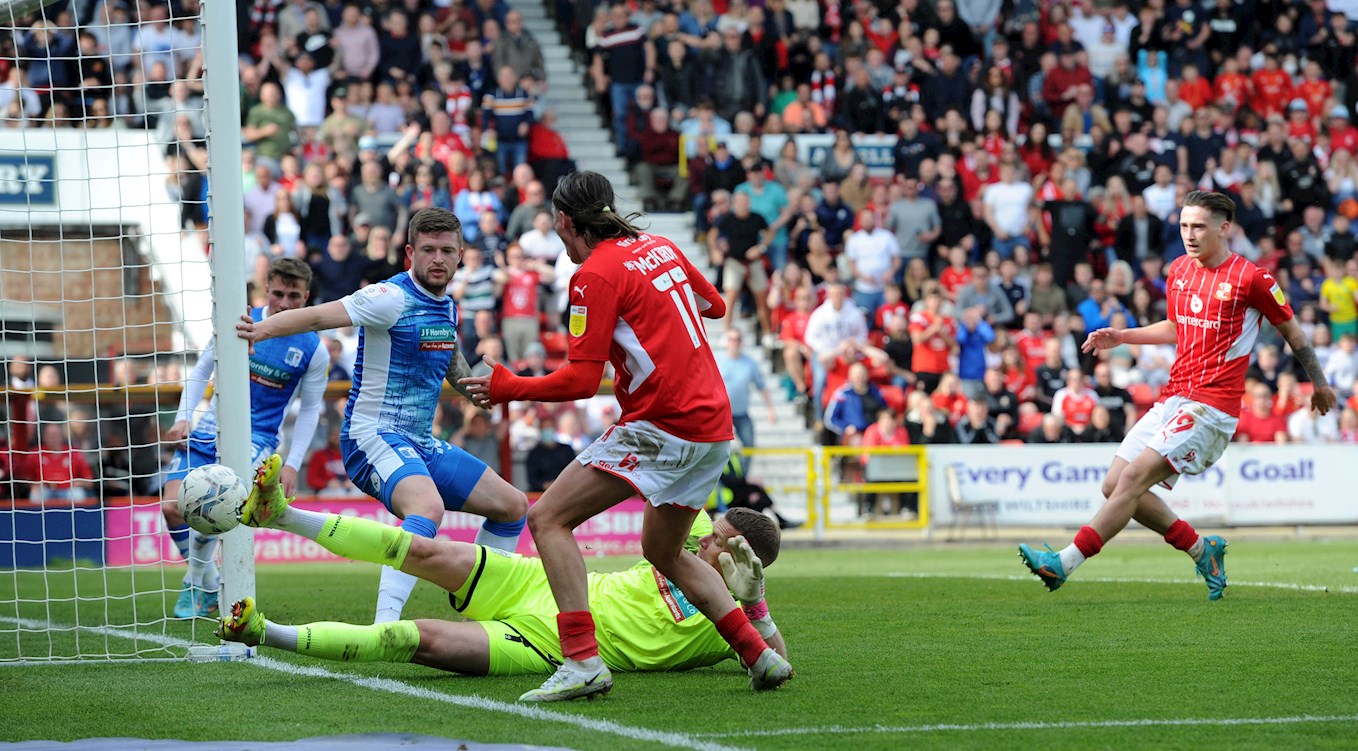 Town came out swinging in the second-half as McKirdy sent a shot inches wide of the post, before they survived a scare at the other end as Josh Kay hammered an effort just wide following a goalmouth scramble.

Lewis Ward then dealt with a tame effort by Rooney and Barry forced a superb save by Farman at the other end, while McKirdy came close to scoring again after beating his man and rounding Farman, but his effort was hacked off the line.

Ward had to spring into action to produce a fine save to claw Rooney's deflected effort over the bar, although Barrow did score a late equaliser after Rooney's free-kick was headed home by Platt.

However, Town refused to give up and with a loud SN1 cheering them on, they got their just rewards with Payne laying on a superb ball to Louis Reed who displayed a sublime first touch before producing a clinical finish to blow the roof off The County Ground.

Despite having to navigate eight minutes of added time, Town were able to hold on with Ward pulling off a great save late on to deny Kay, and the Reds will now go into the final weekend of the season knowing a win will extend their season. 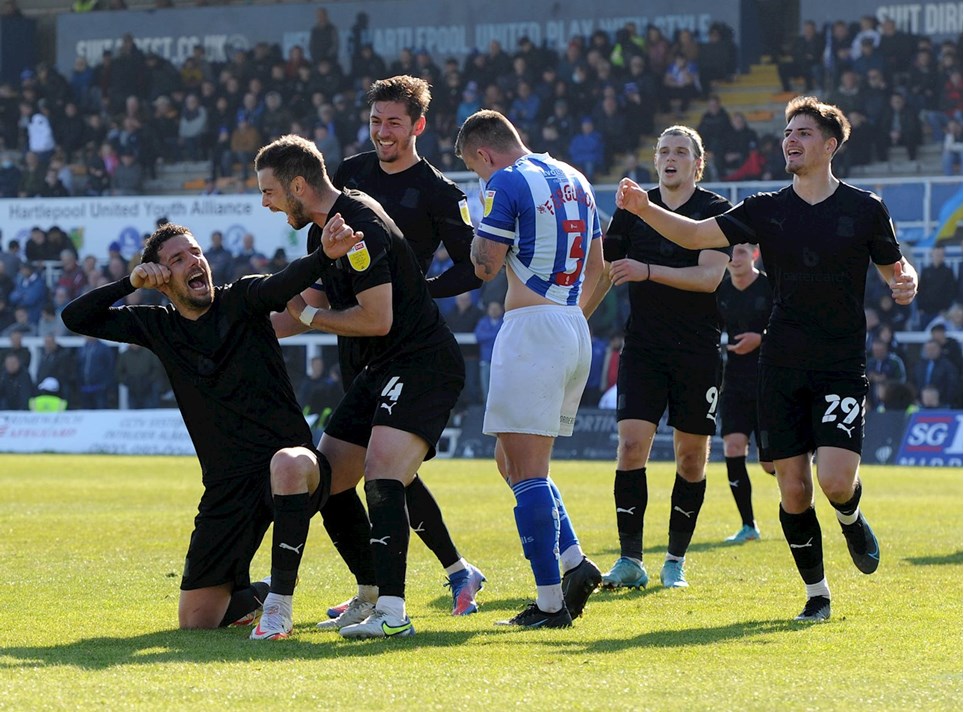