Swindon Town Head Coach Ben Garner admitted that his team only had themselves to blame following a 2-1 loss to Leyton Orient at The County Ground on Easter Monday.

And, speaking to the local media in the wake of the game, Garner gave an honest assessment of what went wrong for his side on Monday...

"Shots, chances, there's enough there to win the game but I think it is the mistakes from set-pieces that has cost us.

"A poor first goal and then the second one you just can't do that. We gave ourselves a mountain to climb and it changes the whole outlook of the game - that was the issue.

"We get back to 2-1, we get some momentum, we had chances, we had a penalty on Ellis Iandolo which makes it 2-2 and then we've got a chance to push on, but we got what we deserved because of mistakes we made from set-pieces.

"You can't do that and that's cost us the points.

"An incredible amount of detail goes into them (set-pieces) and the players are prepared, and we've been blocked on a couple of them, but one or two of them are soft blocks for me and we've got to do better in terms of avoiding that or getting round it. 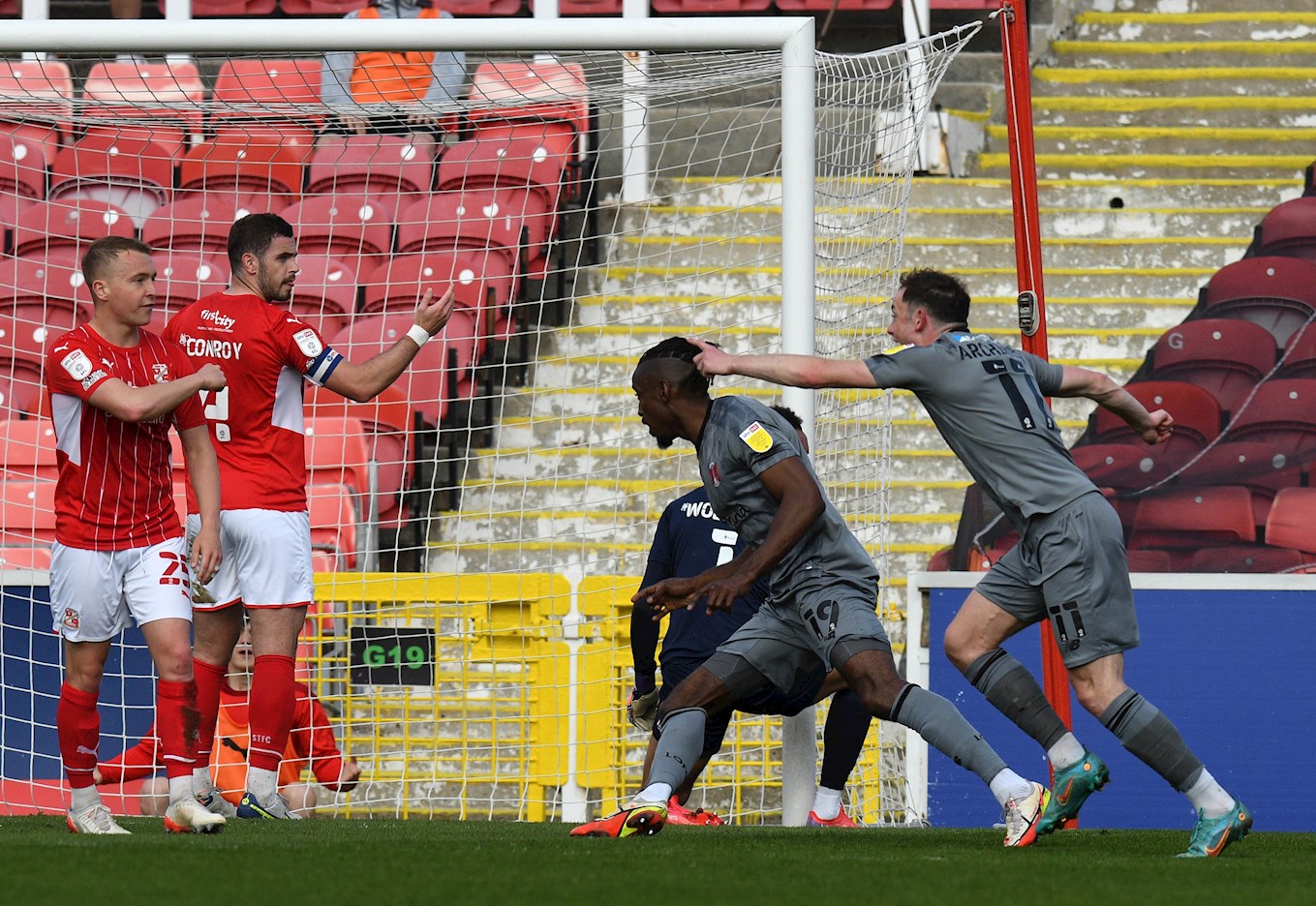 "If you aren't going to defend set-pieces well in this league, it is very difficult to win football matches.

"We needed more speed and more tempo into the game and we get that when we score the goal, but we can't rely on that lift - we've got to push ourselves harder in terms of our standards and intensity to our game.

"We kept pushing at the end and there's chances, there's a couple of saves in there and the penalty decision, but if we don't concede the second goal, we go on and win the game.

"We just gave ourselves a mountain to climb and unfortunately at the moment we keep shooting ourselves in the foot at home games.

"We did it against Newport, we did it again (on Monday) and we conceded late on against Salford from a corner, so we've just lost too many points at home which has put us in this position. 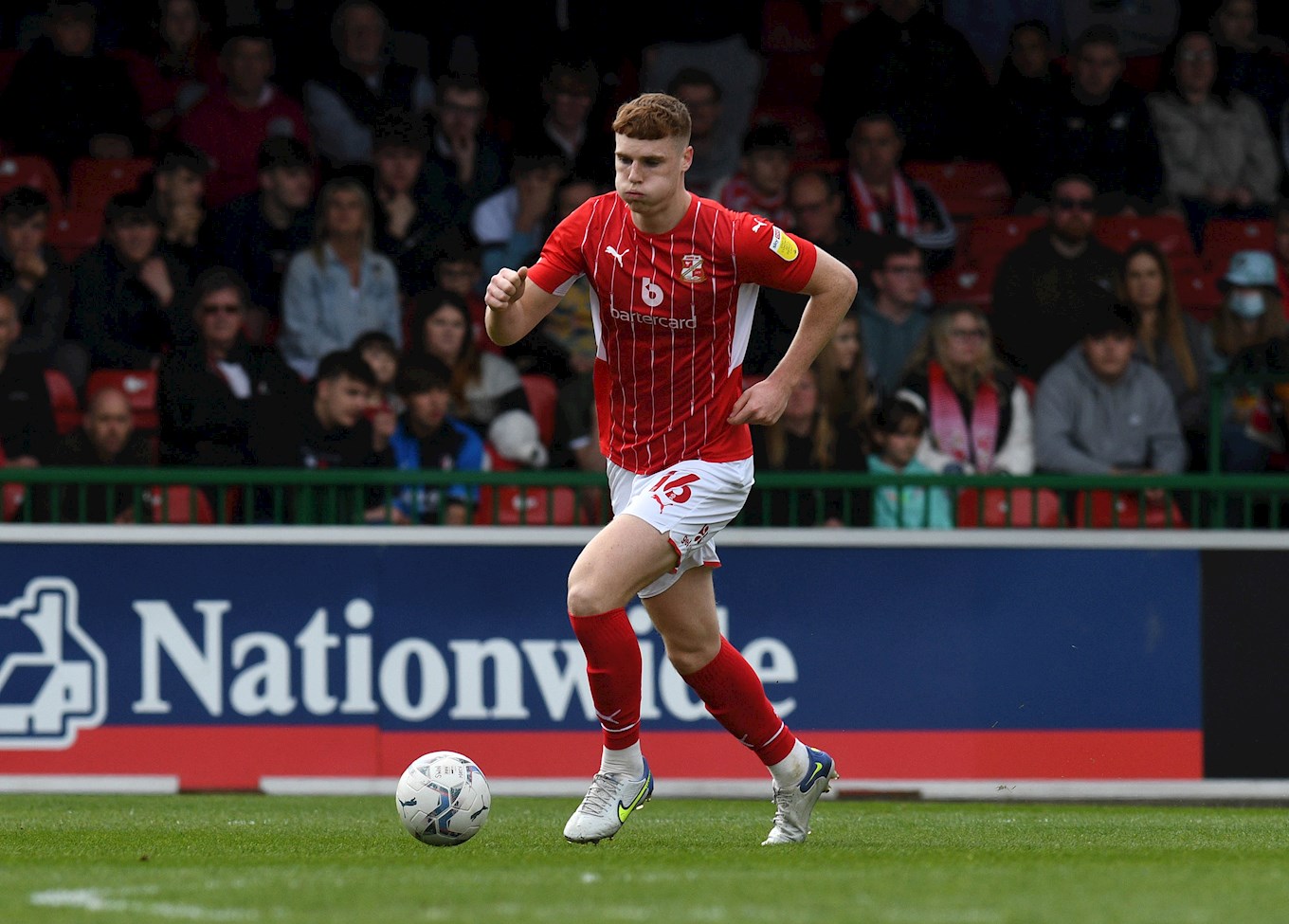 "Frenchy (Mathieu Baudry) has done great but a quick turnaround and back-to-back games, he would have been an injury risk and we're already light on defenders.

"Joe Tomlinson has now picked up an injury, so we're even lighter and we couldn't take that risk with Frenchy with where we are as a squad.

"Jake (O'Brien) was going to come in and play not just for that reason but for all-round reasons."

GARNER ON THE MELEE...

"I don't think there was anything in it. From my point of view, they had a player sent-off and sometimes in those situations they look to even up, so I was just trying to get Louie Barry out of the way and there was nothing there from any of the players.

"It was pushes here and there, nothing major and it just started escalating more than it should have done, so I just wanted to make sure my players were out of the way and there was no damage done in terms of any cards or sending-offs."

"Harry McKirdy was very close (to being involved). He trained for the first time on Sunday but that was his first session with the group and it wasn't that intense because it was a day before a game.

"He just hadn't done enough in terms of training for him to be comfortable himself  - you need to have repetition with your movements, sprints and finishing so he's had a really good week, he's made great progress and he'll be in full training this week with a view to Saturday.

"It isn't as bad news with Rob as we feared, but it is probably still not great news. He'll miss the rest of the season.

"We've lost Joe (Tomlinson) with a knee injury, so we will get assessed as quick as we can.