Swindon Town Head Coach, Ben Garner, heaped praise on his side after they emerged with a 2-1 victory over league leaders Forest Green Rovers.

Goals from Louie Barry and Jack Payne were enough to win the game for The Robins, who held on to their victory despite competing for a large period of the game with only ten men on the pitch.

GARNER ON THE CONTEST

"Both extremes of the game really. I thought we were fantastic first half. Energy, intensity, fantastic with the ball - two great goals.

"At that point, up until the sending off it was so comfortable in the game. If anything, I fancied us to go on and get more. So, fantastic in that respect.

"Obviously, there’s a red card, changes the dynamic of the game and then we showed incredible grit, incredible desire, togetherness to get through and get the win, so I can’t speak highly enough of every single person in that dressing room.

GARNER ON HIS TEAM'S ABILITY TO GET STUCK IN AND DEFEND

"I think we do that. Quite often this season we’ve been the one's sort of chasing the game here or taking it to the opposition. So, there haven’t been too many occasions where we’ve had to sit in and defend because of the way we play and because of how the games have gone.

"So, there’s doubt in the desire and the commitment within that dressing room. Top, top-class tonight, every single player. The ones that came on - fantastic. The ones that didn’t come on and have trained - fantastic. Incredible group effort and I’m really proud of them

"I think the bravery from Frenchy (Mathieu Baudry) at the start. I think probably ninety-nine players out of a hundred would just boot that forward and he showed great composure and quality. We beat their press and that opened it up.

"We were excellent first half, and like I say, we had to dig in and show the other side of the game and did that brilliantly. 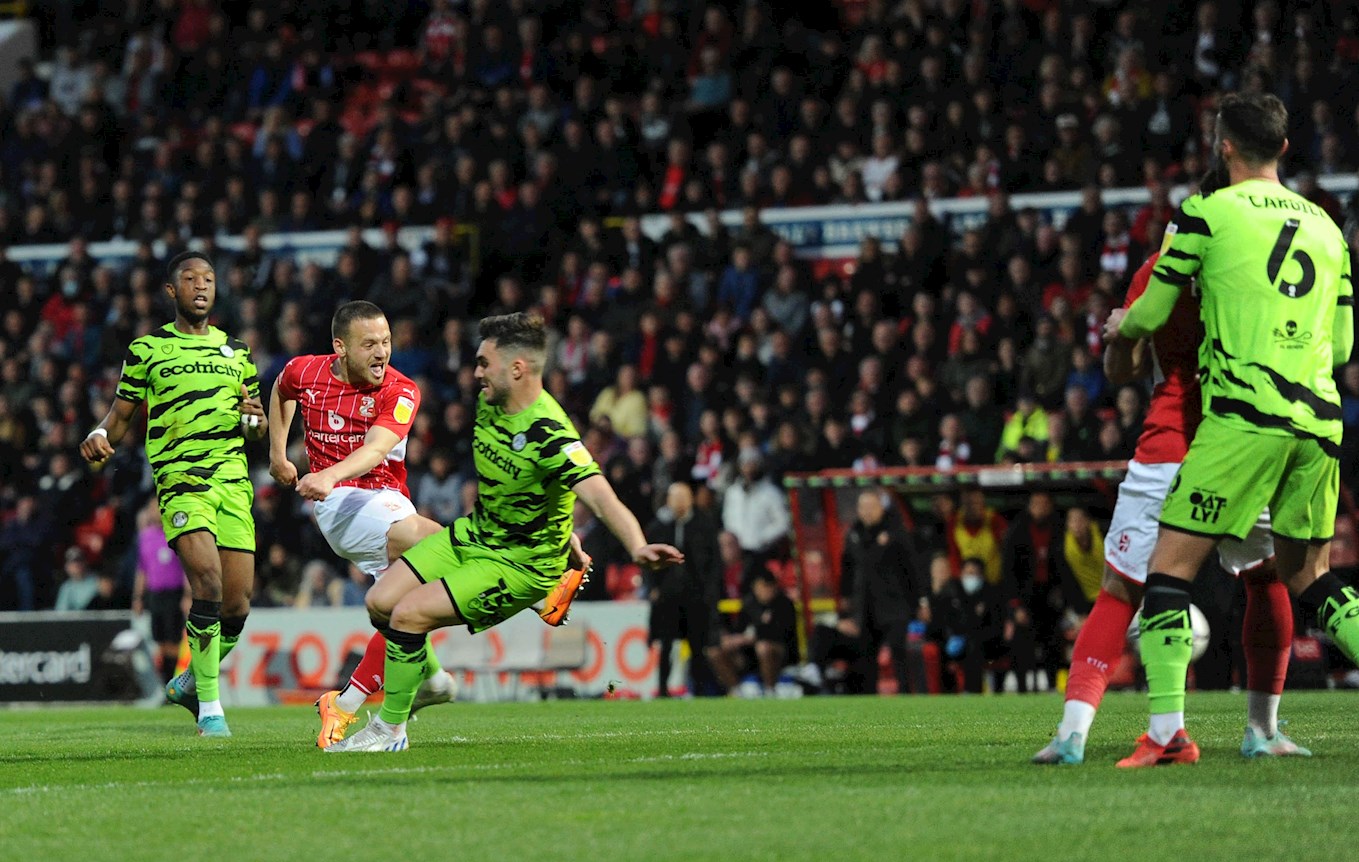 GARNER ON THE SENDING OFF

"I’ve not seen it back. I presume Ellis (Iandolo) has been booked for the challenge. It looked like a challenge, not sure if it warranted a second yellow card, I haven’t seen it back.

"There was pushing and shoving, I’ve been told by my analyst that Jonny (Williams) got booked, but the player that pushed Jonny that was on a yellow didn’t get booked.

"So, yeah listen, we’ve had so many decisions go against us here this season, I’m pretty much used to it now.

GARNER ON PREPARATION FOR DEFENDING WITH 10 MEN

"Not too much to be honest because we don’t want to be in that situation. We do little bits of scenarios but we haven’t had to do that too often because we’re generally the team that wants to attack and be on the front foot. So, the adjustment, the shift put in.

"Harry McKirdy is cramping up, giving everything for the team. Josh Davison has dropped in as a makeshift right wing-back at the end and filling the spaces. Just a huge, huge effort from everyone and we need to make sure we make that count moving forwards.

"There’s no point doing this and not having the same levels against Barrow on Saturday - it’s an even bigger game.

GARNER ON THE CROWD

"They certainly made a difference tonight. In those closing stages, the noise, the passion, the energy - that gives everyone another 10% on the pitch, it does.

"When we have that hard run back in and the crowd are with you, it makes you do it, it encourages you to do it. So, we want that in every single game and I think under the lights here this season, midweek games, I don’t think we’ve lost.

"We need to do that on Saturday. Like I say, come and make a bigger atmosphere. We need to put in an even bigger performance, and we need to get another three points. 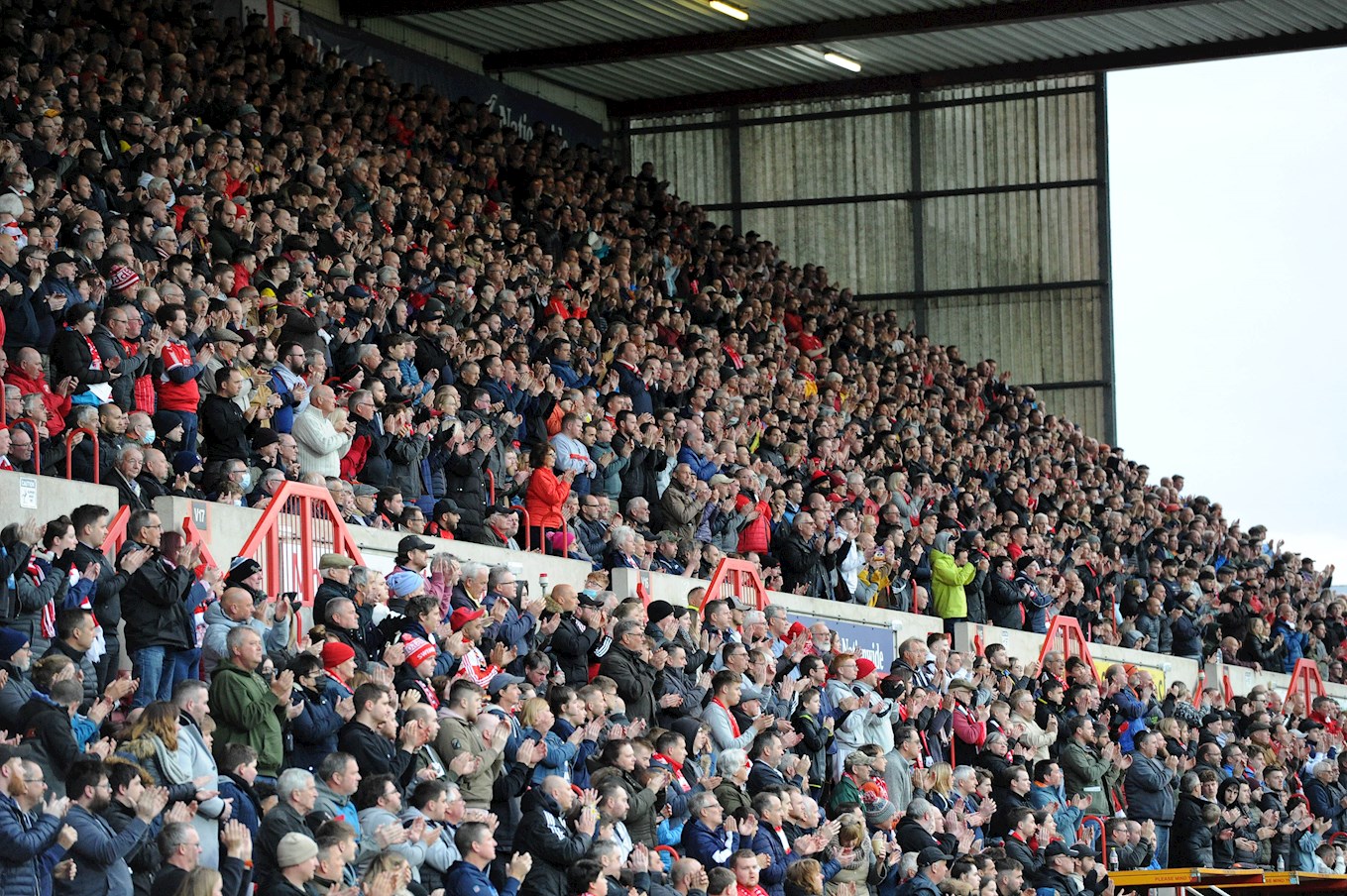 GARNER ON KEEPING FGR AT BAY

"It was tough, because I think two of their best players this season - Kane Wilson was voted best player in the division and Nicky Cadden has had a fantastic season - we had to concede space to them wide.

"They both have fantastic quality, they can both dribble. We had to prioritise central, force it wide and then do our best to stop crosses and defend them when they came in.

"We did that brilliantly. What a shift from the players, what an effort. Massive, massive credit to them.

"Huge emphasis. Starting now, starting this evening. Continuing tomorrow, and then we’ll have two good days, Thursday Friday on preparation on the grass going into Barrow.

"As I say, it’s an even bigger game. We need to go up another level. Hopefully, we can get the same level of support if not better.

"I’m certain if we win both games, we will make those play-offs. We’ve just got to focus on us, lets's get those two wins, let's get in the playoffs and go from there. 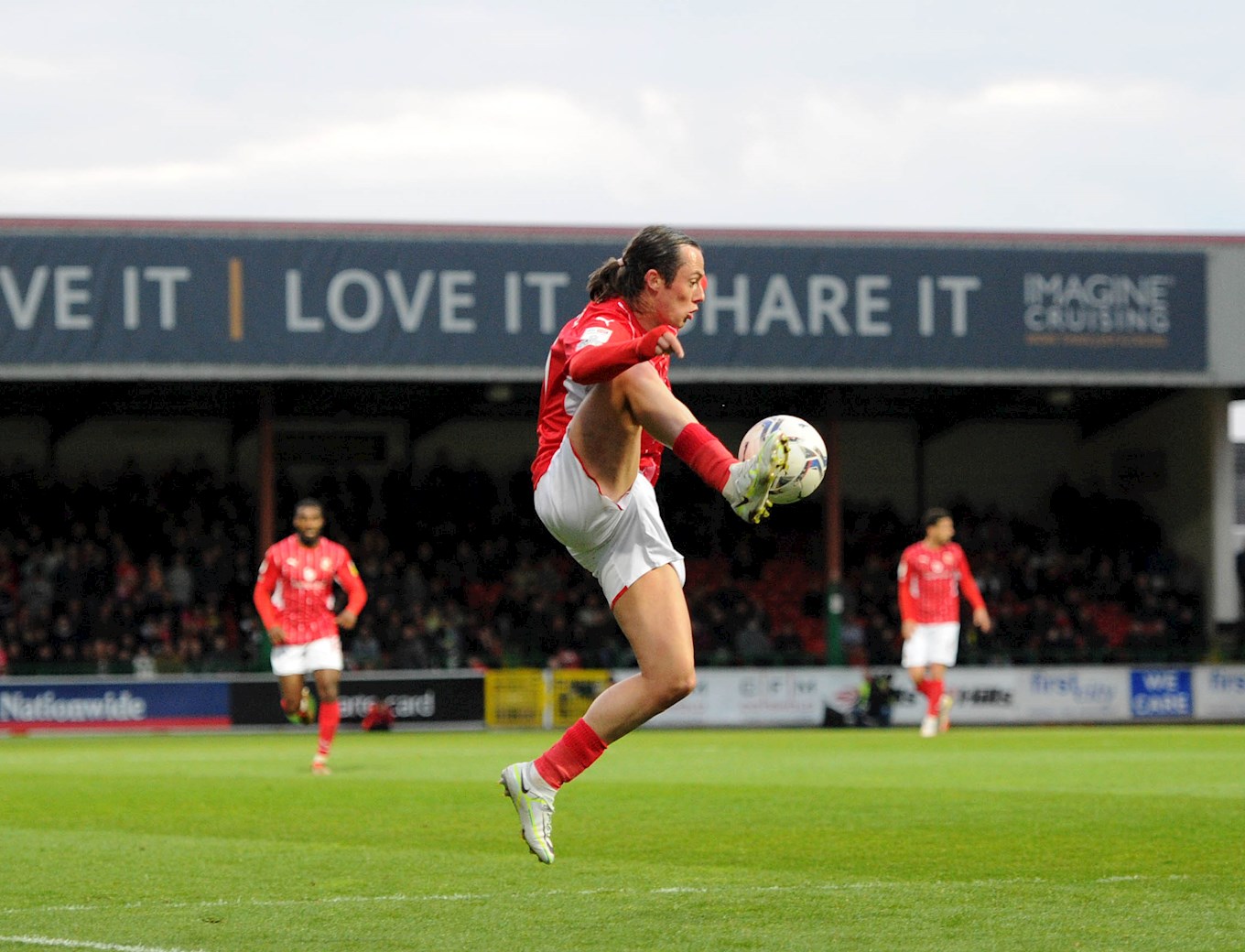 GARNER ON THE PLAY-OFFS

"We’re the hunters, we’re the ones chasing. We’ve got the bit between our teeth, we’ve got nothing to lose, we can just go for it.

"Sometimes its more difficult if you’re those teams that are in there and you’re looking over your shoulder and you’re trying to hold on to something.

"We’re going after it. We know the prey, we know what we want and we’re attacking it.

GARNER ON STAYING IN THE GAME WITH 10 MEN

"You keep a clear head. Do I enjoy it? No, I don’t like the ball being anywhere near our goal. I like us to have the ball, I like us to be defending as high up the pitch as possible, so the closer it gets to our goal, the less I like it basically.

"So, that’s the reason we play as we play. They got the goal out of nothing really. We sort of turned it over on the edge of our box. A couple of scary moments, but nothing major. We saw it out really well, managed the game fantastically well.

"As I say, I’m so, so proud of everyone in that dressing room."