Davison scored his first two goals for the club to help the Reds return to winning ways, with Harry McKirdy opening the scoring at SN1 earlier in the second-half.

And, in the wake of a huge win and an equally impressive performance, Davison sat down with the local media to reflect on what was a very productive day at the office.

"It was a great performance from all the lads," Davison said.

"A clean sheet, three points and it is what we needed.

"At 0-0 we were doing the right things, getting opportunities and it was just a case of don't change anything, keep doing what we're doing and it will come.

"The boys had belief and we got three goals from it. 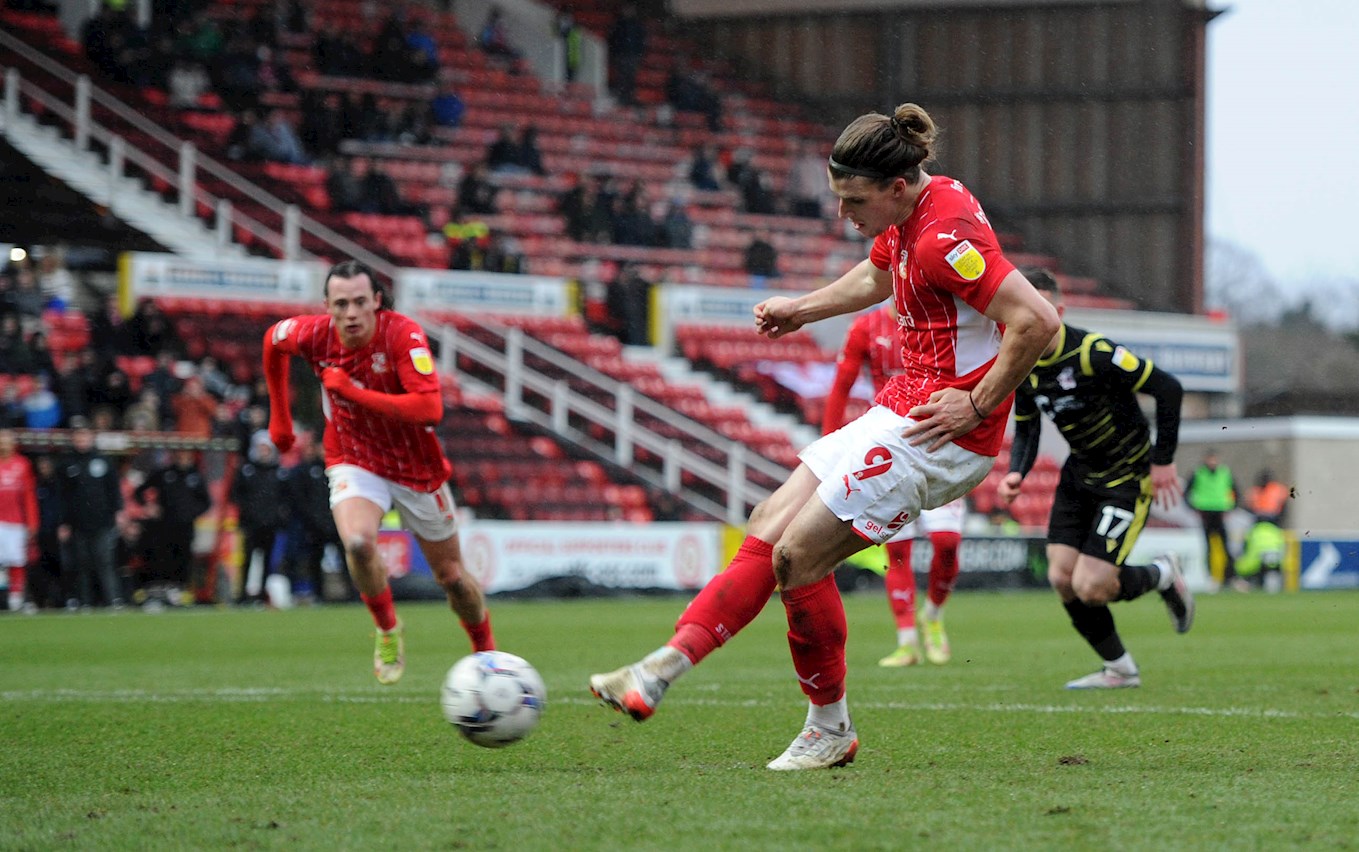 "Joe Tomlinson had a shot, the ball came in to me and I thought just to direct it towards goal, it went in and I'll take those because those are the best ones.

"I just knew to get a flick on it and a touch and when I saw it go in I thought lovely stuff because I had done my job.

"We do penalties in practice and I always fancy myself on the spot, so I thought I would take the opportunity to get myself another goal.

"Tuesday wasn't us, it isn't what we're all about and we had to react. Everyone reacted in the best possible way with a clean sheet, three goals and three points for the fans."