Harry McKirdy found the back of the net against his former team to get the Reds off to an ideal start, and quick-fire strikes from Josh Davison and Louie Barry widened the gap after the break and, ultimately, sealed a big win on the road.

Town Head Coach Ben Garner opted for just the one change with Ricky Aguiar coming in to make his first league start of the season, replacing the injured Ben Gladwin.

Jonny Williams returned from injury to return to the matchday squad, taking his place on the bench as the Reds looked to make it two wins on the bounce.

Swindon started brightly and with intent but it was Carlisle who carved out the first chance of the game as Joe Riley's great ball found Omari Patrick out wide, who beat his man before cutting the ball back into the path of Callum Guy, with the Captain's shot flying inches over the bar. 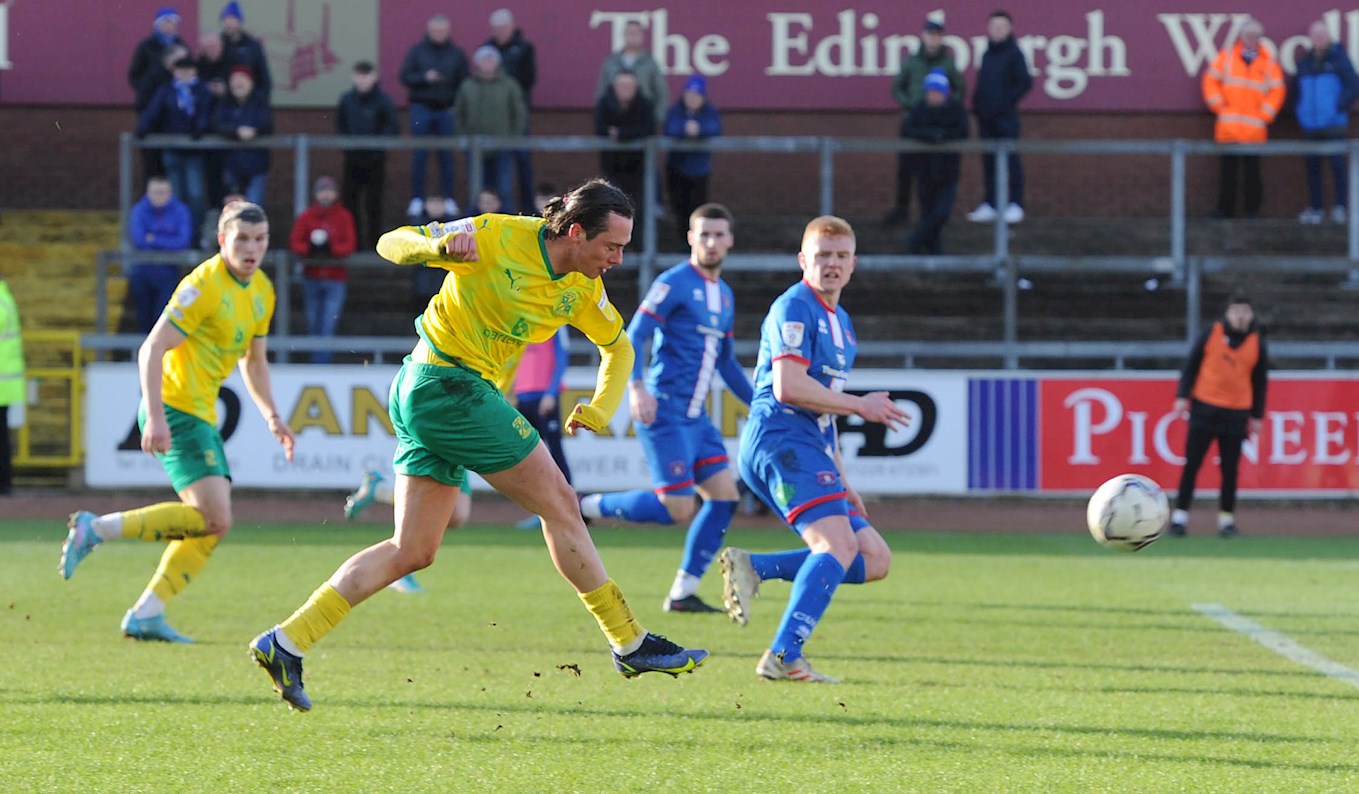 It was then Town's turn to attack as Rob Hunt was allowed to charge into the box before picking out Louie Barry, who was denied by two excellent blocks from Morgan Feeney inside the area.

Guy had a couple of efforts blocked before laying the ball of to Riley who forced Jojo Wollacott into a save down low, before the Reds opened the scoring.

Hunt, who had been finding success darting forward, found McKirdy inside the box and the forward did the rest by slamming the ball into the roof of the net to give his team the lead.

Jon Mellish thumped a shot wide after Town couldn't clear their lines from a free-kick, before Owen Windsor's shot from distance was easy for Wollacott to deal with at the other end.

Town nearly doubled their advantage on the stroke of half-time after Ricky Aguiar played Barry clean through on goal with a sublime pass, but the on-loan Villa attacker was denied after seeing his shot from inside the area palmed away by Mark Howard in the Carlisle goal. 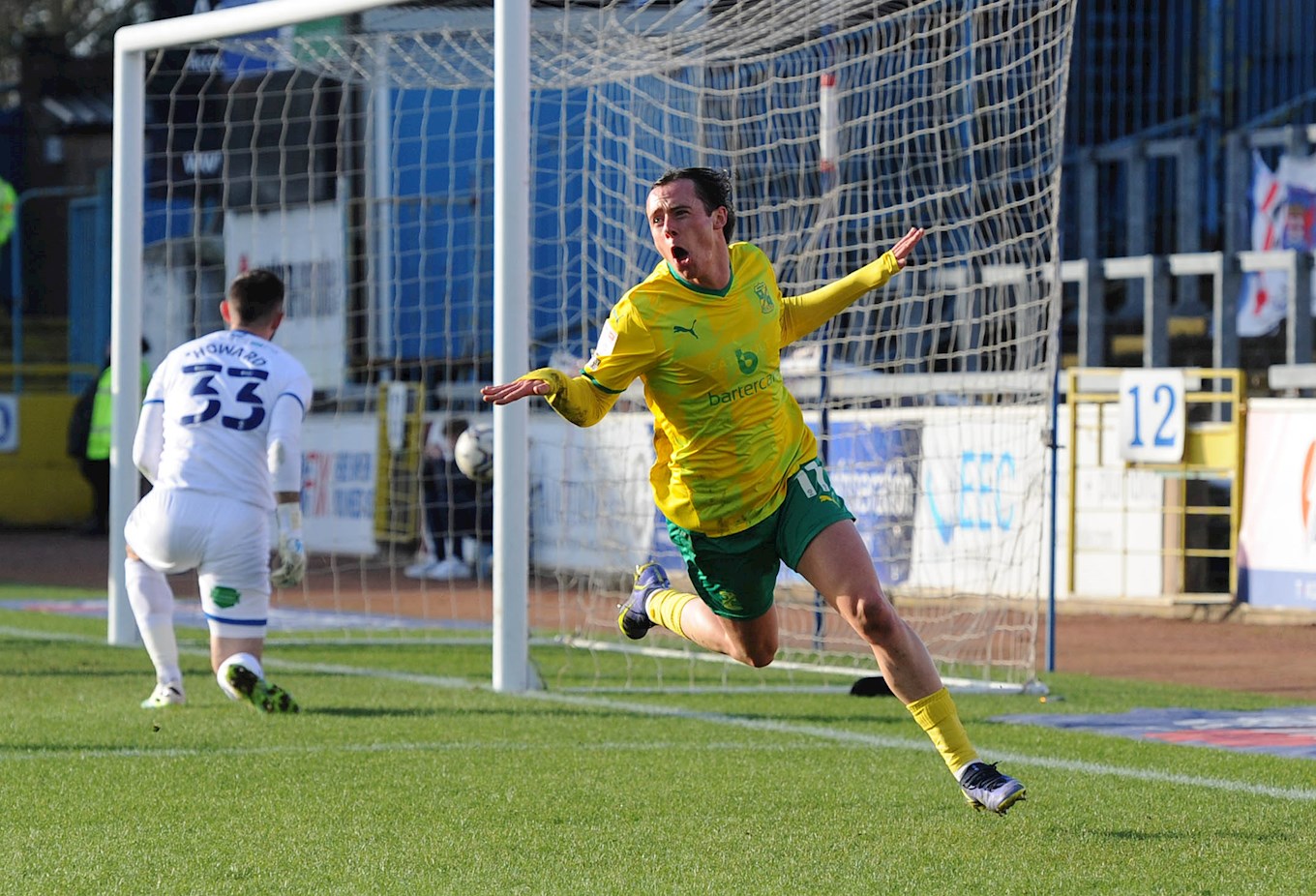 Town looked to come out swinging in the second-half and they started with intent with Joe Tomlinson going for goal, but his effort took a deflection before looping up into the arms of Howard.

Carlisle then enjoyed a spell of pressure as Guy sent a cross into the heart of the penalty area, with Tobi Sho-Silva planting a header wide.

However, the Reds were always well in control and they effectively killed the game off before the hour mark thanks to two quick strikes.

First, Town broke quickly and McKirdy was able to play through an inch-perfect pass to Davison, who did the rest by finishing neatly past Howard for his third goal in just two games.

Then, moments later, McKirdy was at the heart of things yet again as his excellent cross found an unmarked Barry, who had the easy task of smashing home his first goal for the club. 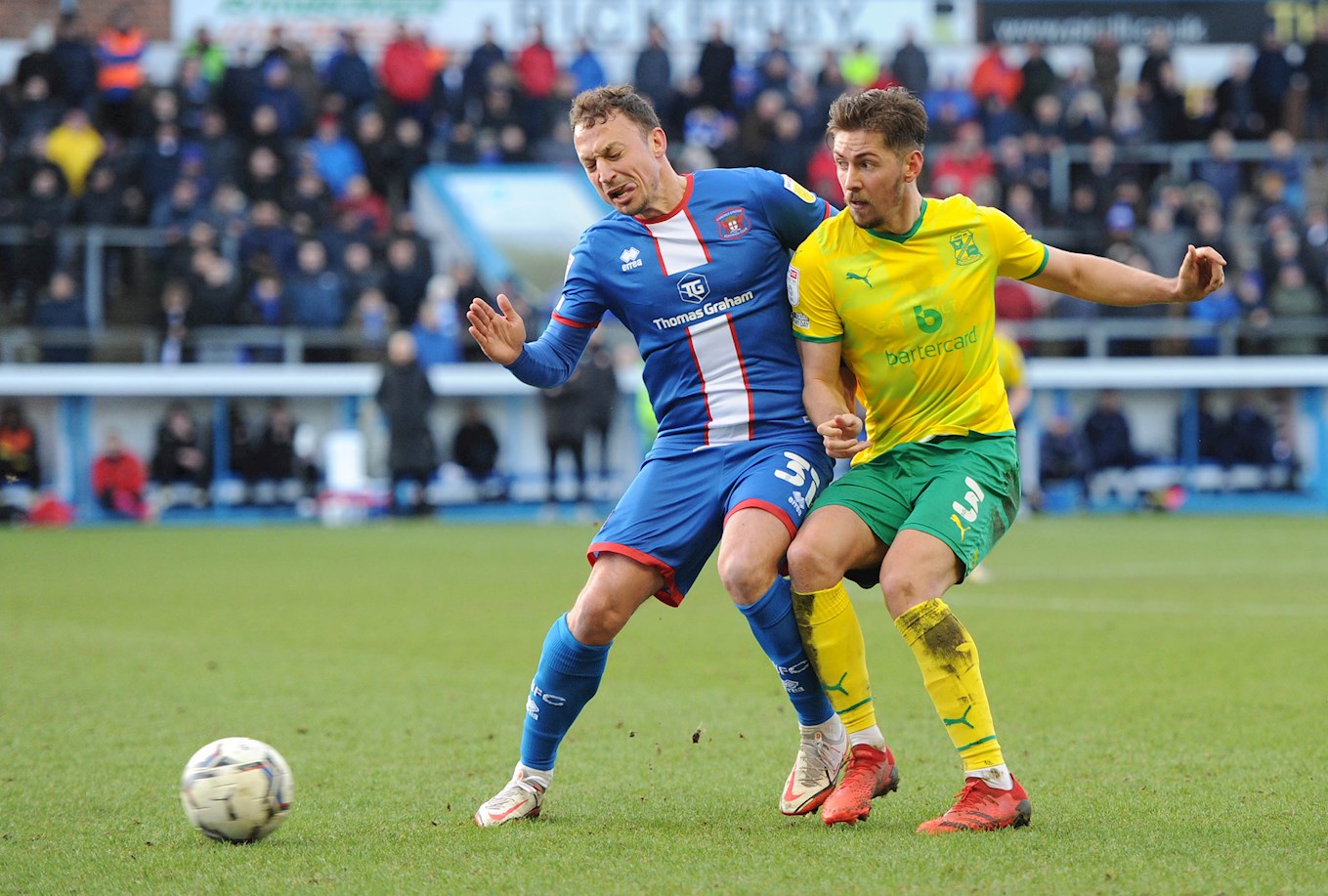 After scoring and laying on two assists, McKirdy's day was done as he was replaced by Jonny Williams, before Ellis Iandolo eventually made way for Ryan East.

The impressive Aguiar dragged a shot wide for the rampant visitors, before there were a couple of chances for the hosts as Simeu sent a header wide and Kristian Dennis' shot was straight at Wollacott.

With only a few minutes remaining, Town made their third and final change of the afternoon as Harry Parsons replaced Josh Davison.

Wollacott did well to tip Feeney's header over the bar, and that was enough to secure a second straight clean sheet and three points with Town seeing out the rest of the game with ease.