It was five of the best for a rampant Swindon Town team as they thrashed Walsall 5-0 in the EFL Sky Bet League Two at The County Ground this evening.

It was a superb first-half from the Reds who went in at half-time firmly in the driving seat thanks to outstanding strikes from Louie Barry and Ricky Aguiar, with the latter notching his first goal in professional football.

Aguiar added a second as his team remained in control in the second-half, and Barry also found the back of net again before Jonny Williams came off the bench to wrap up an emphatic victory.

Town Head Coach Ben Garner opted to keep faith with the same Starting XI that defeated Carlisle United 3-0 at the weekend, in the hopes of winning three on the bounce.

Both teams had chances within seconds of each other to start the game as Joe Tomlinson's shot from distance was gathered by Carl Rushworth, before Jojo Wollacott had to be alert to push away an effort from Tyrese Shade.

Liam Kinsella sliced a strike off-target after a cleared free-kick fell in his path, before Harry McKirdy fired a shot high and wide after being slipped in by Josh Davison.

It was then Davison's turn to try his luck after being played in by Louie Barry, but his shot from a tight angle was dealt with by Rushworth. 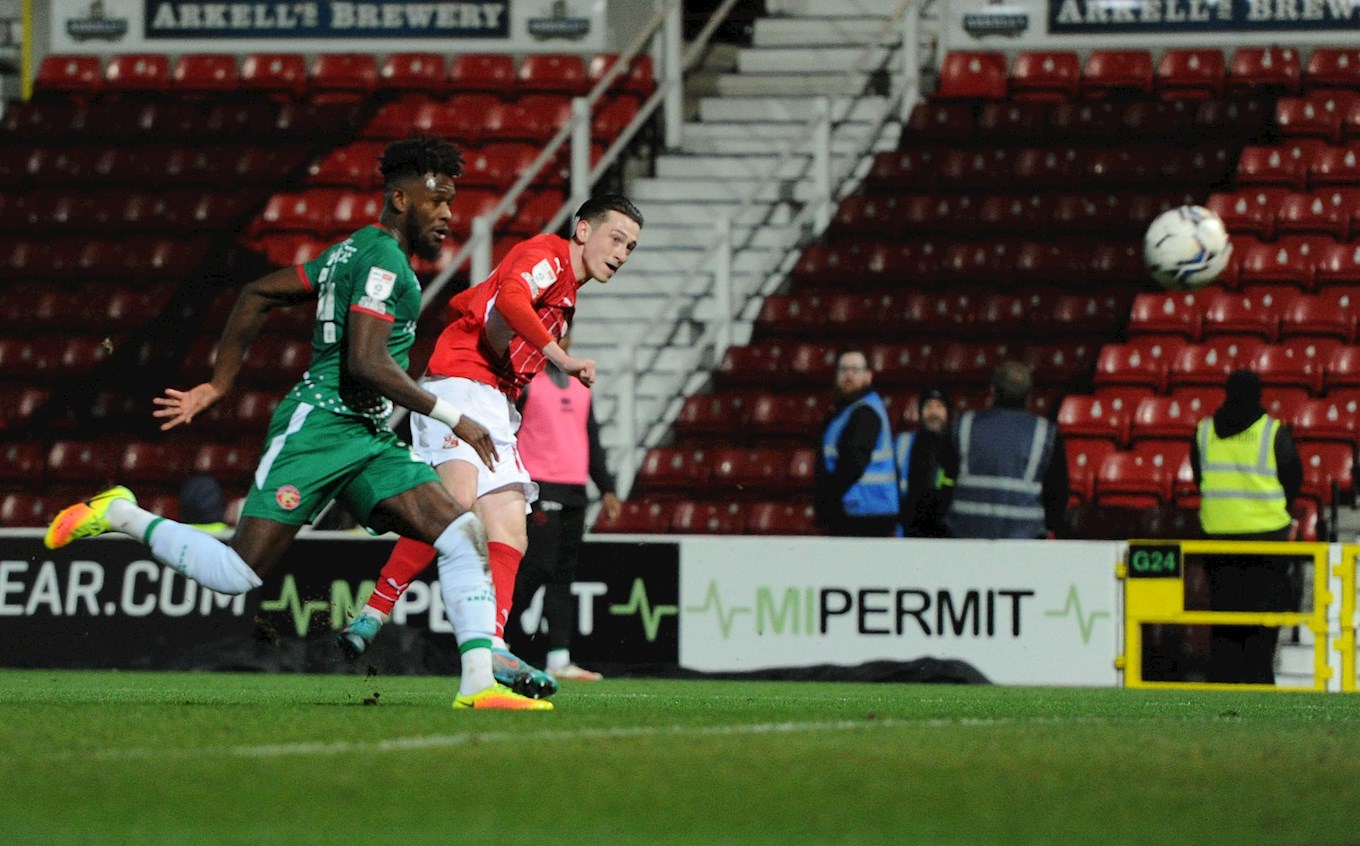 Both teams were battling hard in the middle of the pitch and not an inch was being given, but a moment of quality soon broke the deadlock.

After defending well with Louis Reed putting in a crunching tackle, the Reds launched a swift counter-attack with Davison slipping in Barry who showed off his skill to dart down the flank before beating his man and producing a brilliant finish.

Barry came close moments later after connecting with a volley, but the effort was straight at Rushworth who got down low to deal with the shot.

But Town did double their advantage heading in at the break thanks to Ricky Aguiar, who was teed up by Davison before dispatching a beautiful strike into the bottom corner for his first goal in professional football. 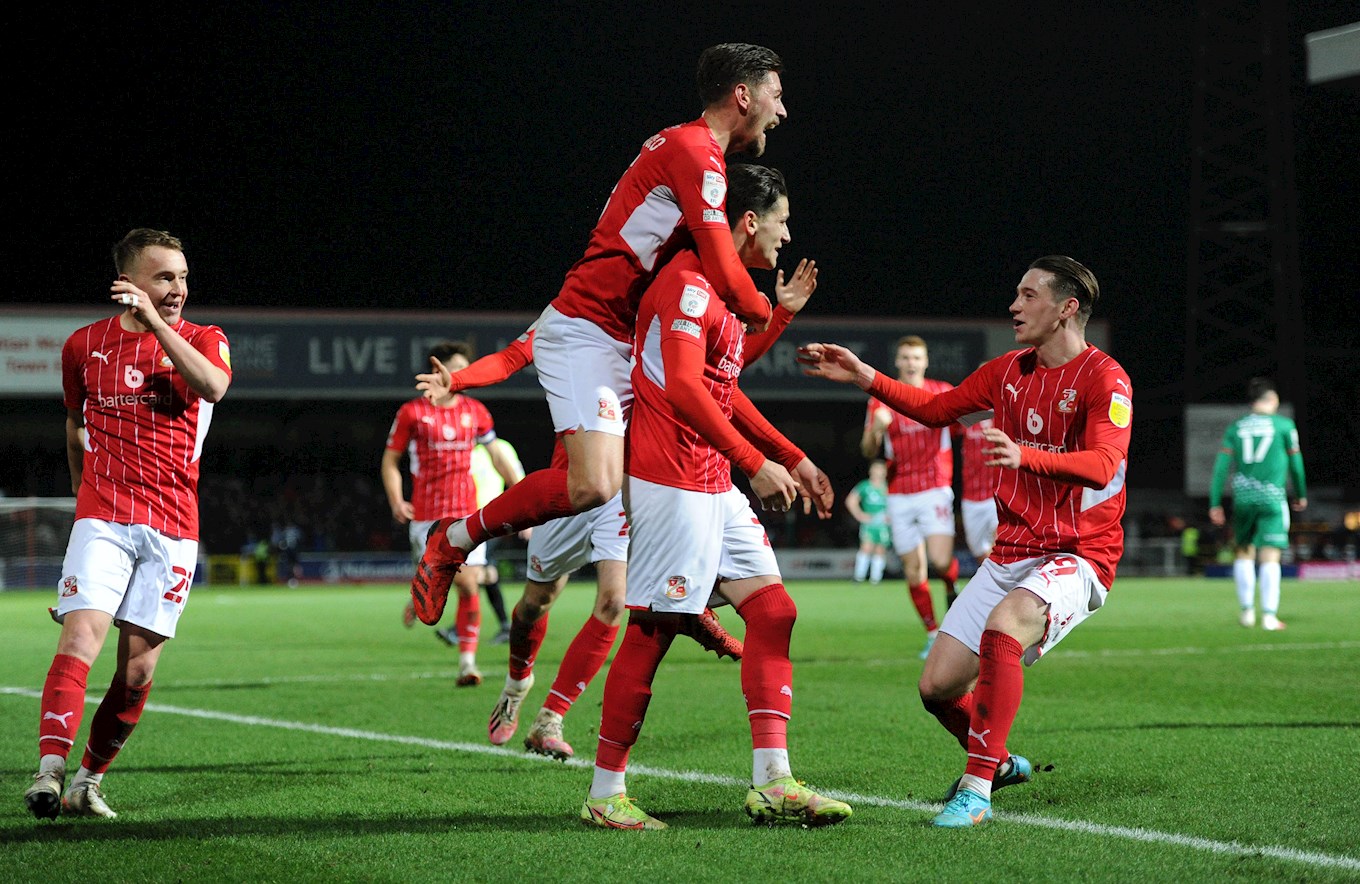 Town were in control and they were playing nice football while dominating possession, and they were a danger every time they attacked.

McKirdy's shot-cross trickled wide of the far post but it wasn't long before the Reds did damage again, Aguiar smashing home from Tomlinson's low, driven cross for his second goal of the game.

Tomlinson's strike from range was well dealt with by Rushworth as Town went for the kill, before Barry pounced on a loose pass and raced clean through on goal, executing a well-taken finish past Rushworth for his second goal of the night.

Jonny Williams came on to replace Harry McKirdy, but it was a mouthwatering attacking feast of football by the Reds who looked likely to score every time they went forward. 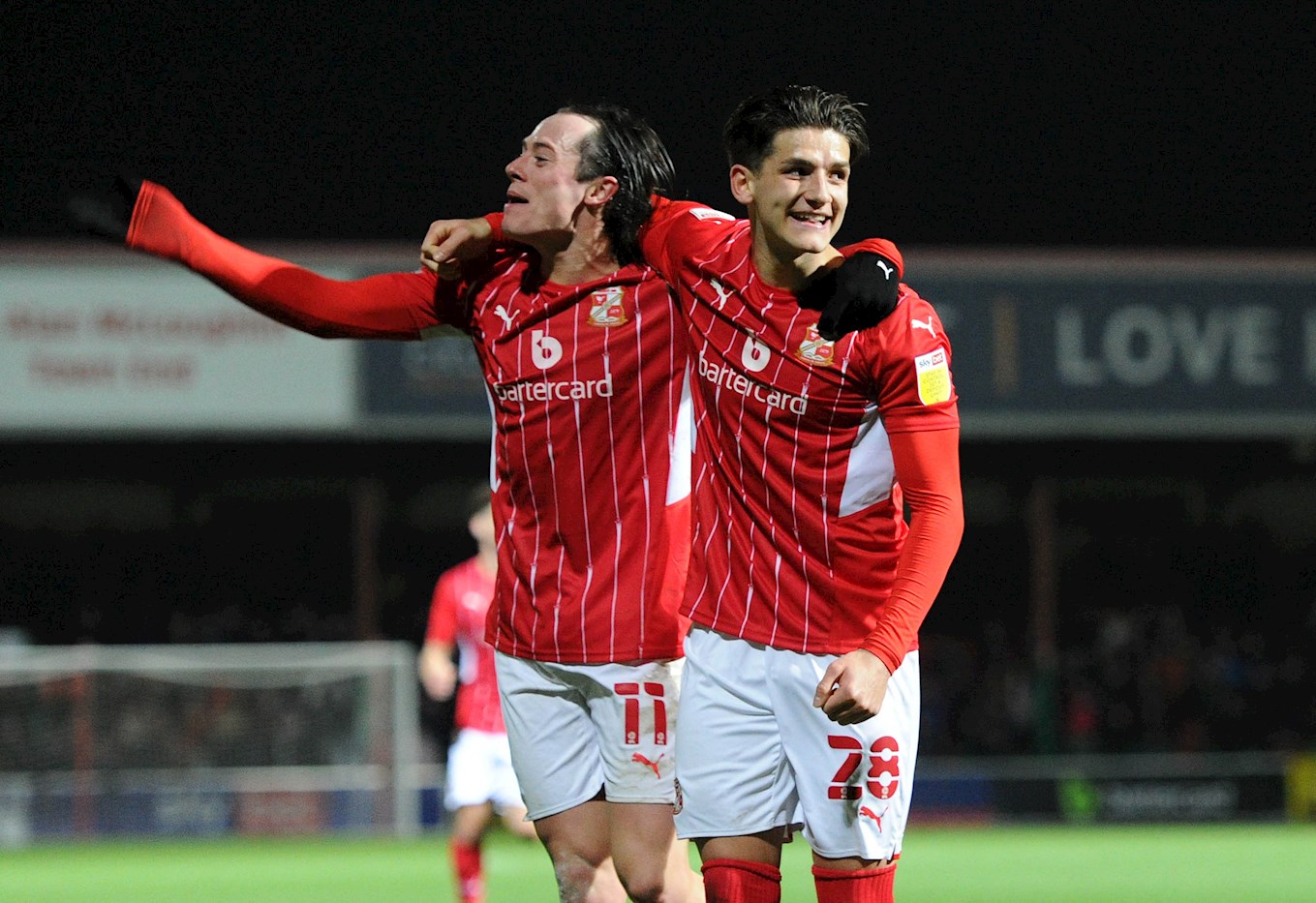 Town were playing with a real swagger and confidence, and they added to their lead once again with Jonny Williams latching on to a rebound before smashing home into an empty net.

Swindon then made their final change of the game as Josh Davison made way for Harry Parsons, and they were able to see the rest of the game out with ease.

It was a third straight win and clean sheet for Town who were brilliant from start to finish, and their attacking flair proved to be the different on an entertaining night at The County Ground.