Swindon Town endured a night to forget after suffering a 3-0 defeat to Tranmere Rovers at Prenton Park in the EFL Sky Bet League Two tonight.

Kane Hemmings wasted little time in giving the home team an early lead, a lead that was doubled early in the second-half thanks to Paul Glatzel's close-range finish.

Hemmings added his second goal of the night from the penalty spot in the closing stages, and that wrapped up what was a frustrating loss for the Reds.

Town Head Coach Ben Garner made just the one change with Ellis Iandolo coming in to replace the injured Jordan Lyden, who is set for a lengthy spell on the sidelines.

There was a chance right of the bat for the hosts as Paul Glatzel broke into the box before seeing his shot blocked, with the ball rolling into the path of Lewis Warrington who thumped a shot wide.

But Tranmere would open the scoring moments later thanks to Kane Hemmings, who was played clean through on goal by Glatzel before keeping his cool to slot the ball past Jojo Wollacott and put his team ahead. 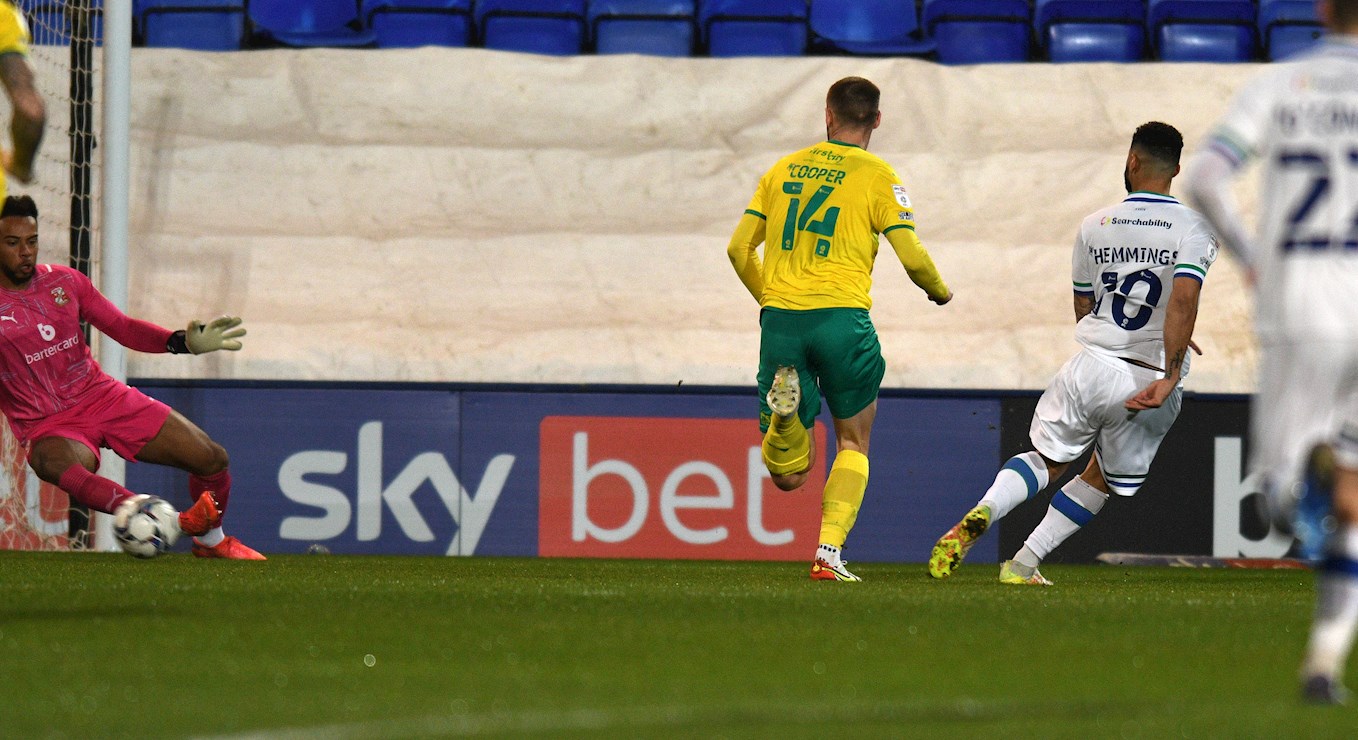 Tranmere nearly doubled their tally after Hemmings flicked the ball into the path of Glatzel, who smashed a shot from a tight angle against the bar.

Town were able to muster up their first real chance just past the 20-minute mark as Josh Davison rose highest to meet Joe Tomlinson's cross, but his flicked header flashed wide of the post, before Hemmings launched an ambitious volley from a tight angle and way out over the bar.

Swindon were then forced into a change just shy of the half-hour mark as Jayden Mitchell-Lawson came on to replace Jonny Williams, who had taken a knock earlier in the game.

Hemmings tried his luck again from distance but his effort was gathered by Wollacott, and the rest of the half went by without any real clear-cut chances for either team. 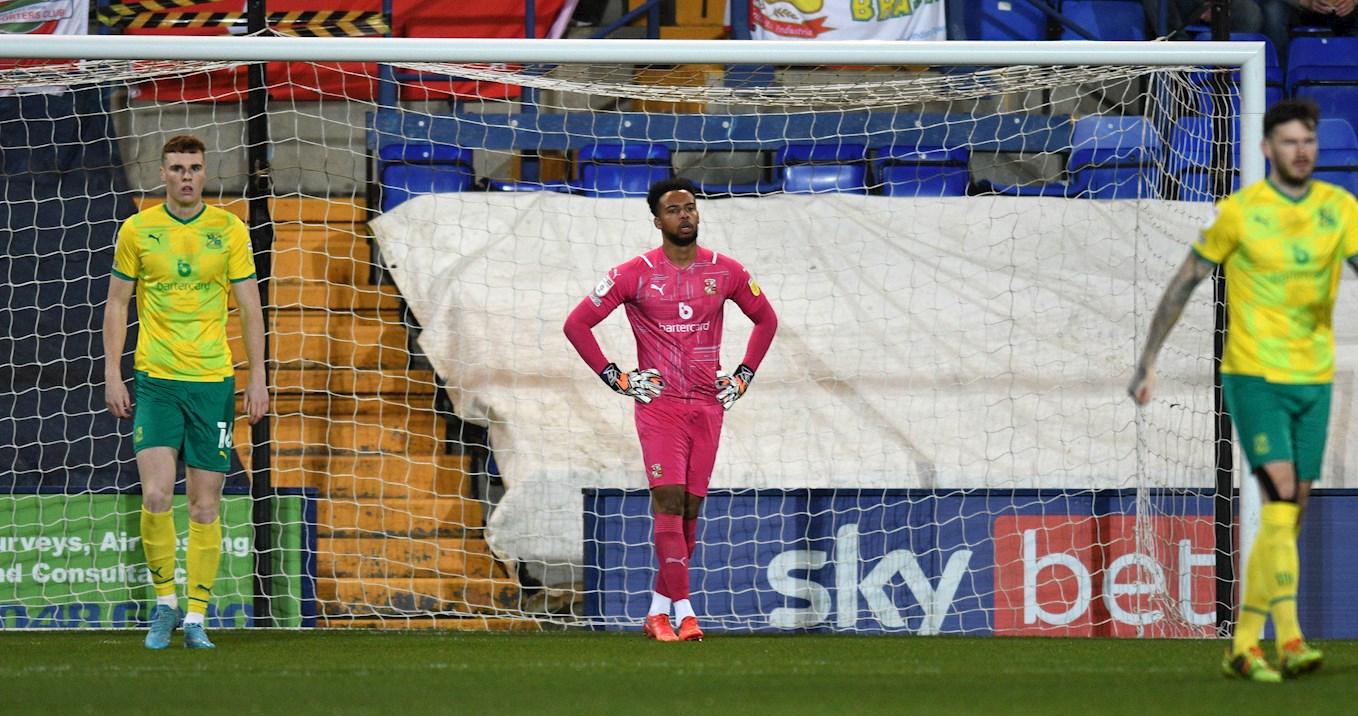 It was more of the same after the break as Tranmere remained in control, with Lee O'Connor's drive being dealt with by Wollacott who gathered the shot at the second attempt.

However, Rovers would double their advantage minutes later as Josh Dacres-Cogley fired in a pinpoint low cross, which was smashed home from close-range by Glatzel.

It should have been 3-0 past the hour mark as Warrington played an inch-perfect pass through to Hemmings to set the striker clean through on goal, but he could only place his shot wide despite being one-on-one with Wollacott.

But Hemmings would go on to atone for that miss with less than twenty minutes remaining, scoring from the penalty spot after O'Brien had brought down Davies inside the box. 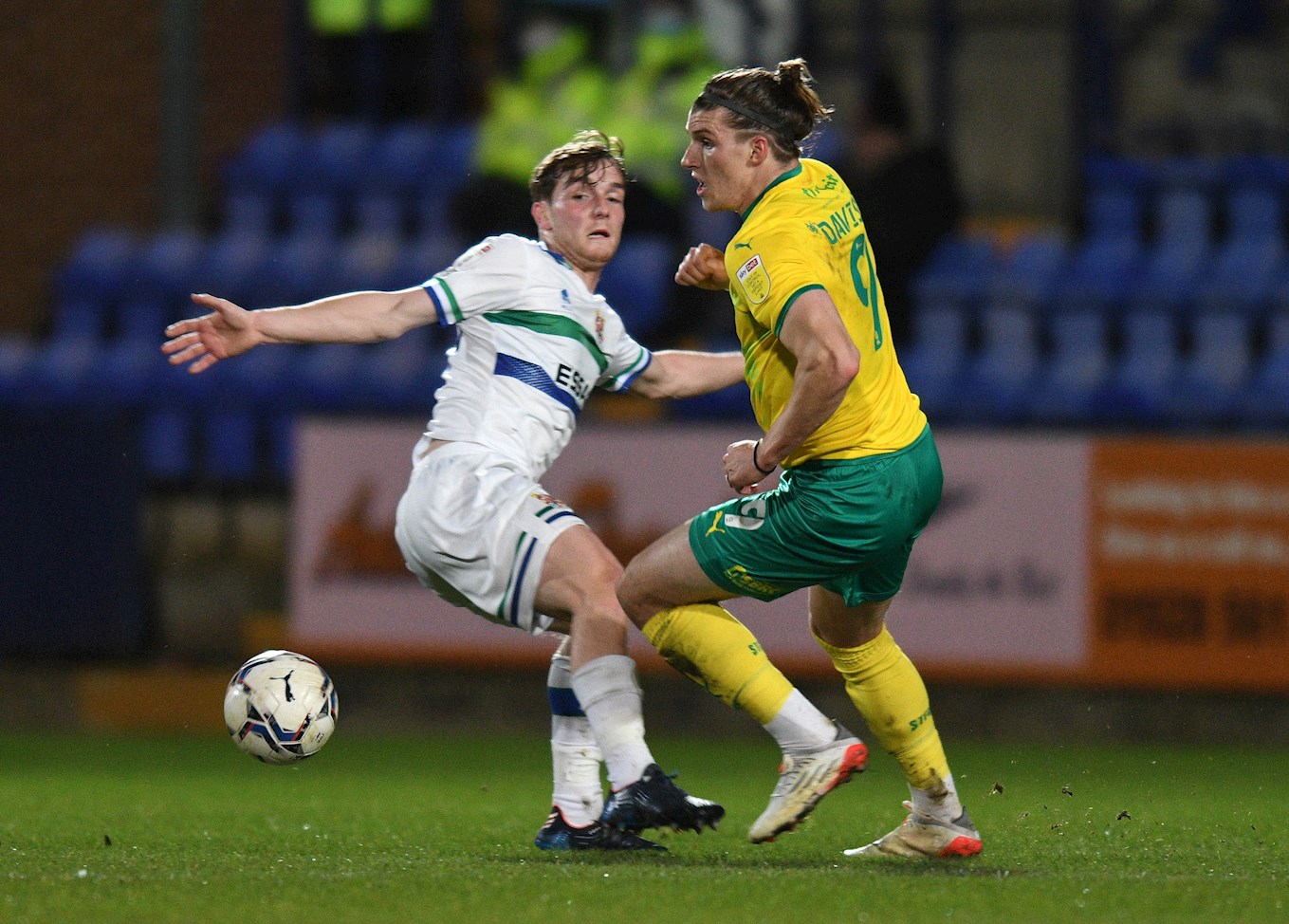 Town then made a change as Josh Davison made way for Harry Parsons, before another quickly followed as Ricky Aguiar replaced Harry McKirdy.

Following a coming together on the touchline in the wake of a rash challenge from Ellis Iandolo, Town Assistant Coach Scott Marshall was shown a red card as the Reds' night went from bad to worse.

And that was that as a frustrating and tough evening came to a close for Town, who suffered their second defeat on the bounce.