Joe Tomlinson had mixed emotions in the wake of Swindon Town's 2-1 defeat to Exeter City in the EFL Sky Bet League Two this afternoon.

The on-loan Peterborough United defender had a memorable debut at The County Ground, causing havoc in the first-half before opening the scoring with a superb goal after the break.

However, late goals from Jevani Brown and Timothee Dieng gifted Exeter a big, big three points and Tomlinson was left frustrated when speaking to the local media in the wake of the contest.

"1-0 up at home with 10 minutes to go, there's no excuse for losing that game and we're all deflated in there.

"We know we can do better, we're not going to get our heads down and we're going to go again.

"We're going to go and get the three points on Tuesday.

"We stopped playing and we sat off too much, tried to defend the lead and it was a good finish from the boy, but we should have been playing how we were for the first 70 minutes and we stopped doing that.

"The winner took a bit of a deflection, which is a shame, but even if we concede the first goal we shut up shop and we don't lose the game, so there's no excuses.

"I loved it, as much as you can do losing a game.

"You never want to lose a game but playing here at The County Ground in front of these amazing fans and scoring, it was a brilliant feeling and I'm just so disappointed we couldn't get the three points." 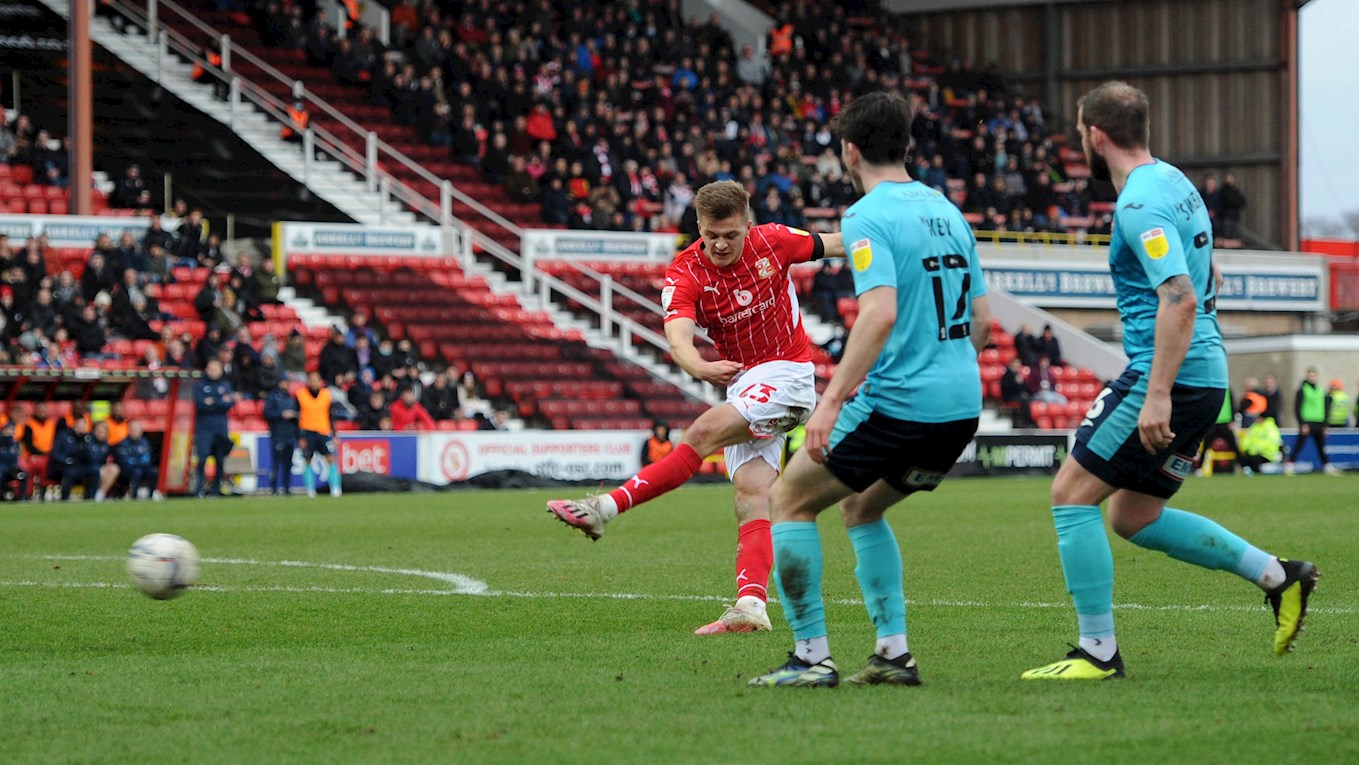 Born and raised locally, Tomlinson revealed that he grew up watching Town games and securing a loan move to SN1 was always high on the agenda.

"I've been to The County Ground growing up, always followed them and when I saw the project here and found out about their interest, there was only one place I wanted to go," Tomlinson added.

"The welcome I got today was brilliant and it was just a shame we couldn't give the fans the three points.

"It was brilliant to be out there today.

"As soon as I found out about their interest, we were straight on it with Peterborough and pushing for it to happen."