Swindon Town Head Coach Ben Garner admitted that his side should have come out on top in the 1-1 draw with Crawley Town at The County Ground on Tuesday night.

Jack Powell gave the visitors the lead from the penalty spot despite the fact that the Reds had dominated the first-half, but Ben Gladwin's deflected strike ensured his team escaped with a point.

And, in the wake of the game, Garner sat down with the local media to give his thoughts on the result, the performance and much more...

"Proud of the group, of how they kept going and not giving in at the end. It’s better taking a point than obviously losing the game, but yeah, frustrated that we didn’t take all three.

"I thought we started the game so well in the first half an hour and should have probably been 3, maybe 4 (goals up). But we kept pushing, we kept going.

"They sat in and made it really difficult, obviously second-half, but yeah we’ve gone and got a point so that’s a positive, but we want to be winning those games.

"How the linesman on that side doesn’t give it, he goes to kick the ball, misses, kicks Brandon Cooper, stonewall penalty. Doesn’t give it. Up the other end, there’s half a penalty shout with Jordan Lyden.

"They’re side by side and they clip heels, he goes down. He gives that penalty but doesn’t give ours and that allows them to then sit in and try and frustrate us for the rest of the game.

"I sound like a broken record, but these decisions go against us every single week at the moment. (We could have been) 2-0, 3-0 up during that first period, those decisions don’t come into effect as much, so our focus internally is to get better, take those chances.

"But again, it’s a game we completely dominated, you know, 70% possession, 20 shots on goal - we just needed to take those chances.

"It was hard because they were so deep. They went to a back-five and they were deep so there was no space in behind, you have to try and play through or you’re trying to go around the outside, which is difficult to do.

"When anyone sits in that amount of space and makes it really compact it’s a touch thing to do. I think we needed to be a little bit quicker at times, we could’ve got the ball back in play sharper, but like I say, we kept going, got the goal and I think the players deserve a lot of credit for that." 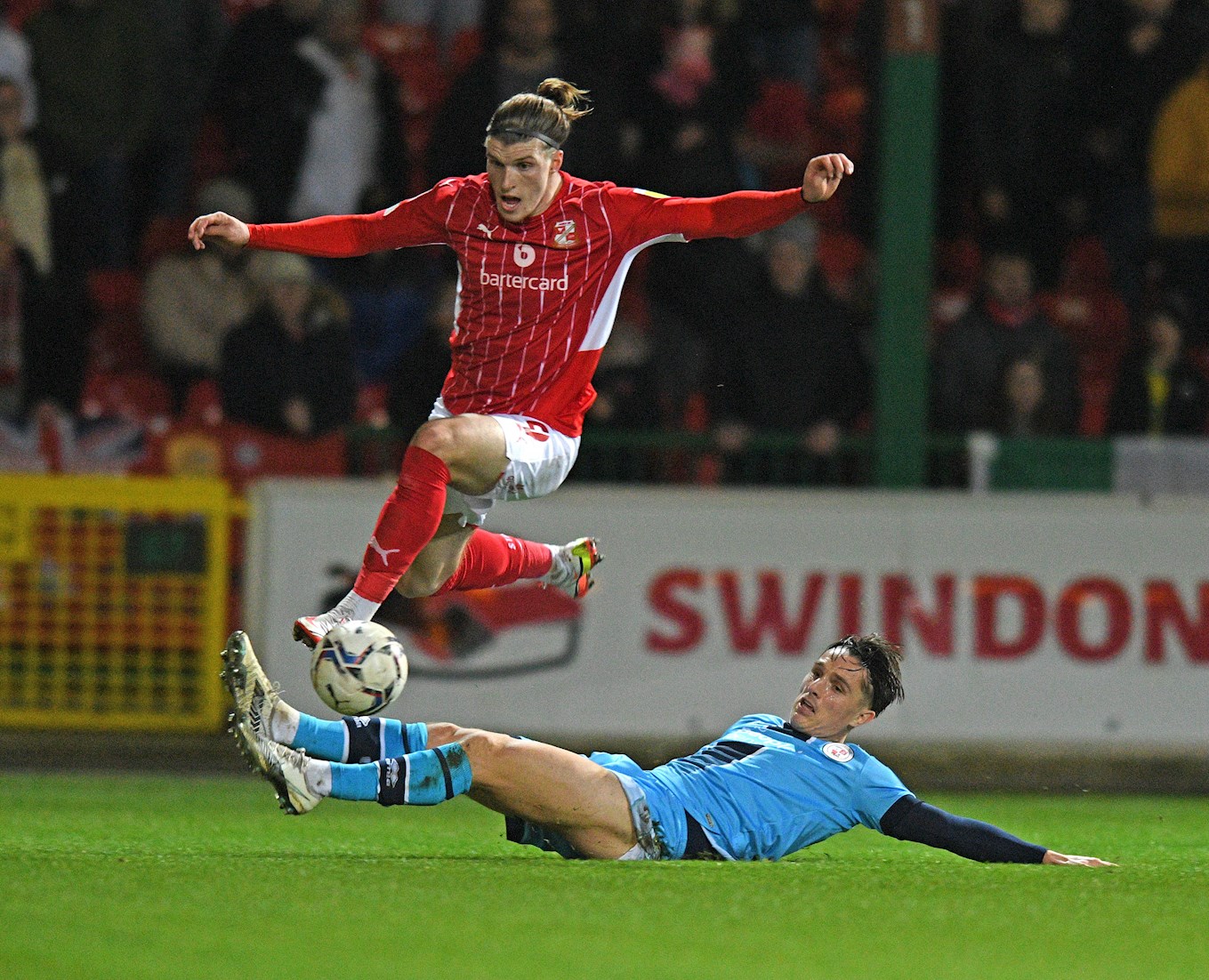 "I think it changes the dynamic of the team in terms of the profile of player that he is, but I thought Louie Barry did really well and grew into the game, was really sharp and got more confident as the game went on.

"You could see glimpses of his quality there, but it’s just a different profile of player in terms of physicality so we have to adapt a little bit and change to that.

"We’ll get Josh scanned as soon as possible and it’s hopefully nothing too serious. His hamstring has just tightened, so, like I say we’ll get it scanned and wait and see what comes back on that."

"I’ve already spoken within the dressing room there. I wanted to speak to the referee but apparently you are not allowed to.

"Their manager is trying to speak to the referee but he’s been told he can’t either.

"Apparently he swore at him after the game and he’s (he has) given him a red card. There’s been constant swearing throughout that game.

"The Fourth Official has sworn at their manager. How can he do that and get nothing, but our player gets sent off for swearing - and they won’t even own up to it.

"You just want honesty and transparency. Should Reidy (Louis Reed) do it? Of course he shouldn’t, and I’m not defending that at all, but you’ve got to be consistent. You have to be consistent with it and not hide behind the door in there now and not come out and tell the truth."

"He (Akin Odimayo) had a knock from the weekend. He had a knock on his knee, there’s a little bit of fluid there. It would have been a risk to play him in terms of any further contact on it, so he was good enough to put himself up for the team to be on the bench, but yeah, he actually got 2 whacks on in on the weekend and it’s been sore since, so that was the reason he wasn’t in the team." 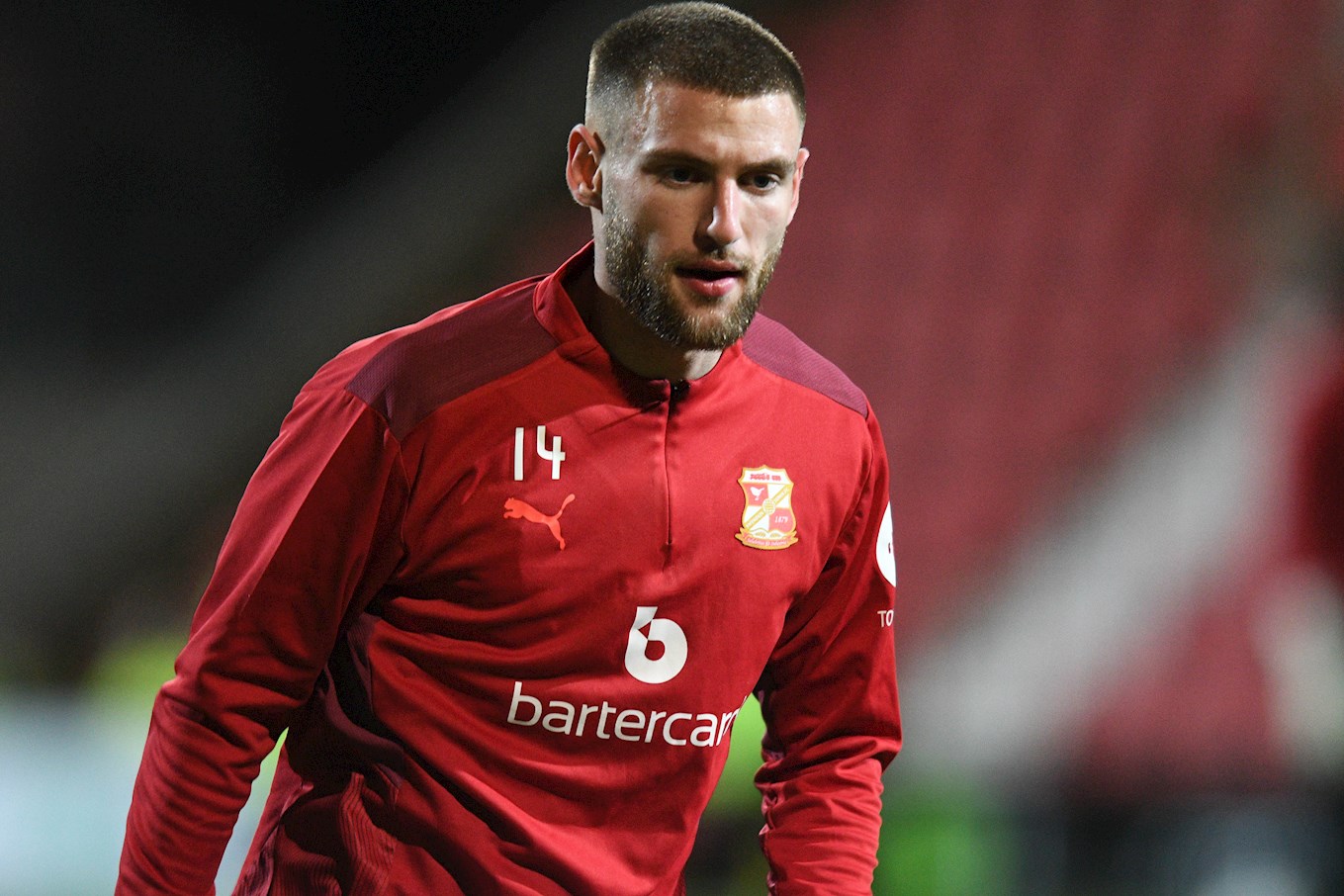 "Outstanding. I thought he was outstanding, it shows what a quality player he is straight away. I thought he defended brilliantly, was great in the air, and was very very good on the ball. To play like that with 1 days training was fantastic."

GARNER ON LOUIS REED BEING ON THE BENCH

"Just a bit of rotation, he really loves to play, wants to play every game. He was frustrated that he didn’t play but we’ve got a lot of games and we need to utilise the squad.

"Ryan East is a good player in his own right and that was my decision to do that. For the first half an hour we blew them away. Great tempo, great opportunities, really pushed, just needed those goals.

"We’ve just got to stay brave and keep getting in the positions because the goals will go in and the results will turn from one point to three."

"He’ll certainly give us that great quality, Joe. He’s literally 2 footed, can play on both sides of the pitch and is a very good crosser of the ball. He’s got a goal in him as well and yeah I think he’ll really add to the group in terms of that quality going forward."