The Reds take on the Valiants in the EFL Sky Bet League Two this afternoon (3pm Kick-Off), and Garner met with the media on Friday to give his thoughts, which fans can read below...

"Yeah, we’re really happy, obviously profited from how well he’s done, you know, he came here at a bit of crossroads in his career, I think, with a point to prove, undoubted ability but has fitted in really well with our group and he’s still learning, there’s still loads he needs to improve both on the pitch and off the pitch, but we’re working with him with that and I think he has got the potential to grow and do even better in the future

"Harry, you know, is really intelligent in terms of a football sense, great football brain, great desire to do well and I think that probably boils over at times and that’s maybe been his issue. So, trying to get him to improve a little bit psychologically, in terms of how he controls that, how his mindset is going into games, how his mindset is within games, and he is working really hard on that and that’s showing.

"As I say, undoubted ability, fantastic talent, incredible work ethic, gives everything for the team in every single minute of every game. So we’re really pleased to have him here and, like I say, I think there’s a lot more to come from him. 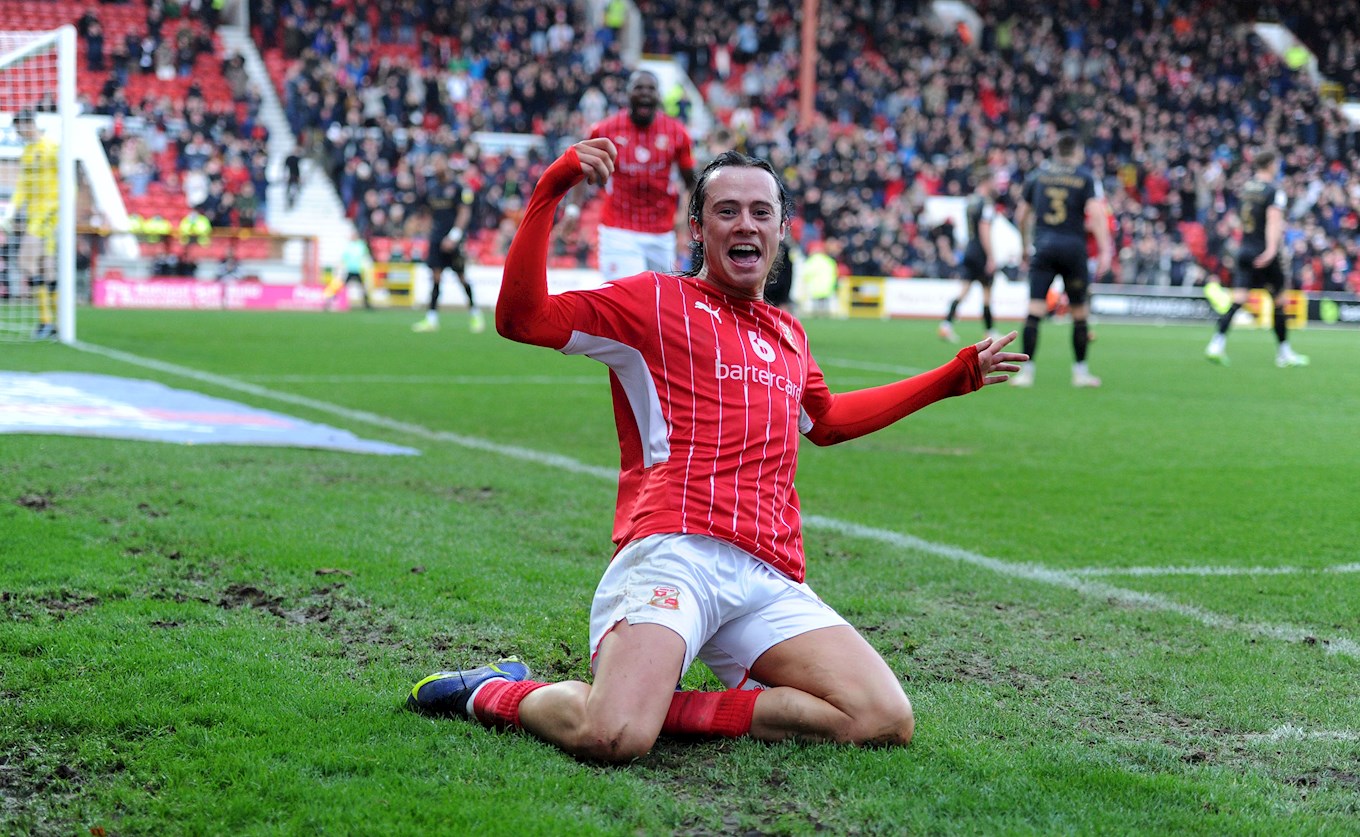 "All you can do is support, but it is up to him to get himself in the best frame of mind. Preparing for a game and within the game, and he’s working hard on that and he’s doing really well with it. Is it going to be smooth? No, because the type of character that he is and you don’t want to take that fire away from him that he’s got, it’s just trying to control it and improve it and we’ve had lots of discussions.

"It was a high-performance podcast, it was one with Dan Carter, the famous All Black and there was some great stuff in there that I thought could potentially help Harry, so, I suggested to him and he had a listen and if you can take little bits and pieces sometimes, anything that helps we’re always open to." 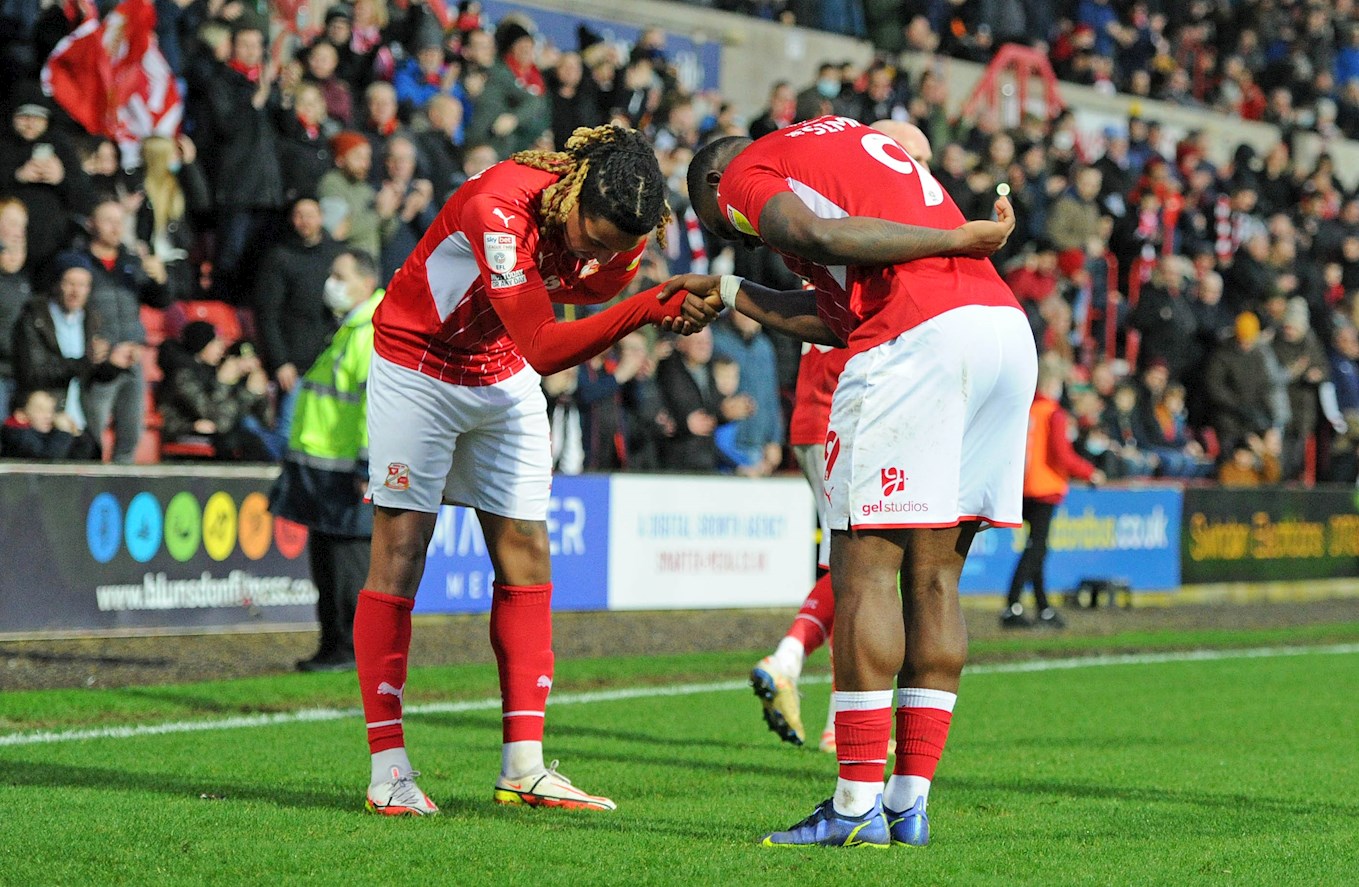 GARNER ON ROM CRICHLOW GOING BACK...

"We only had contact from Huddersfield a couple of days ago, but football is a small world and I had an inclination probably ten days or so ago.

"I knew other clubs were interested and knew they were trying to talk to him. He’s done great for us in the first part of the season, unfortunately picked up an injury and then got Covid, and then post Christmas obviously once I had an inclination there was a chance he was going, I felt it right to prioritise the players that I knew were going to be here for the rest of the season.

"That’s happened with Rom, that’s happened with Kaine (Kaine Kesler Hayden). Obviously, Jojo’s (Wollacott) now away representing his country on the back of coming here and proving himself and taking those opportunities, so, in a lot of ways it’s fantastic, it’s just changed our picture a little bit in terms of recruitment wise because all the sort of noises going into Christmas were that these players would remain here, but that’s football, that changes, you know. We’ve got backup plans and we’re now moving on to those.

"I think there was several League One clubs that wanted to take Rom. I think he turned down two but thought Plymouth was a good opportunity for him, it’s a great club, they’re doing very well and he thought it was an opportunity to step up and test himself in League One and so, like I say, we are where we are now, we thank him for what he did for us in the first part of the season and likewise we like to think that we’ve now helped him and his career, and we look forwards."

"Yeah, we’re looking at strengthening, obviously in two or three areas now, but we’ve got more than enough to go and win on Saturday. We’re probably as stretched as we’ve been all season in terms of loans that have gone back, a couple of injuries and Jojo away, but there is still enough quality in this squad to go and win at Port Vale, and that’s what our focus will be

"We’re trying to get things done as quickly as we can. Like I say, we knew we wanted a centre back, which we got done with Jake (Jake O’Brien) but at that stage that was with Rom still in our plans, thought he was staying, so that obviously changed that picture.

"We expected to keep Kaine because all of the conversations with Aston Villa, building into Christmas, they were really happy with everything that was happening here. So things change quickly in football and you’ve got to be prepared for it, and there’s a lot of work. Myself and Ben Chorley are doing incredibly long days at the moment, working on trying to get players in and obviously we’re still under the restrictions of the embargo which makes it a little bit more complicated at times, so we’re working as hard as we possibly can and like the half a window we had previously, hopefully by the end of it we will be in a much better position and that’s when we need to be judging ourselves at the end of the window - have we strengthened the squad? Are we in a better place?" 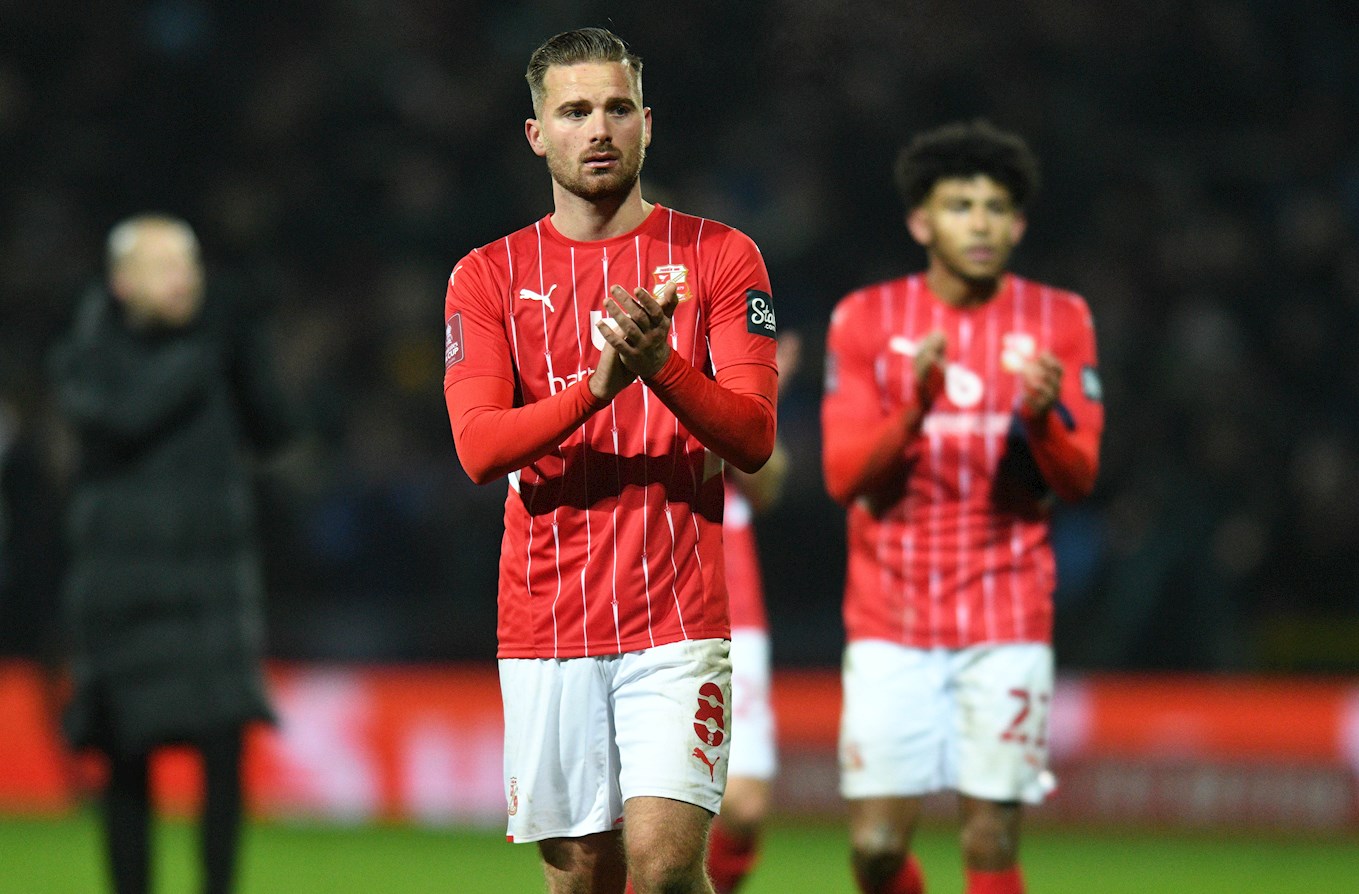 "Jordan (Lyden) has done great. He’s done really really well and like I say, he’s had to be patient and we’ve had to be patient in terms of his rehabilitation from injuries and also getting to a point where we’re confident he can have that robustness moving forwards, so I have been delighted with Jordan over the last two-three weeks now and we’ve got real strength in depth and competition in those midfield areas."

"They've paid a couple of transfer fees for a couple of good players that are experienced at the level, so they’ve obviously looked to strengthen. We assess what they have done in this period.

"They’ve obviously had a Covid break as well, a long period without playing and that changes where clubs are, like it did for us. So, we learn from the previous game. They are a very committed and organised team - Darrell’s (Darrell Clarke’s) teams are always intense with and without the ball.

"We know that, we have to be prepared for that, but we have got a way of playing that we think can be successful. We have to commit to that, we have to believe in it, but we certainly have to have that intensity and focus that is needed to get three points against anyone in this league. 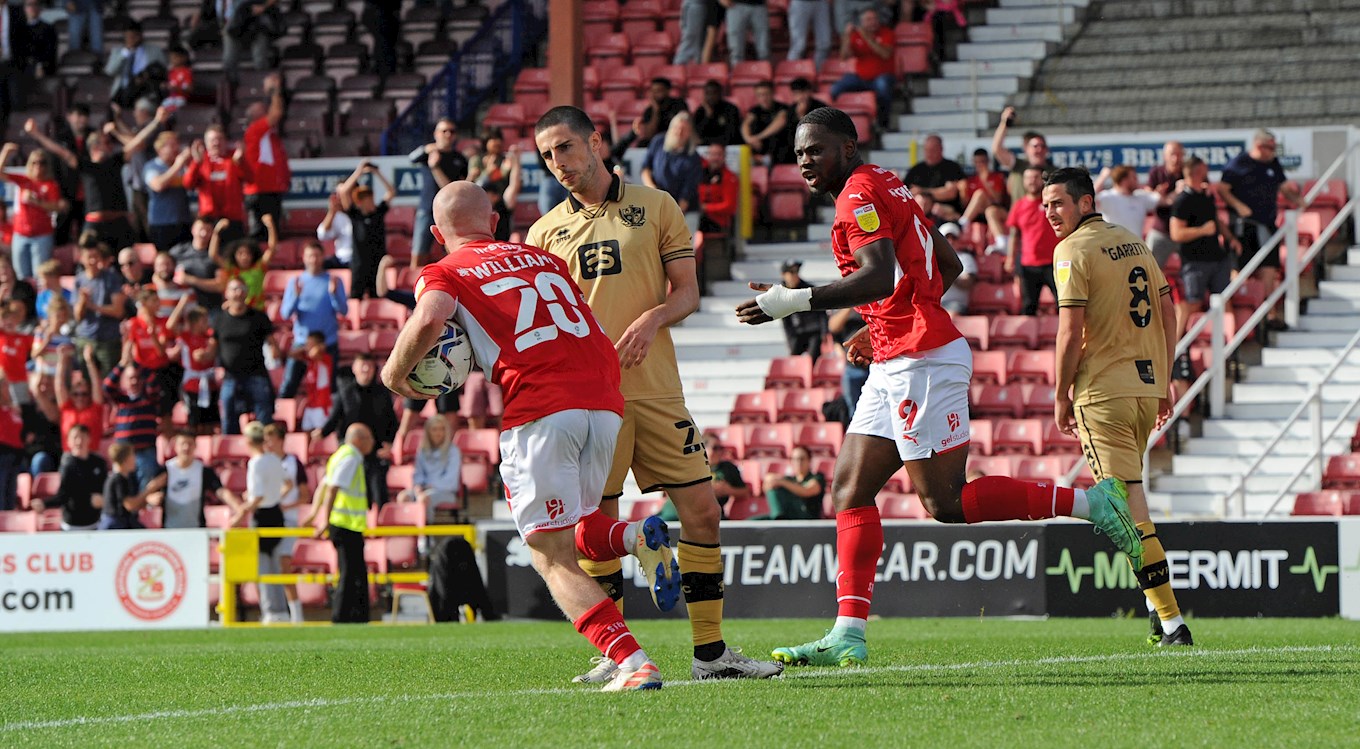 "It is a big pitch there. I think we need to use that space, we need to be clever in terms of our positional play and possession, how we utilise that and also controlling the spaces without possession, so we’re well aware of that, it’s something we have spoken about and addressed and we’re looking forward to the game.

"We were disappointed with elements of the game on Tuesday, but overall, fifty-five percent possession, twelve shots, six on target, six corners away from home, two goals - we should win the game, let alone get a point.

"So, we need to not be too disheartened, there are elements of the game we want to improve, which I think I have made clear, but overall we should still deserve to take something from the game and there’s not a massive amount wrong.

"We need to take those positives into Port Vale tomorrow and go there with confidence and show that we can go there and win the game."

"Jack Payne and Mathieu Baudry are both progressing really well. You couldn’t ask for two better professionals than those two.

"They were literally doing everything possible, working every hour in the day to get themselves back as quickly as possible, which they are doing, and we want them back as soon as possible for how important they are to the group.

"We have got one player being assessed this morning and we’ll see where that is and we’ll know in the next half-hour or so, and that’s it. Everyone else is okay."