Swindon Town Captain Dion Conroy hailed his team's 3-1 success away at Port Vale this afternoon as a "massive win" for the Club.

Spurred on by a brilliant first-half performance, the Reds emerged victorious at Vale Park thanks to goals from Jonny Williams, Ben Gladwin and Harry McKirdy.

And, in the wake of the game, Conroy spoke to the local media about a number of different topics, including the win and the performance...

"Obviously a massive win. Obviously for me, we haven’t won - obviously, the boys won against Northampton but I wasn’t a part of that.

"The form hasn’t been too great as of lately so, yeah that was a massive win. I think they’ve got a few games in hand as well so we knew before the game, I said to the boys this is really a must-win game so we went out and performed even while they had eleven men.

"Their man got sent off right at the end of the first-half. We dominated them even with eleven men, so the boys put in a really good shift today. I think it really suited us how big the pitch is, we could play through the spaces and yeah, there was a bit more confidence in the performance today, so onwards and upwards.

"I think we just started off with the ball better. We got after them, we worked hard. Again, it’s not an excuse, but the pitch last week (at Mansfield) wasn’t the greatest, so that does play a factor into it, but we definitely moved the ball a lot sharper, we were a lot more clinical with our passes and we got them moving, which is a key thing for us to open up the teams and be patient and find them gaps, and then when you find them gaps to be clinical, and we were today." 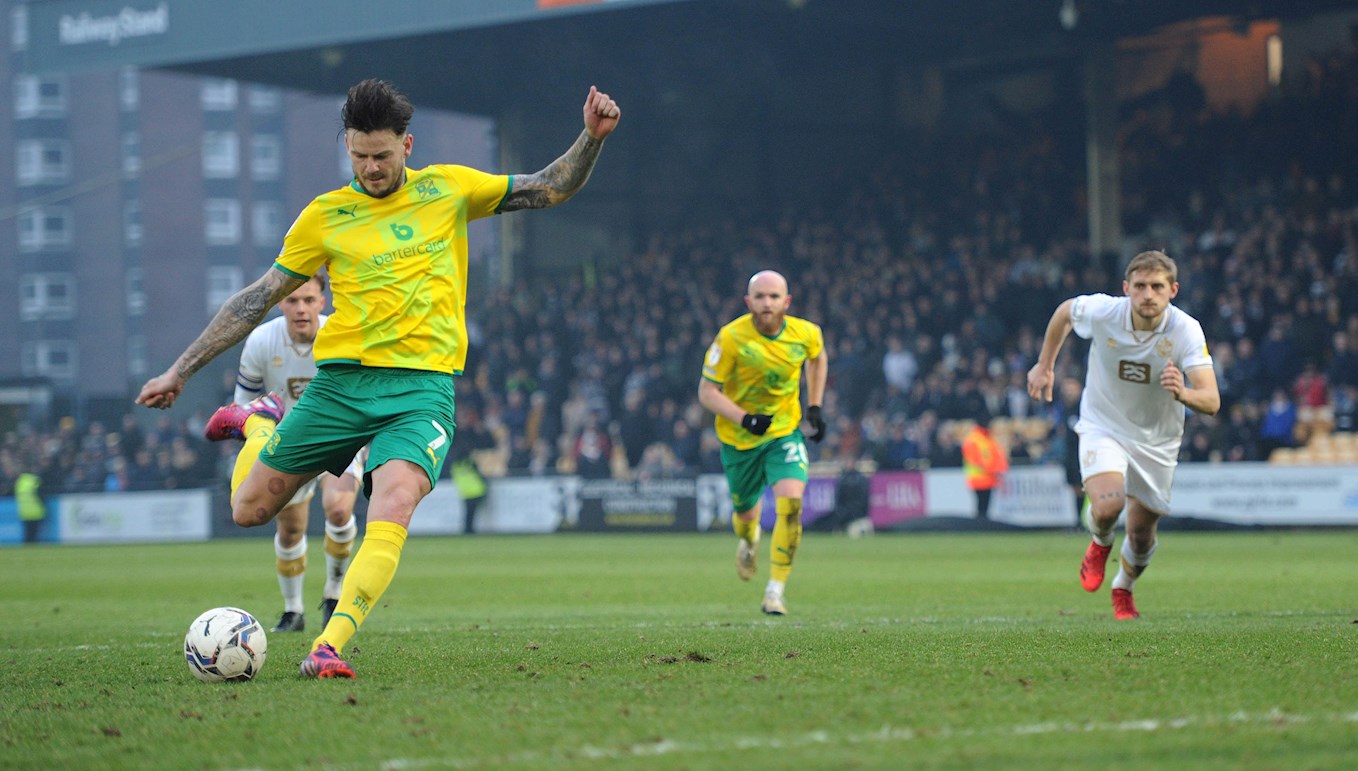 "Yeah, I don’t have to say much about them, obviously everyone knows how good they are and when they’re on form like that they’re a nightmare for the opposition, so when everything is firing we’re the best team by far, we’ve just got to keep this form going now and kick on and create a bit of a gap now and close the gap from Forest Green.

"We’ve obviously got Payney (Jack Payne) to come back and Frenchy (Matthieu Baudry) to come back and all the other boys, so it’s a lot of competition and everyone has got to work hard everyday and we’ve got to keep winning." "Jake is a very good player, obviously going straight from reserves football to the game last week, it’s the complete opposite so it was probably the best way for him to kind of learn and see how different it is from U23's football.

"Obviously, I played a lot of U23's football when I was younger. It is nothing like this at all, so yeah, he’ll get more and more used to this.

"He’s a big boy, so hopefully he can keep heading them balls and hopefully get a few goals for us. But yeah, he’s a young boy and he’s a very, very good lad and hopefully now we can kind of keep the defensive line really consistent and playing well and just kick on from there and score as many goals as we can and get up that table."