Brandon Cooper was over the moon to have signed for Swindon Town, and he outlined his ambitions and hopes for his time at SN1.

The Reds significantly bolstered their back-line by signing the hugely-talented defender on loan from Swansea City on Saturday, with the deal running until the end of the 2021-22 EFL Sky Bet League Two season.

And, after completing his first day of training with his new team, Cooper sat down with swindontownfc.co.uk to explain why SN1 was the perfect place to come and continue his development.

"It was the first day of training today, it was great to be around the group, it is a good group here and I'm really excited to see what the rest of the season has in store for the team and to push on and build on what has been a really good season for the team.

"I've been talking to the Manager a lot and the interest has been there over the last few weeks. There were other teams interested, but the main factor that made want to come here is the style of play.

"I really enjoyed it from the games I've watched, it will suit me and it is similar to the style Swansea play and speaking to the Gaffer, speaking to people in the club, speaking to Jonny Williams, it felt right and because there isn't that long left in the season I wanted to go somewhere that will suit me well and where I can influence the team as much as I possibly can.

"Russell Martin and Luke Williams played a big part in me coming here by saying how good the football was here and the connection with the Manager here, and it is going to help me progress and develop.

"It will hopefully then help push me into the team at Swansea and the main thing is to get as many games as I possibly can and help the team, but to develop alongside that in a similar style is much better than going somewhere I'm not going to develop.

"It was very exciting today and the first day of anything is always fresh, all new and I was just dying to get underway.

"I've been waiting to get started because I know it is a good group here, it is a good club and I really want to get underway and start playing." 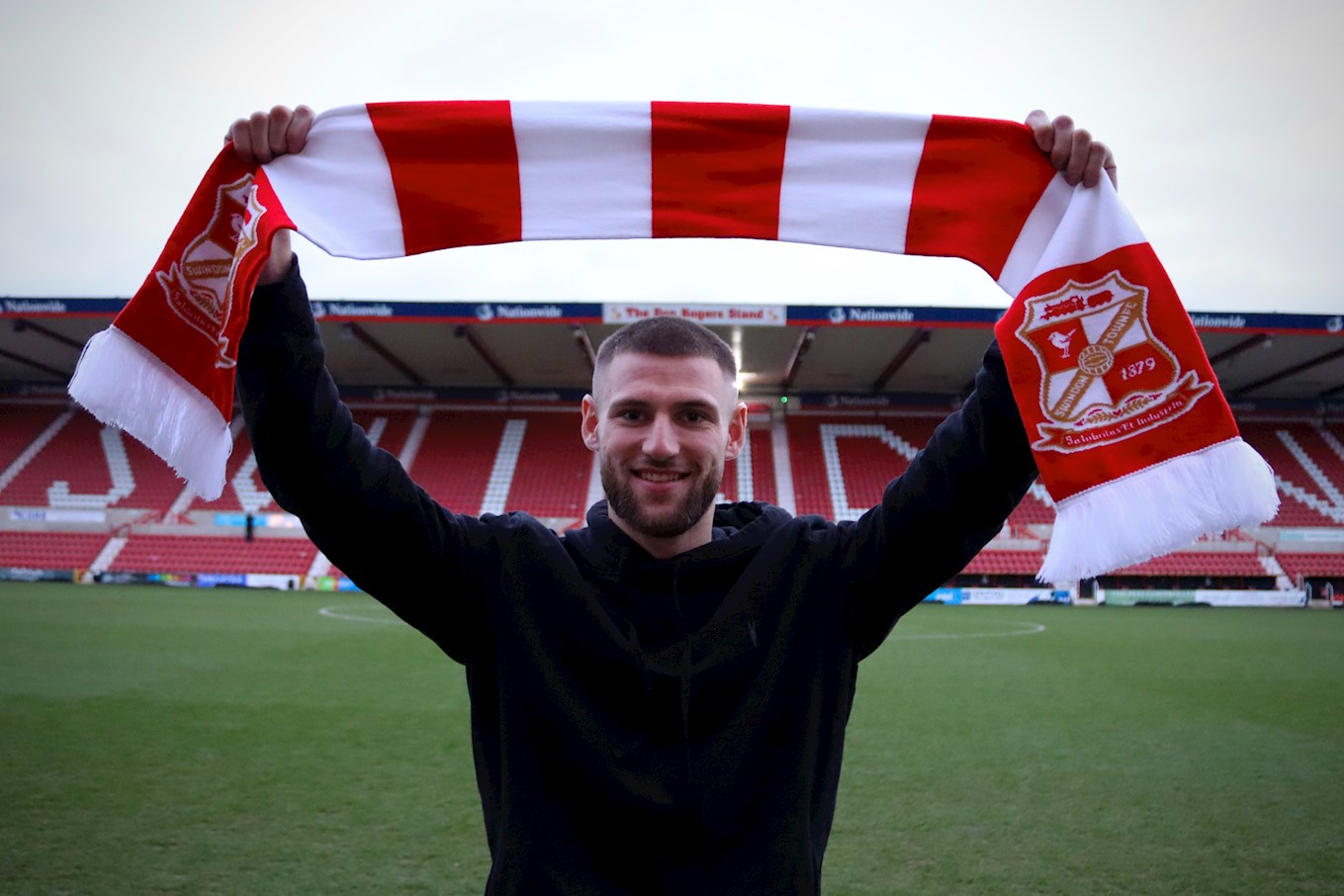 And Cooper went on to outline what exactly Swindon Town fans can expect to see from him as a player during his time at The County Ground.

"I've been on loan to Yeovil and Newport previously and had two good loans there, especially at Newport, and I got a few good games at Swansea at the start of the season and got a new contract, which has really helped me to look forward and build on my career," Cooper added.

"As a player, I'm confident on the ball, I'm aggressive, I'm Captain of Wales U21's, I'm vocal on the pitch when I play and I like to organise and I like to demand a lot from people.

"That's something I can add to what is an already good group here.

"Anyone who has played with me knows I'm aggressive, I like to win the ball and being at Swansea since six, I've been taught to play with the ball and a big part of football is keeping the ball and that is a massive reason why I wanted to come here because of the quality of the play here is so high it will help to get the best out of me.

"If I can add to the team then even better.

"I've played around 25 games in League Two and played all of the different teams in this division so I've experienced it already, I know what the league is all about, it can be a lot more direct, set-pieces is key in this league and that is a strong point of my game.

"I'm just looking forward to getting into it and getting back to playing some games."