Swindon Town Head Coach Ben Garner wants his team to go to Port Vale with confidence and make the most of having a big playing surface to strut their stuff on.

Today is a crucial fixture for the Reds following their 3-2 loss to Mansfield Town in midweek, and they will have the luxury of getting the chance to play on one of the biggest pitches in the EFL.

And, speaking at his pre-match press conference, Garner wants to see his side take the positives from Tuesday night and translate those performances to a more complete performance today.

It is a big pitch there," Garner said.

"I think we need to use that space, we need to be clever in terms of our positional play and possession, how we utilise that and also controlling the spaces without possession, so we’re well aware of that.

"It's something we have spoken about and addressed and we’re looking forward to the game.

"We were disappointed with elements of the game on Tuesday but, overall, fifty-five percent possession, twelve shots, six on target, six corners away from home, two goals - we should win the game, let alone get a point.

"So, we need to not be too disheartened, there are elements of the game we want to improve, which I think I have made clear, but overall we should still deserve to take something from the game and there’s not a massive amount wrong.

"We need to take those positives into Port Vale and go there with confidence and show that we can go there and win the game." 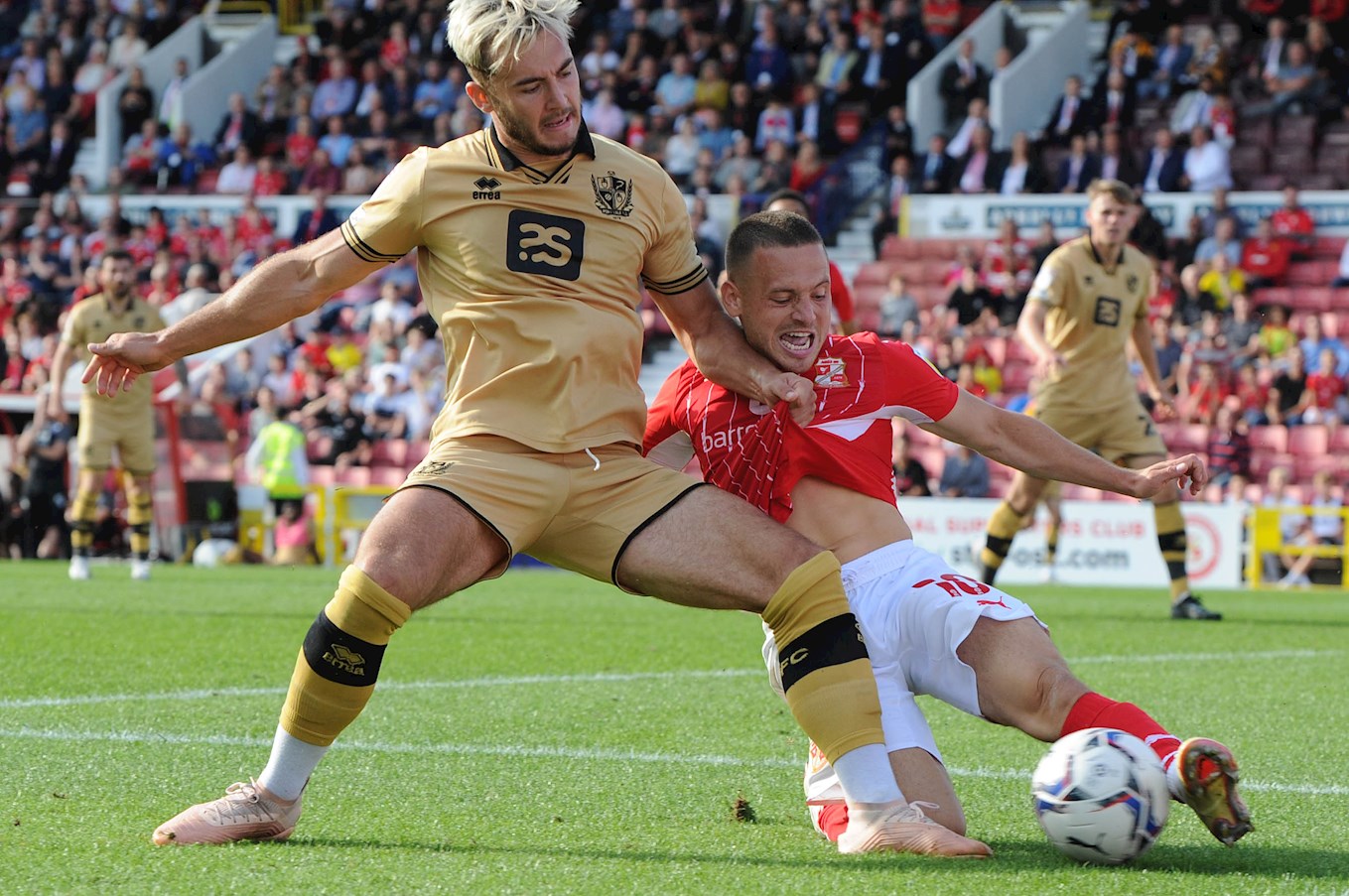 Town lost 2-1 to the Valiants in the reverse fixture at The County Ground earlier in the season, but Garner admitted that both teams are in very different places now.

"They paid a couple of transfer fees for a couple of good players that are experienced at the level, so they’ve obviously looked to strengthen.

"We assess what they have done in this period. They’ve obviously had a Covid break as well, a long period without playing and that changes where clubs are, like it did for us.

"So, we learn from the previous game. They are a very committed and organised team - Darrell’s (Clarke’s) teams are always intense with and without the ball. We know that, we have to be prepared for that, but we have got a way of playing that we think can be successful.

"We have to commit to that, we have to believe in it, but we certainly have to have that intensity and focus that is needed to get three points against anyone in this league. "