Swindon Town Head Coach Ben Garner wants his team to go and take the game to Northampton Town at The County Ground this afternoon.

In what is the first game of 2022, the Reds will be looking to return to winning ways when they host the high-flying Cobblers at SN1 later - 3pm Kick-Off.

It will be a tough test for Garner's team given that Northampton were in a great run of form prior to being hit by a COVID outbreak, and the Gaffer knows it will be on Town to come out and play on the front foot if they are to start the New Year with three points.

"We will make some changes to the team and we've got to attack the game more against Northampton," Garner said.

"At home we want to play on the front foot, we want to create as much as we can and that will be our focus going into the game.

"It looks from the outside that Northampton are in a similar situation to us in that they had their game called off on the 18th, so a similar time and it just depends on how many they had, was it in one hit or was it in separate batches of players picking it up.

"I have no idea what their team is going to be if I'm honest, we just don't know what players are coming back from it but they've been in a brilliant run of form and they are right up at the top of the league.

"It is was a difficult game when we played them earlier in the season where I thought we played really well, and we were unlucky to not win that game.

"Our focus has just got to be purely on us.

"We'll prepare for them as best as we can based on what we know and what we've seen previously, but let's make sure we get everything right in house, our preparation right and being in the best possible shape we can be." 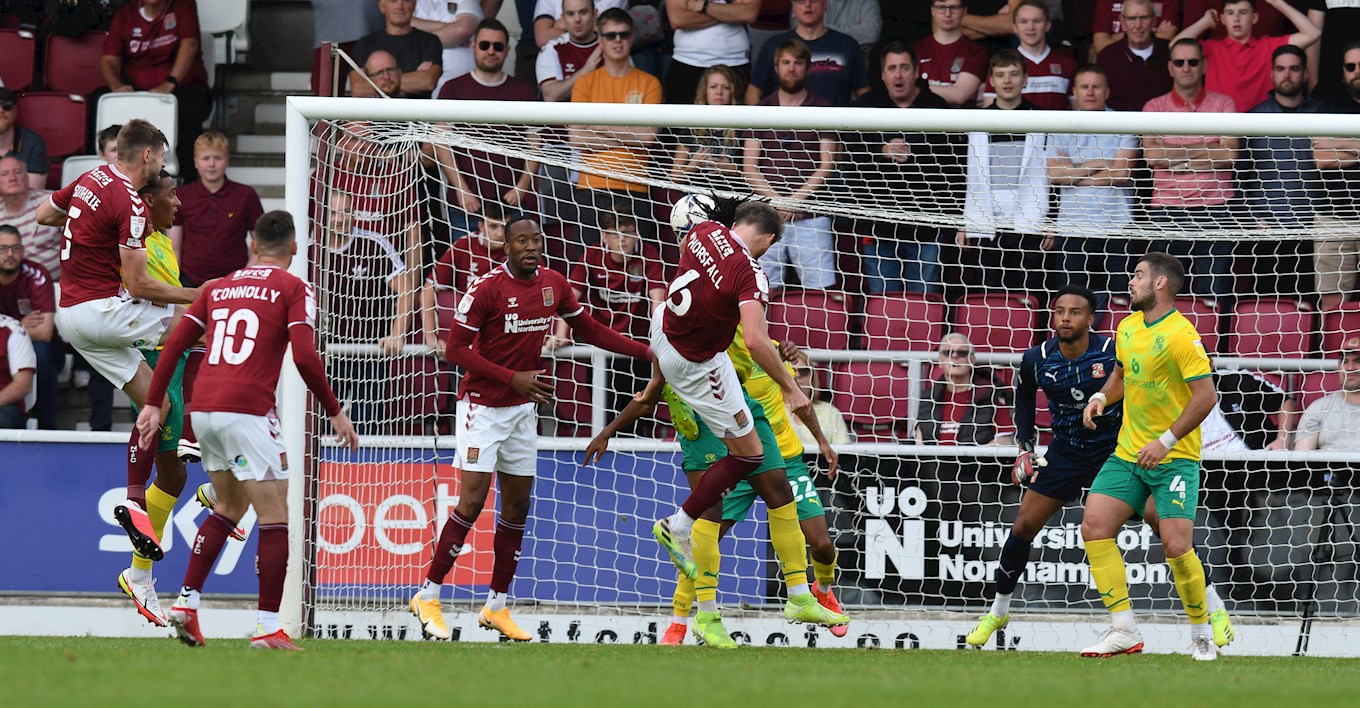 Northampton have scored more than half of their goals from set-pieces this season, including against Town earlier in the season, and Garner knows how important it will be to stifle The Cobblers' biggest strength.

"We always work on it and we'll be working on the set-pieces," Garner continued.

"We always have a meeting on set-pieces and that's their strength. Long throws, both sides of the pitch, good delivery from set-pieces and they probably have two of the best centre-halves in the league for attacking set-pieces.

"We know what a threat they pose from that, we've got to be clever, we've got to minimise the amount we concede and then we have to defend them well.

"On the flip-side of that, the more we attack, the more we have of the ball, the less opportunity it gives them to do that.

"We've got to have as much of the ball as we can and we have to have more purpose to our play than we did on Wednesday night in terms of output, creating opportunities and putting them under pressure.

"We also need to be good defensively, get our press right and try and get pressure on the ball in the right areas and be brave with our defensive line to minimise the opportunities for them to get into those positions where, if they can play it forward and win a throw-in in the final-third, that for them is success and they can then throw it into our box and try to build pressure like they do.

"We need to be intelligent with that but we've also got to defend with good desire."