Swindon Town were dealt late heartbreak in their 1-1 draw with nine-man Colchester United in the EFL Sky Bet League Two at the JobServe Community Stadium this afternoon.

Following a goalless and hard-fought first-half, Ellis Iandolo's sublime cross allowed Harry McKirdy to open the scoring late on, before Colchester snatched a point at the death thanks to Emyr Huws' late equaliser, despite the fact that the hosts had two players sent-off.

Town Head Coach Ben Garner opted for three changes from the team that drew 1-1 with Bristol Rovers the week before, with striker Josh Davison coming in to replace the recalled Tyreece Simpson.

Jojo Wollacott reclaimed his place between the sticks while Jordan Lyden also came into the Starting XI, with Lewis Ward and Ben Gladwin both dropping to the bench.

It was Town who carved out the first chance of the game as Jonny Williams won possession back before laying the ball off to Ellis Iandolo, but the wing-back's low shot was gathered with ease by Shamal George. 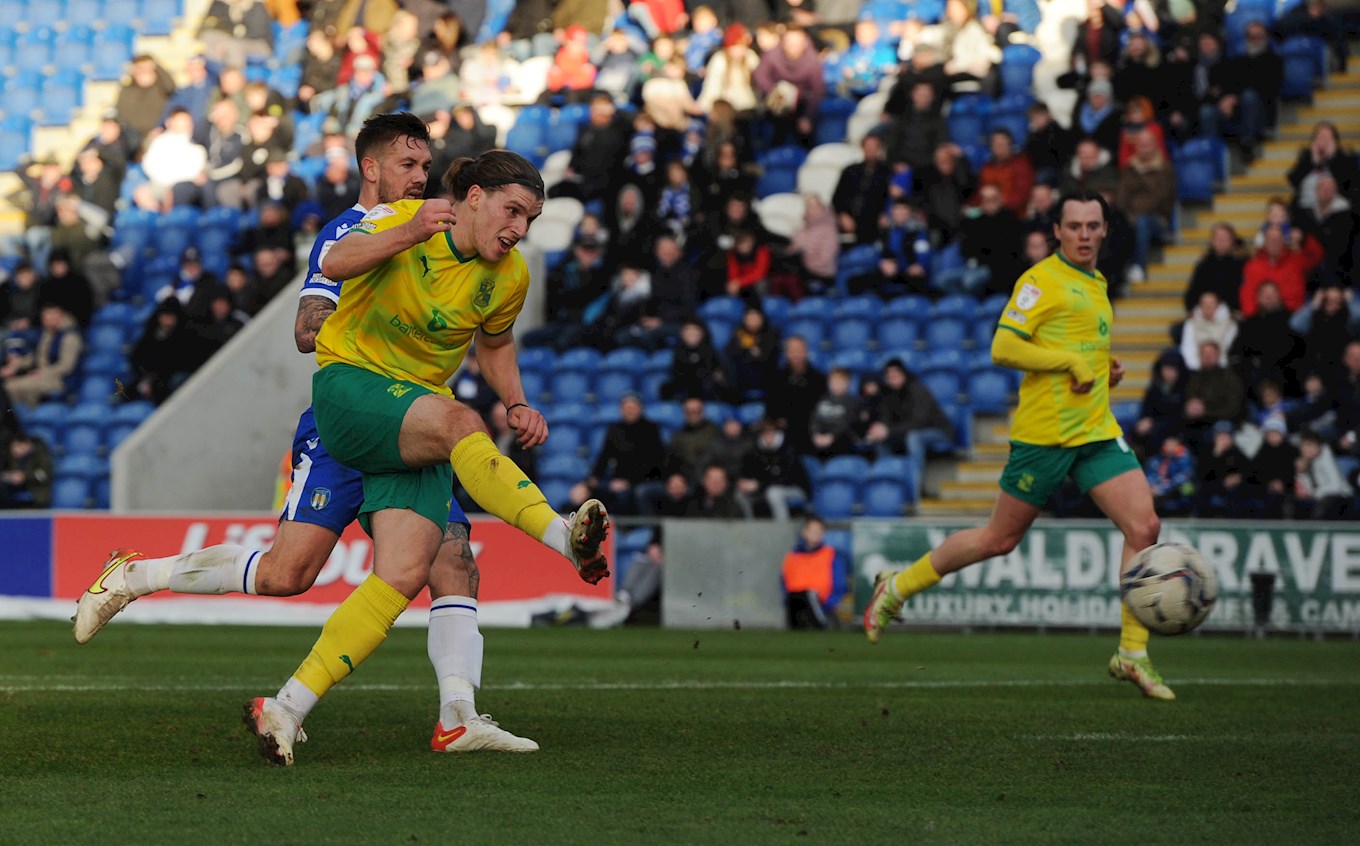 Both teams were refusing to give an inch in the opening stages of the game, while the Reds were having to work extra hard with the bumpy playing surface not exactly conducive to their style of play.

Josh Davison was impressing early on with his hold-up play and his low cross was flicked at George by Harry McKirdy, before the striker dragged a shot wide from distance after beating his man with ease.

There was then another chance for McKirdy after he latched onto a ball over the top from Akin Odimayo but, just as he was about to pull the trigger, he was robbed by Luke Chambers who did well to get back.

Both goalkeepers had to take turns to perform heroics towards the end of the half as Jojo Wollacott performed his best Superman impression to get across and tip Luke Hannant's header away, before George denied Davison after the striker was gifted the ball in the perfect position.

Brendan Wiredu had hooked an effort over for Colchester just before that, and the first-half came to a close with neither team able to sneak ahead. 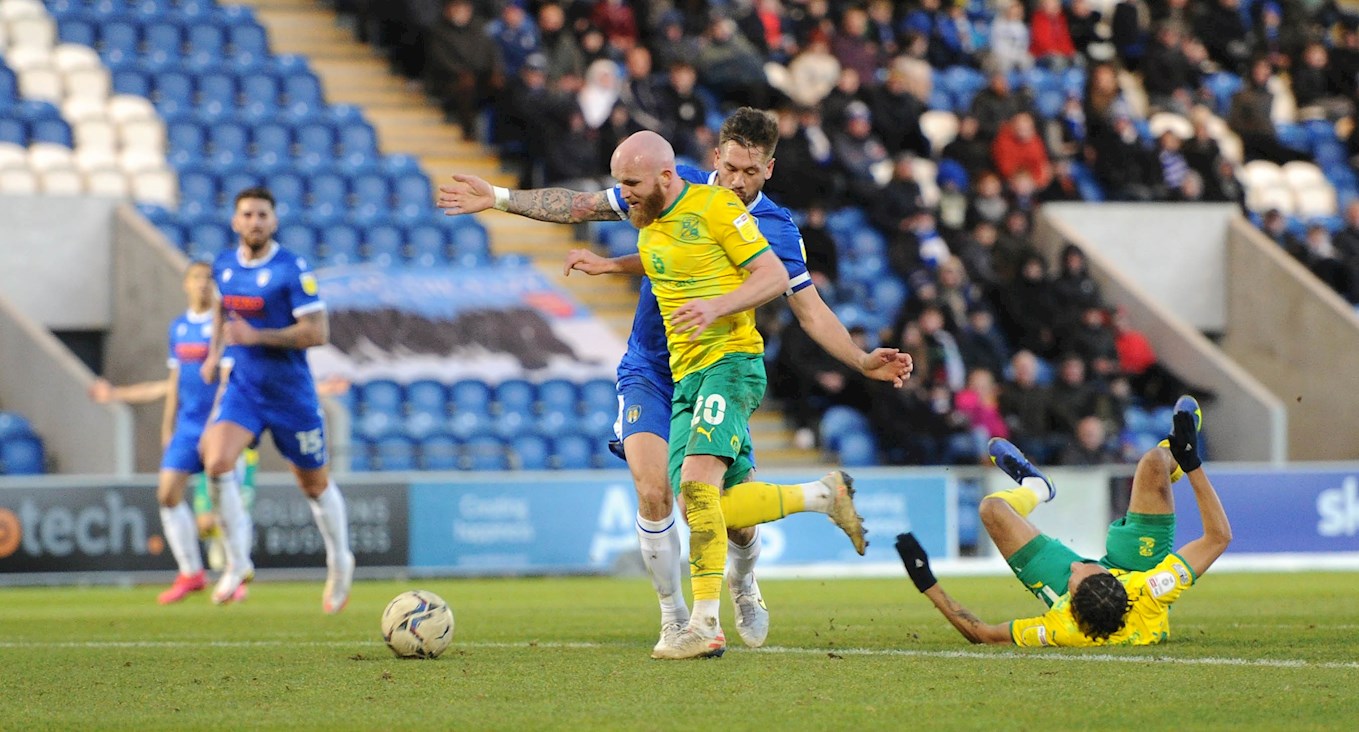 It was a bright start to second-half proceedings for Town who attacked with a real intent, and there was an early chance as Ellis Iandolo picked out McKirdy in acres of space with a superb driven ball across goal, but the forward couldn't jam the ball past George and he should have had a penalty after being tugged back.

McKirdy would eventually get his goal, though, and it came thanks to some brilliance from Iandolo who whipped in one of the best crosses you will ever see, and McKirdy was on hand to tap home the opener from point-blank range.

There was some drama in the final 20 minutes after George was sent-off for a stamp on Davison, reducing the hosts to 10 men for the remainder of the game. 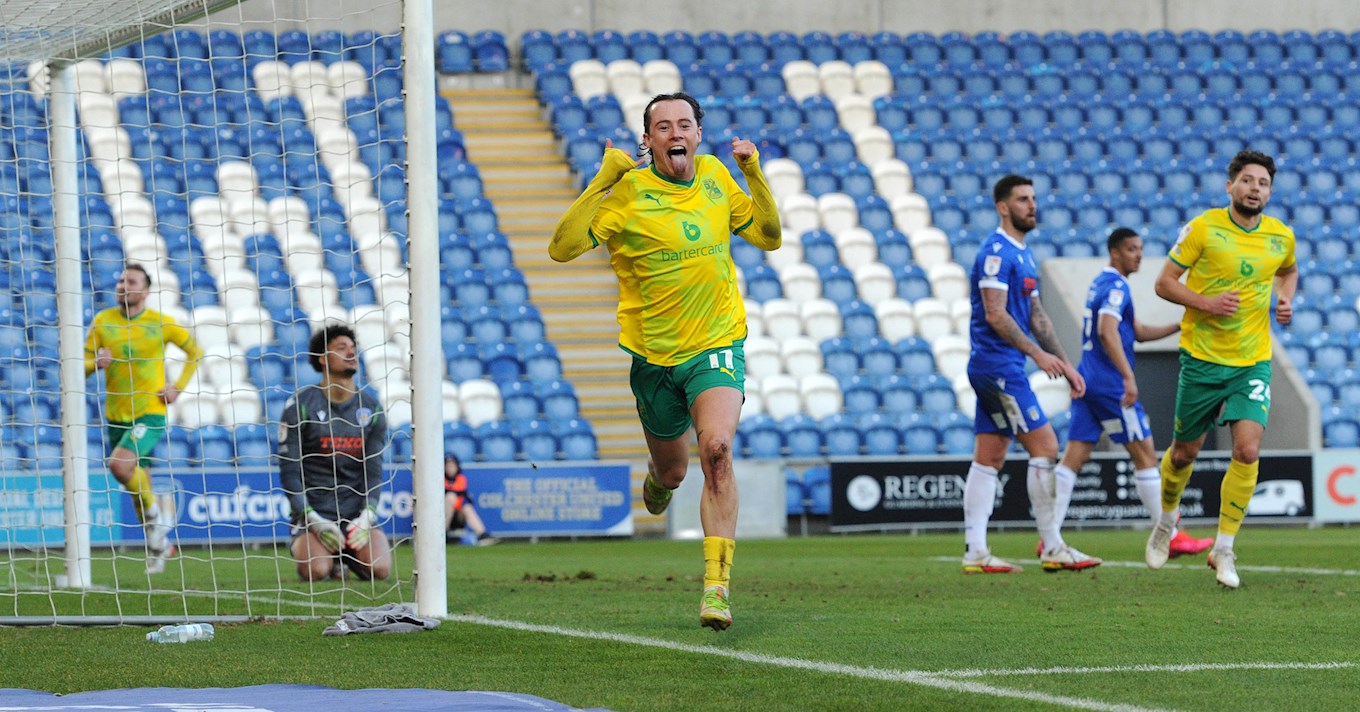 Ben Gladwin then came on to replace Jordan Lyden in order to inject some fresh legs into the midfield, before McKirdy made way for Jayden Mitchell-Lawson with 10 minutes left.

And it looked as though Town would see the rest of the game out with ease after Luke Chambers was shown a straight red card for being the last man, with Louis Reed smashing the resulting free-kick into the wall.

However, the nine men of Colchester refused to be beaten and, with the game in stoppage time, they snatched a point as John Akinde flicked on a corner and Emyr Huws was on hand to smash home the equaliser at the back post and deny Town all three points.