Swindon Town Head Coach Ben Garner praised his team's superb 5-2 win over Northampton Town on Saturday and labelled it as a wonderful start to the New Year.

In what was the first game of 2022 at The County Ground, the Reds produced a mouthwatering attacking feast of football to kick-off the New Year in style.

After Harry McKirdy's opener was sandwiched in between goals for Northampton from Sam Hoskins and Jon Guthrie, Town really kicked on and they blew their visitors away thanks to three more efforts from McKirdy and a superb goal by Tyreece Simpson.

It was a memorable day at the office for the Reds and, in the wake of the game, Garner sat down with the local media to give his thoughts on the win, the performance and lots more... 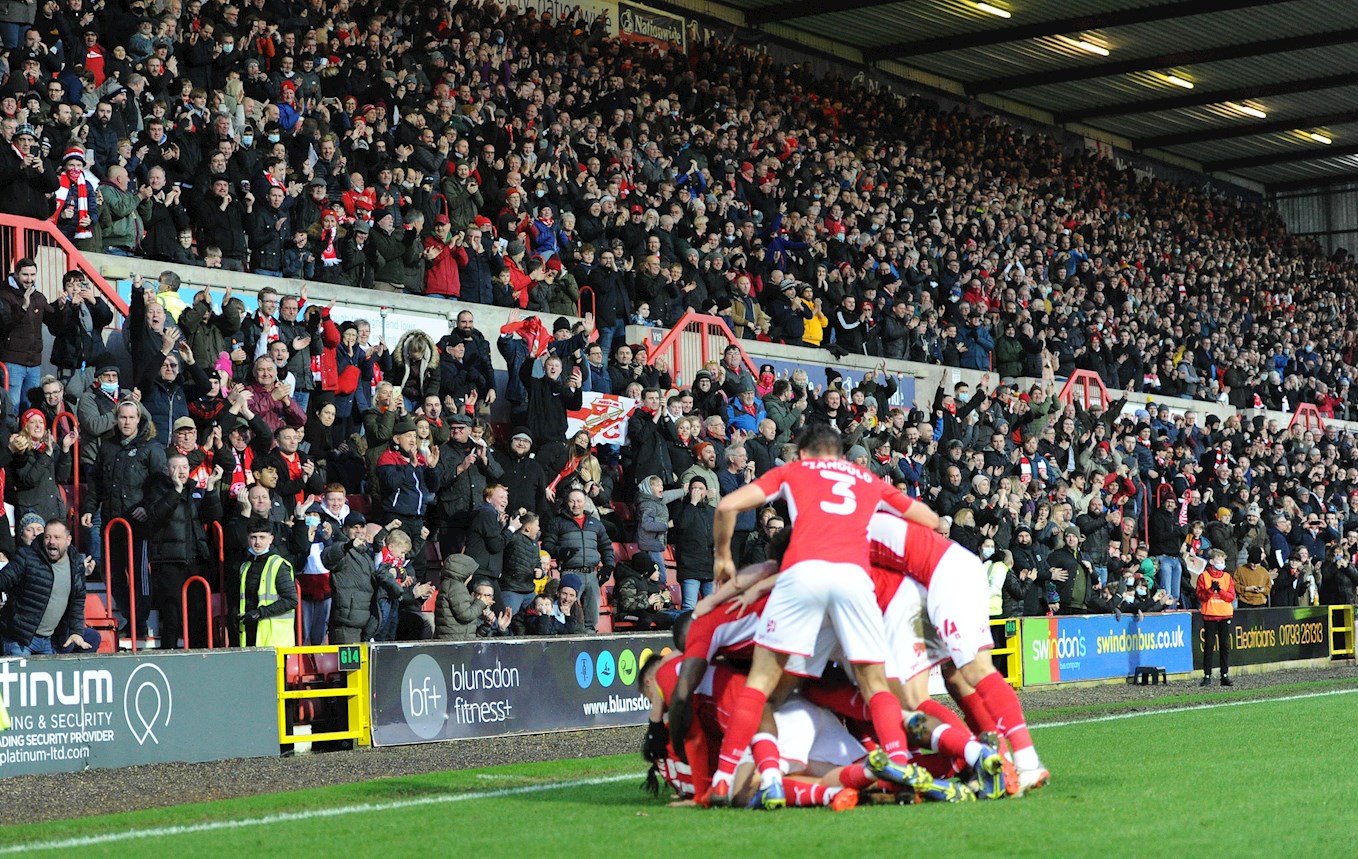 "It is fantastic and a wonderful way to start 2022 and let's hope we can build on that.

"I think massive credit to the players for what they've done this week because four points from those two games under the difficulties we've had, it puts the Stevenage point and performance in perspective now off the back of that.

"It has been a fantastic week, we're delighted with the four points from those two games and we look to push on from there.

"It was just blowing the cobwebs off from that period and it was hard work Wednesday night, but it allowed the players to get valuable minutes into their legs and allowed us to be a bit sharper on Saturday.

"It allowed us to make a couple of changes, we were able to bring a couple in who had a couple of extra days training, and there was a mentality shift there as well with and without the ball.

"That's something we've got to take into the remaining games in the league, regardless of whether we're home or away." 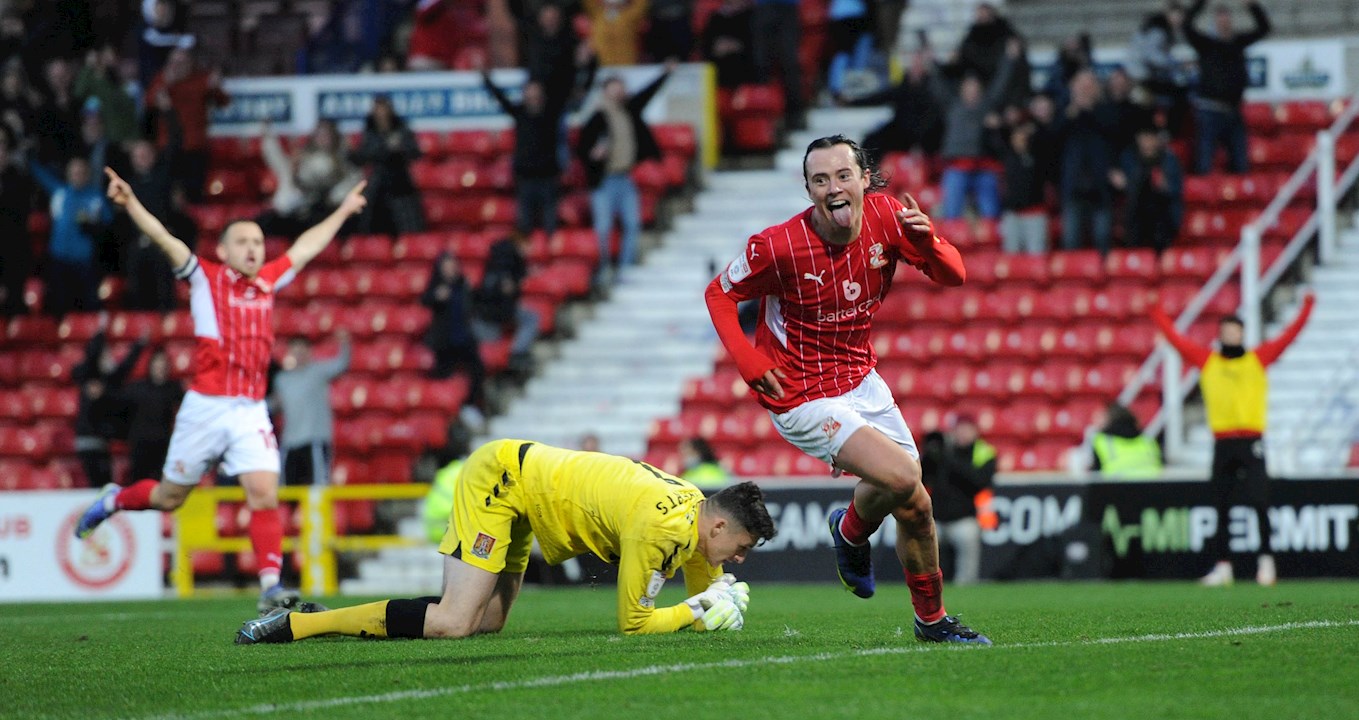 "It was probably the best afternoon of his career, I'd imagine.

"We could have had eight or nine and that's not being disrespectful, we hit the post twice, we hit the bar and we could have done that three or four times this season, but we haven't.

"The difference on Saturday was we were clinical, we were ruthless and the intensity was there. That gave us the world of confidence and we've got to build on that now as we push forwards.

"The second finish on his left foot was a wonderful finish, the first one was an instinctive finish and even the little toe poke that their keeper made a wonderful save to put on to the post.

"I thought both him and Tyreece today were as good as they've played as a pair, they were both outstanding and I think that takes them both to double figures now which is a fantastic return and delighted with the pair of them." 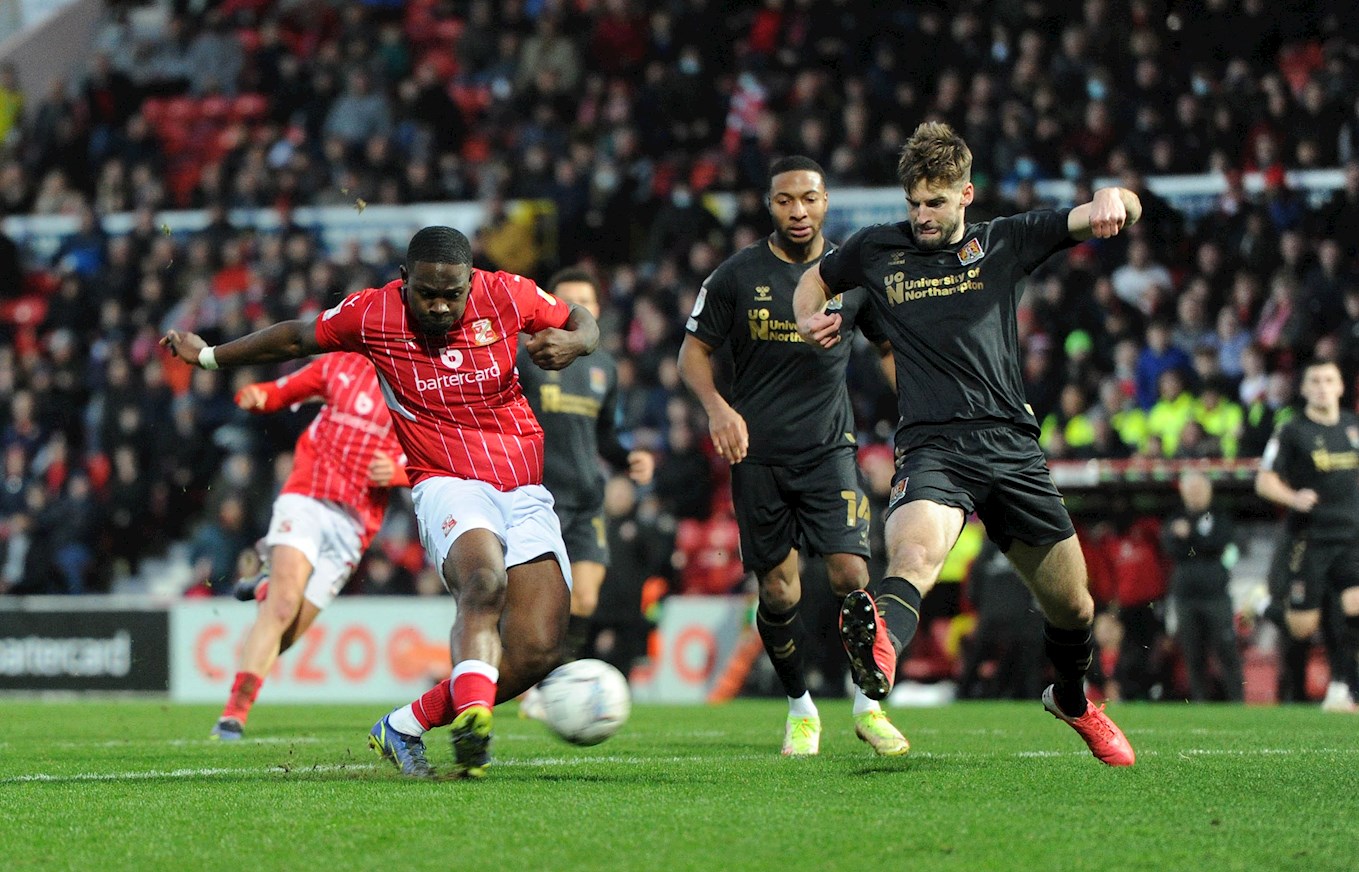 "If you've got a front player giving you energy like both Tyreece and Harry did, then it lifts everyone and it gives us incentive from the start in terms of what we're doing with our press and our energy.

"When you are a midfield player, even defenders in our team and you're looking up and you're seeing the movement they are giving, it makes such a difference." 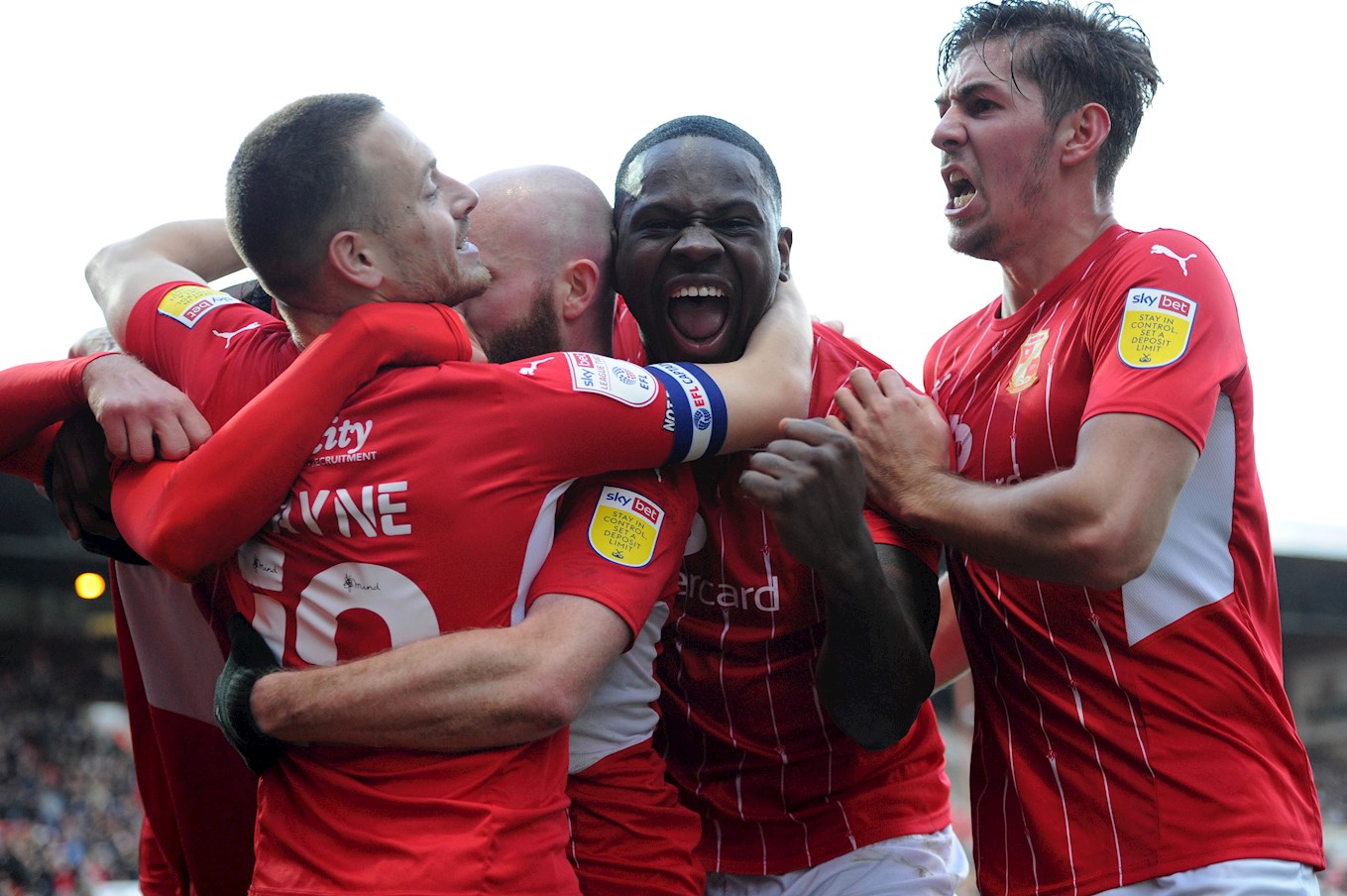 "I thought right the way through the team it was an outstanding performance and I loved the mentality today.

"They are basic decisions but we responded, we didn't let it affect us and we blew them away in the second-half. Full credit to the players for their response.

"Northampton are as good as a set-piece team as you will play in this division, they are fantastic, they've got two centre-halves who have scored a number of goals, they are a big threat, they have fantastic delivery and we knew that and, on the whole, I thought we stood up to it well.

"We restricted the number we gave away and that's four points against Northampton this season. They are a very, very strong team and I think they will feature at the top come the end of the season, so we're really pleased with that." 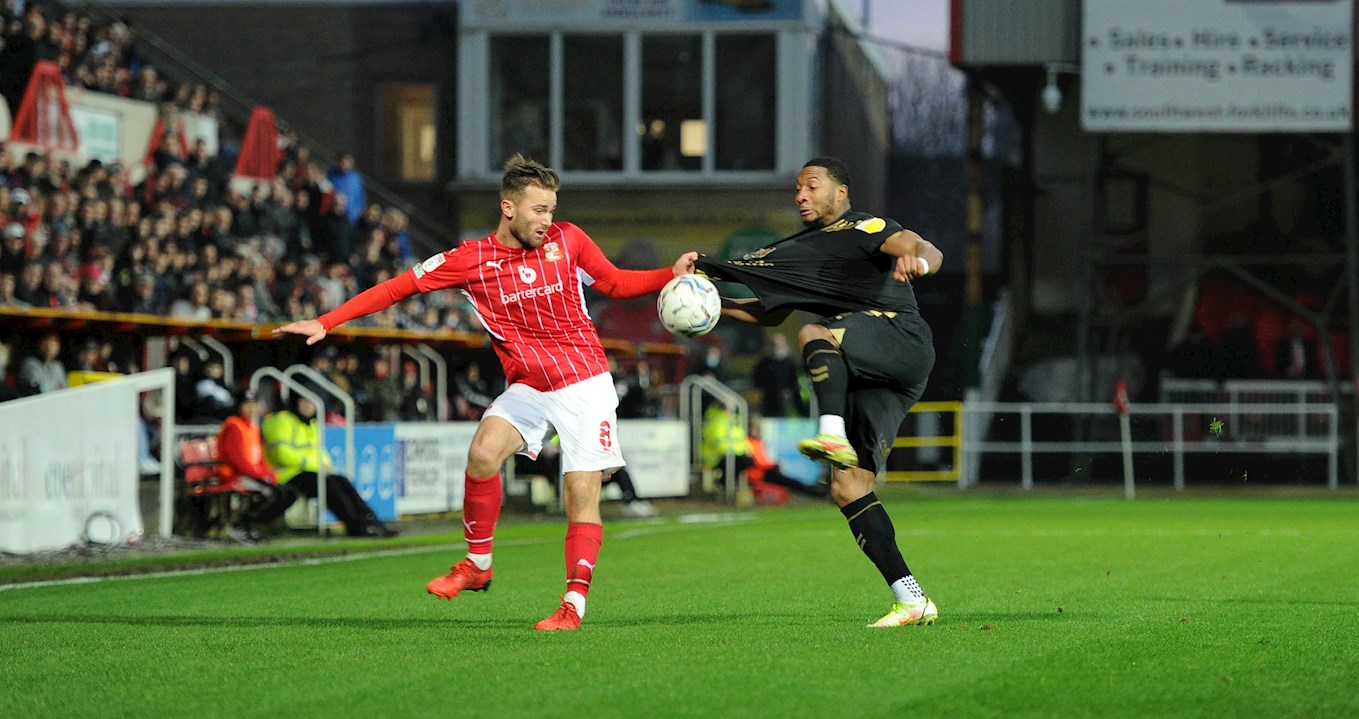 "I thought Jordan was excellent today. He's been chomping at the bit to get a league start and, like I said at the start of the season, he's been rushed back previously and put his body on the line and he's the type of character who will do that.

"That's not right and we took the view for him as an individual, as well as us as a club, the right thing was to take our time, get everything right with his body and he's been fit for a long time.

"He's played the EFL Trophy games, we've got fantastic competition in midfield, we really have and he's been chomping at the bit to get an opportunity and he certainly took it today."

Garner On The Week Ahead...

"I think it is a big help and we can look forward to the (Man City) game now with four points this week and a great win today.

"We're now going to take on currently the best team in England and, for me, the top three in the world without any shadow of a doubt, so it will be fantastic occasion going up against some of the world's best players and in my opinion, the best manager in the world and we look forward to it.

"It is a fantastic challenge for us, we want to win the game, we know how difficult that will be and we know we are going to have to be at 100 percent in our performance levels right across the pitch and that's what we'll be looking to do."