Swindon Town head coach Ben Garner gave a candid evaluation to the press following his team's 3-2 defeat to Mansfield Town at the One Call Stadium.

Despite performing well in the second half and experiencing the majority of possession throughout the game, Town's comeback surge came too late, with The Stags claiming all three points from the game on Tuesday evening.

In the wake of this defeat, Garner spoke with the local media and gave his thoughts on the performance, the result and more...

GARNER ON THE RESULT AND THE PERFORMANCE:

"Disappointed with the goals we conceded. Much improved second half. I thought we were much the better side second half and had enough chances to take at least a point.

"Difficult pitch, it was tough certainly to pass the ball on there and we didn’t do that well enough in the first half. We let them build momentum with things and that caused us problems really, doing that. But as I say, much better second half, at least we can take some pride from that and it gives us some momentum going into the game Saturday.

"We’re disappointed to lose because, for me, we didn’t work hard enough and compete enough in our first half and that’s ultimately what has cost us the game." 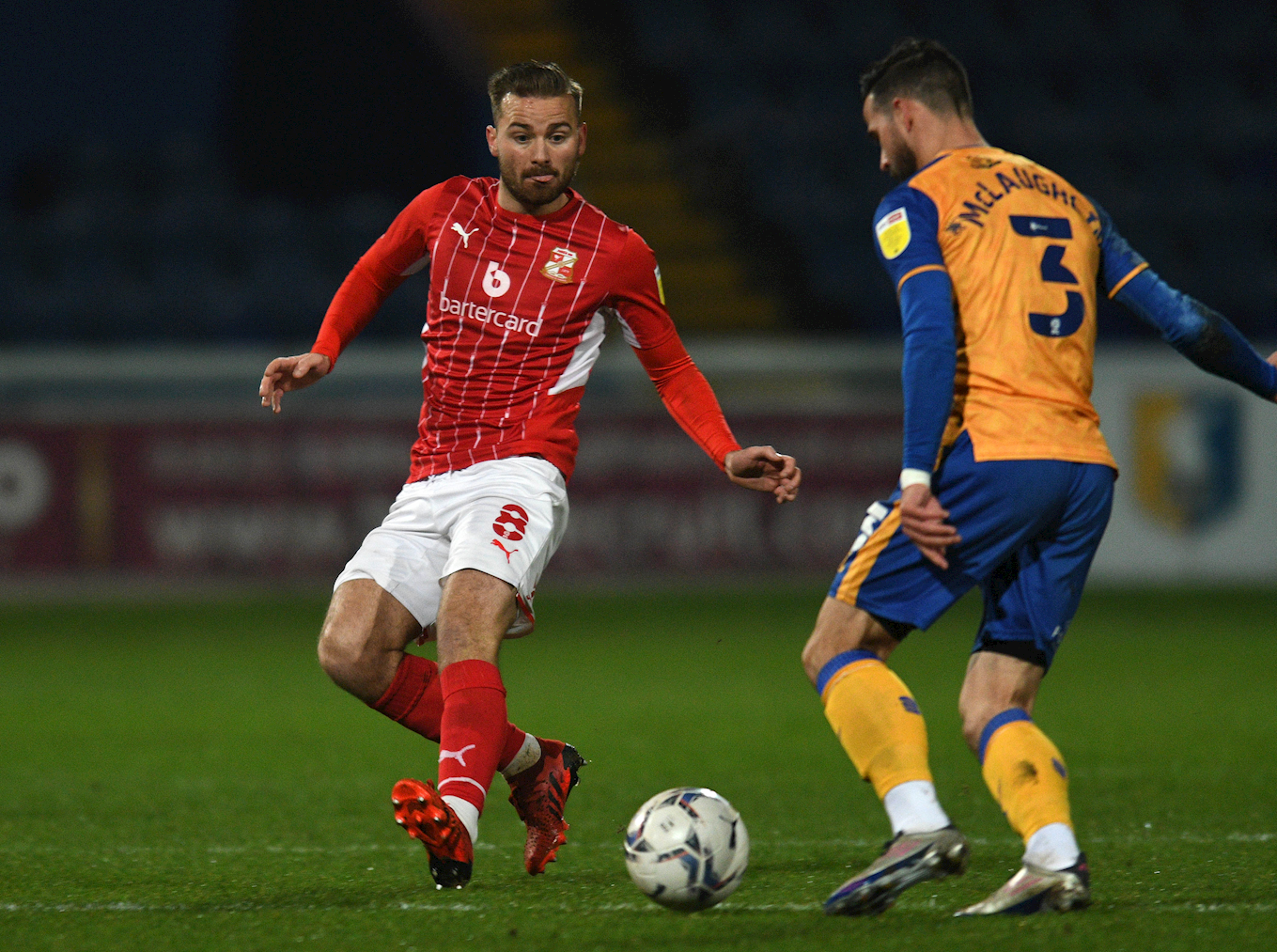 GARNER ON THE PENALTY TOWN DID NOT RECEIVE:

"Yeah, I mean I’ve just seen both decisions back. Again, we’ve had a stonewall penalty not given. I sound like a broken record but, you know, Hunty (Rob Hunt) gets a touch in the box and he gets taken out, it’s a penalty. We don’t get it given."

GARNER ON THE PENALTY GIVEN AGAINST TOWN:

"I couldn’t tell on that one whether AK (Akin Odimayo) got a touch on the ball or not, but I don’t think he needed to make the tackle. Oates was going away from goal on his left foot, I thought AK had done well and delayed him, probably didn’t need to make the challenge but, once you do, you give the ref the opportunity to make the decision, but he’s given that one, he’s not given the one at this end and that’s been the story of our season with officials really." 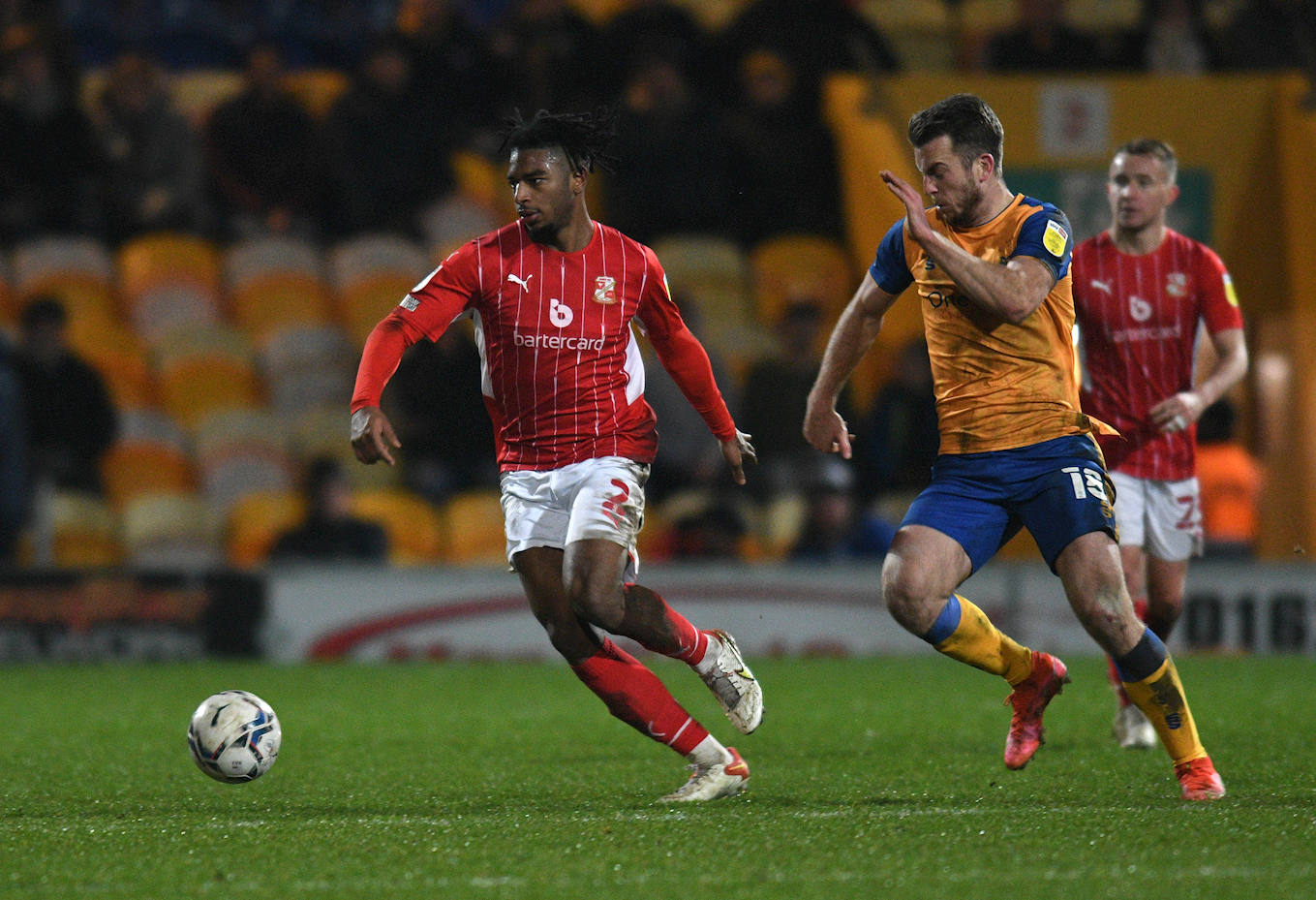 "We didn’t track the run. Not good enough. It was not a great kick, came straight back at us but the ball drops, we have to drop and track the run and it was a little bit of two players, one both thinking the other one will do it, and that was the story of our first half really, and, like I say, much better second half, much more where it should be. If we would have played like that for the ninety minutes, I’m confident we would have come away with at least a point, if not all three."

GARNER ON A POOR FIRST HALF OUTING:

"I don’t want to see it again. We will go behind in games, we will lose games, but we have to compete and we have to be at it in terms of our intensity. Our physical distances in the first half were no way near where they should be, nowhere near what they normally should be.

"Second half will be through the roof compared to the first, so that’s a lesson we’ve got to take on and we have got to make sure that between now and the end of the season that we compete in every minute of every game.

"I was angry at half time. We weren’t good enough with the ball, but we can improve that, we can change things up tactically and we can make points to help the team. If you don’t compete, you’ve got no chance in this league in any game. So, strong words at half time, good response second half. We need to make sure that that never happens again."

GARNER ON WHAT TOWN CAN BUILD ON FROM TONIGHT:

"We had a lot more energy second half, we had a lot more intensity about us. I thought we were the better side and we created some great chances, some great great chances, and we could have had three or four goals in the second half, so to come away with nothing from that second half performance is disappointing but you can’t give yourself that mountain to climb to concede three goals, it is always going to be really really difficult and ultimately we left ourselves with too much to do."

"Well obviously we needed to make a change, we have no Kaine (Kaine Kesler Hayden) now, (with him) going back to Aston Villa, so we moved Rob Hunt up one position into there and felt that there was an opportunity for Jake to go in and it was a tough game for him to start with. I thought he grew as the game went, I thought he got better as it went on. Overall it was a decent debut for him and I think he’ll kick on and do great from here." 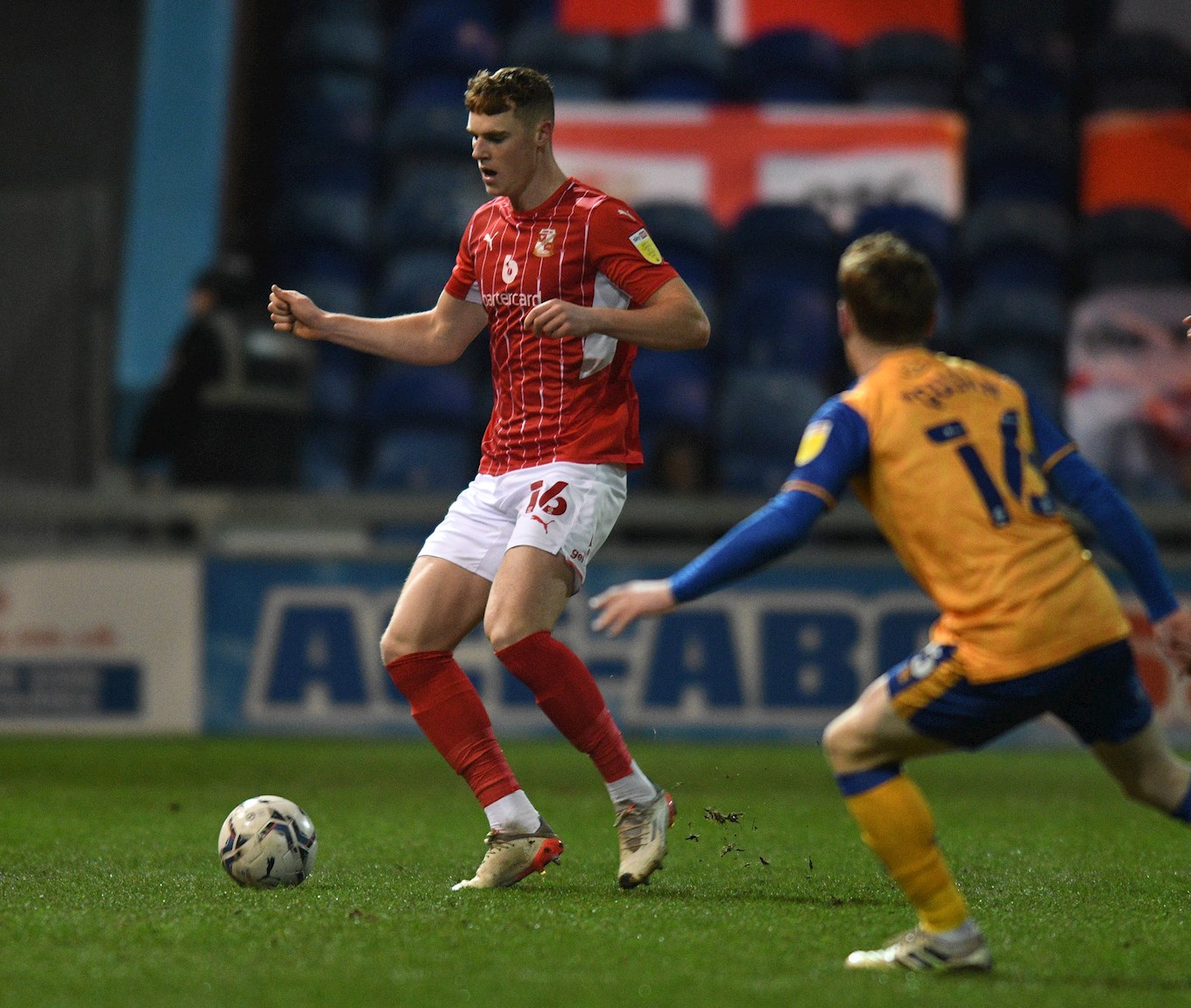 "Mansfield were good, they were good at what they do, and like I say, it is really difficult, the pitch, in terms of trying to be able to play football on it. It is very heavy, it is very soft, and on dropping balls they get good bodies around it.

"(Mansfield) competed really well tonight, credit to Mansfield, I thought they were very good, but we were better in the second half. We moved the ball quicker, we got it through the pitch quicker, we competed a lot more, created good opportunities and we made better decisions.

"We made too many wrong decisions in the first half and they got on top in terms of the duals and the fifty-fiftys etcetera, so credit to them. We look at ourselves, it is solely down to us, that first forty five minutes has cost us the game and we have got to take that on the chin and now look forwards."