Swindon Town Football Club are delighted to announce the signing of forward Josh Davison from Charlton Athletic until the end of the season.

Davison joins on loan from the Addicks for the remainder of the 2021-22 EFL Sky Bet League Two season, and he will give the Reds some firepower in the final-third of the pitch.

Davison will add a different dimension to the Town front-line. His hunger and style of play should make him an immediate fans' favourite at SN1.

Davison was highly-sought after by a plethora of different clubs, but ultimately chose to continue his development with Town.

Having begun his career with Peterborough United, the powerful forward had loan spells with St Neots Town and Wisbech Town, before going on to score 16 goals in just 21 games for Enfield Town.

That deadly form in-front of goal alerted Charlton Athletic, who snapped up Davison and he went on to make his first-team debut for the club just a week later in a 2-2 draw with West Bromwich Albion, netting a header in the same game.

Davison would go on to score a late equaliser against Portsmouth as he showcased his ability to be able to thrive at a high-level, while he has experience of playing in League Two having spent a spell on loan with Forest Green Rovers last season. 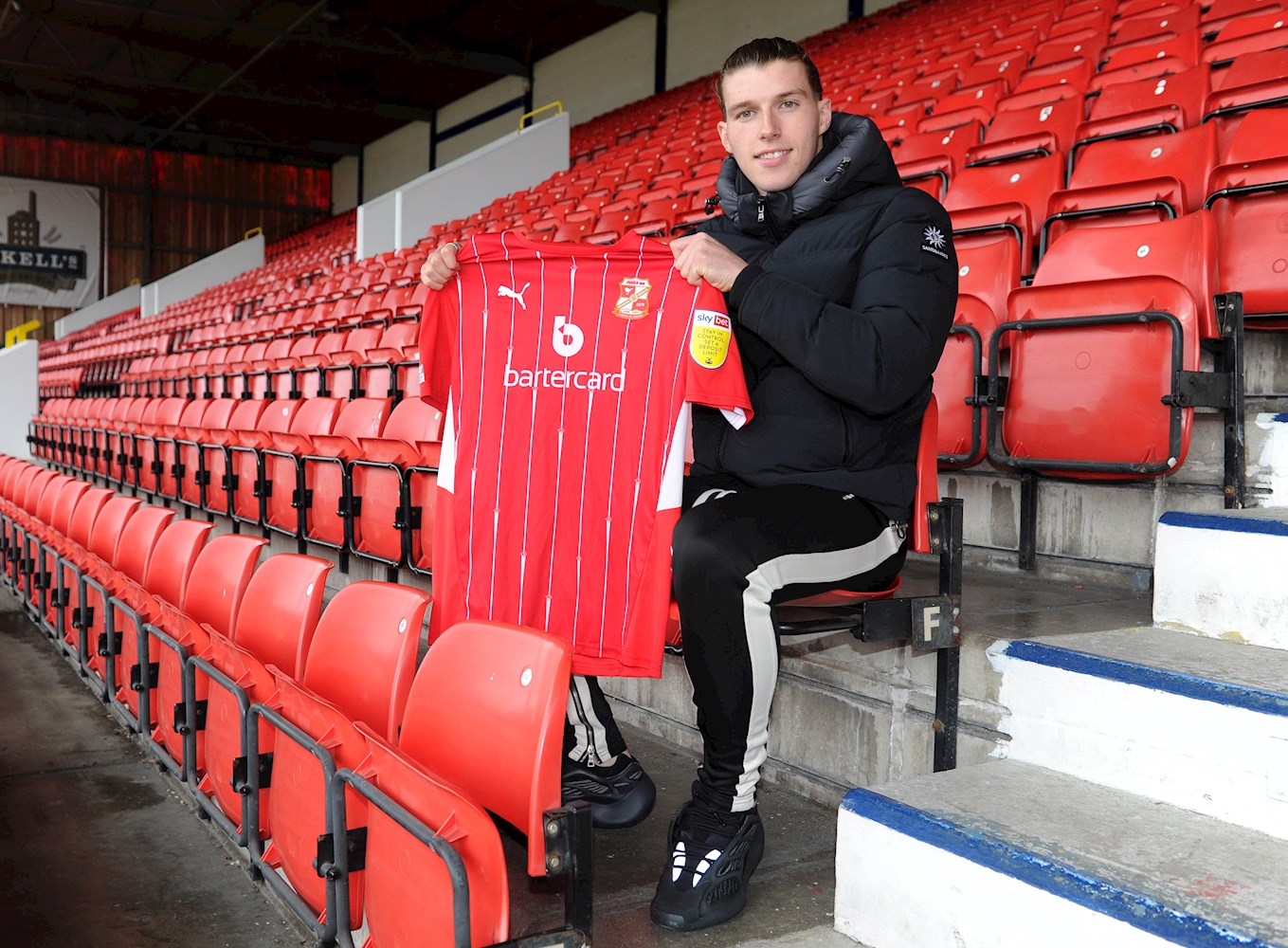 “We wanted someone that has played games this season. He’s made 15 appearances at the level above and scored goals.

“He knows what it’s like to be at a big club and play in front of big crowds, another very important factor for the second-half of the season.

“We wish him the very best with us.”

Davison should prove to be a big hit at The County Ground and he expressed his delight at joining the Reds on loan.

"I'm buzzing to be here and part of the team and I just want to kick on now," Davison told swindontownfc.co.uk.

"I needed game time, the team is doing well, I know a couple of the lads and they play good football. I've watched a few of their games on TV and it appealed to me straightaway when the opportunity came.

"I want to score goals and help the team as much as I can.

"I'm strong and quick, I like to hold the ball up and get in the box and score some goals."