Swindon Town Football Club can confirm that Tyreece Simpson has been recalled by parent club Ipswich Town with immediate effect.

Simpson arrived at The County Ground on loan back in the summer with plenty of promise, giving Head Coach Ben Garner a legitimate No. 9.

The powerful frontman came on leaps and bounds during his time at SN1, developing rapidly on a day-to-day basis on his way to becoming one of the most productive and feared forwards in the EFL Sky Bet League Two.

Boasting a deadly combination of pace, power and clinical finishing ability, Simpson formed a dangerous partnership with Harry McKirdy and emerged as a key cog in a Town team that has outperformed expectations all season long thus far. 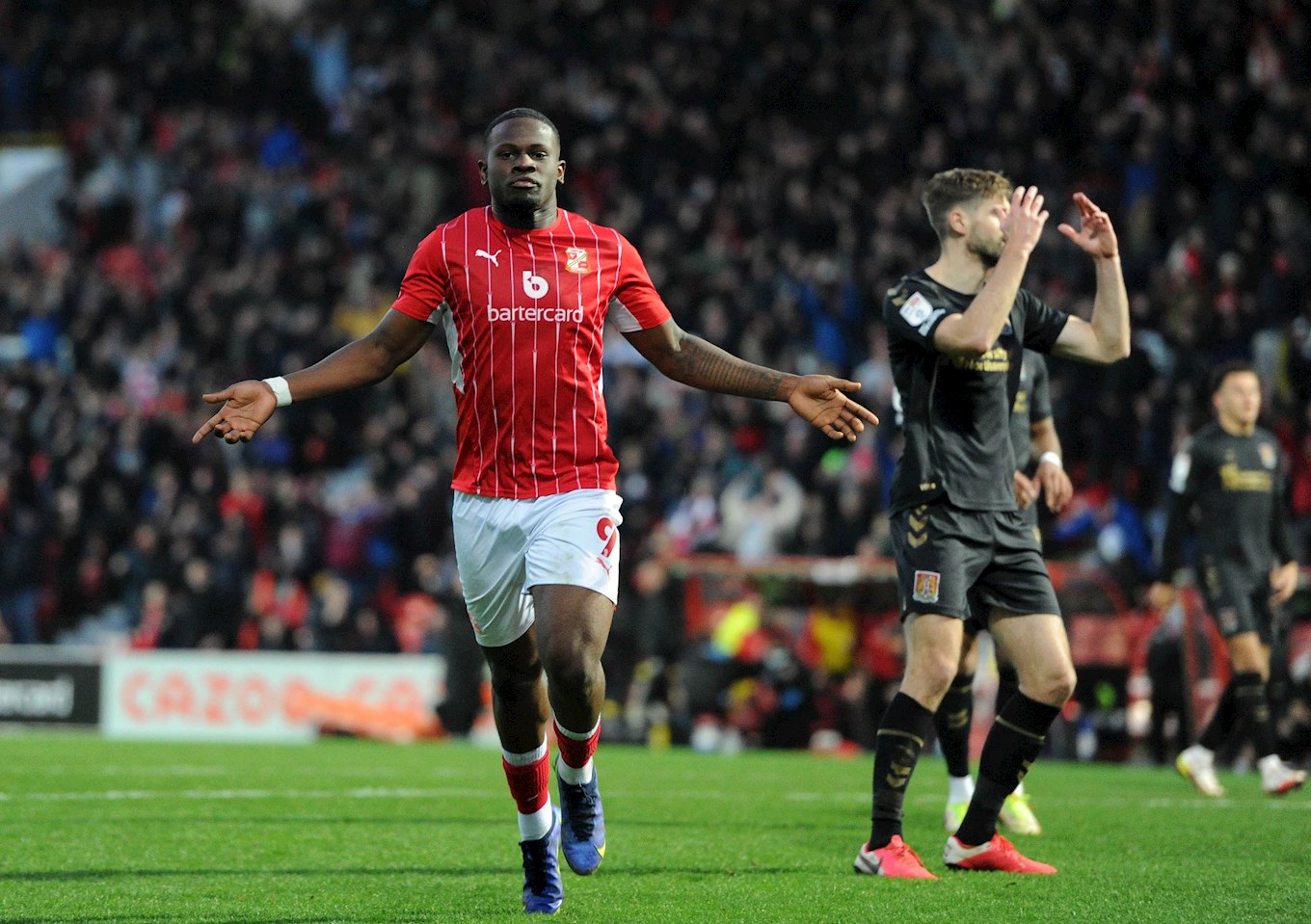 Swindon Town's Director of Football, Ben Chorley, said: "I think it shows the success the club has made with our loans. Tyreece made massive strides here.

"His development and his games and goals for a 19-year-old inexperienced lad was fantastic.

"He's another young player that goes back to his club 100% better tactically and technically.

"We wish him all the best in his career."

Everyone at Swindon Town would like to thank Tyreece for his considerable efforts during his time with us, and we wish you the very best of luck for the future - we have no doubt you will go on to have a wonderful career in the game!